See Inside an Over-the-Top Birthday Party

The private birthday party managed to be sophisticated while still executing an intricate theme.

A Washington couple’s love of nature inspired the event spaces at an over-the-top joint birthday party that took guests to the Negev Desert, a lush forest, and a concert under the stars. The event, which brought 120 guests together for cocktails, dinner, a private concert, and an after-party, took place in the fall at the Andrew W. Mellon Auditorium.

“I asked them, ‘Why don’t we bring the outdoors indoors?’ It was as simple as understanding who they were as a couple and turning that into a four-hour moment for the husband and wife,” said Jodi Moraru, president of Evoke, which designed and planned the event.

Cocktails took place in the venue’s marble-clad foyer, which Moraru designed in tones of brown, gold, and cream to evoke Israel’s Negev Desert. A custom bar had a faux stone surround and Plexiglas covering a water feature. Dinner was served at two long, parallel tables surrounded by both real trees and lighting projections of trees to create the feel of dining in a forest. The room was divided using emerald green fabric that had real ivy cascading down from it. Guests were led by staff carrying lanterns into the after-party space, which was designed as a starry night with clock and moon motifs that evoked the concept of time.

Each part of the evening had its own entertainment, including jazz during cocktails, a Spanish guitarist during dinner, and a nationally known performer after dinner followed by a dance band.

“It was so personal,” Moraru said. “There were large-scale items, but within everything was a special detail. And that’s what sets apart an event like this.” 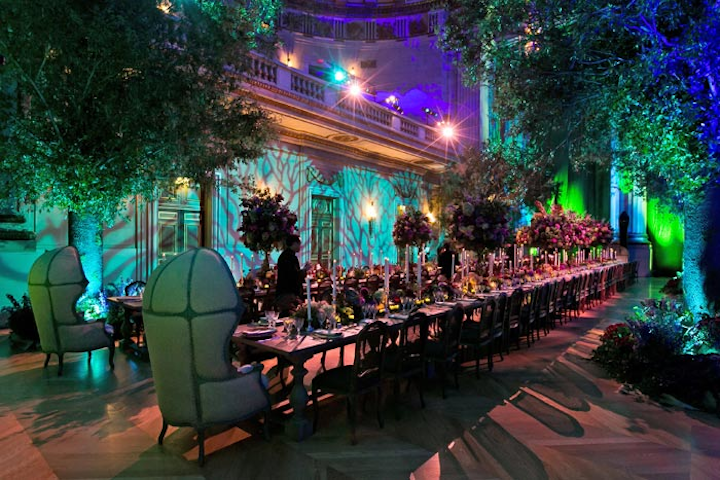 The dining space was surrounded by four living trees as well as projections of trees to create a forest-like atmosphere. The lush flowers from Amaryllis included a mix of high and low arrangements along the length of the table.
Photo: Geoff Chesman Photography 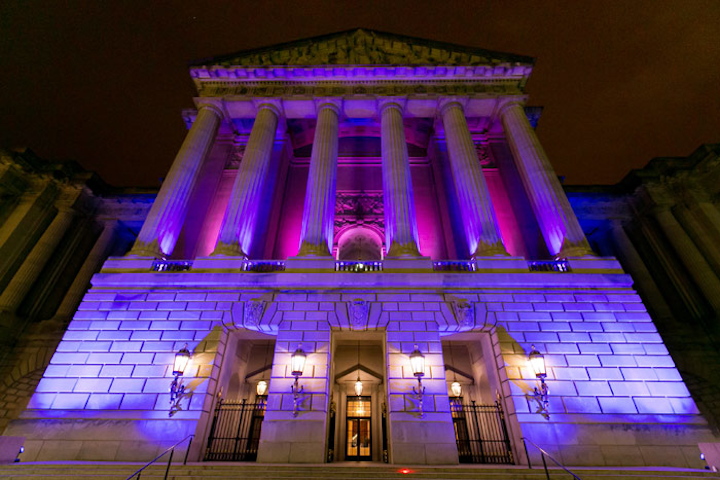 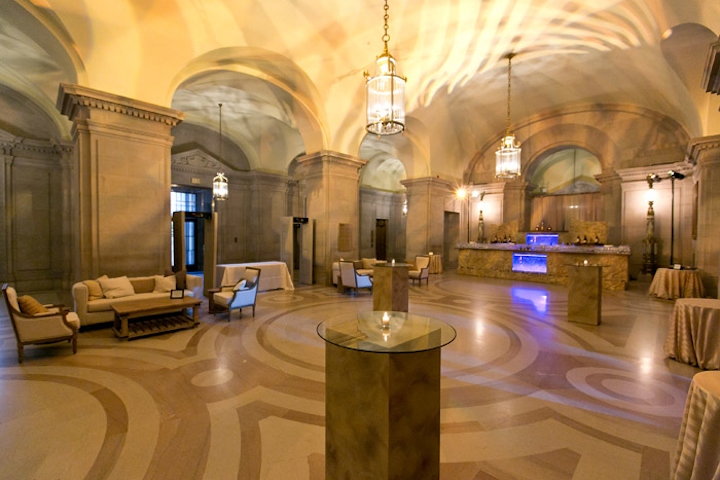 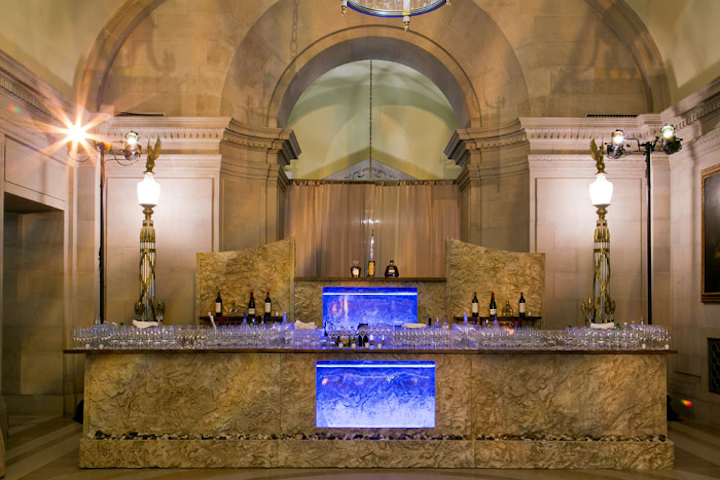 A custom bar was created with textured faux stone and had real stones at the foot. Water features—normally not allowed in the venue—were contained with Plexiglas.
Photo: Geoff Chesman Photography 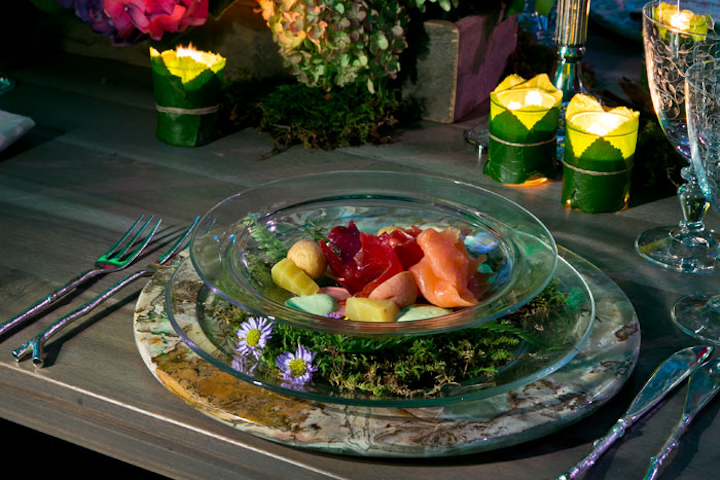 The first course from Occasions Caterers was served on clear dishes with moss, flowers, and pine needles nestled in between the bowl and the plate, reinforcing the room's forest-like decor. The flatware resembled twigs.
Photo: Geoff Chesman Photography 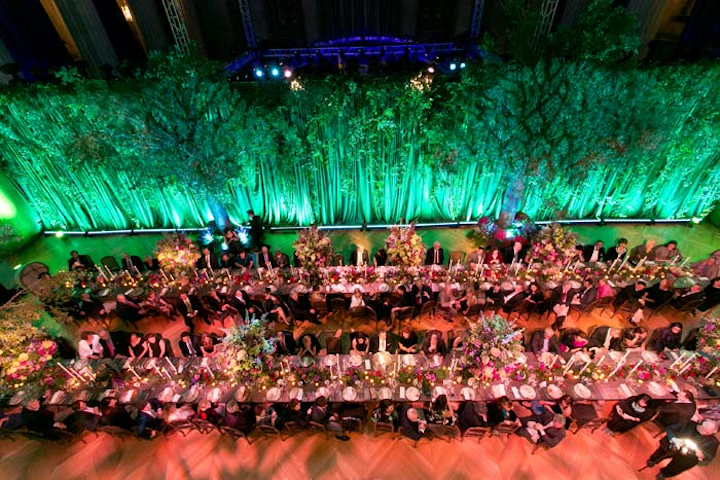 An emerald green curtain divided the dining area from the after-party space. "I reestablished the layout of the space as people would know it," planner Jodi Moraru said. "Nothing about it felt familiar."
Photo: Geoff Chesman Photography 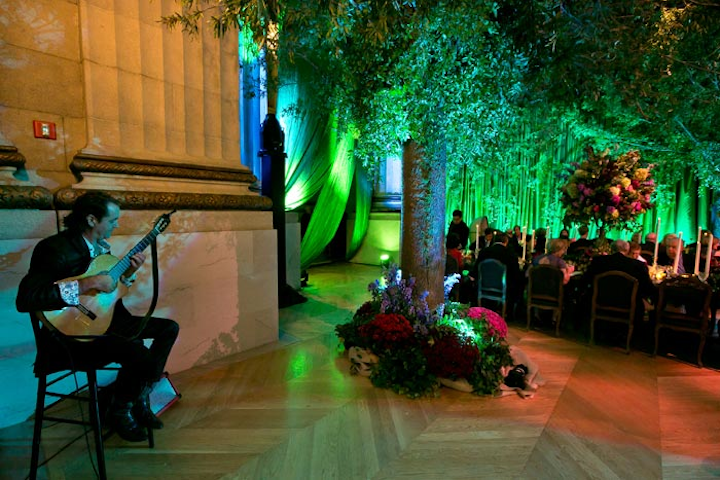 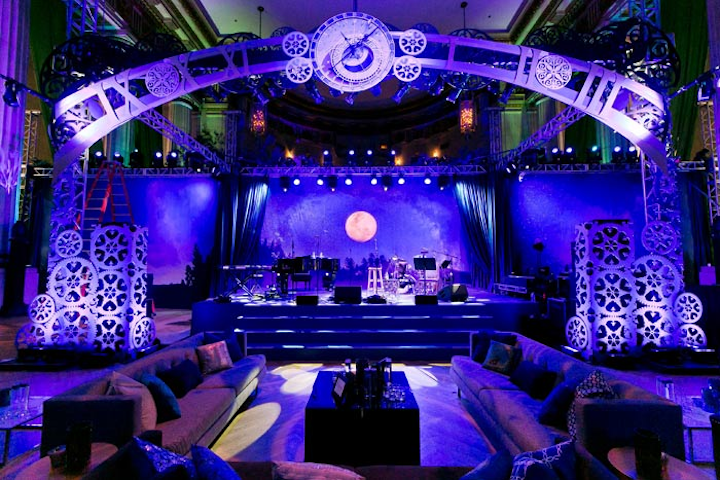 After dinner, guests were ushered by staff carrying lanterns into an area meant to look like an outdoor space. The after-party began after a concert on the main stage.
Photo: Geoff Chesman Photography 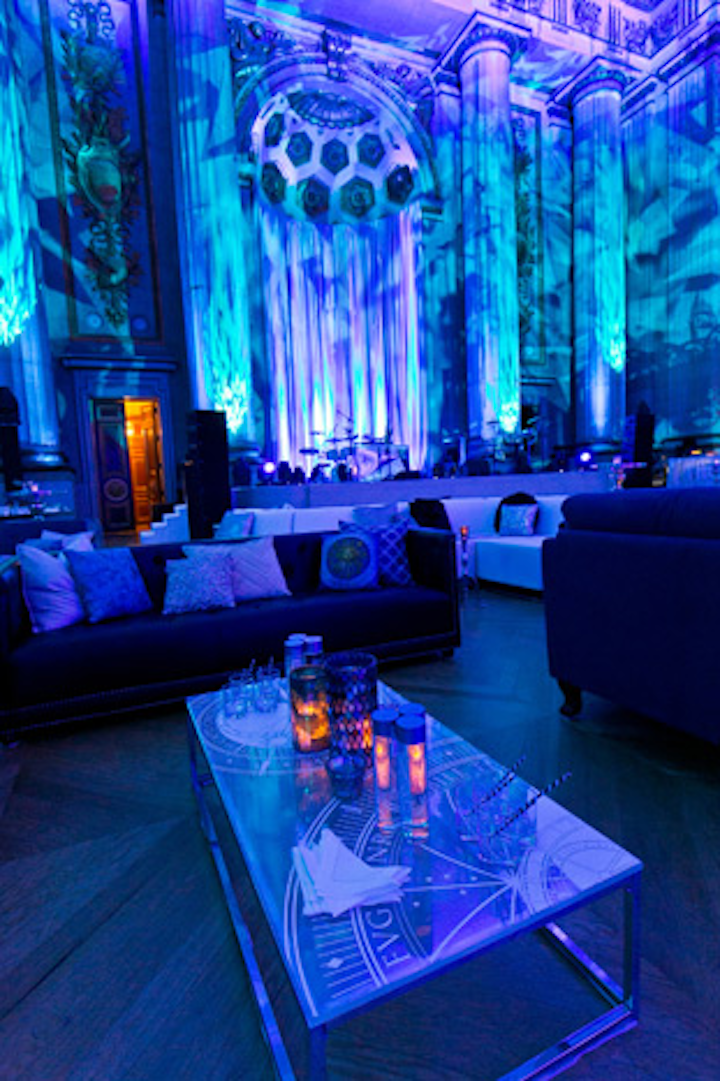 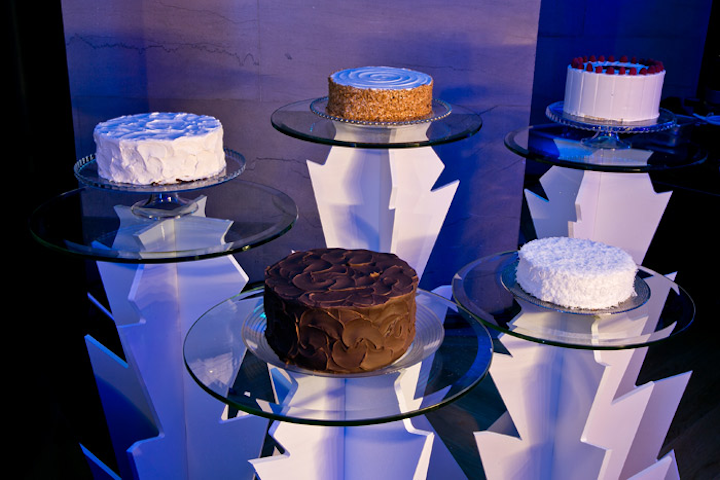 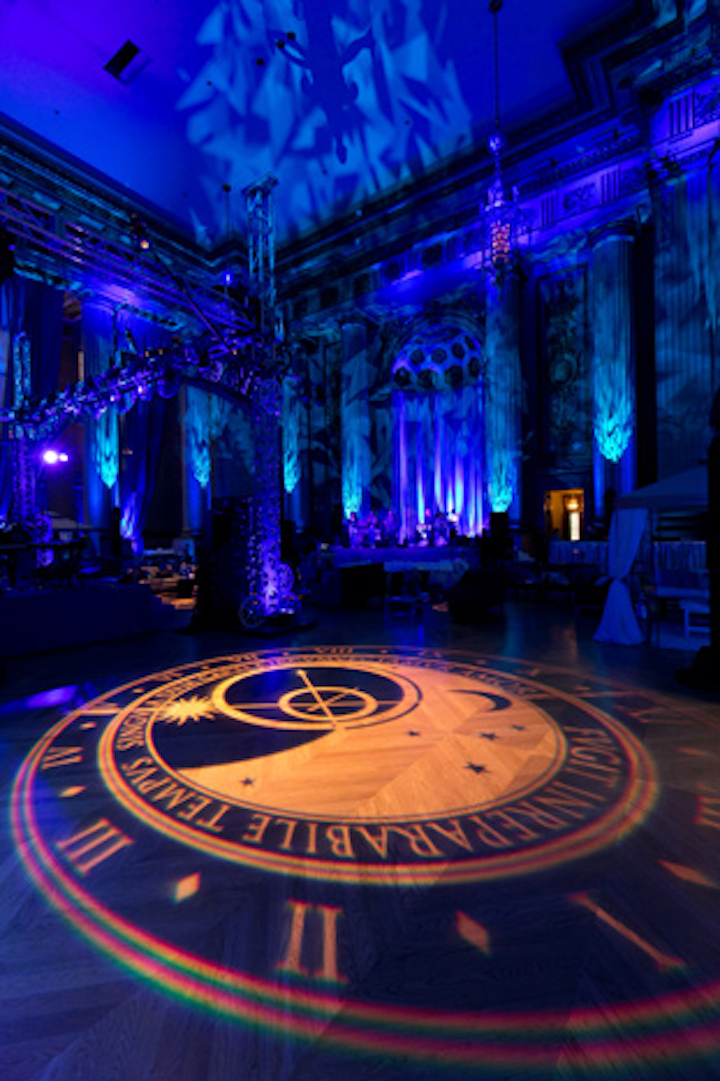 The event had extensive lighting design, including gobos and projections on the floor.
Photo: Geoff Chesman Photography 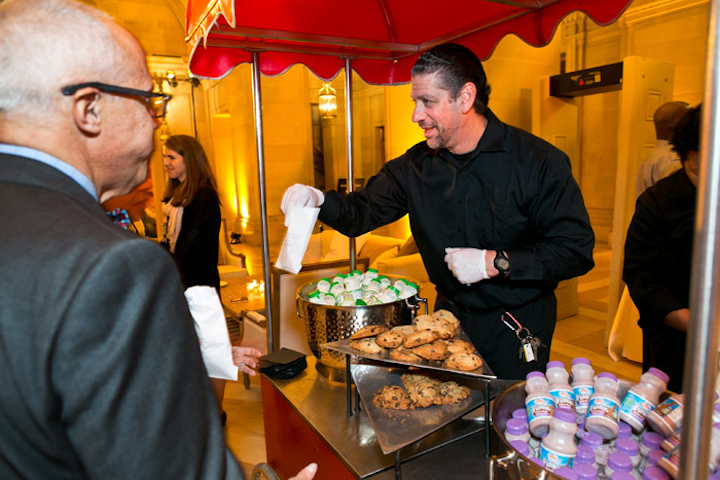