How One Conference Created Six Event Concepts in Four Days

Herbalife transformed various spaces at L.A. Live for about 5,000 attendees at its annual President's Summit.

Global nutrition company Herbalife brings together about 5,000 attendees from all over the world for its annual President’s Summit each spring. But this year, the March 4 to 7 event celebrated even bigger for the brand’s 35th anniversary—and had a complex array of moving parts.

A range of events—about 50 in all, including portions of the conference—within the time frame of the summit meant the production and design team faced significant logistical and creative challenges to keep things fresh for repeat guests. The team pulling off the biggest of the events was led by Sterling Engagements, which worked with Herbalife vice president of worldwide events Diahanna Brown.

Organizers came up with six different concepts for the four major events over as many days. The three-story closing gala alone included three of those concepts. The production staff increased to about 200 including vendors, and 25 on the Sterling team.

The events, which took over venues including JW Marriott, the Event Deck, Nokia Plaza, and the Nokia Theatre, were all within walking distance of one other at L.A. Live and close to guests’ hotels all over downtown.

As attendees were all independent distributors of Herbalife products, they qualified to attend the conference as well as its splashy welcome reception and closing gala based on their performance. Beyond that, qualifications at various higher levels allowed access to a range of additional events and offerings. For instance, V.I.P. guests were also welcome to join for the Bonus award reception, which had a red carpet theme and a more exclusive feel among a smaller group.

The vibrant Emerald City ball at the Event Deck—a paid charity gala that raised funds for the Herbalife Family Foundation—was a nod to Oz. It had a palette of emerald green, accented with purple, mustard, and metallics, plus a hint of red sparkle to evoke the ruby slippers.

The welcome reception at the Nokia Plaza and Chick Hearn Court had a neutral palette, with decor in champagne, green, and lots of metallic sparkle. And for the closing-night gala at the JW Marriott, Sterling played up a “then, now, next” concept, in recognition of the brand’s history, with a vintage and masculine vibe in black, white, wood tones, and metallic decor.

All events transformed their respective spaces on tight load-in times—just two hours at the shortest.

"It was incredible to design that many concepts in a short time period,” said Sterling's principal and creative director, Alexandra Rembac. In terms of the creative process, she said, "They all came to life over one weekend for me. I wanted to design them all at once as it was crucial that they were individually conceptualized but ultimately still flowed together cohesively throughout the week. Each concept had its own identity but the overall ambiance they portrayed connected them through subtle characteristics—all emphasizing the 35 years of inspiring results in honor of Herbalife's 35th anniversary." 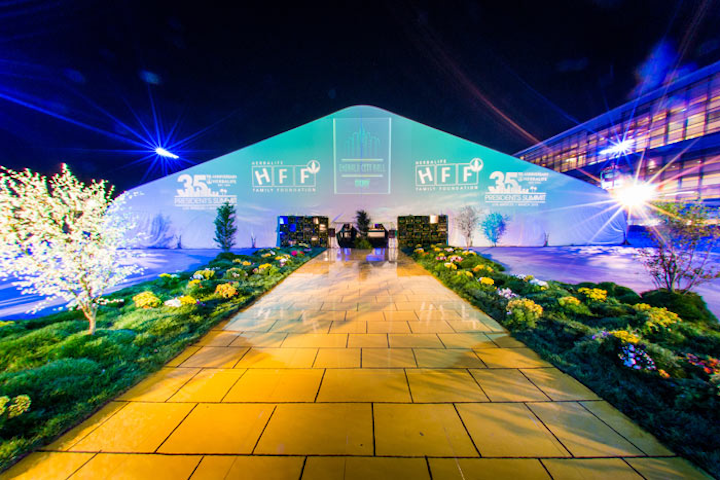 A yellow-brick-road-style entrance, lined with greenery, led guests to the space where the Emerald City ball was held.
Photo: Christopher Todd Photography 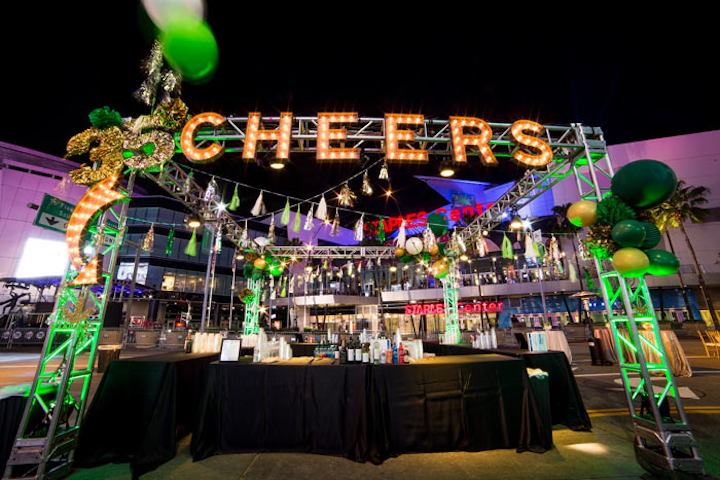 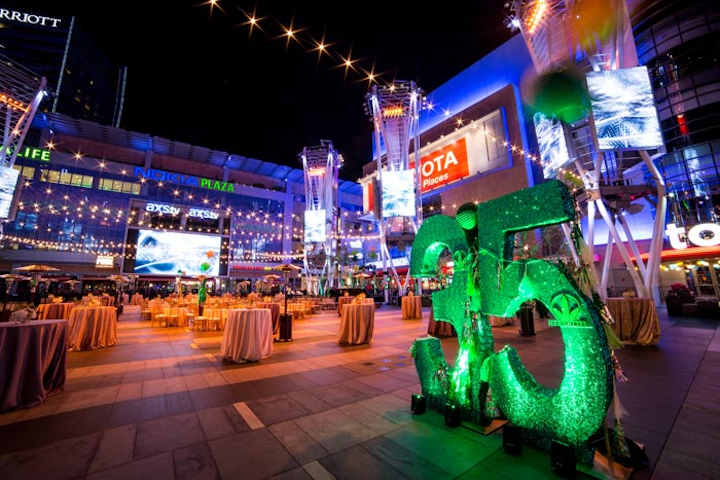 This year's event marked the brand's 35th anniversary, and elements of the decor nodded to the milestone.
Photo: Christopher Todd Photography 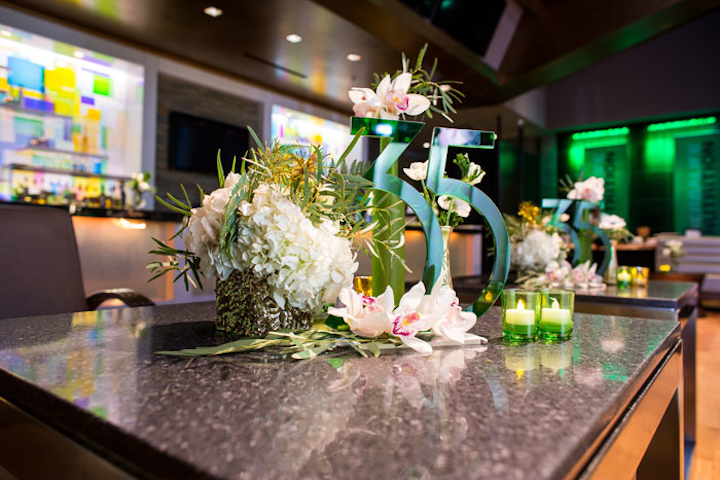 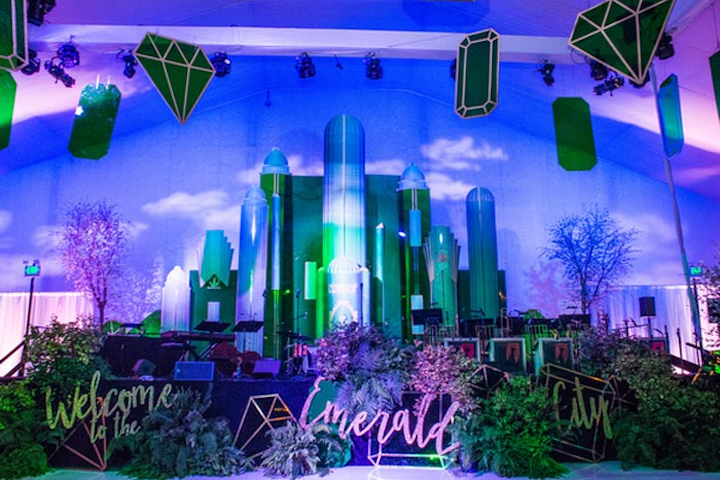 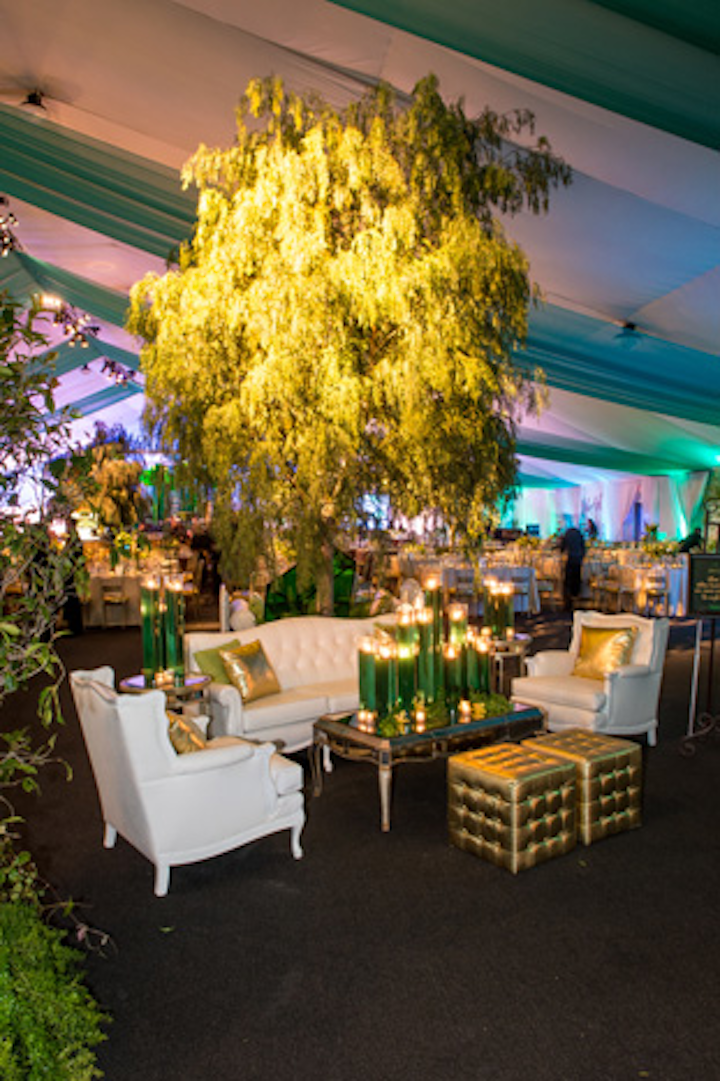 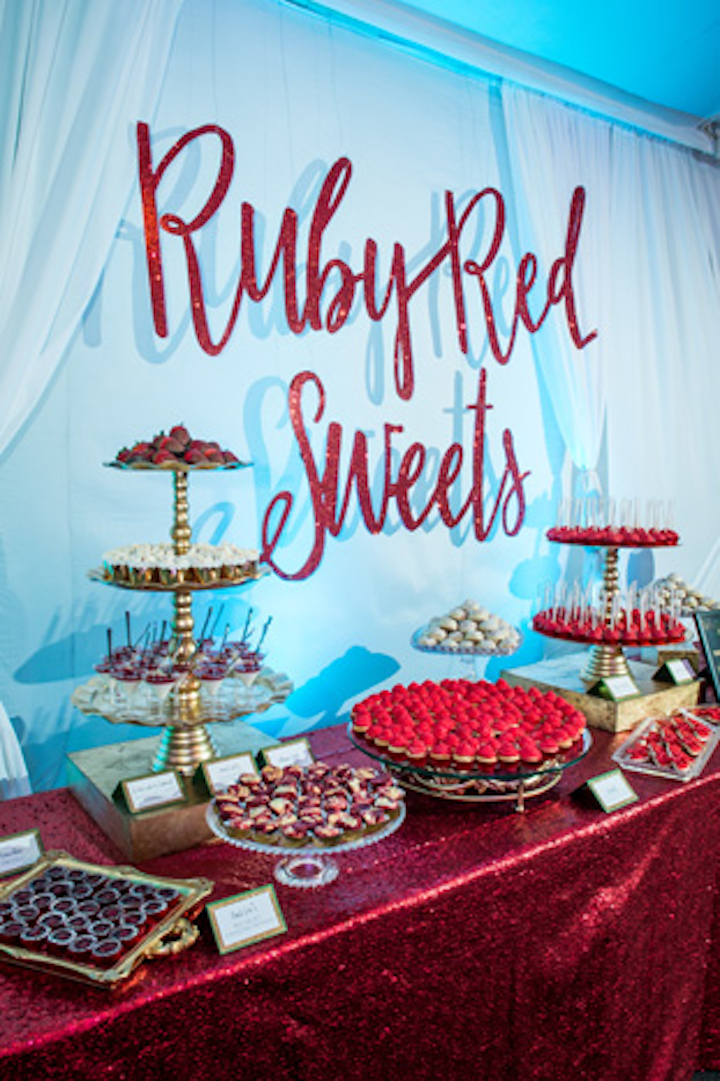 An all-red assortment of desserts recalled the ruby slippers from The Wizard of Oz.
Photo: Christopher Todd Photography 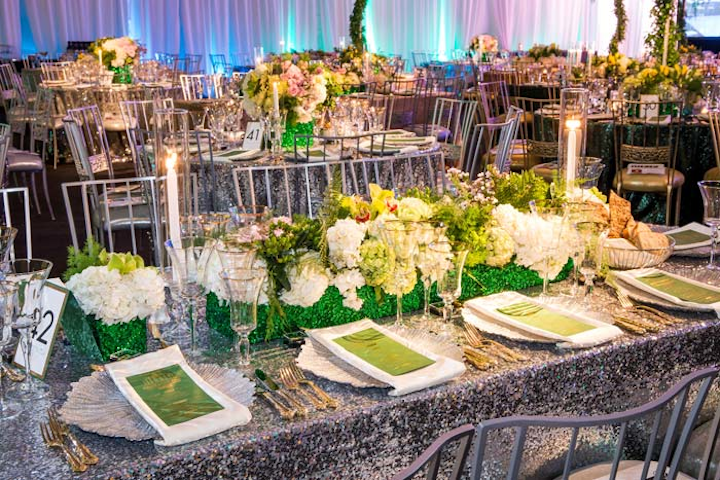 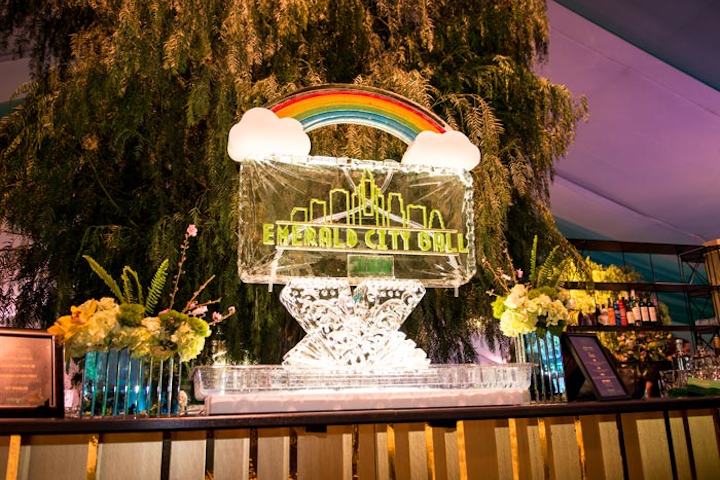 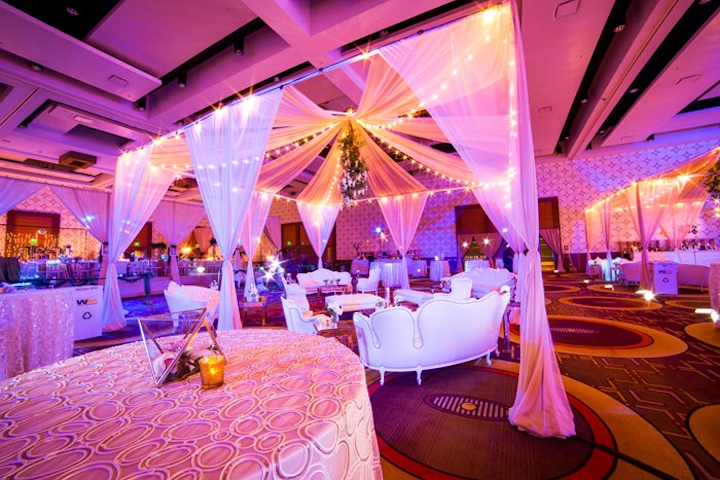 The closing gala was meant to evoke a modern look, nodding to the company's future.
Photo: Christopher Todd Photography 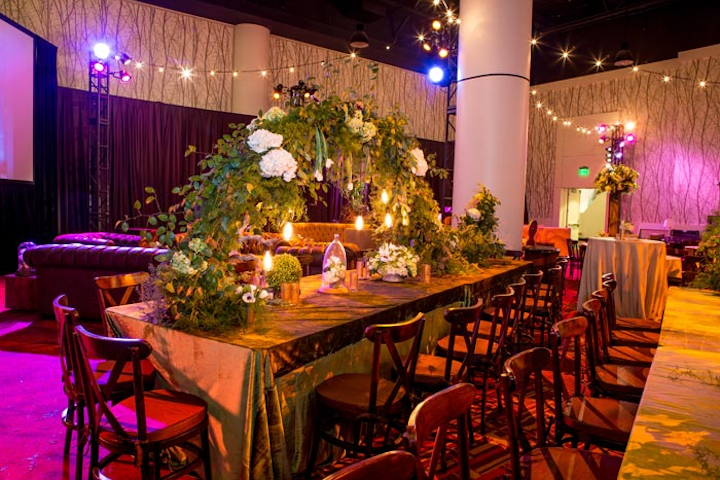 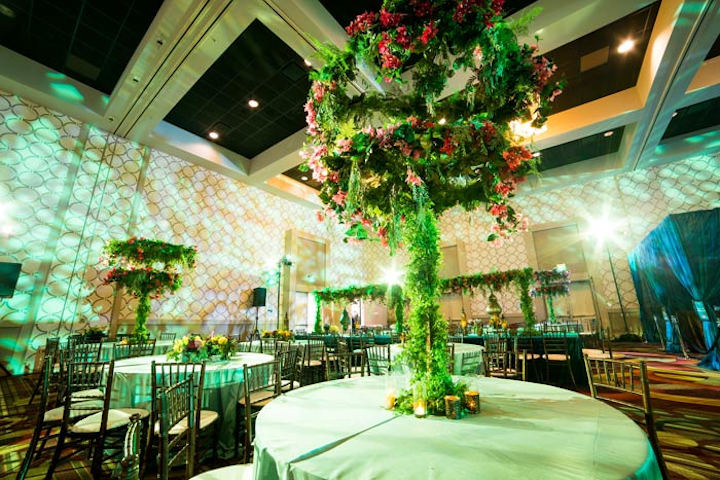 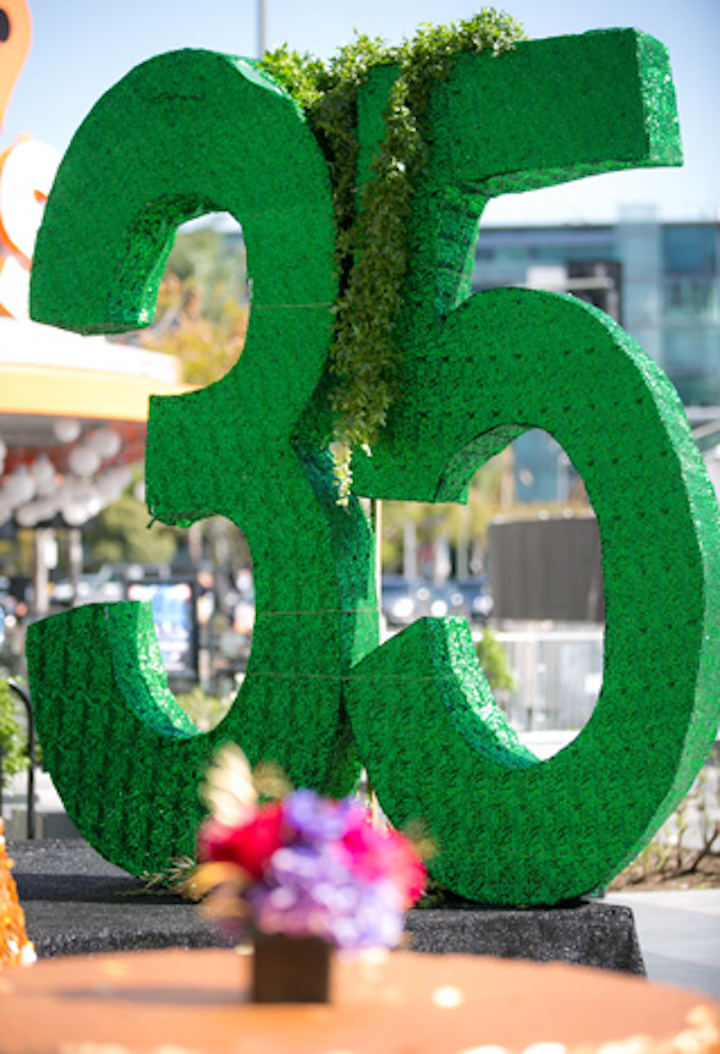 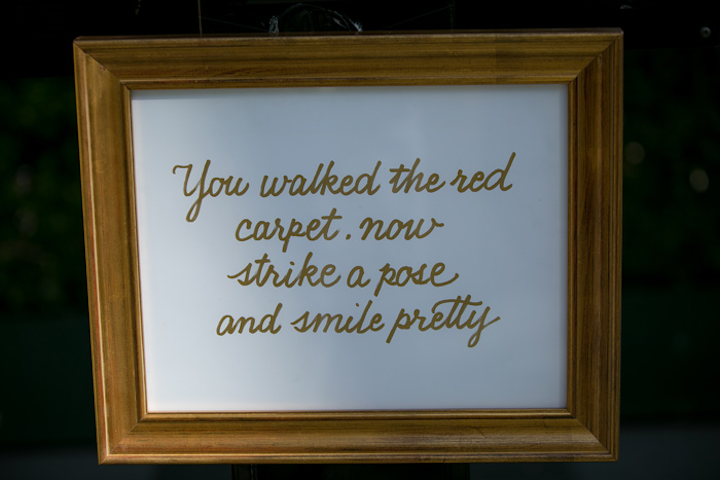 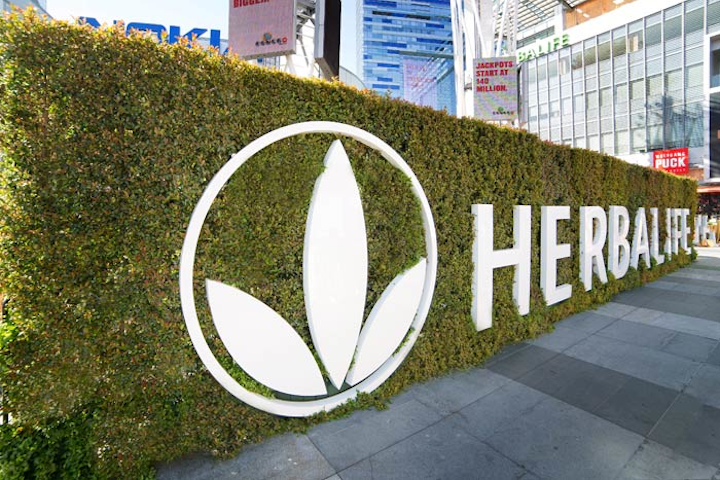