See How a Gala Channeled the Glitz and Glam of Monaco

The Wolf Trap Foundation for the Performing Arts transformed the Filene Center stage into a mini principality of Monaco for its annual Wolf Trap Ball—right down to video projections of drone footage of Monte Carlo and a reproduction of Princess Grace’s wedding dress. The 42nd version of the gala was held September 23 in Vienna, Virginia.

The foundation, which traditionally partners with embassies in Washington for the event, was coming off of a big year with 2016’s theme honoring the National Park Service's 100th anniversary. Afterward, Monaco’s ambassador to the United States, Maguy Maccario Doyle—a previous guest at the ball—approached the foundation and proposed partnering for the 2017 event.

“We needed something that was attractive to ballgoers, and we had so much material to work with when it came to Monaco,” explained Kara Kurtz, special events director of the foundation. “It's known for its luxury and its glamour.”

With the help of the embassy, Kurtz and her team zeroed in on elements of Monaco to showcase, starting with an invitation displaying a zoomed-in photo of the Grace de Monaco Rose. Throughout the event, roses figured prominently in the decor.

Arriving guests posed in front of a rose-covered step-and-repeat and walked through a garden-like entrance strewn with roses—one of the most elaborate entrances in the event’s history. Guests continued onto the stage of the Filene Center, which evoked a panoramic view of Monaco, including archways and a grand staircase replicating those found in the courtyard of the Prince’s Palace.

Meanwhile, the stage’s rehearsal hall took a nod from Monaco’s famous Opera House and Casino, with roulette tables and branded casino chips where guests could win extra tickets for the raffle of a lavish Monte Carlo vacation. Guests could marvel at a replica of Grace Kelly’s wedding gown on loan, along with video footage of the princess’s wedding.

In the V.I.P seating area, more than 30 chandeliers lit the space. “When you have ceilings that go 50 to 60 feet high, it's hard to make that space feel intimate,” Kurtz said. “By bringing the ceiling height down with the chandeliers, which also provided such a romantic glow throughout the night, we made guests feel like they were in a much more intimate space.”

Ball guests are seated on the stage during the event, and Kurtz used another lighting trick in the V.I.P. area. She deployed blue lighting over the seats, looking out from the stage, to symbolize Monaco’s Mediterranean coastline.

"When you come to a concert at Wolf Trap, you have the perspective of sitting in the house seats and looking at the stage. It's such a neat thing for folks who have never been on the stage, and we used the front of the stage as well as all of the backstage areas which we transform into ball spaces,” Kurtz said. “We came up with the idea of using a theater treatment, using scrim to project the Mediterranean water. It really provided such a nice backdrop for the whole evening, and gave guests that ability to perceive the theater’s seats.”

The ball incorporated two main elements that succeeded at last year’s event. Giant projection screens became decor elements, with drone footage of Monaco’s spectacular skyline and architectural landmarks on a loop. The seating layout introduced last year carried over too. In the setup, the theater seats served as the backdrop for speakers and a performance by the Washington Ballet. The new layout also allowed more guests to have a direct line of sight to the stage.

“We did that because it allowed us to almost double the amount of V.I.P. tables that we could sell,” Kurtz said. “We consider those to be tables that are purchased at the Emerald level, which is $17,500 and above. We did see an increase this year in the number of tables sold over previous years, so that strategy is working.” 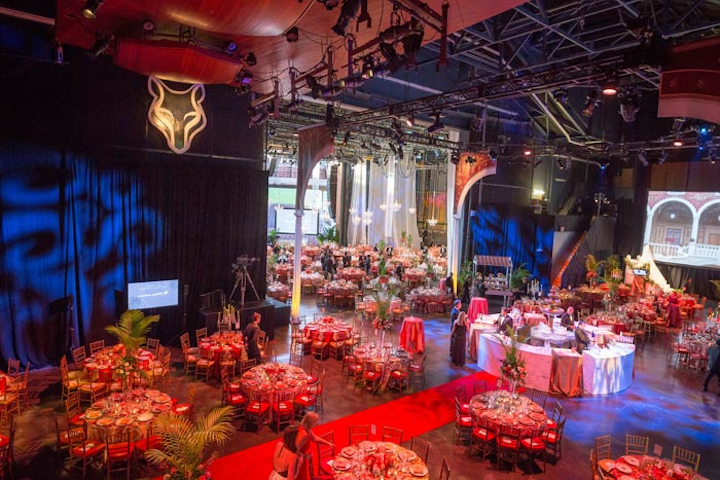 The Grace de Monaco Rose inspired the rosy-hued decor on the Filene Center stage, with pink linens by DC Rental and rose floral arrangements from Karin's Florist. Projection screens showed scenes from Monte Carlo, and guests gathered around the central circular bar, which boasted its own fountain.
Photo: A.E.Landes Photography 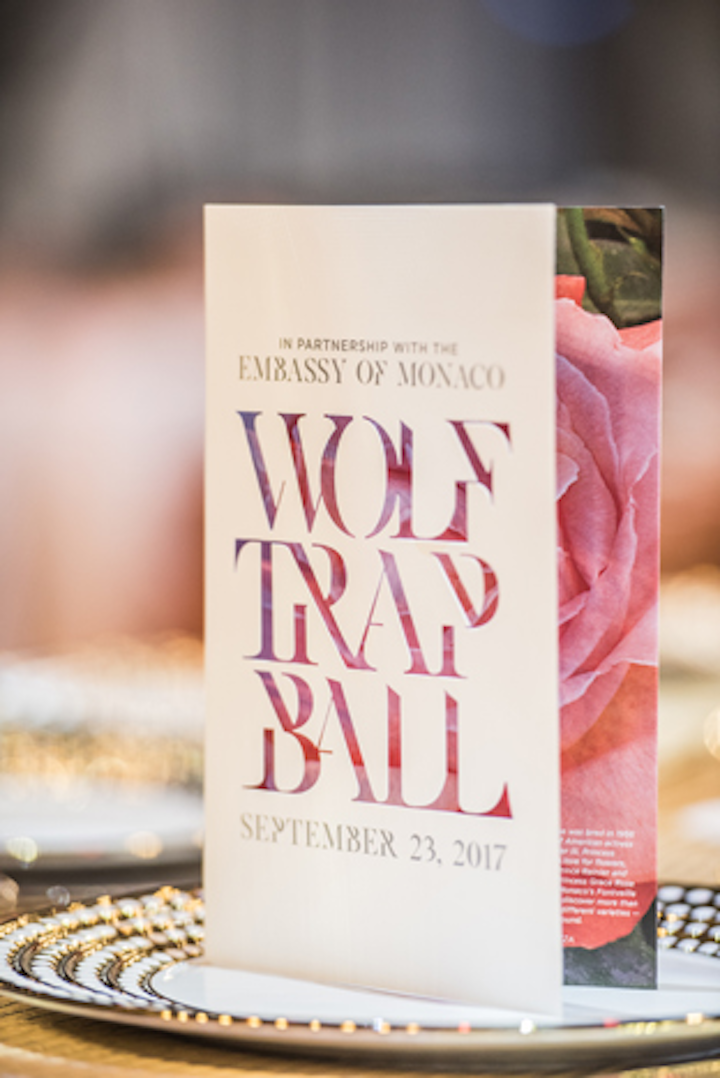 The event's invitation set the tone for the evening by displaying a zoomed-in photo of the Grace de Monaco Rose.
Photo: Angelina Namkung 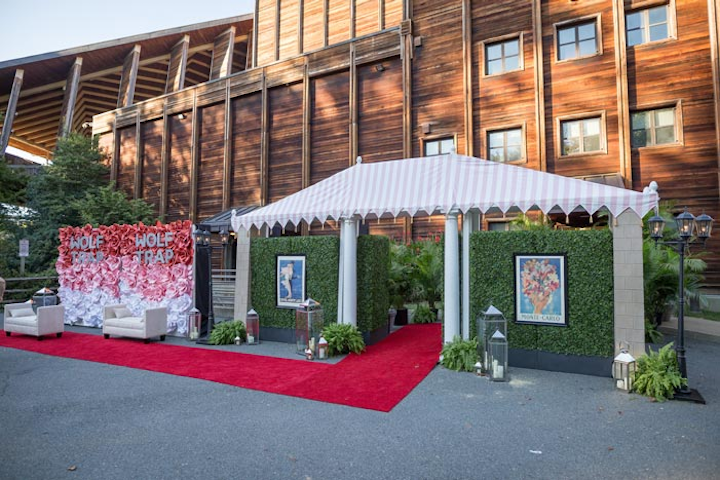 Oversize graphic roses in a red, pink, and white ombre colors covered the step-and-repeat, which was moved inside during the dinner for photo ops.
Photo: A.E.Landes Photography 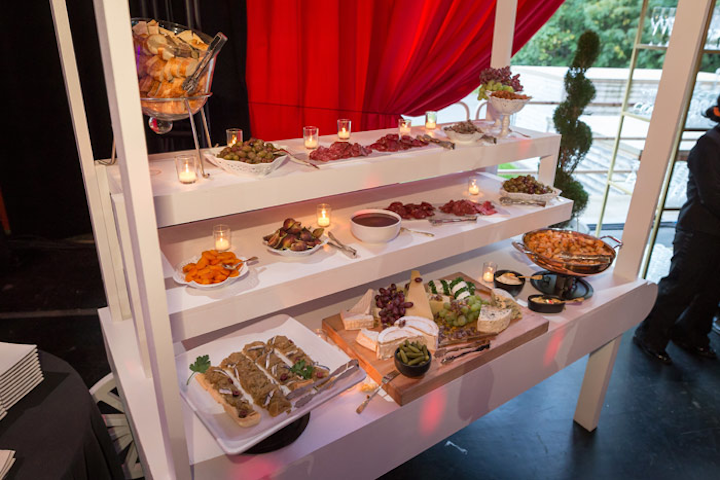 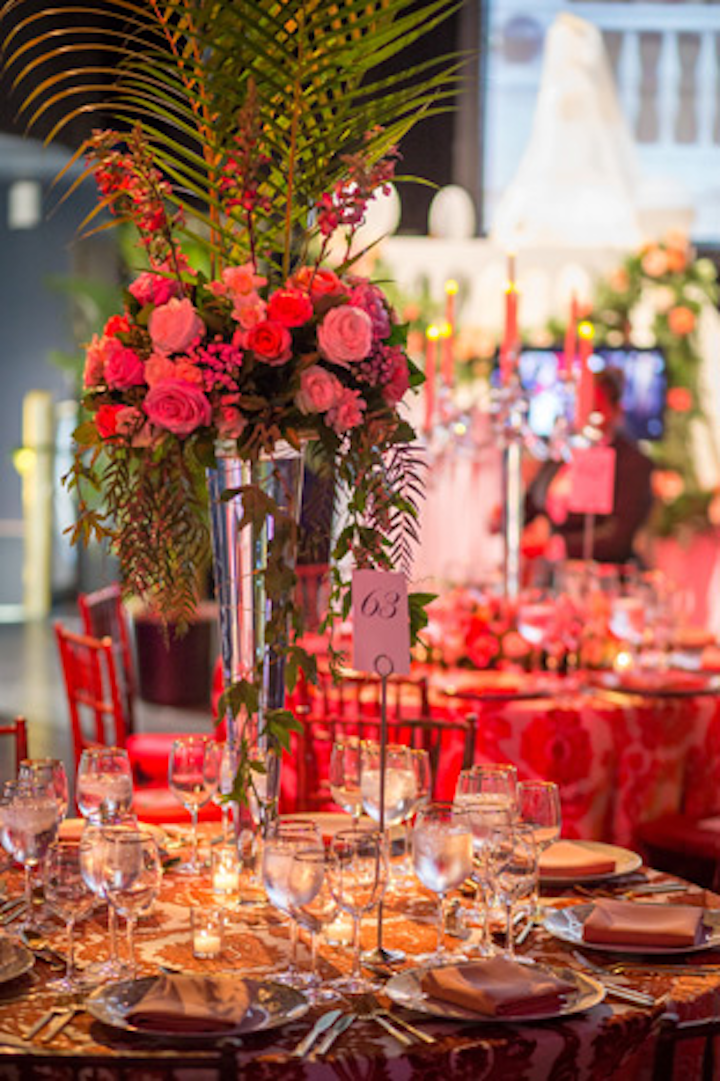 Karin’s Florist placed roses throughout the entire space, from high and low centerpieces to a market cart with long-stemmed roses for guests to take home.
Photo: A.E.Landes Photography 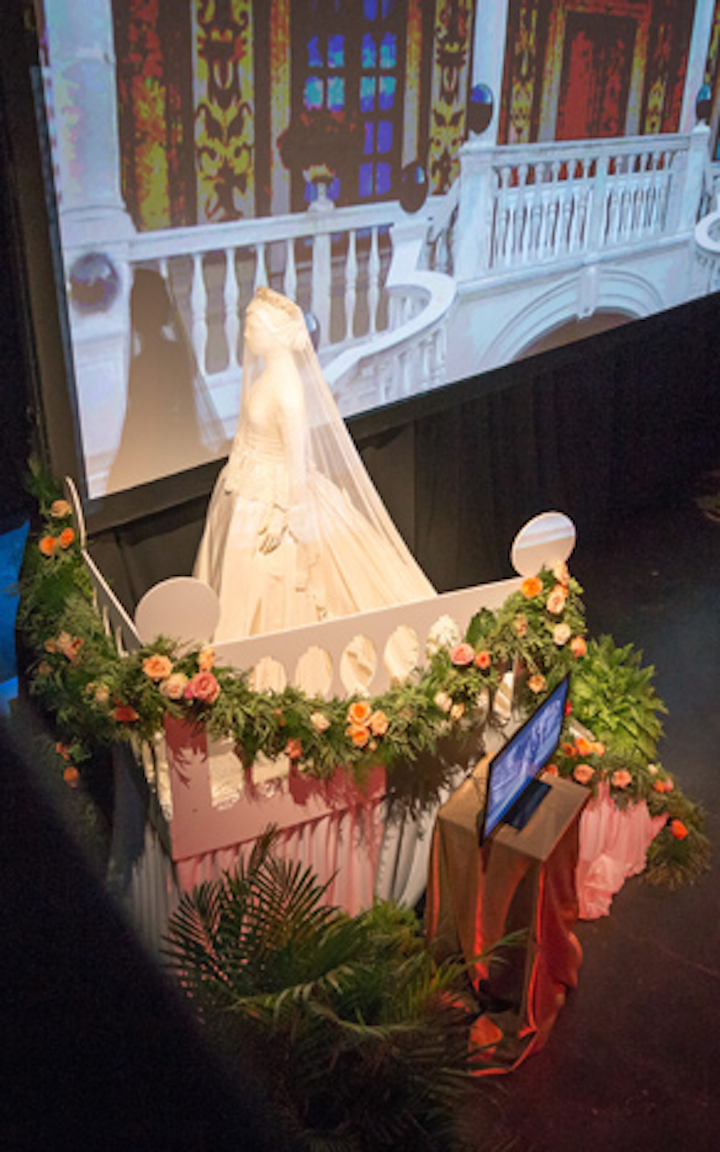 The Monaco-theme decor included a replica of Princess Grace Kelly’s dress for her 1956 wedding to Prince Rainier III. The gown was on loan from a Grace Kelly fan from Maryland, who commissioned the piece as a gift to the East Falls Historical Society in Philadelphia to celebrate what would have been the royal couple’s 60th wedding anniversary. Video footage of the wedding played on a screen while the dress stood on a staircase designed to evoke Princess Grace’s wedding day.
Photos: Anthony Poff 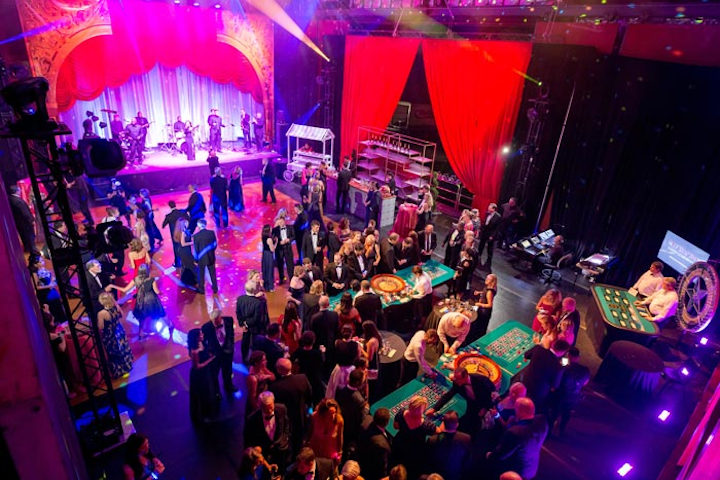 Monaco brought a taste of its well-known gaming spots to Washington with a game of roulette, which was played on casino lounge tables from Vegas Time. Guests gambled for extra chances to win the raffle prize, a luxurious Monaco vacation.
Photo: A.E.Landes Photography 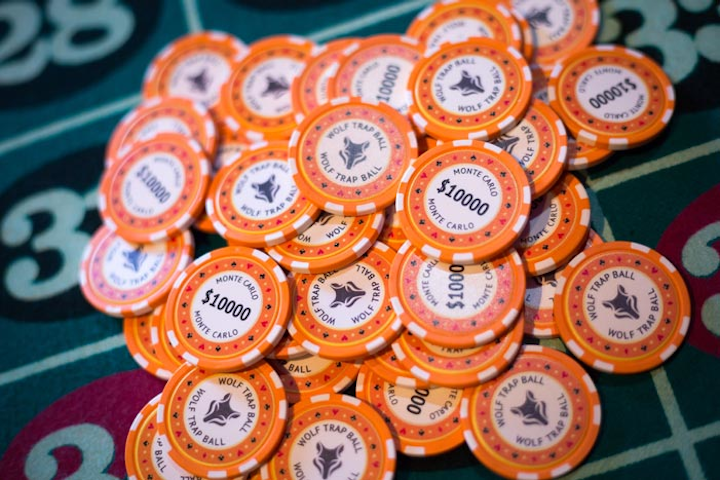 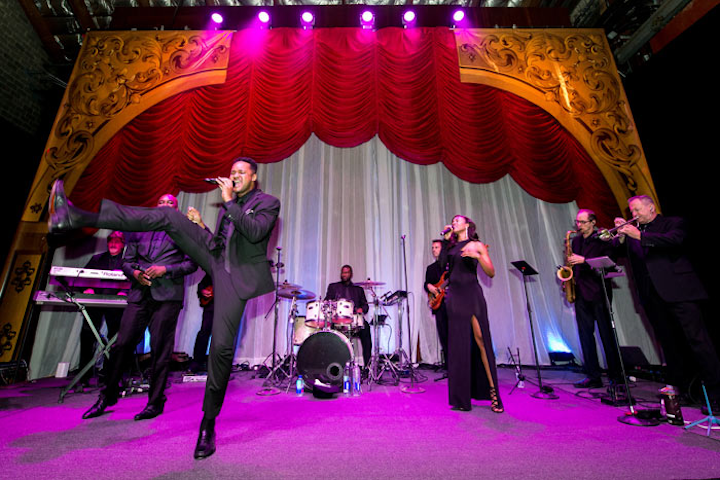 Marquise, a seven-piece band, played after dinner in the rehearsal hall, with decor inspired by Monaco’s opulent Opera House and Casino, including a gilded dance floor and a bandstand with a working Austrian curtain.
Photo: Crystal Whitman
More in Event Design