In an effort to ward off the chilly temps that plagued last year\'s outdoor Green Tie Ball, event organizers put the party in a sprawling warehouse on a rainy, humid night.

Chicago Gateway Green, a nonprofit organization that aims to beautify the city with the planting of trees and flowers, held its 17th annual Green Tie Ball Saturday night. The event, which we ranked as the No. 1 benefit in our list of Chicago's Top 100 Events, has historically been held outdoors. Since last year's gala attendees endured temperatures in the 40s at Northerly Island, for 2008, planners chose Chicago Scenic Studio's 100,000-square-foot warehouse space to host the almost 3,000 guests the ball attracts. It turned out to be a rainy evening with temps in the 70s, so huge industrial fans throughout the space combatted the humidity.

"This is the first time Chicago Scenic Studios has hosted a party in its warehouse space," said event organizer Denise McGowan of McGowan Durpetti & Associates, referring to the set-design company's facility. "They were throwing an anniversary party for the company the night before, so they had to shut down production for the weekend anyway."

Entitled "Greenivale," the event featured several South American references. Women wearing enormous headdresses (and not much else) welcomed guests as they arrived at the V.I.P. "Green Carpet" cocktail reception, held near the building's entrance. Sheer fabrics in vibrant colors of orange, yellow, and pink draped from floor to ceiling to cover the warehouse's equipment, while light fixtures outfitted with scrims in the same shades and glittering disco balls hung from above. A curtained-off section contained a mini-spa area offering complimentary services such as massages and makeup applications from Mario Tricoci Salons.

During the V.I.P. reception, a samba band performed alongside video monitors flanking the stage, displaying sponsors' logos. At around 8:30 p.m., the N 2 Deep Drumline band gave a roving performance that led guests into the main party space. There, a car show-style rotating platform held a Toyota Prius and a few models; a two-year lease could be won by raffle. Charitable gambling took place in the Horseshoe Casino-sponsored gaming area, which was sectioned off from the rest of the event by dramatic black draping (though showgirls in flashy outfits helped to mark the entrance).

Venturing farther into the cavernous space, party-goers found food stations from more than 75 restaurants, including Mia Francesca, Custom House, and Sugar Bliss Cake Boutique; 12 bars serving cocktails and the evening's signature drink, a hurricane made with Cruzan Rum; a stage with entertainment including a high-energy samba dance troupe; and a crush of people. The crowd made getting around the tight space rather difficult, and most people opted to congregate near the entrance, hoping for some elbow room—and a bit of a breeze.

The evening's cocktail reception area transformed into the "Afterglow" dessert lounge at 10 p.m., offering V.I.P. ticket holders (identified by flashing pins) sweets from Gale Gand and other Chicago pastry chefs. The night continued after the gala wrapped around 1 a.m., with the official after-party taking place at River North club the Underground. 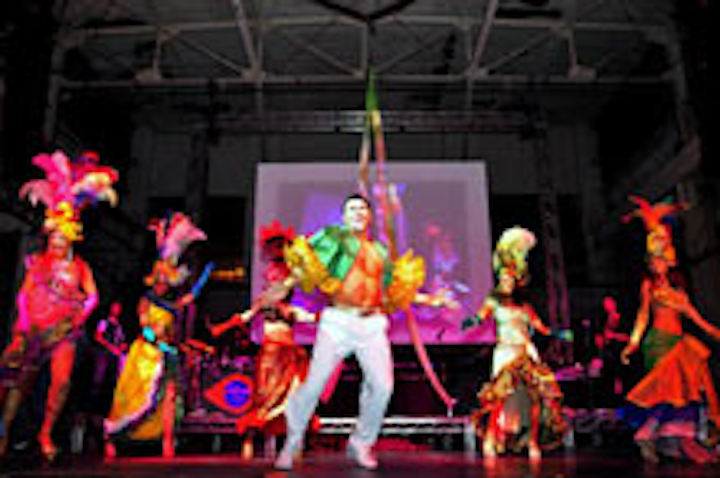 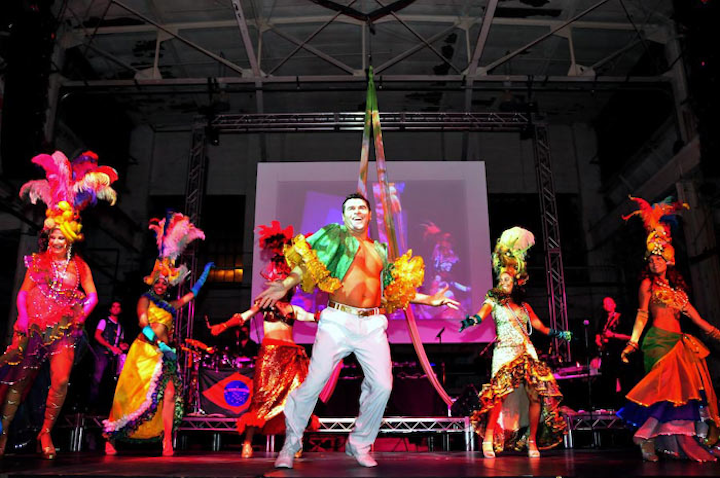 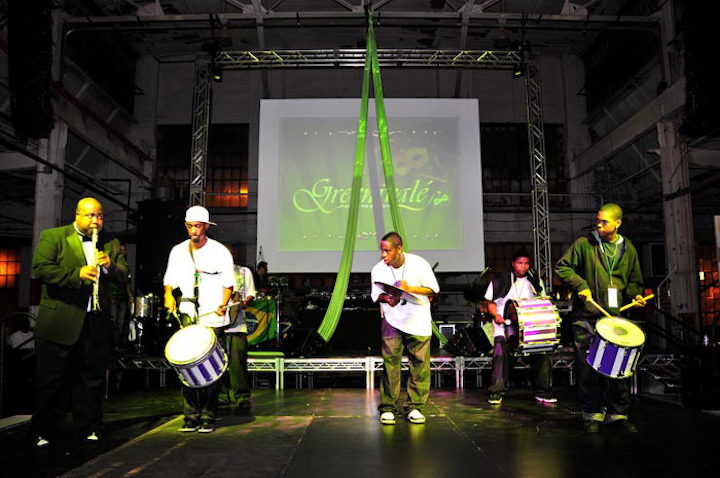 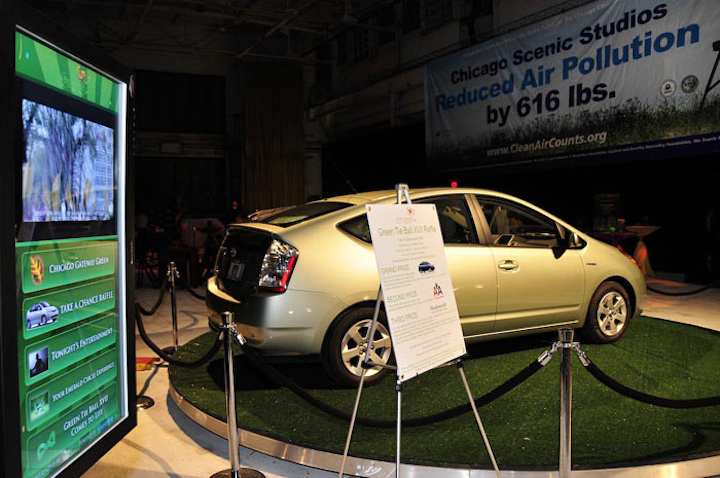 A Toyota Prius from a local dealership sat on a rotating platform at the party entrance.
Photo: Eric Craig for BizBash 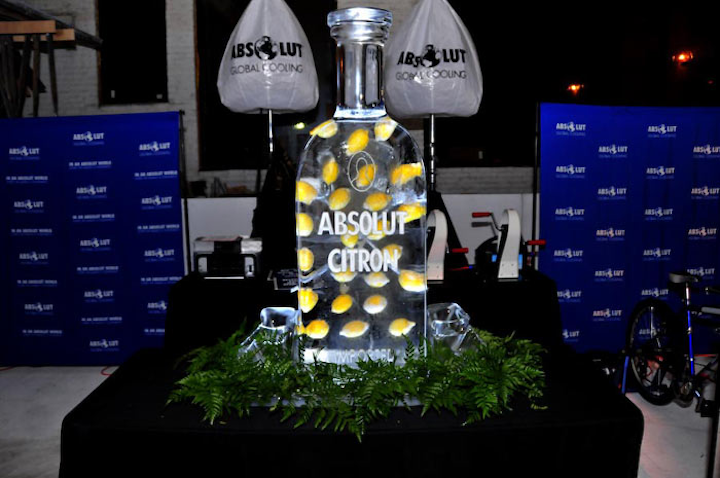 An Absolut-sponsored lounge offered ideas on how to combat global warming—a playful spin on the eco-friendly mission of Chicago Gateway Green.
Photo: Eric Craig for BizBash 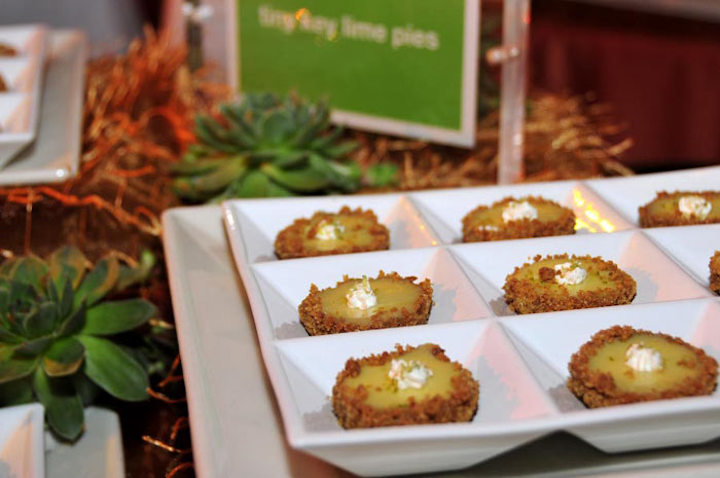 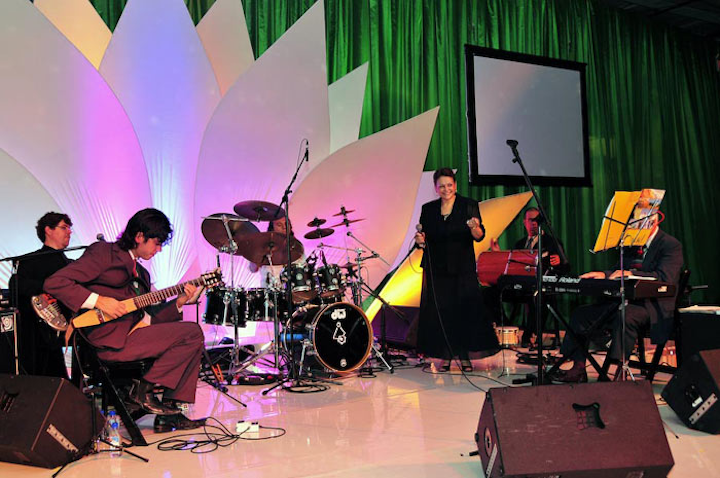 During the V.I.P. cocktail reception, a samba band performed on a stage decorated by a fan-shaped backdrop lit with tropical colors.
Photo: Eric Craig for BizBash 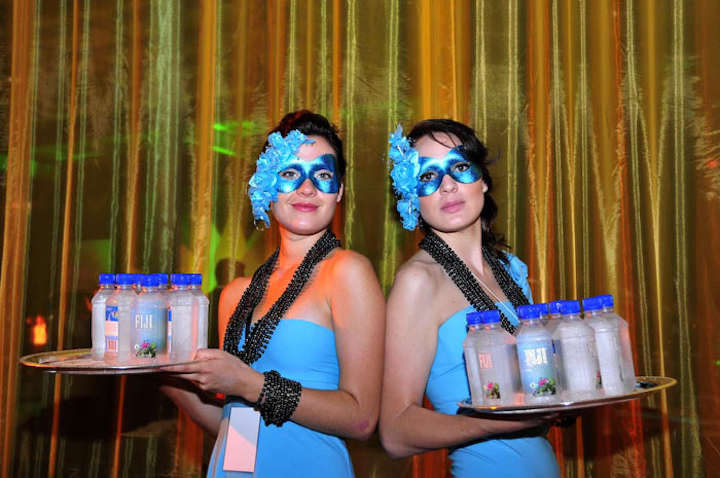 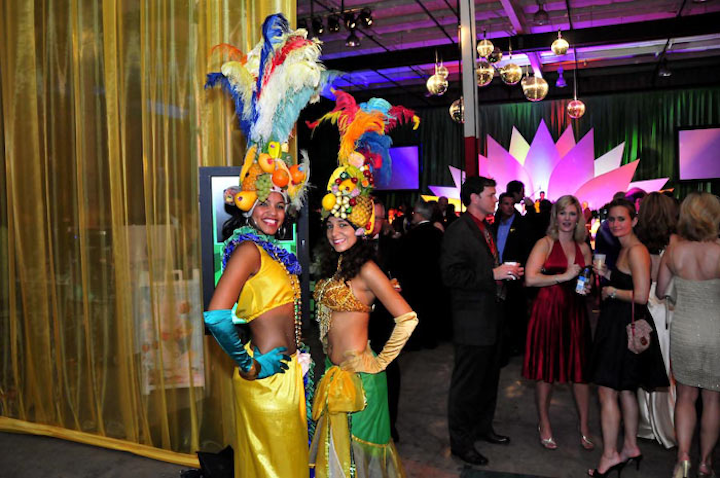 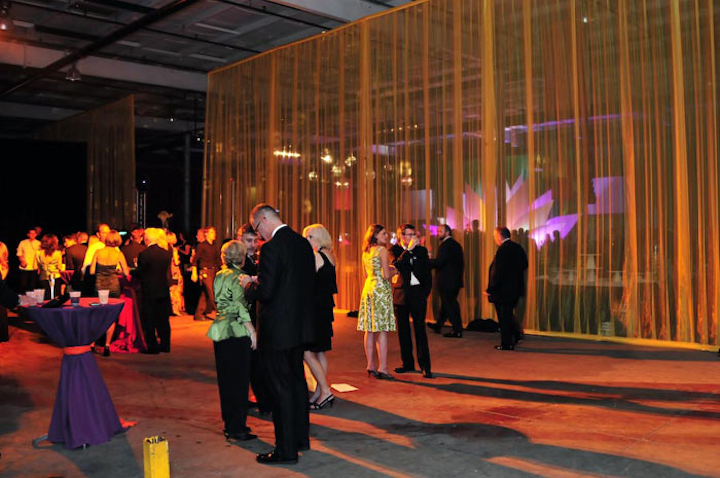 Sheer fabrics were hung from the ceiling to section off areas of the warehouse.
Photo: Eric Craig for BizBash 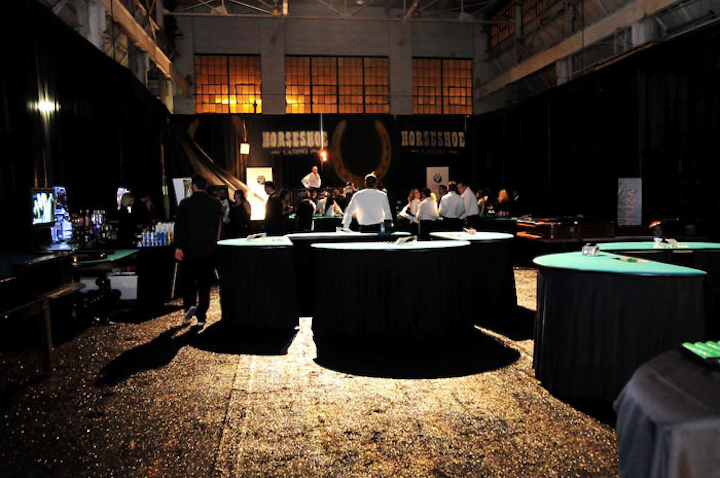