'Variety' and British Airways Take Over a $30 Million Mansion

For frequent eventgoers who have seen it all, one recent event in West Hollywood provided a less familiar sight—a peek inside a private residence currently listed for sale for $28.8 million. Variety and British Airways' September 25 affair, meant to both fete the trade publication's "10 Brits to Watch" feature as well as the airline's nonstop service between Los Angeles and London Heathrow on the A380, took over the architecturally striking property. Variety marketing managing director Kate Mazzuca oversaw the event, working with Joe Moller on the production.

Guests arrived via shuttle bus after valet parking their cars on the tight, windy residential street above Sunset Boulevard. British flair included pillows marked with the Union Jack, red and blue teacups arranged in the shape of the airline's logo on a wall, and sleek, modern tabletops emblazoned with lettering to announce the new flight offering.

DJs Chris Holmes spun at the event, and the Foxes performed a surprise set on a stage by the home's infinity pool.

To further inspire guests' wanderlust, a photo booth was placed adjacent to a giant map wall highlighting the cities on the British Airways route. Guests snapped shots and received two copies: one to take home and one to pin to the wall on the city they'd most like to visit. 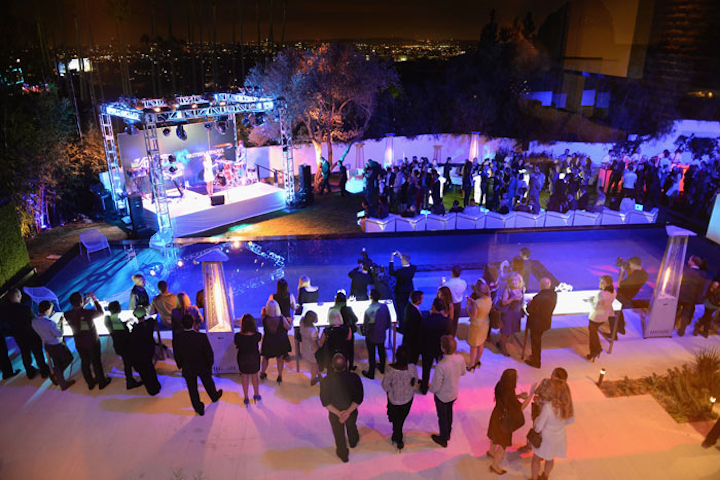 The Variety and British Airways bash took over a West Hollywood mansion currently listed on the market at $28.8 million.
Photo: Michael Kovac/Getty Images for Variety 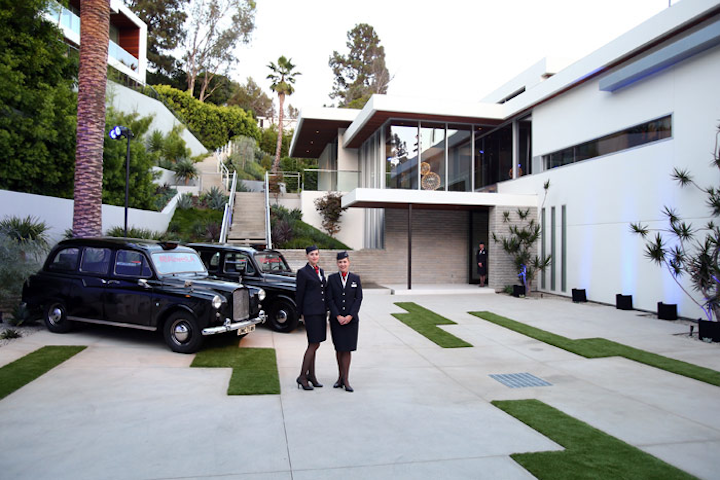 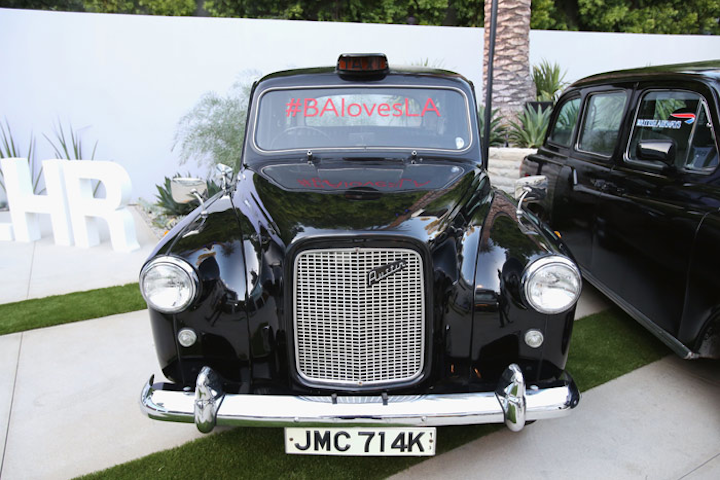 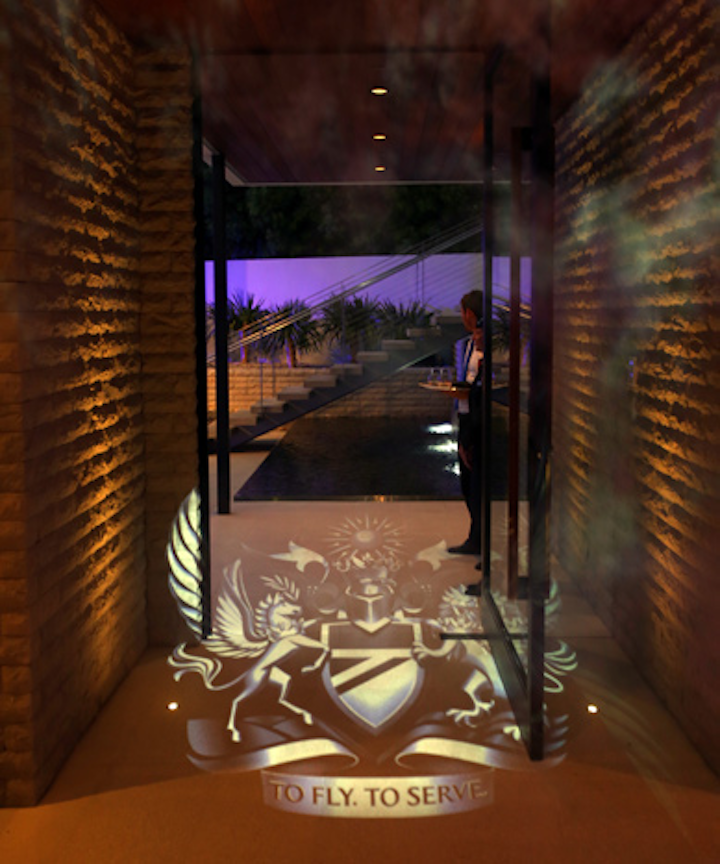 A fog screen provided a dramatic look for the entrance.
Photo: Joe Scarnici/Getty Images for Variety 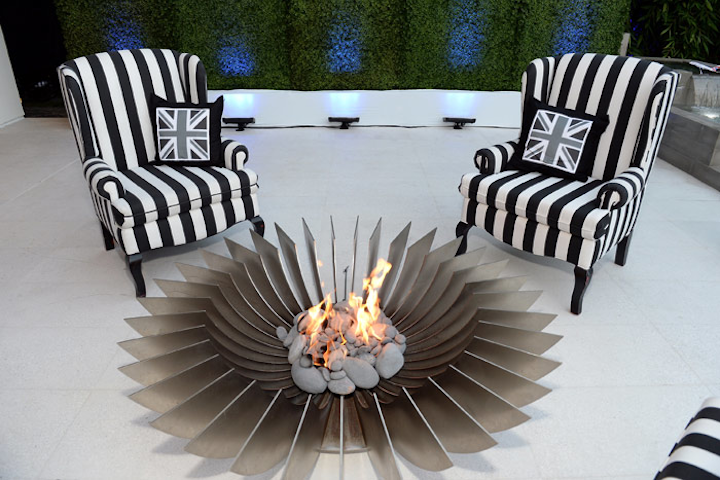 The Union Jack appeared on black and white pillows at a seating group that surrounded a modern fire pit.
Photo: Michael Kovac/Getty Images for Variety 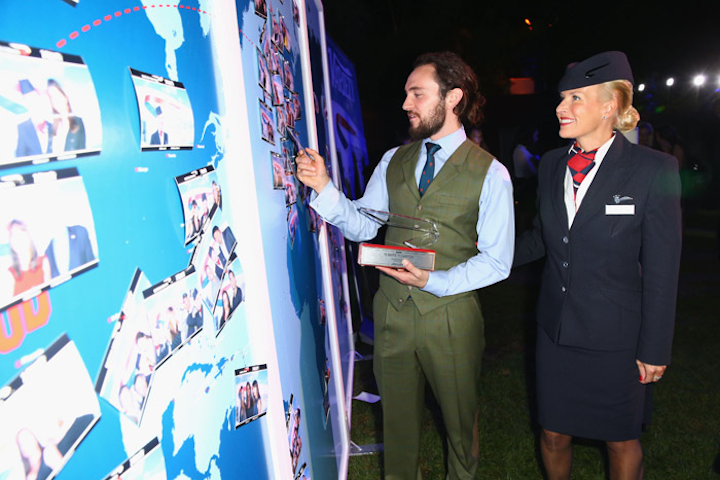 A photo opp encouraged guests to pin their snaps to a map board, highlighting destinations they most want to visit.
Photo: Joe Scarnici/Getty Images for Variety 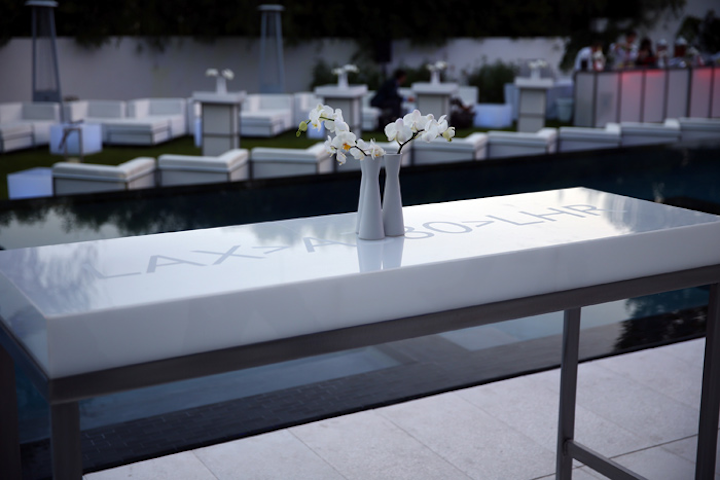 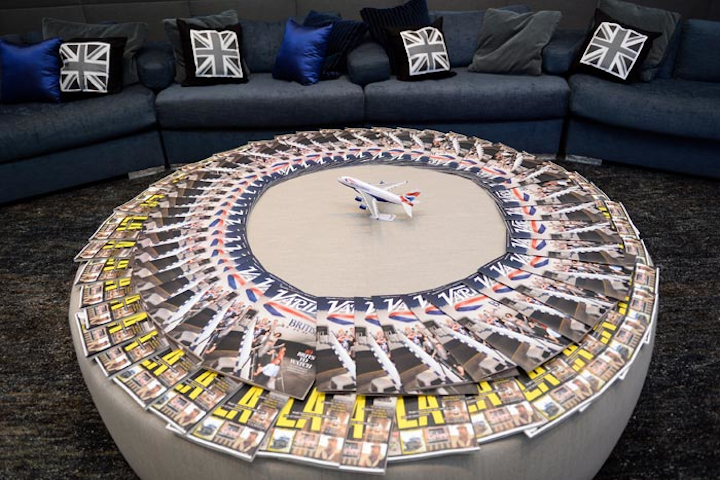 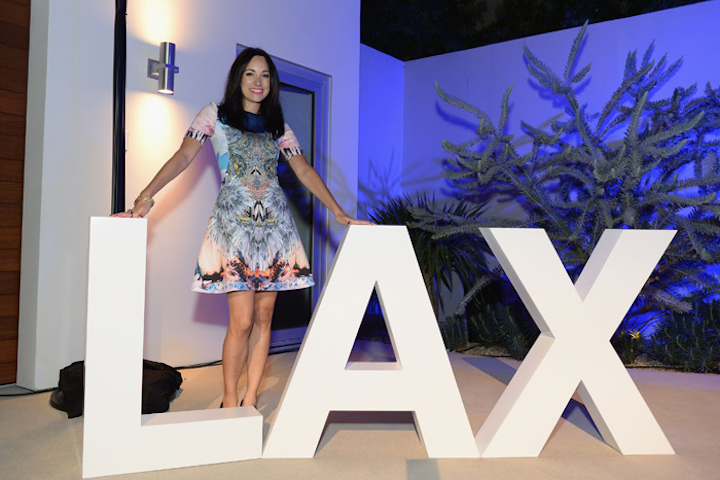 Oversize letters in the party space mimicked those at LAX.
Photo: Michael Kovac/Getty Images for Variety
More in BizBash Lists