2019 Preview: 10 Most Anticipated Washington Venues for Meetings and Events

The hotels, conference spaces, restaurants, and cultural spaces slated to open in Washington for events and entertaining this year. 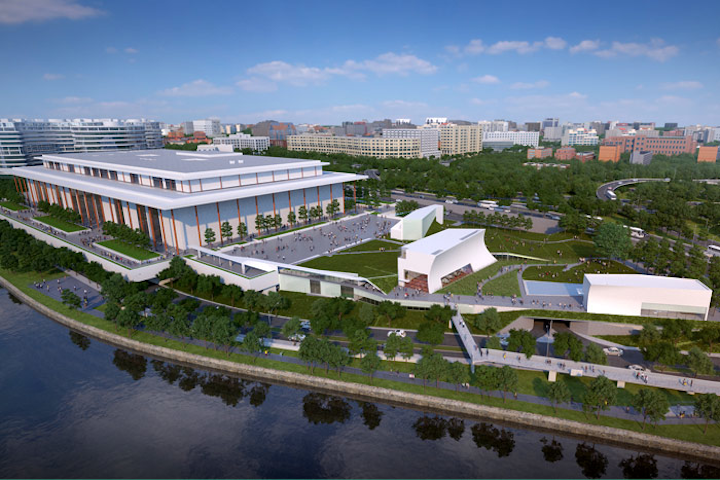 The John F. Kennedy Center for the Performing Arts will open its first expansion, called the Reach, in September 2019.
Rendering: Courtesy of the Kennedy Center

Looking for a new venue for your next event? Here are the most anticipated Washington nightclubs, corporate event venues, hotels, concert venues, and restaurants slated to open in 2019. These new and renovated Washington venues will accommodate groups large or small for private and corporate events, conferences, meetings, weddings, business dinners, teambuilding activities, cocktail parties, and more.

1. The John F. Kennedy Center for the Performing Arts is slated to open its first expansion in September 2019. The Reach will add 72,000 square feet of highly flexible interior space, along with 4.6 acres of gardens, a ginkgo grove, a reflecting pool, and sculpture installations. The new campus is designed by architect Steven Holl, and includes more than 14,000 square feet of flexible open studios and rehearsal space, a learning lab, a café, classrooms, lecture halls, and an outdoor video wall and performance space.

2. The International Spy Museum is now slated to complete construction on its new state-of-the-art building in Southwest Washington in the spring.The new museum at L'Enfant Plaza will double the floor space of its previous outpost in Penn Quarter. The 140,000-square-foot museum will include plenty of exhibit space, increased classroom space, a lecture hall and theater, and a flexible event space with stunning views of D.C.

3. Posh downtown development CityCenterDC will see the opening of Conrad Washington, DC in February. The glass-covered Hilton hotel is designed by acclaimed architecture firm Herzog & de Meuron and will feature a contemporary art collection inspired by the Washington Color School movement. The 360-room hotel will include 32,000 square feet of meeting space with floor-to-ceiling windows, along with a dedicated event terrace with panoramic views of the U.S. Capitol building. The hotel's restaurant, Estuary, is from Top Chef alums Bryan and Michael Voltaggio.

4. D.C.'s famed Tyrannosaurus rex skeleton will be the centerpiece of the Smithsonian’s National Museum of Natural History's new 31,000-square-foot fossil hall, set to open on June 8. The fossil hall closed in 2014 for renovation, and when it reopens, it will be known as "The David H. Koch Hall of Fossils—Deep Time." The $125-million renovation is the largest building renovation in the museum’s history, and the reimagined exhibit will showcase more than 700 specimens.

5. Penn Quarter's Courtyard by Marriott hotel at Ninth and F Streets NW reflagging as Riggs Washington D.C., an independent hotel. The renovation will include a new 4,000-square-foot event space, per Washington Business Journal, with additional rooftop event space thanks to a 1,800-square-foot terrace. The 181-room property will include a restaurant and basement bar. The project is slated to open toward the end of 2019.

6. A museum devoted to literacy and the written word is slated to take over downtown D.C.'s historic Franklin School at 13th and K Streets NW by late 2019. Planet Word's renovation will preserve the building's architecture, while adding immersive exhibits, an auditorium for author events, and a museum café.

7. New York's popular tapas restaurant Boqueria will open a second location in Washington in early 2019. A Penn Quarter restaurant is slated to join Boqueria's Dupont Circle outpost. The restaurant at 777 9th St. NW will feature favorite dishes like patatas bravas in a warm, modern space with plenty of outdoor seating.

8. Chef and Chopped champion Adam Greenberg will open a beach oasis called Coconut Club in early 2019 near Union Market. The bar/restaurant's menu will include fresh juices and Hawaiian-inspired fare like poke and Spam fried rice. Located at 500 Penn Street NE, the space will feature tropical vibes with fun murals and wallpaper.

9. A hip new European hotel chain will open a location in Dupont Circle, its second hotel in the U.S. The hotel/hostel named Generator will open at 1900 Connecticut Avenue NW in what was formerly a Courtyard by Marriott. Generator includes private hotel rooms and shared hostel rooms, and the renovation of the D.C. location will add a restaurant and café, a new rooftop bar, a terrace bar and lounge, and private event space. The hotel's grand opening is slated for the end of 2019.

10. The owners of Adams Morgan favorite drinking destination Jack Rose will open an ambitious three-floor restaurant in the neighborhood called the Imperial. It's located at 2001 18th St. NW, and is slated to be ready in early 2019. The building's lower level will be home to a larger spot for Jack Rose's Dram & Grain cocktail bar with room for 75, while the light-filled dining room on the first floor will serve up seafood, pastas, and steaks. A 24-seat room with a gas fireplace will be available for private events, and the Imperial will also boast a rooftop bar. 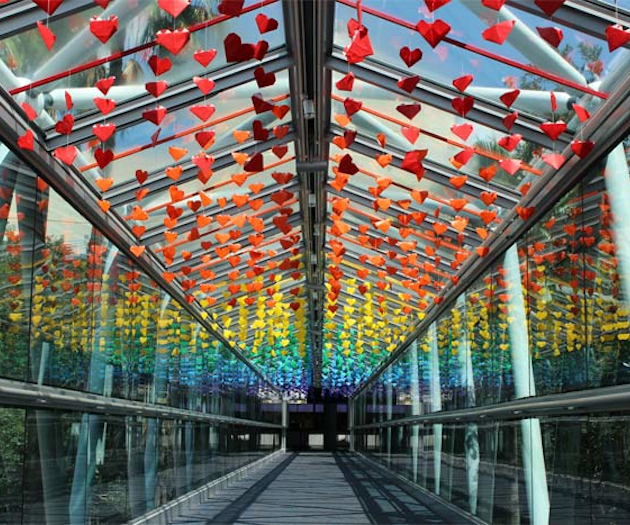