Alesandra Dubin
The Paramour Mansion, perched high above Los Angeles in the Silver Lake hills, has a mysterious backstory: An oil tycoon built the home for his silent-screen-star daughter Daisy Canfield Danziger and her new husband as a wedding gift in 1923; a decade later, the actress died when her car plunged over Mulholland Drive, and since, the house has been rumored to be haunted. Now refashioned as a recording studio (among other uses), the property still has an unearthly, luxurious feel to it, and David Yurman played up that very mood for a party feting its men's collection last night.

Yurman vice president of marketing and communications Shauna Brook oversaw the event, with production by Evolutionary Media Group headed up by Jennifer Gross. The party began with a seated dinner hosted by Evan Yurman for a scant 30 guests, seated at two dark-clothed banquet tables in a dining room flanked by big game trophies. La Petite Soiree brought onboard the chef from Cobras & Matadors to cater the intimate affair.Afterward, several hundred more guests arrived for a cocktail party featuring a performance by the Bravery in a high-ceilinged, Spanish-style room of the home well-suited for use as a performance space. Outside, Environtology gave the marble pool the look of an alligator's back by projecting white scales over the length of it, as well as over the exterior walls of the home. Cocktail tables and illuminated bars also featured the alligator pattern.

Looking out over the home's 360-degree city views on an uncannily warm pre-Halloween night, guests could see the flash of skytrackers originating from the new Nokia Theatre at L.A. Live downtown. Just out of view, smoke continued to plume from the wildfires still terrorizing Southern California. "We made a contribution to the American Red Cross in honor of the fire victims," said Brook, who added, "The David Yurman brand has a tremendous following in L.A. and the Hollywood community; Evan [Yurman] really identifies with the creative energy here." 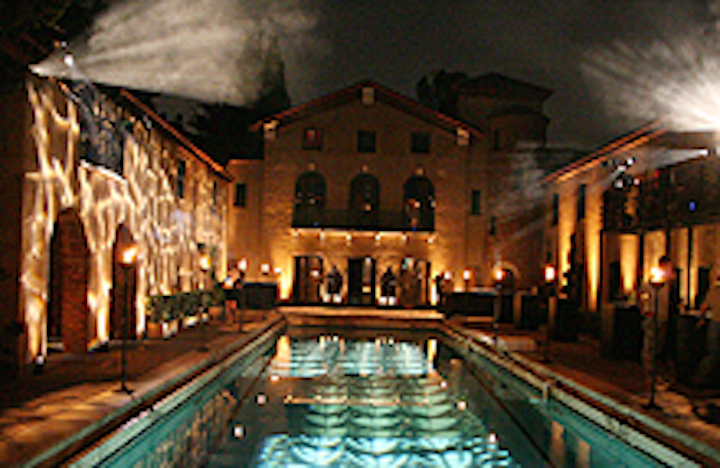 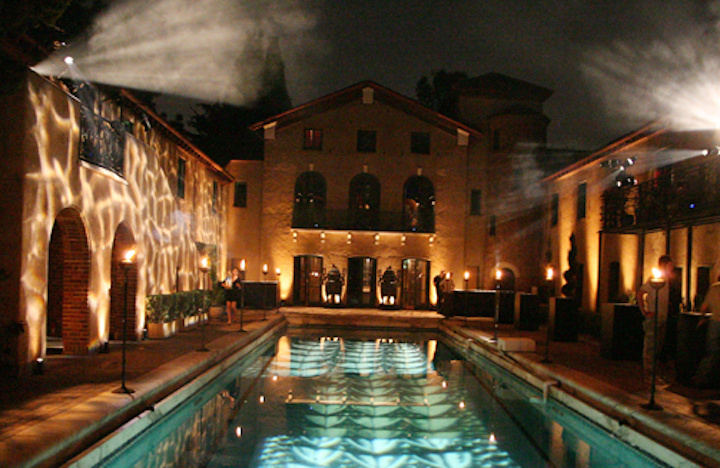 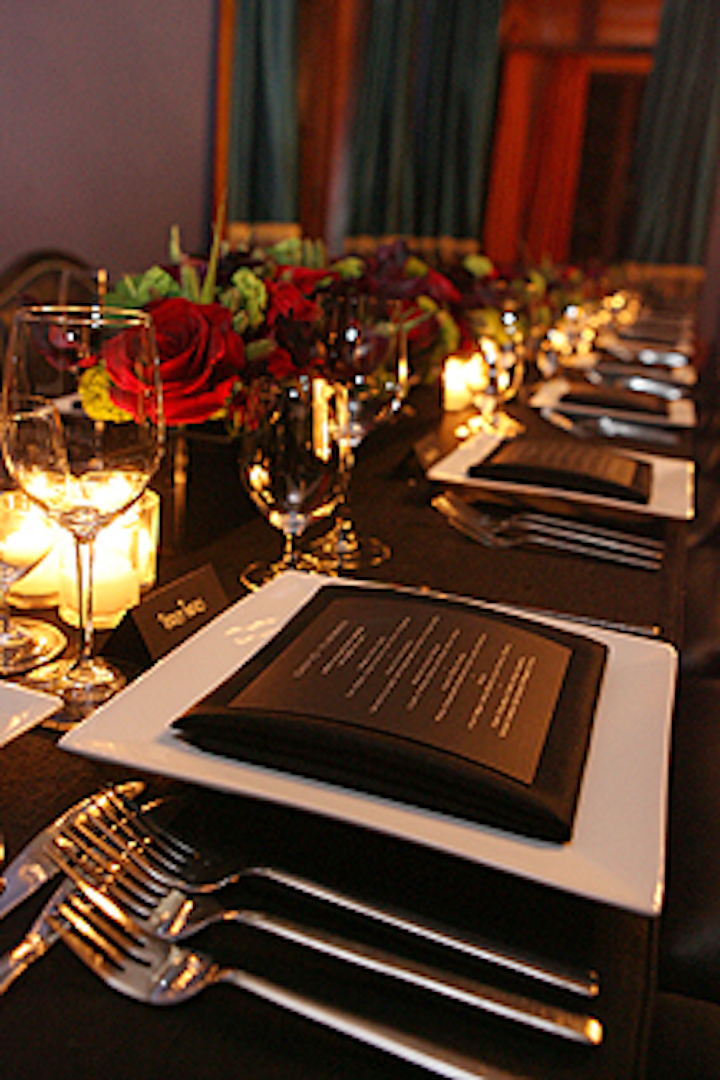 A small group of 30 guests dined at dark-clothed tables before hundreds more joined the group for the party.
Photo: Alexandra Wyman/WireImage.com 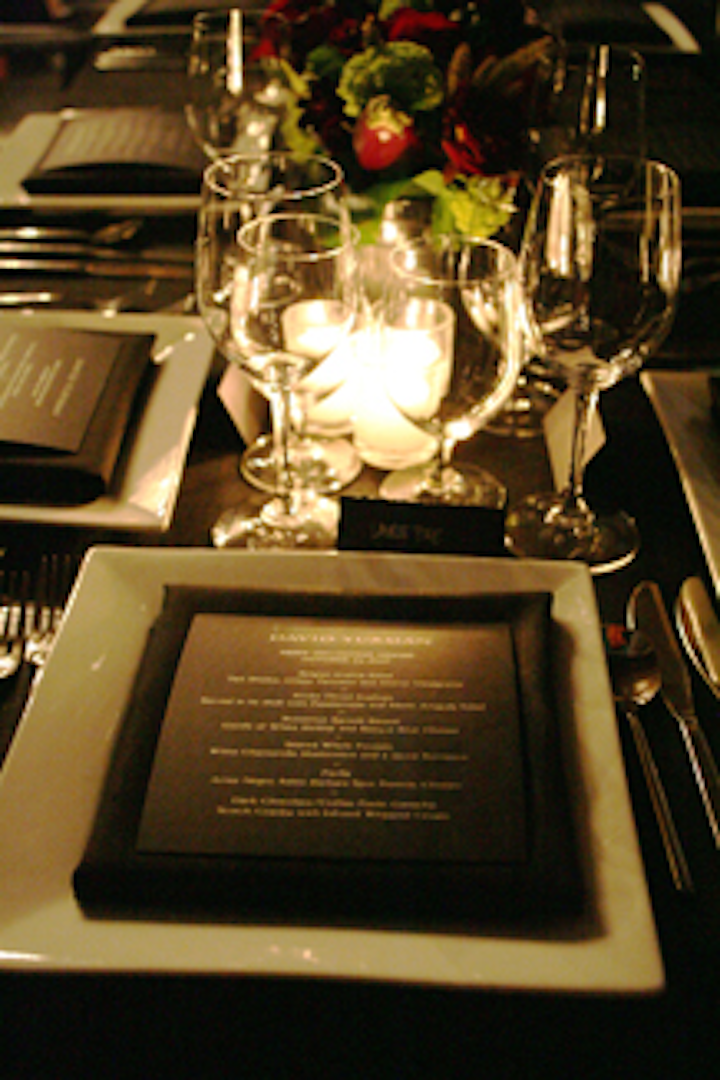 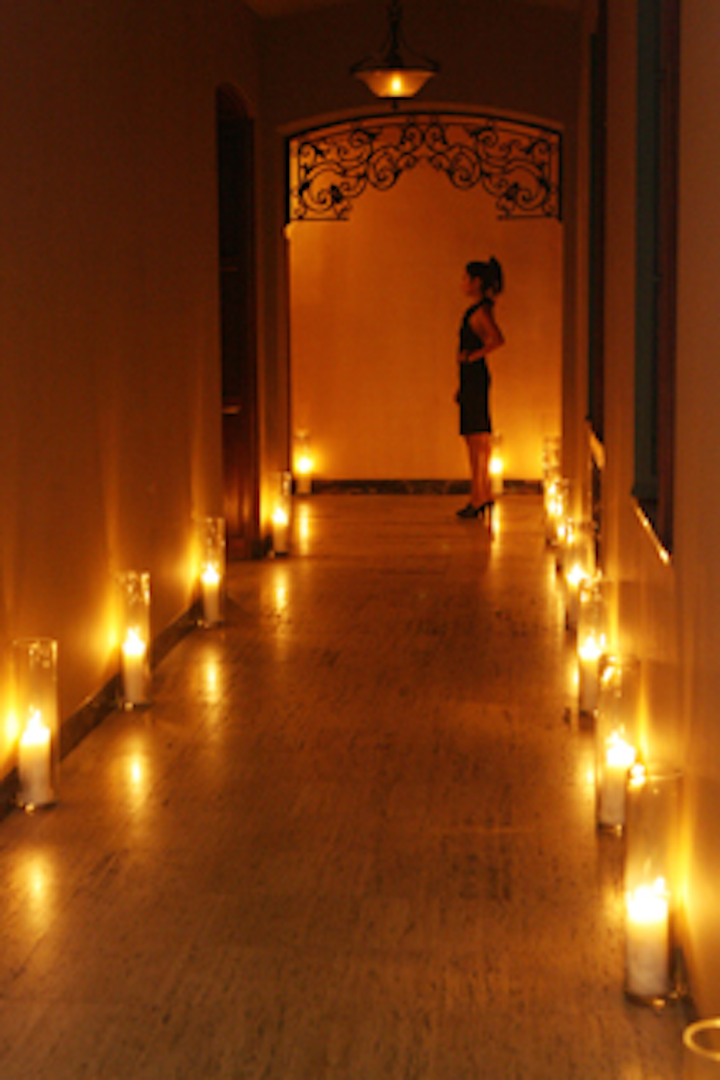 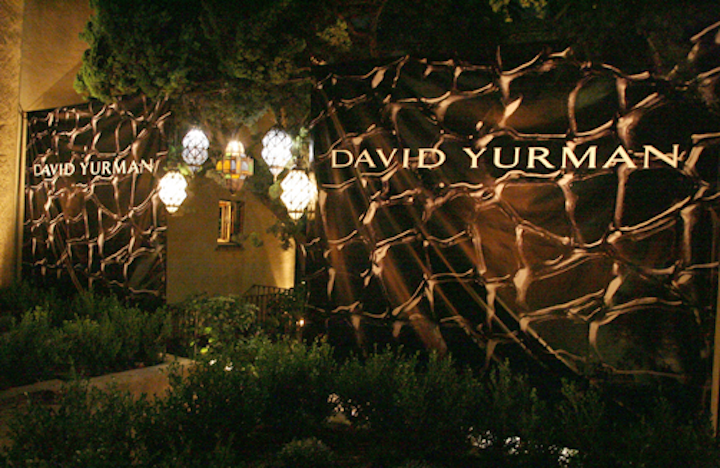 David Yurman signage sprawled across the entrance to the home, from a circular driveway complete with a fountain.
Photo: Alexandra Wyman/WireImage.com 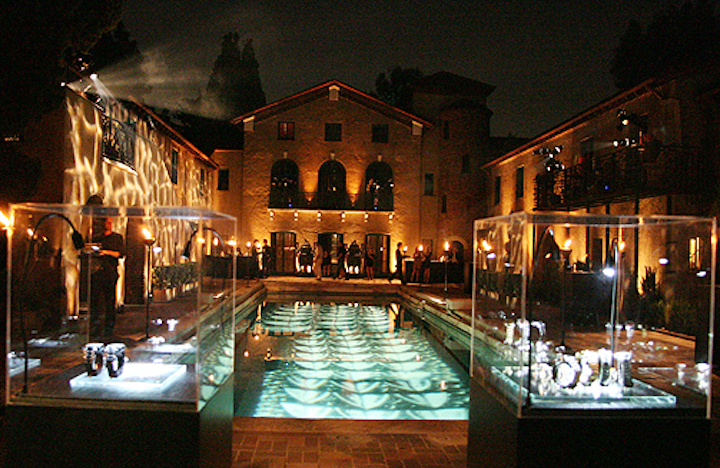 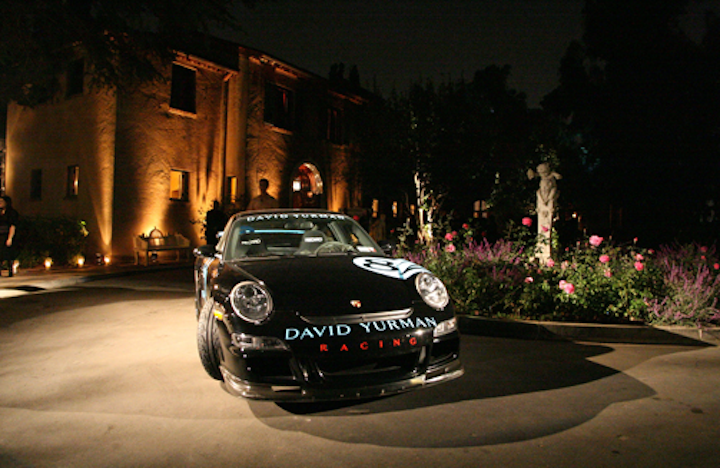