This year the Washington area's big restaurant awards ceremony got a sparkling decor treatment and found new ways to curb the rowdy crowd.

The event had a sparkly quality to it. Following the invitation's "Black Tie & Bling" dress code, several guests (including Belga Café’s Bart Vandaele) arrived donning museum-worthy necklaces, while the glittering square chandelier lamps at the pre-show reception and the crystal strand curtain on the stage also adhered to the evening's decor scheme. "Every year we have a different theme," said KSM Marketing's Kelly Morris, who produced the show. "Last year was black-tie and boa, and bling was our next creative venture."Not surprisingly, food was a focal point. The evening's subsidiary theme, "Setting the Global Table," allowed the menu to introduce a variety of cuisines, including the reception's Chilean ceviche, paired with pisco sours, peanut-crusted chicken skewers, and a raw bar piled high with shrimp. The dinner menu paid homage to Iceland (and the five groups from the country that were sponsors, such as Icelandair) with applewood-smoked Icelandic charr with fennel and ravioli with pear and Icelandic dimon cheese.

During the two-and-a-half-hour show, the chatter in the massive room became an occasional problem. "We've always had sound issues. We have a hard time keeping control of this crowd," Morris said. (The respite came during a memorial tribute to PR and Rammy guru Joan Hisaoka, who passed away last month.)

To thwart the issue, Morris worked with PSAV to bring in more powerful audio equipment. M.C.s Sue Palka of Fox 5 and James Adams of NBC 4 also came up with a quick fix: Every time the crowd overpowered a presenter, the duo blew a fog horn to garner silence.

Once the 13 awards were given out, the back of the ballroom turned into a dance space with Onyx (from Washington Talent, Photo & Video) playing old- school hits like the Sugarhill Gang's Rapper's Delight. Guests also found their way to various after-parties, such as SurReal Vodka's late-night reception at the Russia House. 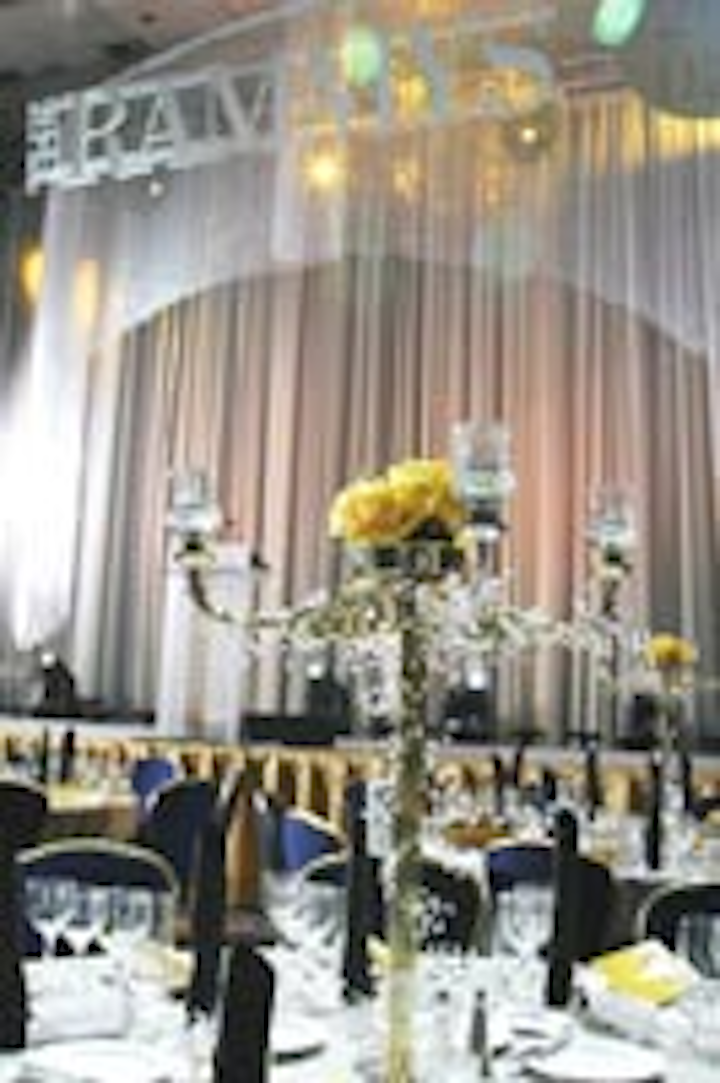 The main stage at the Rammy restaurant awards gala
Photo: The Photographers Gallery 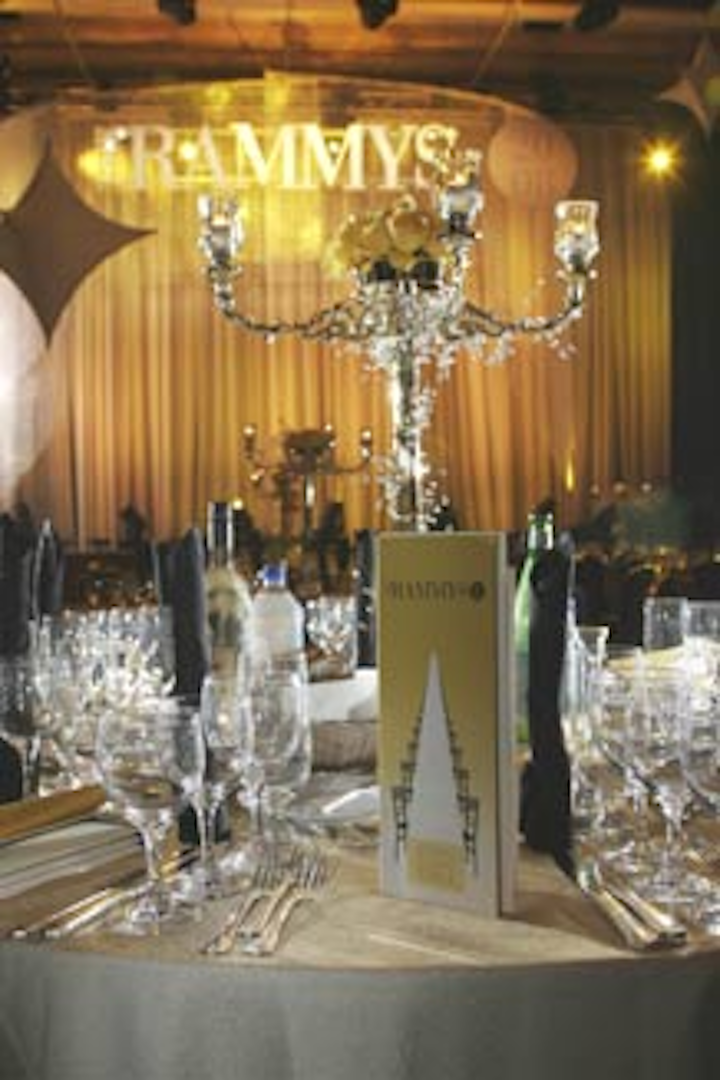 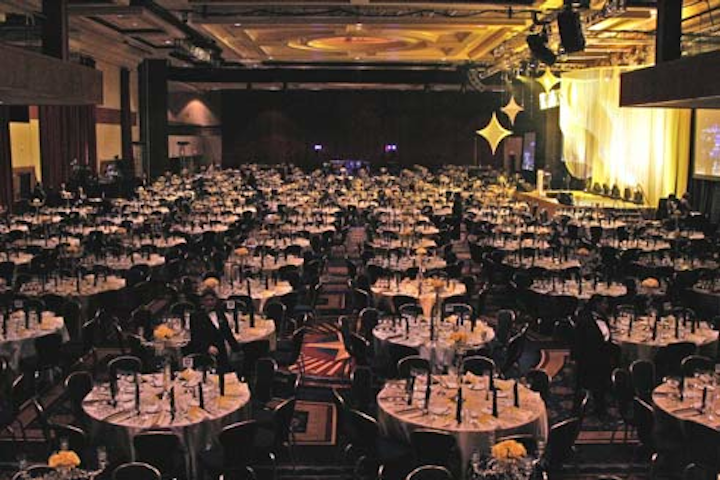 The dinner and its 1,600 guests took over every inch of the grand ballroom, with the stage at the center.
Photo: The Photographers Gallery 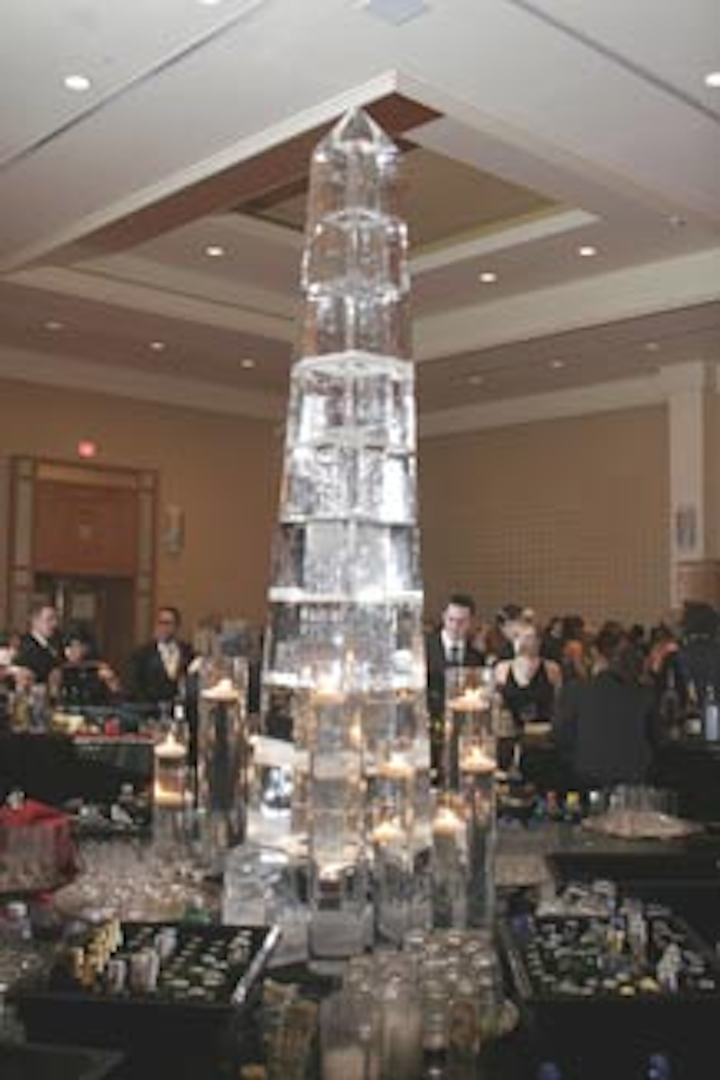 An ice sculpture of the Rammy logo (an obelisk) sat in the center of the square bar during the pre-dinner reception.
Photo: The Photographers Gallery 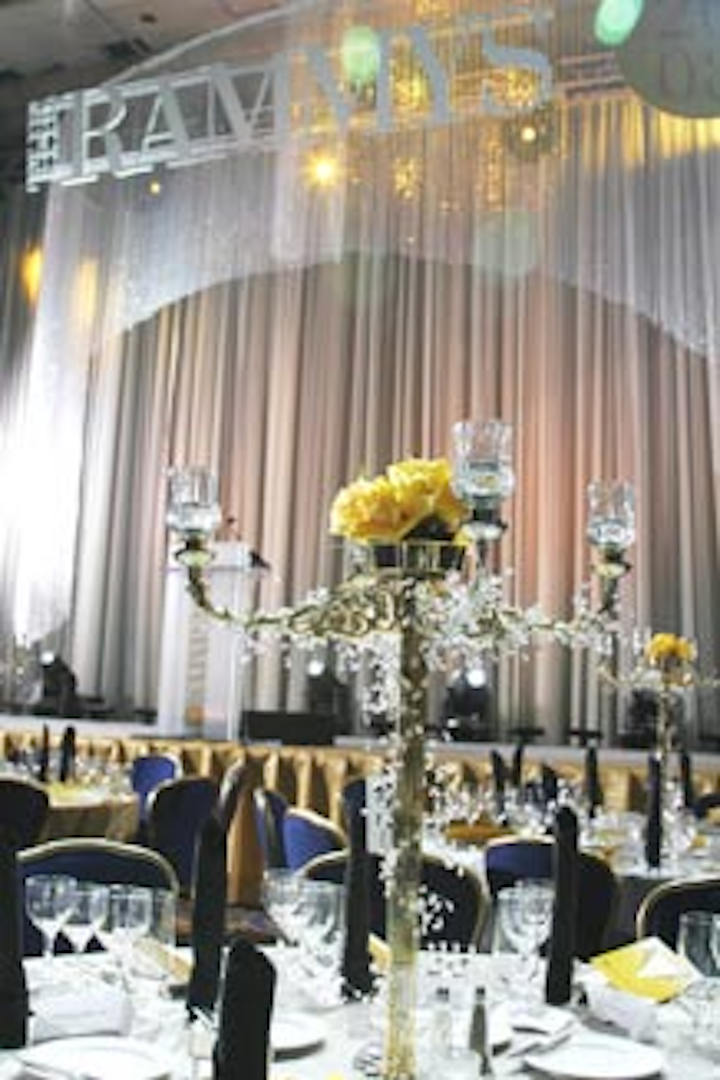 The awards show stage from Hargrove featured long strands of crystals, which framed the presenters.
Photo: The Photographers Gallery 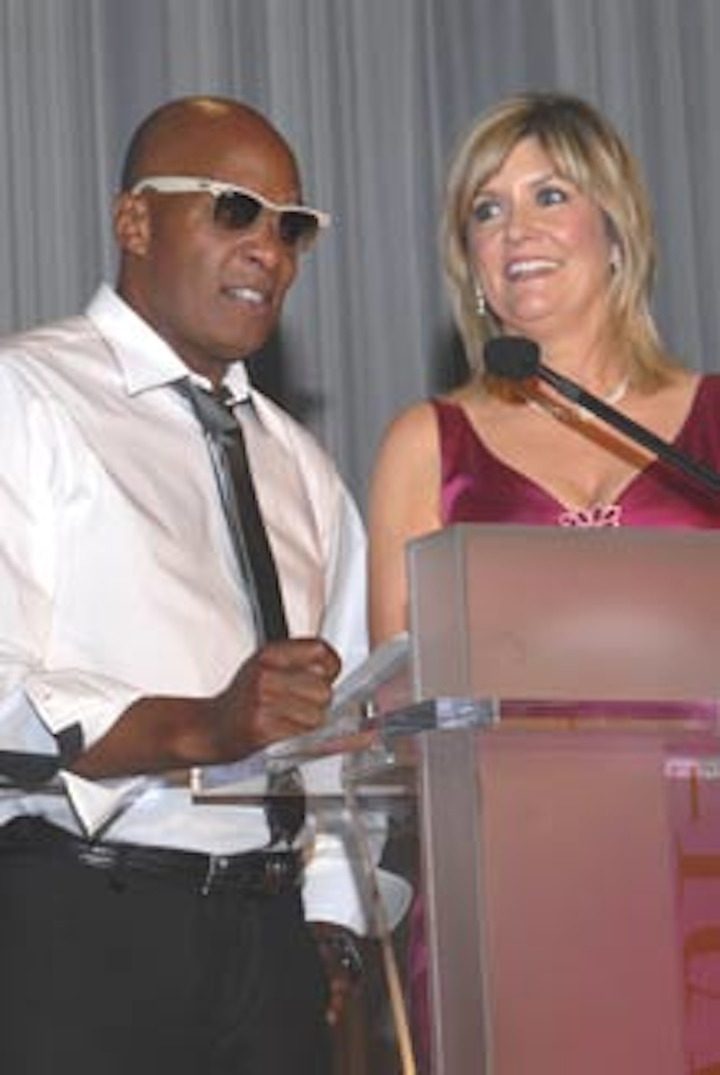 Sue Palka of Fox 5 and James Adams of NBC 4 acted as M.C.s again this year, and worked to curb the loud crowd by occasionally using fog horns.
Photo: The Photographers Gallery
More in Food Trends