Owned by Maple Leaf Sports and Entertainment, Real Sports Bar & Grill at Maple Leaf Square is a 25,000-square-foot restaurant with 199 televisions, 112 taps with 36 beer brands on offer, and what is said to be the largest indoor HD screen in North America. The multilevel York Streeet venue, adjacent to the Air Canada Centre and designed by the Rockwell Group, also includes several areas available for group entertaining and corporate functions.

The bar is divided into zones inspired by the games of basketball, hockey, and soccer. The basketball-themed Tip Off Bar has dining tables made of reclaimed wood from the Toronto Raptors' former court, and an installation above the curved bar resembles a basketball net.

In the Coaches Corner (named after Don Cherry's Hockey Night in Canada segment) every booth has its own television. Two chandeliers, each made from 500 hockey sticks and created by design firm Brad Oldham Inc., hang from the ceiling. Replicas of major trophies like the Stanley Cup, the World Cup, the Vince Lombardi trophy, and the Heisman Trophy (also designed by Oldham), line the central corridor leading to the restrooms.

A V.I.P. space in the middle of the bar, dubbed the Players Lounge, is reserved for members of the Toronto Raptors, Maple Leafs, and the Toronto F.C. Dark leather furnishings surround a stainless steel fireplace, and booths come equipped with beer taps at each table.

The main space, called the Arena, has an 80-foot bar that looks like a sheet of ice when lit, and a massive 39-foot screen said to be the largest indoor HD screen in North America. The space seats 220 at communal tables near the bar and a series of smaller tables and curved booths filling the remainder of the room.

The upper floor, which overlooks the Arena, houses a golf simulator, three private suites (divided by retractable walls), and the Pitch Bar, which resembles a soccer field. The largest suite holds up to 50 and the smallest accommodates about 15. The entire upper level holds about 400. The Gardens Room, a function space often used for press conferences, is also on the second floor. The room can hold as many as 130 in a theatre-style setup.

The menu from executive chef Tony Glitz lists bar food with a twist. Appetizers include items like quesadilla sliders and cheeseburger spring rolls served with mustard, ketchup, and relish for dipping. There are 12 varieties of burgers on the menu and four foot-long hot dogs. Entrees include steaks and pub favourites like macaroni and cheese and chicken pie. Desserts, some of which are identified by a label recommending a team effort, include the 10 layer devil’s chocolate cake and the Wendel sundae, described as being “bigger than Stanley’s cup.”

Draught beers include lagers like Foster’s and Mill St. Organic, ales like Rickard’s Red and Caffrey’s, and specialty beers like Grasshopper Wheat Ale and Murphy’s Irish Stout. Cocktails have names like the Nut Job, Shake & Bake, and the Arnold Palmer Cocktail. 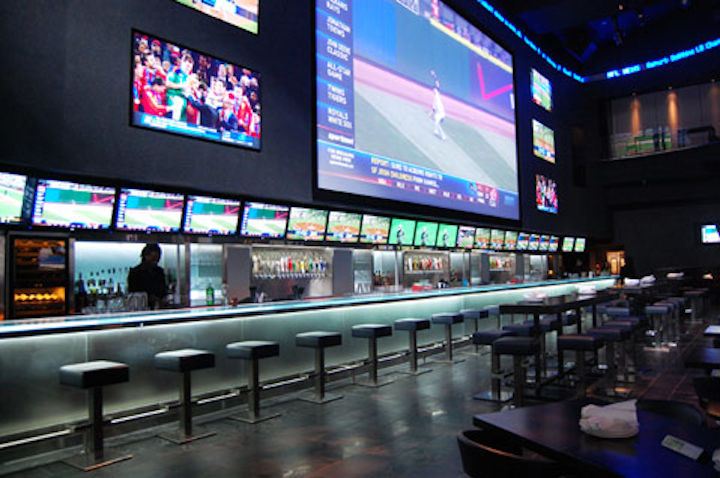 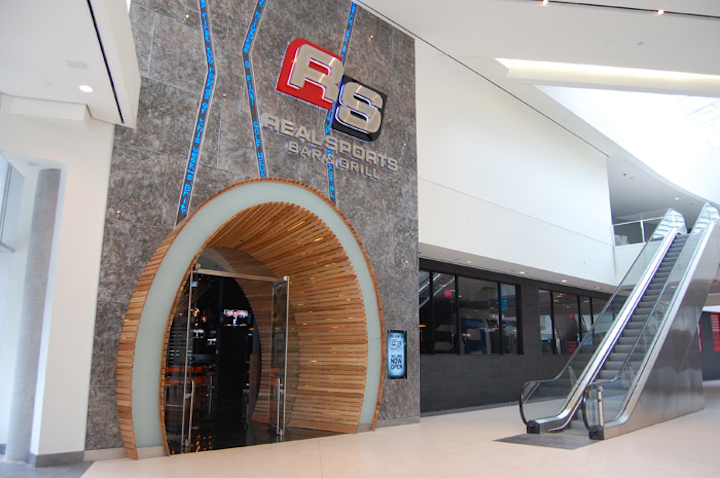 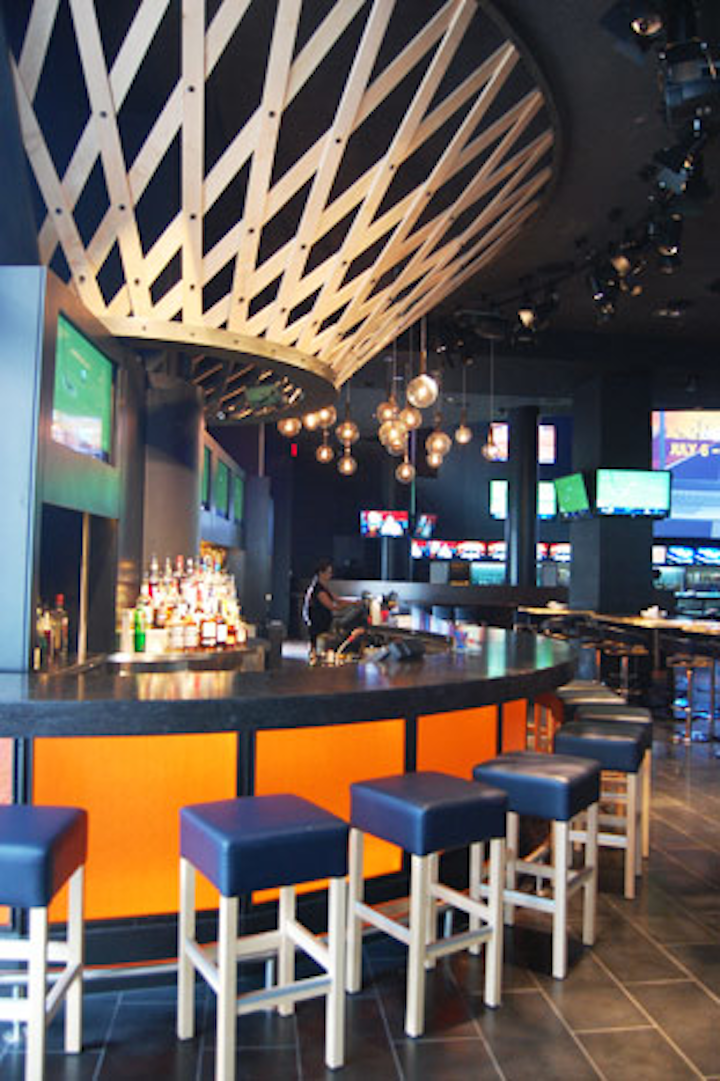 Inspired by basketball, the Tip Off Bar has an orange bar and an installation resembling a basketball net.
Photo: BizBash 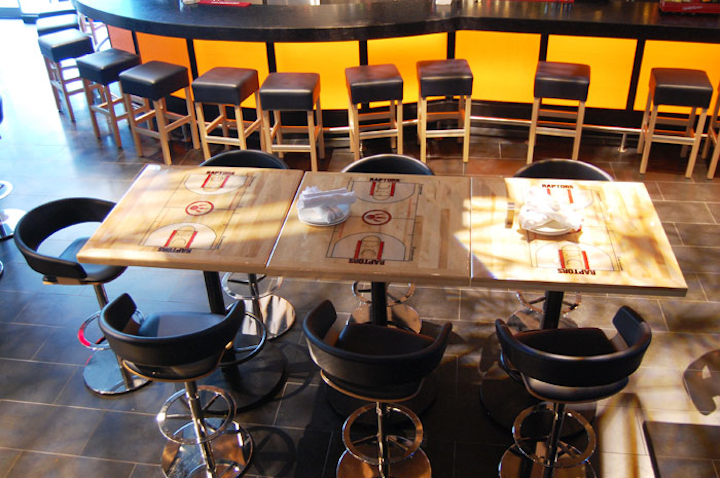 Tables in the Tip Off Bar are made from reclaimed wood from the Toronto Raptors' former basketball court.
Photo: BizBash 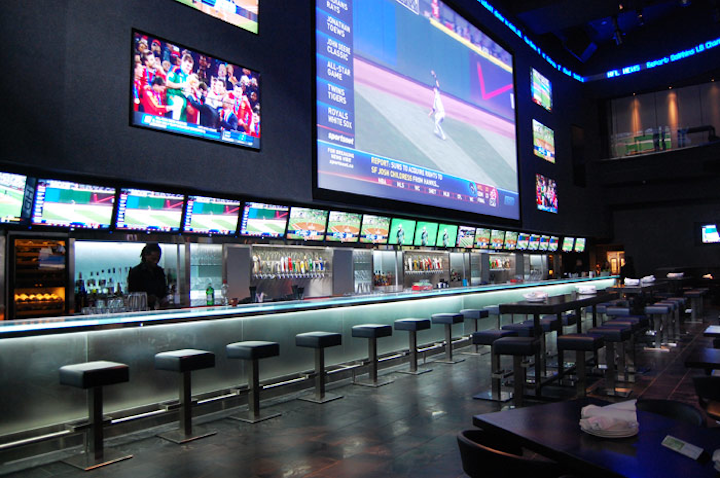 The main space, dubbed the Arena, features an 80-foot bar, a massive HD screen, and seating for 220.
Photo: BizBash 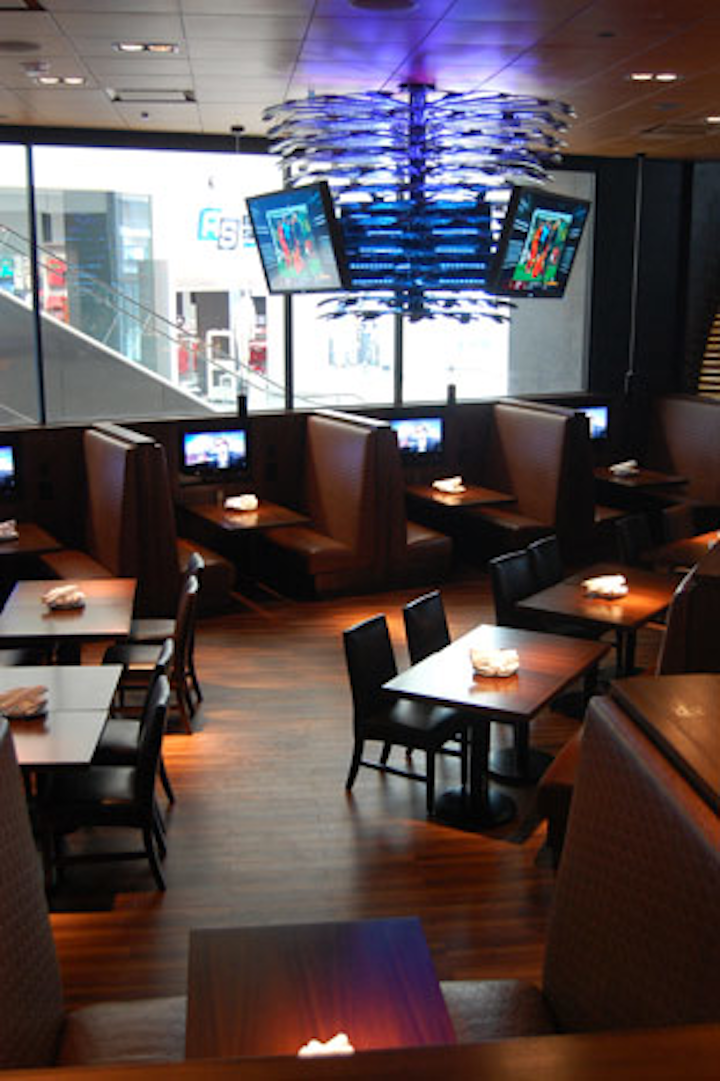 Two chandeliers made from 500 hockey sticks hang in an area called the Coaches Corner, where every booth is equipped with its own television.
Photo: BizBash 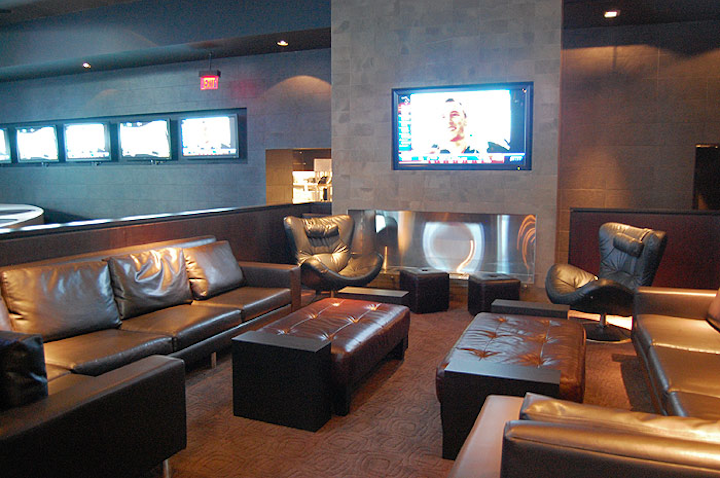 A V.I.P. space in the middle of the bar is reserved for members of the Toronto Raptors, the Toronto Maple Leafs, and the Toronto FC.
Photo: BizBash 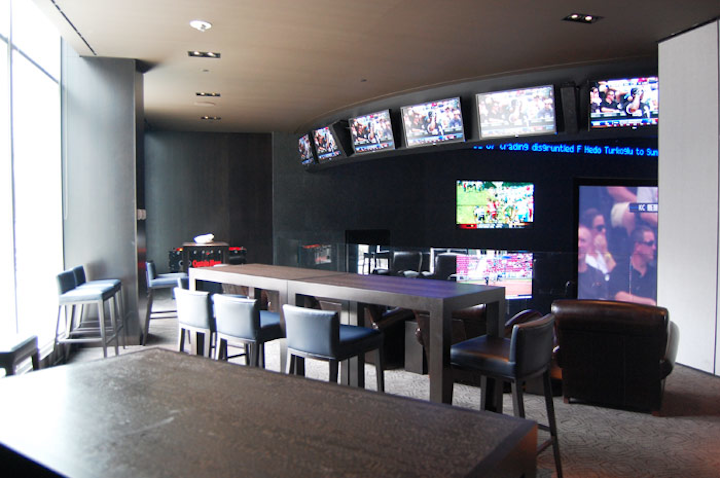 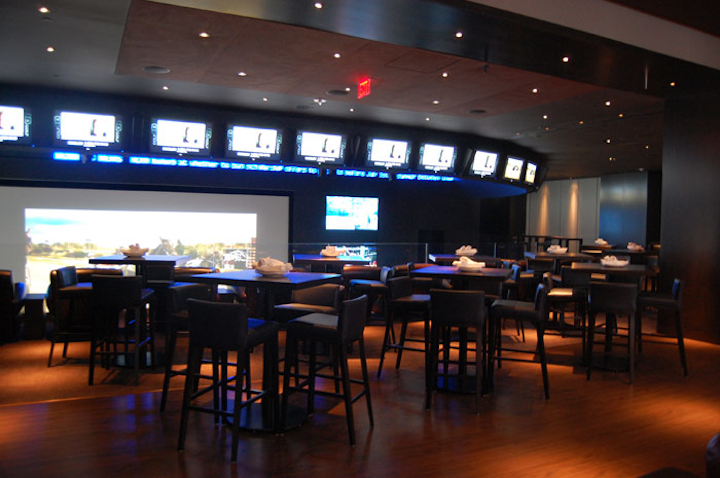 The upper level, which accommodates as many as 400, can be booked for private events.
Photo: BizBash 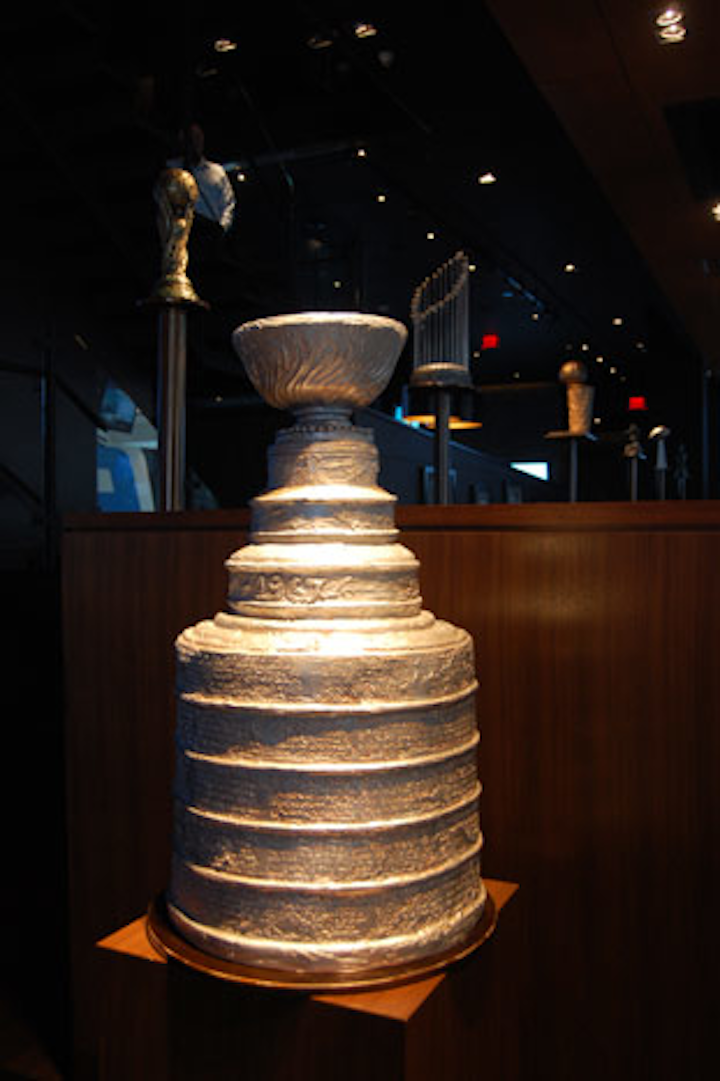 The decor includes replicas of major trophies like the Stanley Cup, the Vince Lombardi trophy, and the Heisman Trophy.
Photo: BizBash
More in Food Trends