And wouldn't you know? An all-green theme began with the arrivals and continued through the party. On the sizable green carpet, on a partially closed Hollywood Boulevard in front of the theater, sat the indestructible Black Beauty prop car from the movie.

At the party, green lighting bathed various spaces on the first floor of the Hollywood Roosevelt, where Green Hornet logos fronted bars. Inside a square central bar sat the prop motorcycle from the movie. Atop green-clothed high boys, green LEDs illuminated cracked plastic in glass vessels for a textural look. Green Hornet logo gobos made for dramatic lighting on the walls of the party space.

DJ Vicious Lee spun for the crowd, and comfort-food dinner and dessert buffets came from the Roosevelt—and not from nearby La Cienega restaurant Gonpachi, a real venue that figures prominently in the film, which is set and was filmed in Los Angeles. Polite in Public set up a photo station with on-theme props like superhero masks, and a backdrop that evoked an L.A. nighttime cityscape. 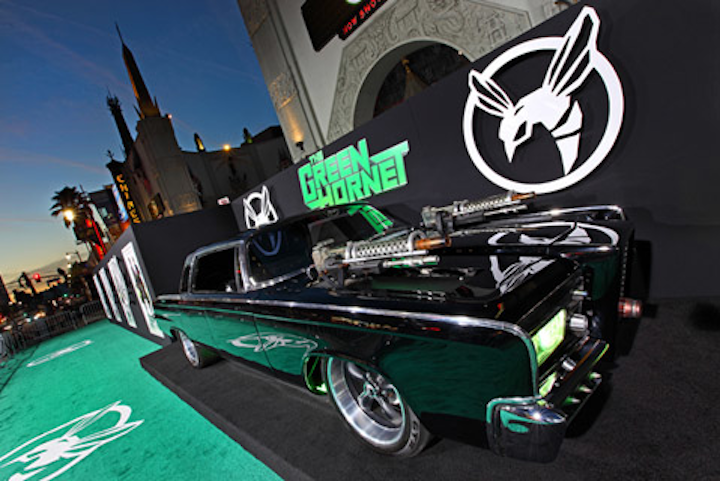 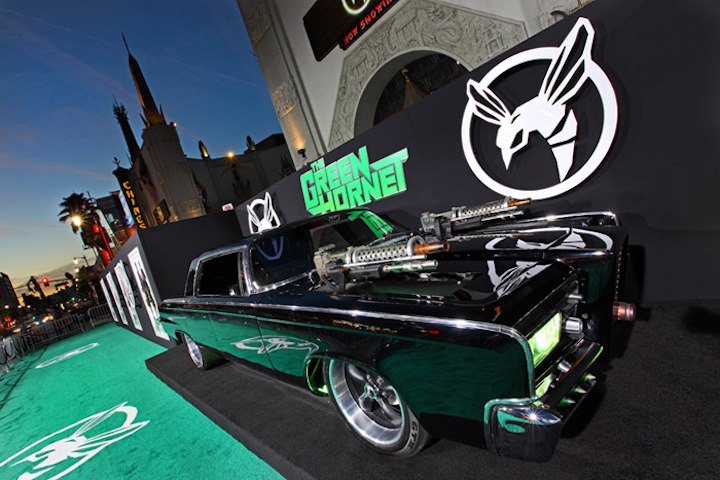 The Black Beauty prop car from The Green Hornet stood sentry for the green carpet arrivals for the movie's premiere.
Photo: Line 8 Photography 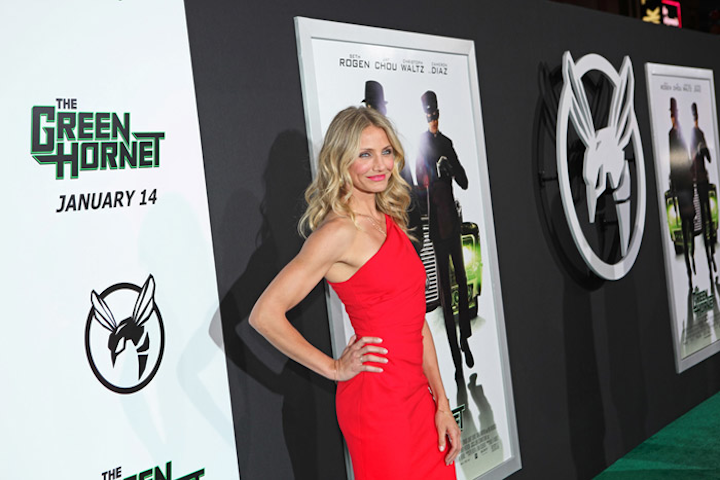 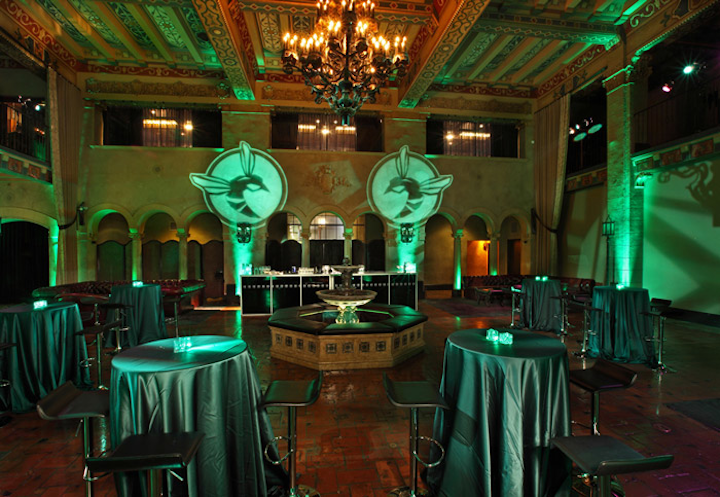 The premiere party at the Hollywood Roosevelt got an all-green look.
Photo: Line 8 Photography 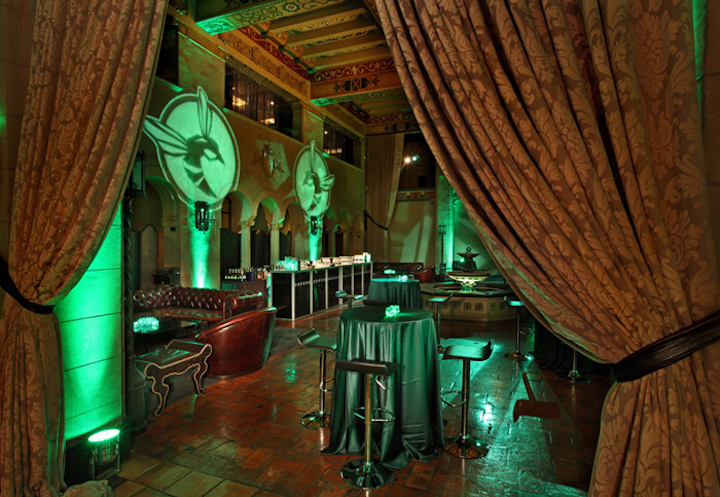 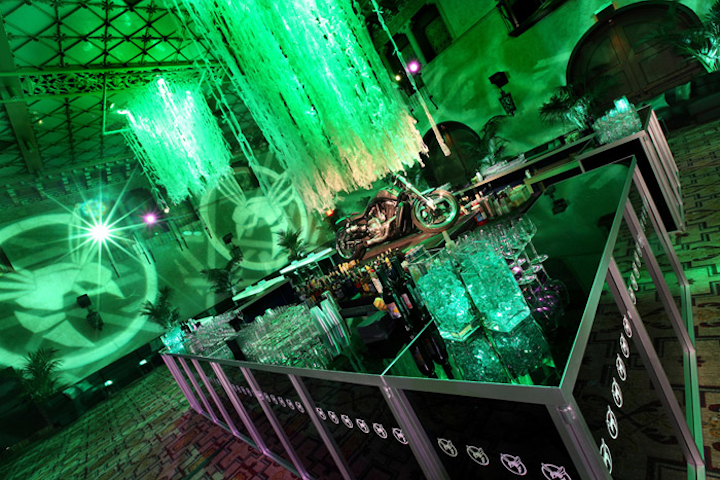 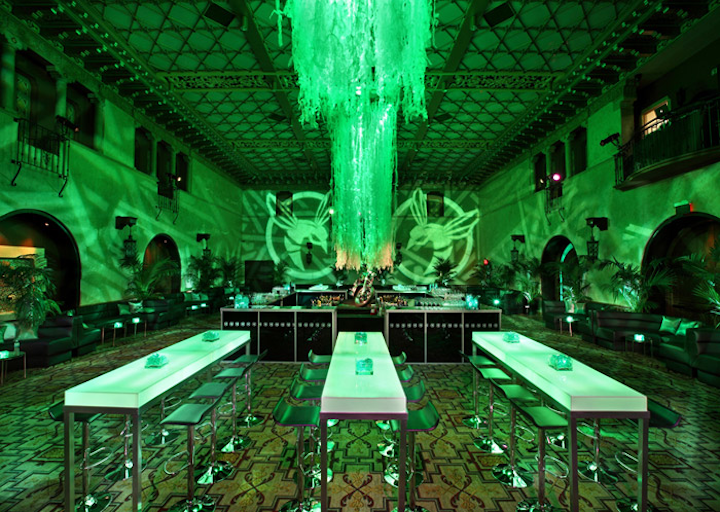 Illuminated tables provided seating for guests to dine on buffet-style dinner and dessert after the screening.
Photo: Line 8 Photography
More in Food Trends