To celebrate the start of its 103rd season, the San Francisco Symphony hosted an Opening Night gala with several moving parts.

On September 3, the San Francisco Symphony celebrated the opening of its 103rd season with a gala that had several moving parts. Prior to a concert featuring Bonnie Raitt, Yuja Wang, and the San Francisco Symphony, three dinners—each for a different level of ticket holder— took place in separate spaces. There was also a sparkling-wine reception before the concert and a massive after-party open to all concert attendees.

Organizers, naturally, faced some challenges. "Our largest logistical challenge involves three separate events in different locations that all have activity happening simultaneously," said Katie Nicely, the symphony's director of community and external relations. "For the pre-concert dinners, we have close to 1,600 people coming to the lobbies of Davies Symphony Hall and San Francisco City Hall, and the Patrons Tent, which is built outside of Davies. And then another 1,000 guests arrive at Davies Symphony Hall for a wine reception one hour before the performance."

But the challenges didn't stop once the concert began. During the 90-minute performance, vendors worked to totally flip the tent that had housed the Patron's Dinner, readying it to host an after-party with a stage, a dance floor, food stations, and bars. Grove Street, located outside of Symphony Hall's main box office, was also partially shut down to host the indoor-outdoor, after-hours bash. "We wanted patrons to exit the concert to a different event than they saw before," Nicely said.

How did the team keep everything running smoothly? "Staying on track means hiring the best events team, which includes our staff, vendors, and ... volunteers," Nicely said. Along with the volunteers and catering and design teams, Nicely said that the gala benefits from support of the city of San Francisco, including its police force, and the War Memorial Performing Arts Center, which owns Davies Hall. 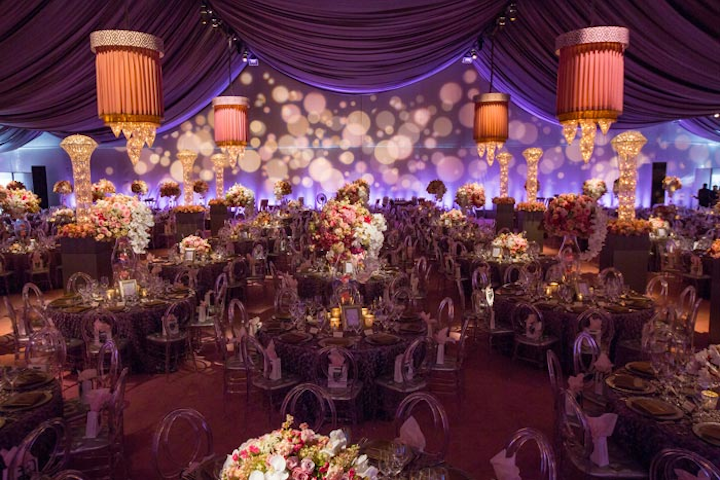 In the Patron's tent, Got Light created a lighting scheme inspired by champagne bubbles. The design, created by Blueprint Studios, had an Art Deco vibe with hues of blush, gold, and silver.
Photo: Irja Elisa Photography 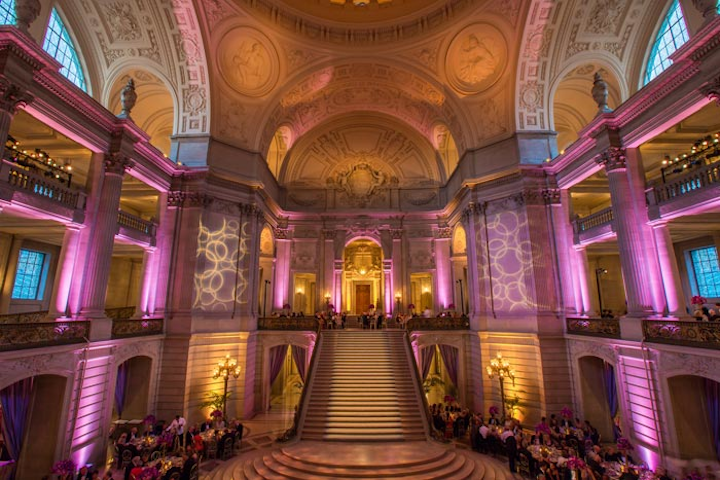 The Symphony Supper was served in the rotunda of City Hall. McCall's was the caterer for the evening, and menu items included a "mosaic" of Maine lobster, avocado Marquise, asparagus, watercress, shaved beets, and quail eggs; smoked sea-salt filet of beef; and baked Alaska.
Photo: Irja Elisa Photography 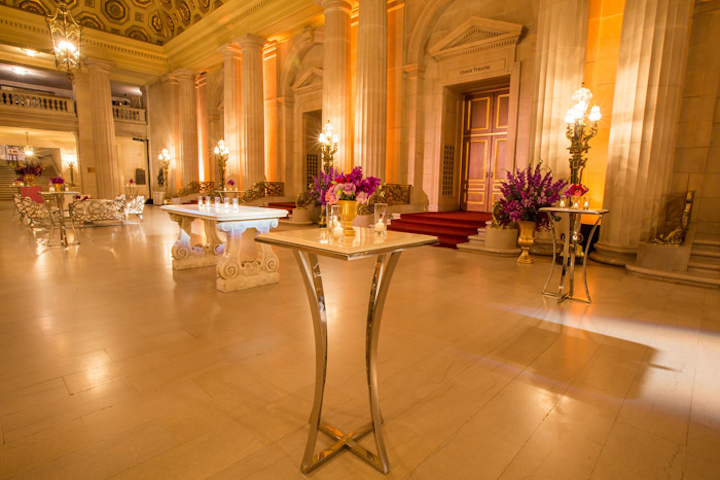 In the lobby of the opera house, the Aria reception took place after the concert. It was open to guests who purchased tickets at the top two levels.
Photo: Irja Elisa Photography 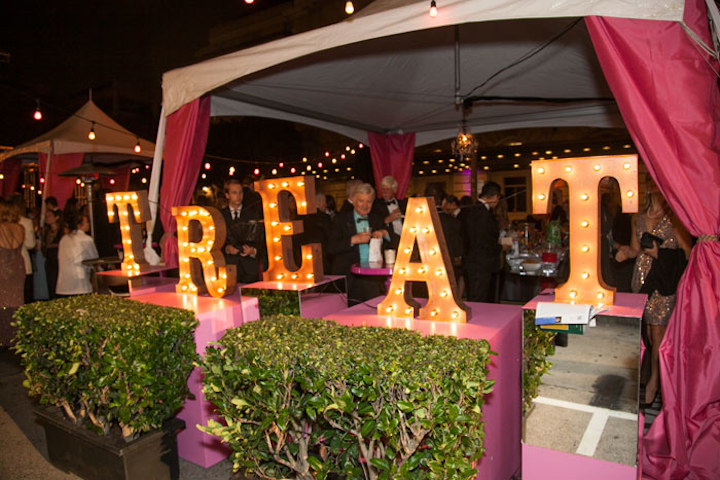 After the concert, a party took place along Grove Street. The alfresco bash was filled with cabanas holding snacks, drinks, and candy jars, and it was open to all 2,700 guests who attended the concert. "So even guests that did not purchase a pre-concert dinner packages are partaking in an elevated experience where everyone is a V.I.P.," said planner Katie Nicely.
Photo: Moanalani Jeffrey Photography 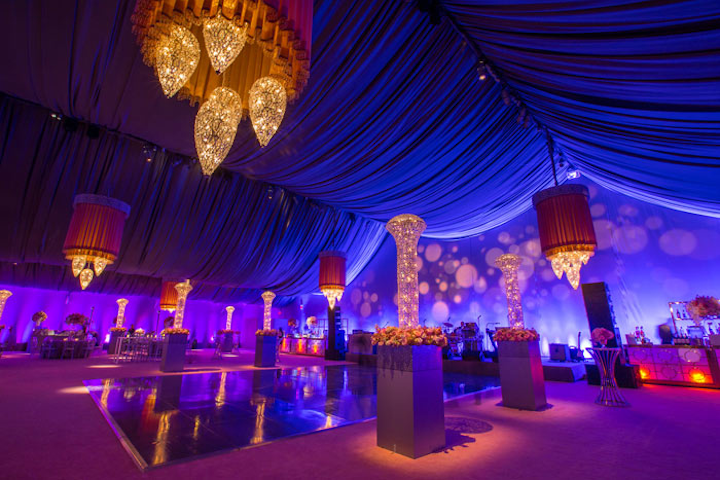 From Grove Street, the after-party guests headed into the transformed Patron's Tent for desserts and dancing.
Photo: Irja Elisa Photography 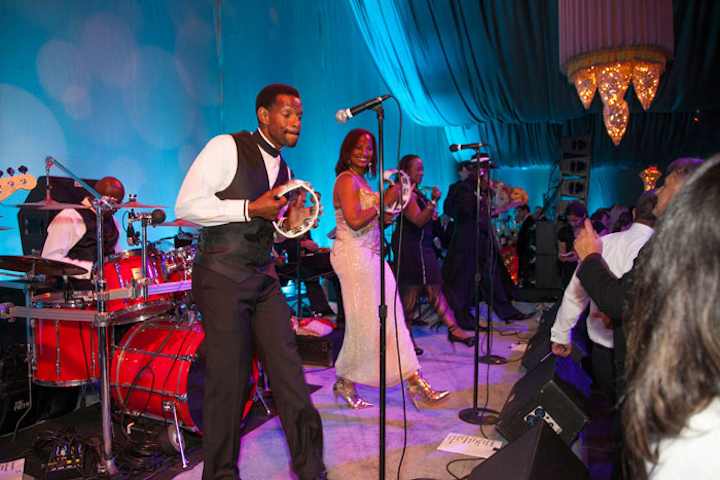