The men’s fashion site JackThreads had fortuitous timing when it signed on with its first celebrity partnership. N.B.A. star Russell Westbrook’s Westbrook Frames created an exclusive collection for JackThreads, and a launch party timed to take place just before the N.B.A. All-Star Game took advantage of the game being in New York as well as Westbrook’s superstar status: He was named the M.V.P.

While the event had nods to basketball—guests could use them as props at the GIF photo booth—it focused more on offering interactive experiences. Held February 12 at the SoHo townhouse 214 Lafayette Street, the event set a tone at the entrance, where guests had a view of synchronized swimmers the Aqualillies performing in black swimsuits and high heels. The next level offered a poolside view of the performance as well as a lounge sponsored by Mountain Dew’s new Kickstart brand and an Avion tequila bar.

On the main level, guests posed for portraits from the caricature artist Napkin Killa, who drew them onto his signature cocktail napkins. The main gathering space featured a product display as well as the photo booth, where guests were invited to try on the frames. DJ Virgil Abloh spun from a room that overlooked the space. Catering came from famed pastry chef ​D​ominique Ansel, who provided a trio of desserts, alongside savory bites from Mary Giuliani Catering & Events.

The experiences provided several sights for guests to chronicle on social media, and JackThreads, which is owned by the digital media company Thrillist, reported approximately 835,000 social impressions from the event.

The design of the event, which was produced by Engine Shop, had a black and white color scheme with pops of yellow. “We wanted the creative to be bold but also tie back to the original creative that was used in the JackThreads’ holiday look book and online digital experience,” a JackThreads rep said. 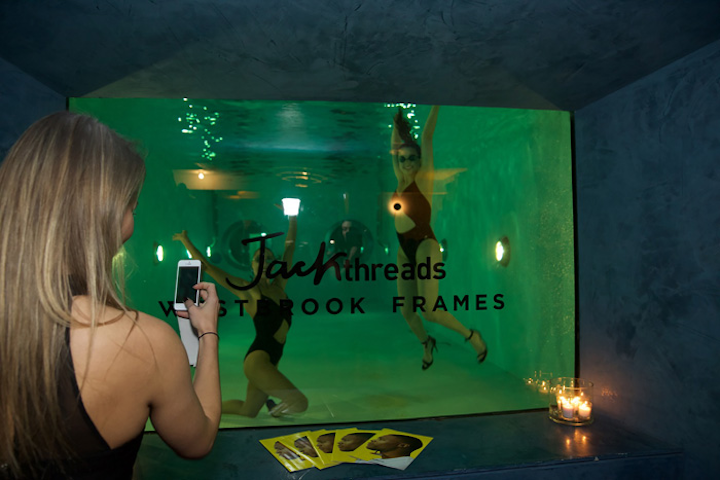 Taking advantage of the venue's indoor pool, members of the Aqualillies synchronized swimming troupe performed for guests, who viewed their underwater routine from a window in the entrance. Their uniform of black swimsuits and high heels set a stylish tone for the fashion event.
Photo: Courtesy of JackThreads 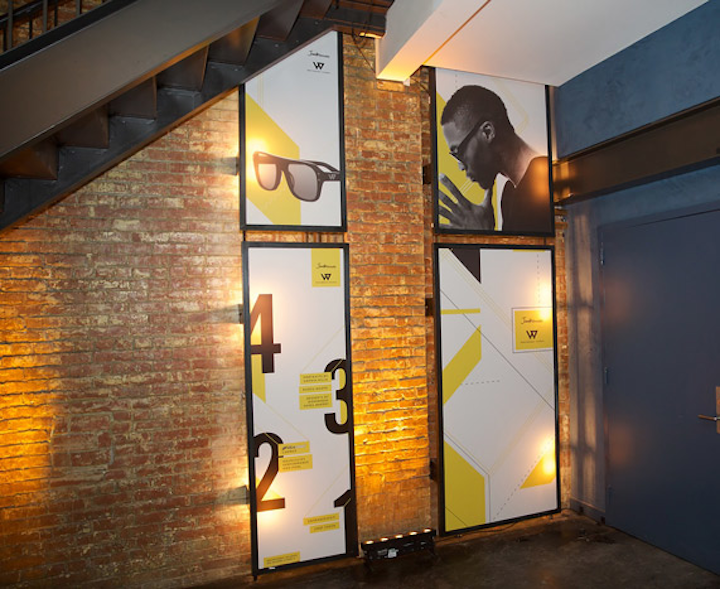 The signage at the event tied into the product's creative campaign, which used black and white with a pop of yellow.
Photo: Courtesy of JackThreads 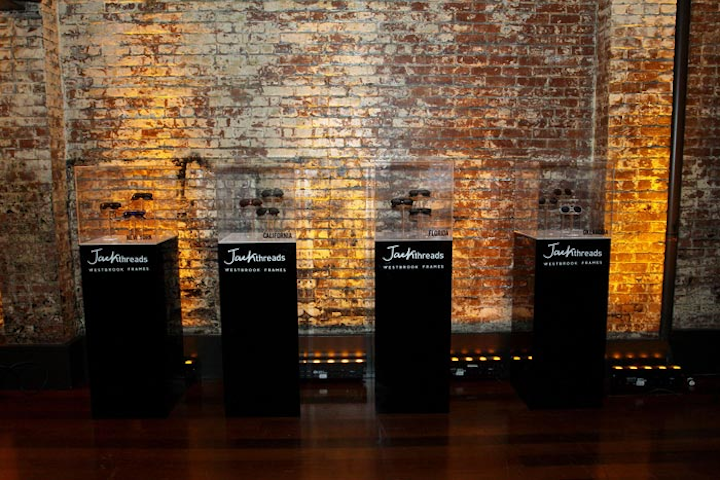 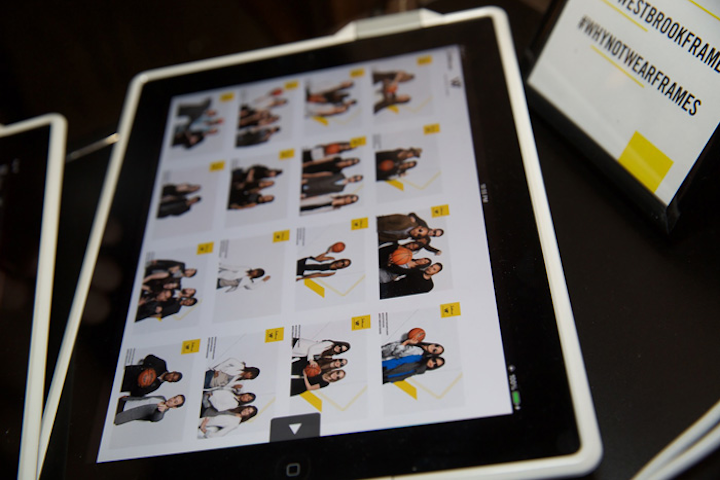 Guests could instantly share animated GIFs from the Studiobooth photo booth to their social media sites. They posed wearing frames from the collection as well as with basketballs in hand.
Photo: Courtesy of JackThreads 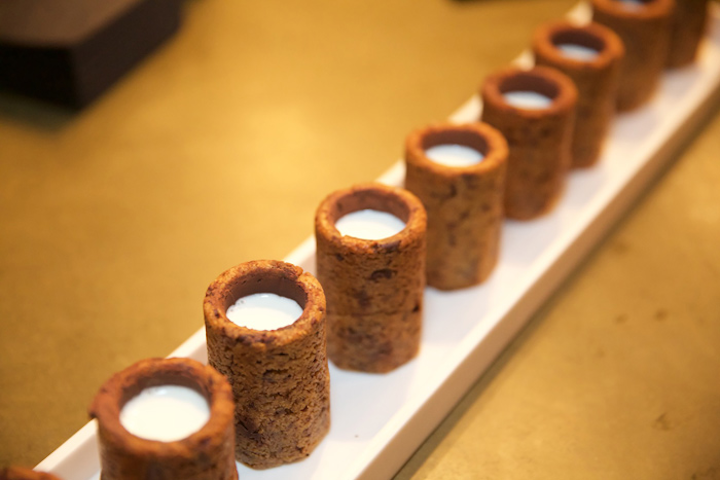 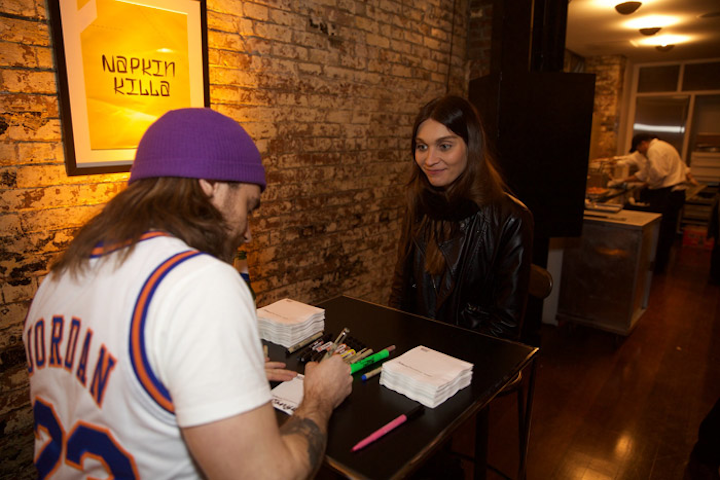 Napkin Killa, an artist who creates caricatures on cocktail napkins, had his own station at the event where he drew portraits of guests.
Photo: Courtesy of JackThreads 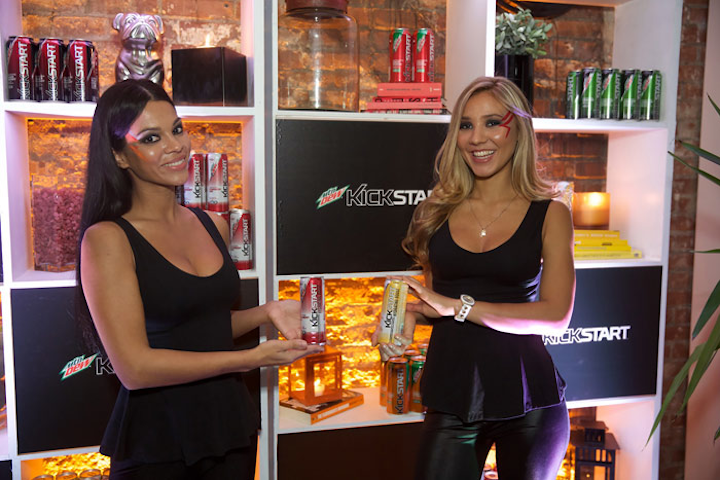 Taking over the home's library was the Mountain Dew ​K​ickstart ​Lounge, which featured a color-blocked product display.
Photo: Courtesy of JackThreads 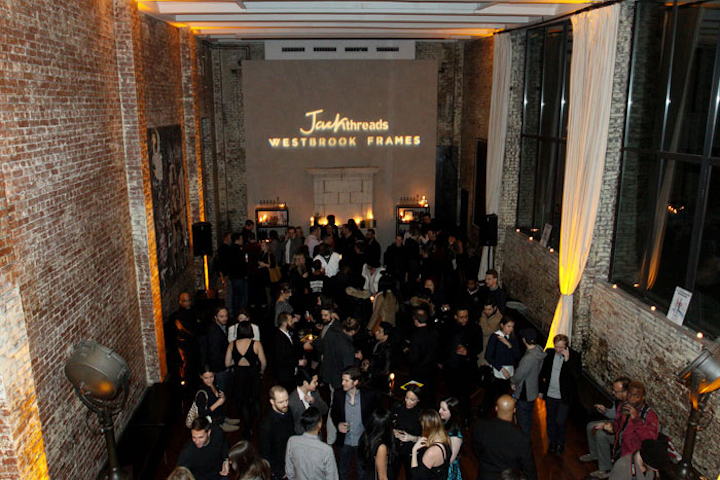