The tequila brand introduced new event elements for guests at the launch of its annual margarita competition, which coincided with National Margarita Day.

To celebrate National Margarita Day on February 22, Patrón hosted a tequila-theme consumer event that also marked the launch of the brand's annual Margarita of the Year competition. Building off the momentum from the brand's similar event in Los Angeles in 2016, the celebration brought Patrón fans, influencers, and media to Sir Stage37 in New York to try the seven different culture-inspired cocktails that are competing for the title.

"At Patrón, we’ve made Margarita Day an international holiday," said Pam Dzierzanowski, vice president of event marketing for Patrón Spirits Company. "This event celebrated that and also launched our Margarita of the Year competition, which has brought together bartenders from around the globe to innovate and evolve the cocktail we all love."

Partnering with event producer Jack Connolly of experiential marketing company Mosis, Patrón used the event as an opportunity introduce new interactive, tech-focused elements for guests, which were weaved into the event's decor, margarita-voting station, and entertainment.

Dzierzanowski noted that the brand plans to host similar experiences in the future and that consumers can continue to vote for their favorite margarita on Patrón's website through April 9. 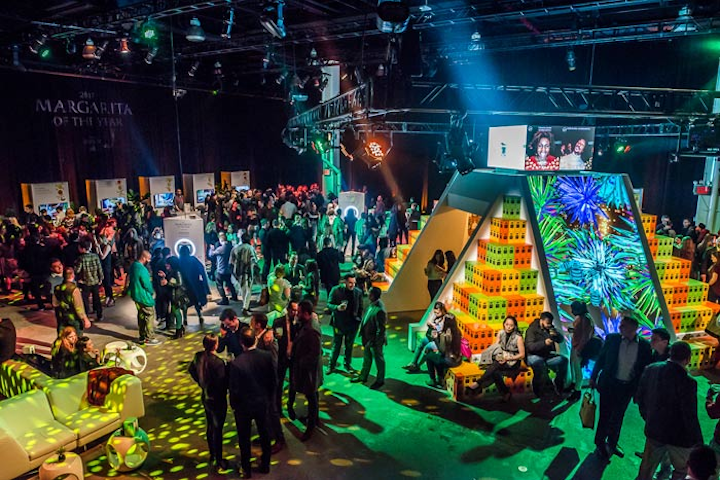 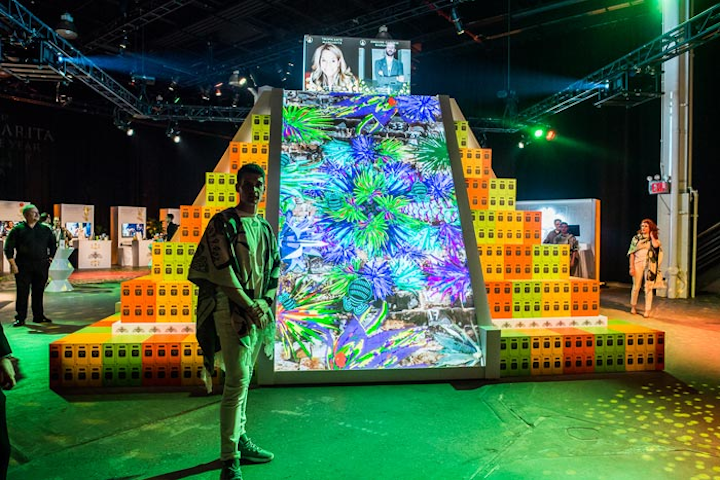 The focal point of the event was a branded Patrón pyramid. "This is the first year we used projection-mapping technology on our pyramids, which really added a dynamic element to the decor," said Pam Dzierzanowski, vice president of event marketing for Patrón Spirits Company.
Photo: Sean Paul Franget 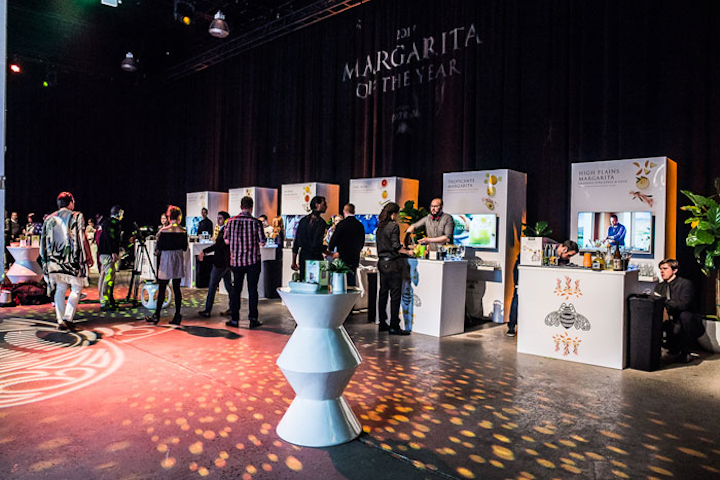 The event featured seven bars offering the different culture-inspired cocktails in the running for Margarita of the Year. The front of the bars featured Patrón's bee logo, and each station featured a wall with the name of the margarita, images of the ingredients, and a video about the margarita.
Photo: Sean Paul Franget 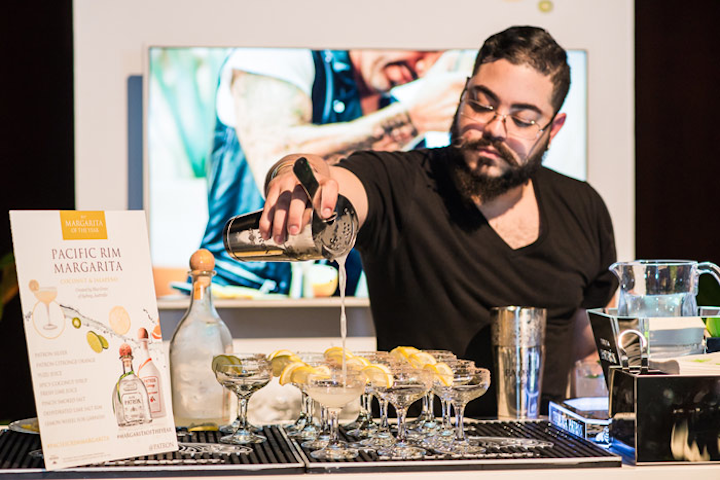 Each bar showcased a branded, customized card with information including the margarita name, a list of ingredients, and the name of the mixologist.
Photo: Sean Paul Franget 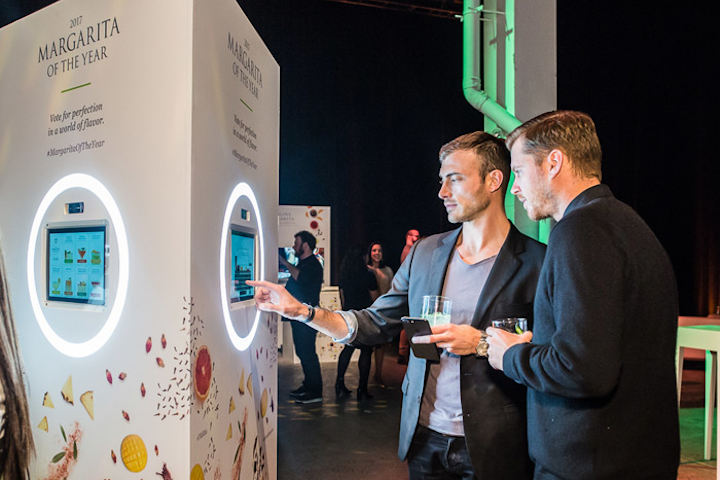 Guests could vote for their favorite margarita by using touch-screen kiosks, which also served as video GIF stations for social sharing. The GIFs were displayed on the top of the pyramid.
Photo: Sean Paul Franget 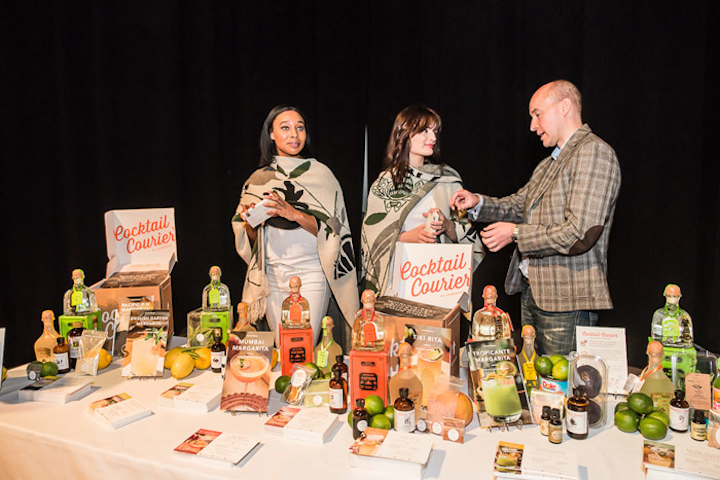 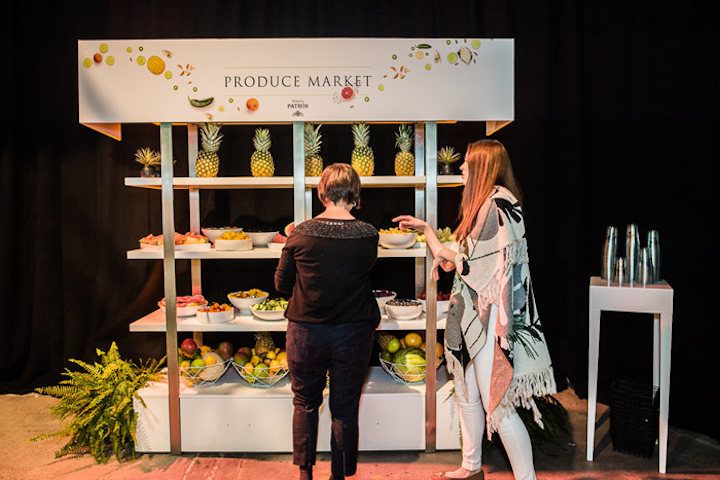 Interactive elements for guests included a make-your-own margarita station. Guests could pick out ingredients from a branded "produce market" and bring their creation to bartenders to make the personalized cocktails.
Photo: Sean Paul Franget 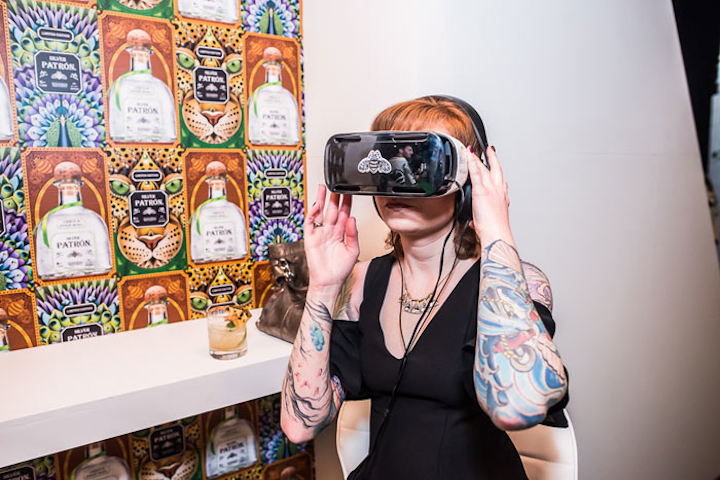 Another interactive event element was a virtual-reality station, which allowed attendees to tour the Patrón Hacienda in Jalisco, Mexico, and learn how the brand's tequila is made.
Photo: Sean Paul Franget 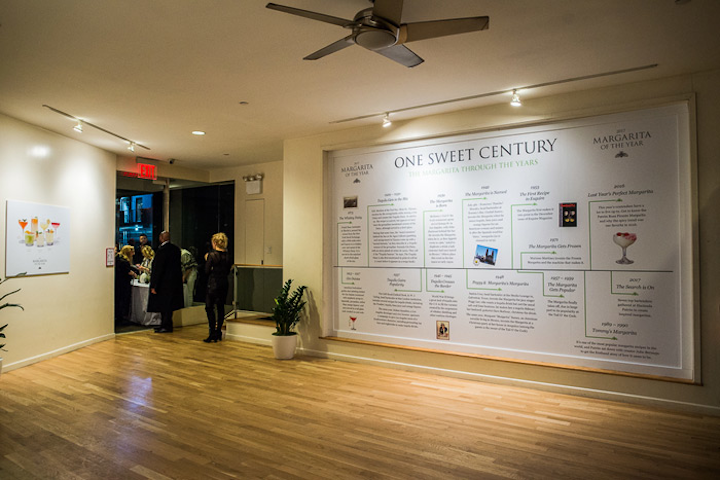 The event featured a illustrative timeline that highlighted the history of the margarita.
Photo: Sean Paul Franget 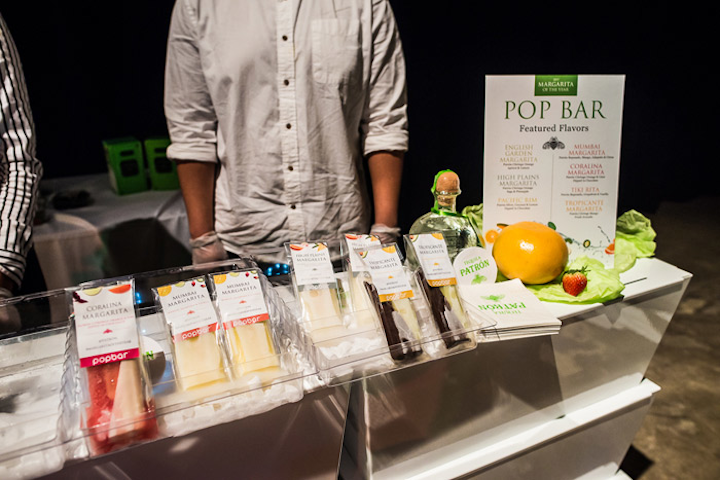 The brand partnered with ice pop company Pop Bar to create seven flavors to pair with the margaritas in the competition.
Photo: Sean Paul Franget 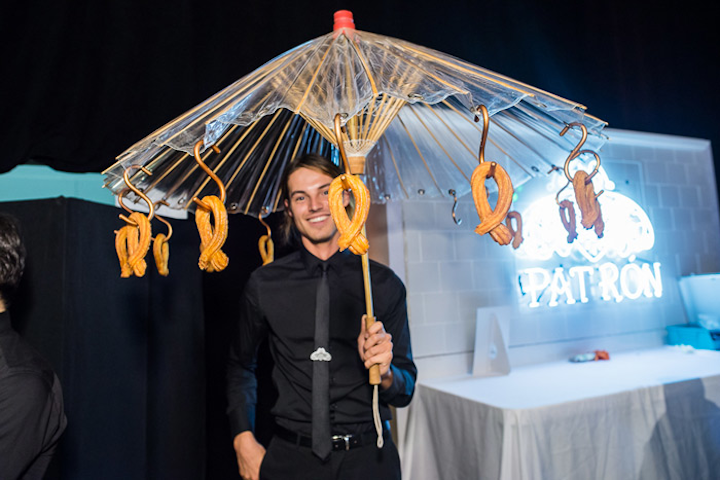