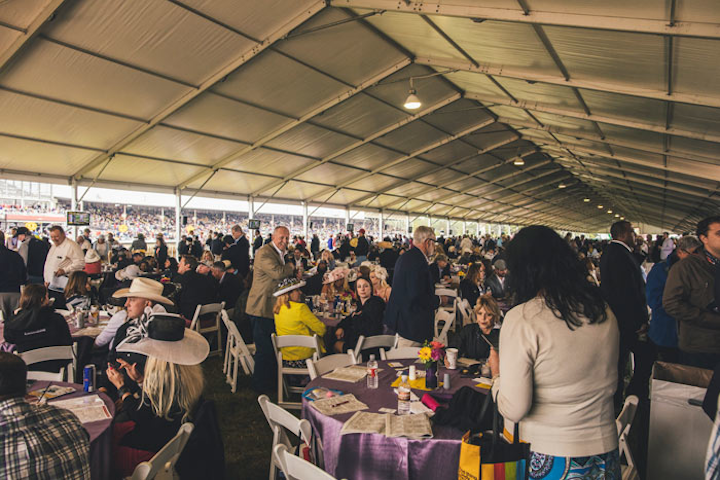 #1 Sports Event
The 141st annual Preakness Stakes horse race, held on May 21, was one for the event's record books. Champion horse Exaggerator’s upset victory capped a record-breaking day at Pimlico Race Course in Baltimore, where a crowd of 135,256 attended the 14-race program. The previous record was set in 2015, when 131,680 watched American Pharoah win the Preakness on his way to a Triple Crown sweep. In addition, the handle (the total amount of money bet) was $94 million, which eclipsed the 2005 record of $91 million. The event included Budweiser InfieldFest, which showcased musicians and bands, had two stages, and featured the Mug Club—the festival's upgraded experience that gives access to all party areas, with beer and merchandise giveaways included. More than 100 vendors and sponsors participated in the event, which was watched by 9.4 million U.S. viewers on the NBC broadcast. Next: May 20, 2017 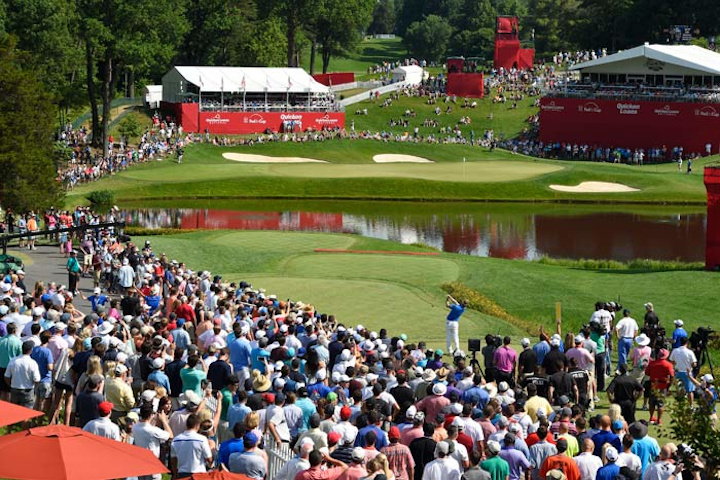 #2 Sports Event
More than 80,000 people attended the Quicken Loans National golf tournament, presented by the Tiger Woods Foundation June 23 to 26 at the Congressional Country Club. Billy Hurley III—a Naval Academy graduate who has a home in nearby Annapolis—won the tournament. More than 4,000 fans took part in Quicken Loans Shot For Heroes leading up to and through the tournament by taking a swing at a hole-in-one, while raising money for charity. Participants could visit Montgomery County Golf Courses during the five weekends leading up to the tournament to take a shot, a new feature in 2016. June 26-July 2, 2017 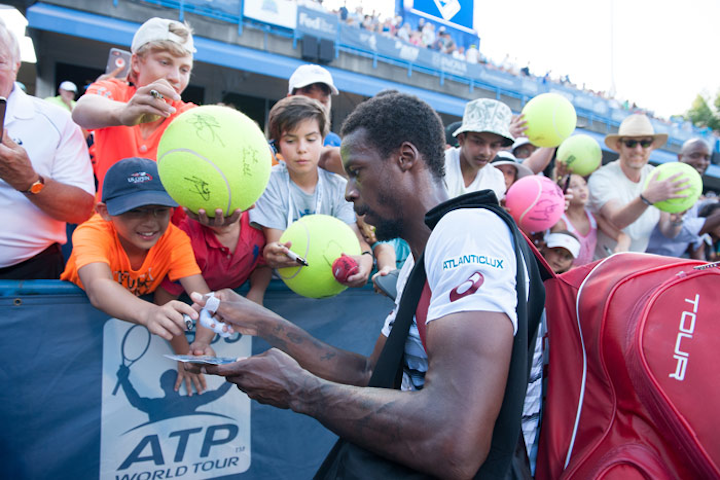 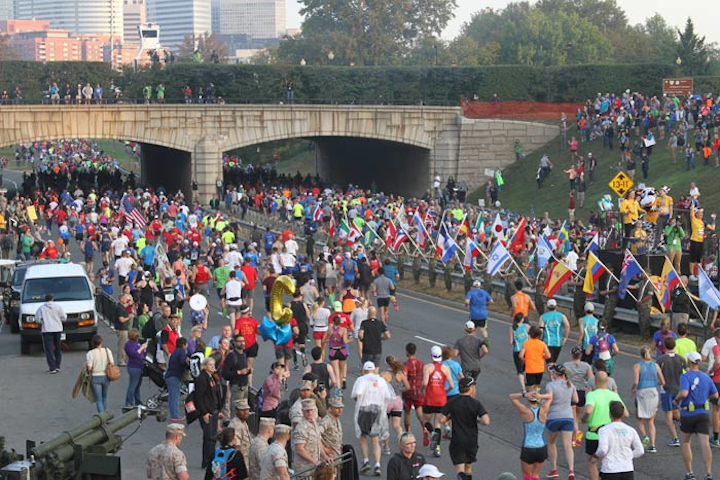 #4 Sports Event
The 41st annual event, which once again sold out of its 30,000 registration positions, took place October 30. The 26.2-mile marathon in Washington and Arlington, Virginia, has the Marine Corps War Memorial as a backdrop. Presenting sponsors this year included Aetna, the city of Arlington, and Brooks. Next: October 22, 2017 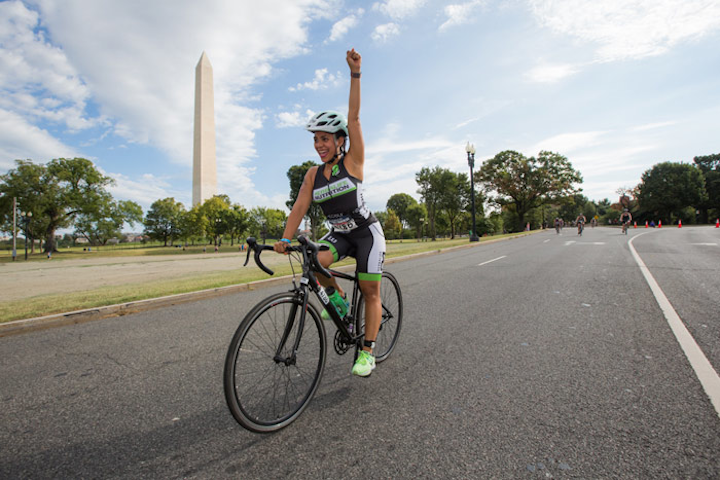 #5 Sports Event
Produced by Events DC, this year's triathlon was held on September 11 at West Potomac Park and had more than 3,000 participants. In addition, the triathlon's Sports and Fitness Expo, held September 9 and 10 at the Omni Shoreham Hotel, attracted more than 4,800 people. New to the triathlon this year was the Military Challenge, which honored military veterans on the 15th anniversary of the September 11, 2001, terrorist attacks. Also added in 2016 was the Philly to DC Olympic Combo, challenging athletes to race both the Olympic distance of TriRock Philadelphia and the Nation's Triathlon. A benefit for the Leukemia and Lymphoma Society, the Nation's Triathlon raised $120,000 for the charity. Next: September 2017 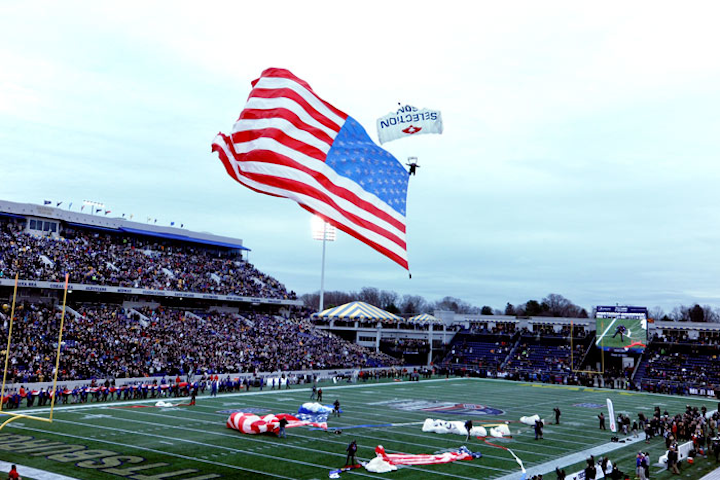 #6 Sports Event
Military Bowl, presented by sponsor Northrop Grumman and benefiting the U.S.O., takes place at the Navy-Marine Corps Memorial Stadium in Annapolis, Maryland. ESPN televises the college football game, which this year will again match a team from the Atlantic Coast Conference against a team from the American Athletic Conference. The DC Bowl Committee produces the game, which launched in 2008. A sold-out crowd of 36,352 people attended the 2015 Military Bowl, which saw Navy win over Pittsburgh. Next: December 27, 2016

Photo: Courtesy of the Military Bowl
More in Home