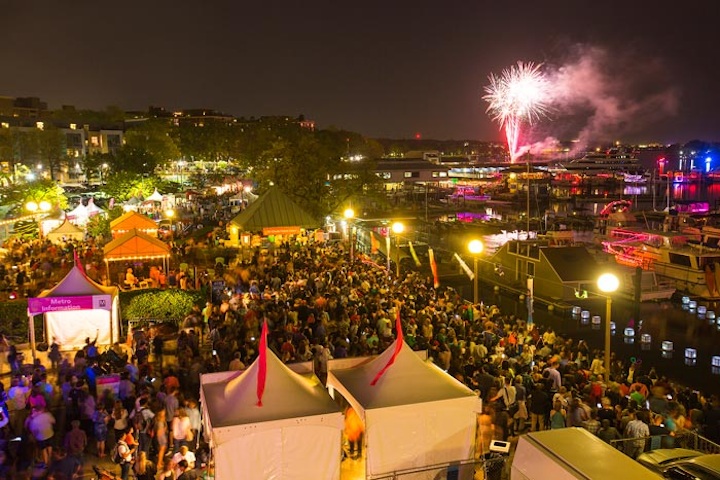 #1 Parade, Walk & Festival
Celebrating its 90th year, the iconic festival had 1.5 million visitors and grew on social media, surpassing 100,000 likes on Facebook and nearly doubling its Instagram followers. Facebook Live was used to stream the opening ceremony and Snapchat geofilters deployed for most of the signature events were viewed over 268,5000 times. In a social media campaign conducted with sponsor All Nippon Airways, the hashtag #BlossomMoments was used 2,700 times and the carrier planted a cherry tree in the community for every 100 posts. Sponsors ANA, Procter & Gamble, Tesla, and others provided interactive brand activations, and programming from a popular exhibit at the Hirshhorn Museum was incorporated into the event. Next: March 20-April 15, 2018 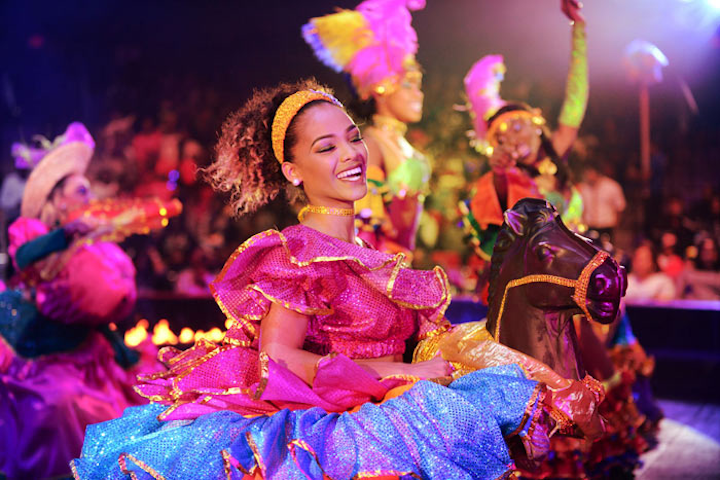 #2 Parade, Walk & Festival
In celebration of its 50th anniversary, the summertime festival focused on American creativity through several offerings. The “Circus Arts” program included performances in a Big Top tent, a circus school, and hands-on activities. The “On the Move” program featured hip-hop artists, muralists, poetry slam providers, and others delivering performances, discussions, and sports activities relating to migration, identity, community, and creativity. Additionally, the festival—which is co-produced by the National Park Service—featured concerts and dance parties at the Ralph Rinzler Concert Stage on the National Mall, the Festival Marketplace, and a 50th-anniversary reunion. The latter brought in past staff, volunteers, participants, and guests for reflection. Next: June 27-July 1, 2018 and July 4-8, 2018 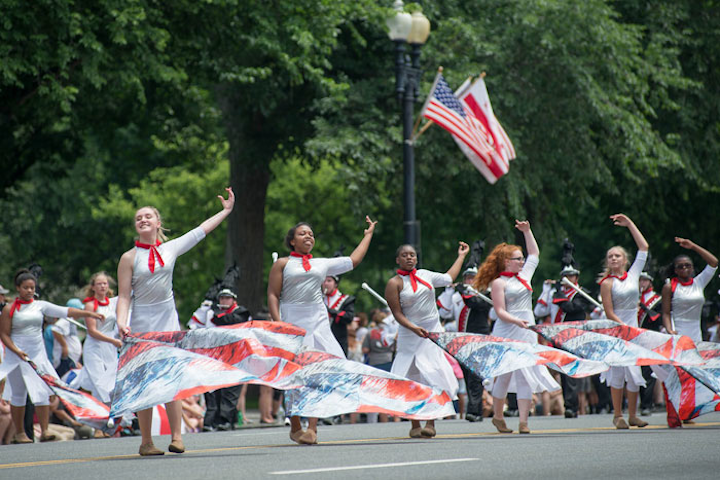 #3 Parade, Walk & Festival
Amid some 200,000 spectators, bands selected by governors, mayors, and the parade committee performed along the Constitution Avenue parade route, from Seventh to 17th streets. Among the performers this year was the Bahrain Police Band. The event is hosted by the National Park Service and produced by Diversified Events, with Music Celebrations International selecting arrangements. Video clips of all bands marching past the reviewing stand were shown on Facebook Live and parents of band members liked and shared the clips, bringing reach to 70,000 minutes viewed. Miss D.C., Miss Maryland, and Miss U.S.A. were among the V.I.P.s who took part in the event. Next: July 4, 2018 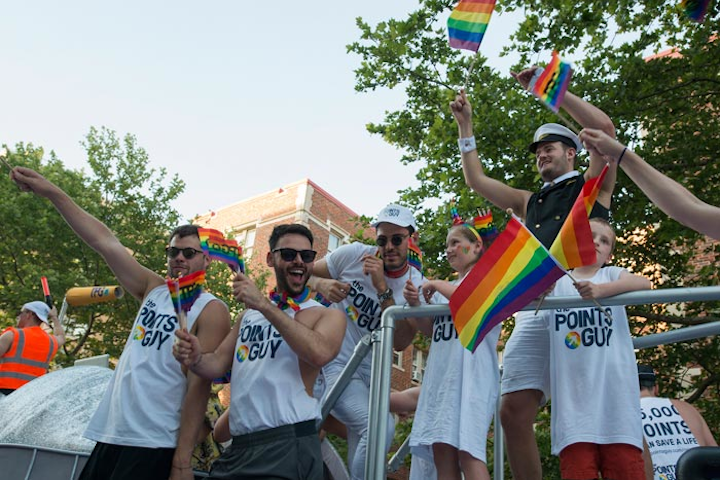 #4 Parade, Walk & Festival
Honoring the L.G.B.T.Q. community, the Capital Pride Alliance event includes a pool party, parade, concert, festival, and as of this year, a block party. About 175,000 attended the June 10 Pride Parade, where the grand marshals were same-sex marriage pioneers Edith Windsor and Jim Obergefell, plus two activists. The Pride Block Party featured a beer garden, local entertainers, and drag performances. On June 11, 425,000 people took in the concert and festival, where performers included Miley Cyrus, the Pointer Sisters, and others. Among the activities were a waterslide, acrobatic and aerial performers, a living art-creation exhibit, and food and beverage vendors. A gala formerly part of the weekend was held a month earlier due to event competition during the busy Pride weekend. Next: June 7-10, 2018

Photo: Courtesy of the Points Guy

#5 Parade, Walk & Festival
Roughly 900,000 participants and spectators took part in this motorcycle rally to gain government recognition and protection for prisoners of war and service members missing in action. Held over Memorial Day weekend, the 30th annual event began with a “Blessing of the Bikes” at the National Cathedral, followed by a candlelight vigil at the Vietnam Veterans Memorial. On May 28, approximately 400,000 motorcycles roared from the Pentagon, crossed Arlington Memorial Bridge, and headed down Constitution Avenue. Billy Ray Cyrus and others then performed at a veterans tribute. On Memorial Day, wreath-laying ceremonies were held at the Vietnam Memorial and the Tomb of the Unknown Soldier at Arlington National Cemetery. Next: May 25-28, 2018 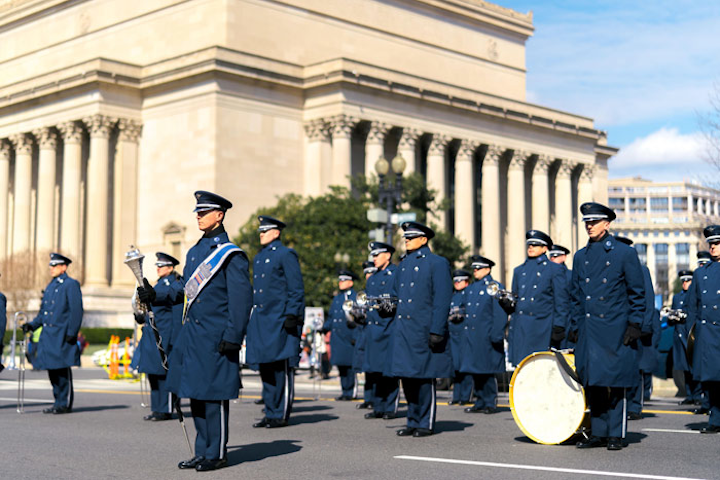 #6 Parade, Walk & Festival
For its 46th annual edition, the parade kicked-off in front of the National Archives and proceeded up Constitution Avenue past museums and the National Monument, ending at the White House. Military units, bands, and floats provided music with bagpipes, fifes, and drums, while Irish dancers also adorned the streets. Cody Keenan, a White House speechwriter for President Obama, served as the grand marshall, and he rode in a horse-drawn carriage alongside his wife, Kristin Bartolini, also a member of the Obama administration. A vintage Ford convertible—with the top down—that was in the parade held Michael Lonergan, deputy chief of mission at the Embassy of Ireland. Next: March 11, 2018 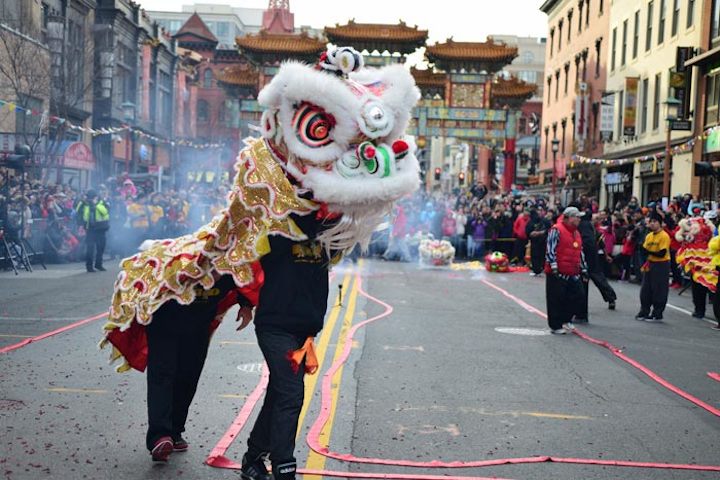 #7 Parade, Walk & Festival
About 25,000 spectators took in this festive event, witnessing Chinese dragon dances, live musical performances, and more. It was held on January 29, and sponsored for the second year by TD Bank. This year was the Year of the Rooster, which was acknowledged with rooster hats worn by parade sergeants. For the first time this year, the Almas Shriners Mini Motors unit took part in the event. A fixture on the local parade circuit for over three decades, the group of vehicles includes motorized squads of Go-Karts, Three-Wheelers, and Harley Davidsons. Each unit has won awards for performance, drill, and speed. The parade and festival has been held for more than 70 years. Next: February 18, 2018 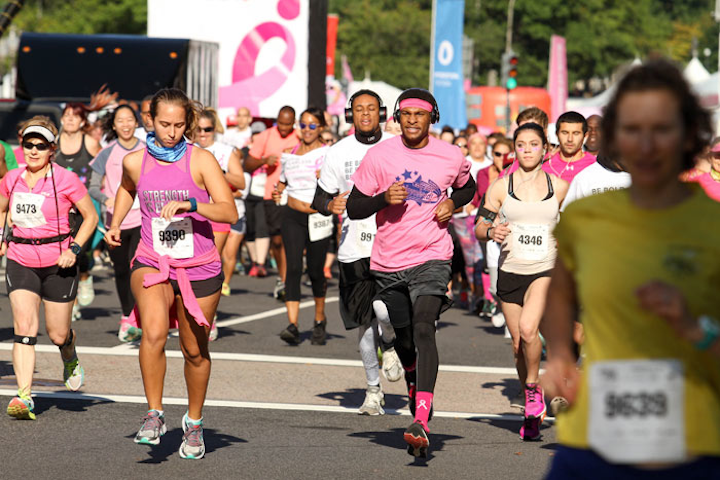 #8 Parade, Walk & Festival
The annual race that raises money for breast cancer research and support programs in the region made some changes this year. Metro repairs prompted organizers to move the event date to September in a shift from Mother’s Day weekend and relocated the course from the National Mall to Freedom Plaza. Participation fell from 10,000 runners and walkers to 7,000. Still, the event has raised $766,658 thus far this year; the goal is $1.2 million. Organizers say they plan to stick with the new date and location, which offers greater access to transit, in the coming years. Next: September 8, 2018 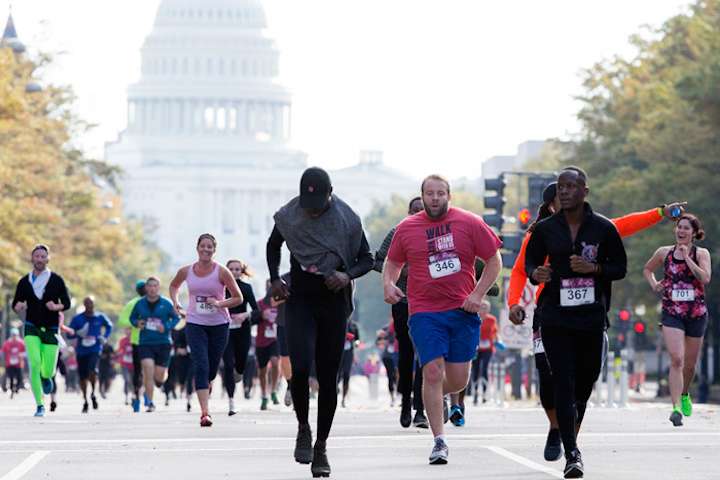 #9 Parade, Walk & Festival
Once again taking place at the aptly named Freedom Plaza, the October 28 event was led by Grand Marshall Jim Obergefell, whose case before the Supreme Court secured marriage equality for all Americans in 2015. The signature fund-raiser for Whitman-Walker Heath boasted about 3,200 registrants and brought in about $610,000. The health care institution will continue collecting for the current campaign until year’s end, though officials aren’t sure if they’ll match—or best—the $715,000 raised in the prior effort. Next: October 27, 2018 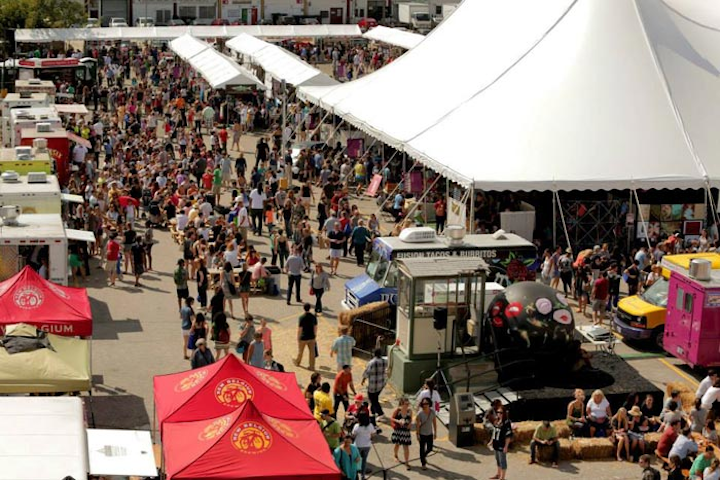 #10 Parade, Walk & Festival
Expanded by about 75 independent artists and vendors of handmade goods to nearly 225 exhibitors, compared to 150 last year, the November event set the stage to grow with its move to Nationals Park from Union Market this year. Produced by the Washington City Paper, the event lured over 13,000 visitors and was sponsored by Homewood Suites by Hilton, the Washington Nationals, the Smithsonian American Art Museum, and other organizations. Proceeds benefit GuaTela, a D.C.-based organization that supports encourages women in Guatemala to become entrepreneurs through the sale of goods they made using Mayan weaves. Next: Fall 2018 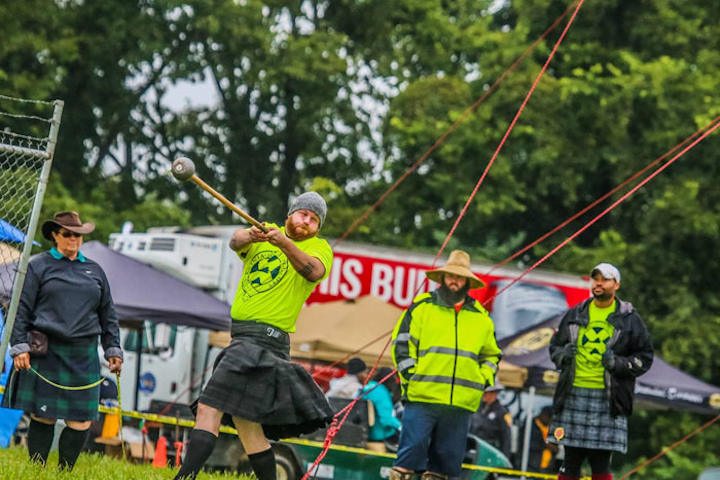 #11 Parade, Walk & Festival
A change of layout at this September festival enabled more exhibitors to participate and for organizers to accommodate VA Child ID, a program to help parents get records to law enforcement for emergencies. Wares being sold included soaps and candles made on-site, kilts, jewelry, toys, knives, hats, Scottish pottery, and candy. Activities such as heavy athletics contests, like the log (or caber) toss, plus highland dancing, a fiddling competition, an antique British car show, and a sheep herding demonstration were featured. Rain on the first day dampened attendance, but visitors came out in force on day two, bringing 15,500 guests over the weekend. Next: September 1-2, 2018 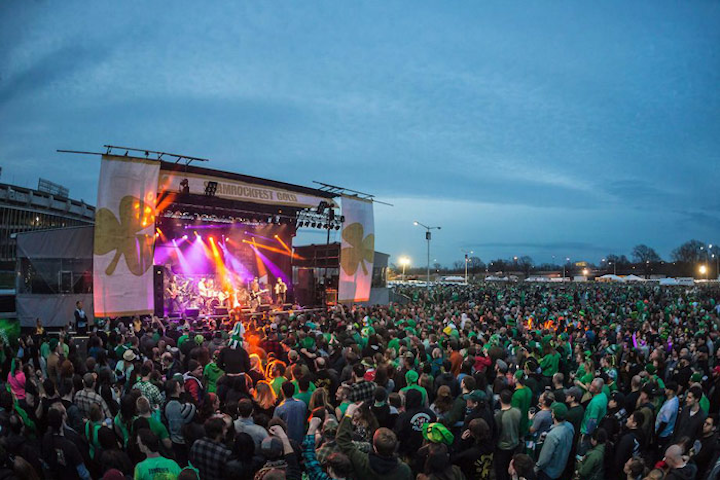 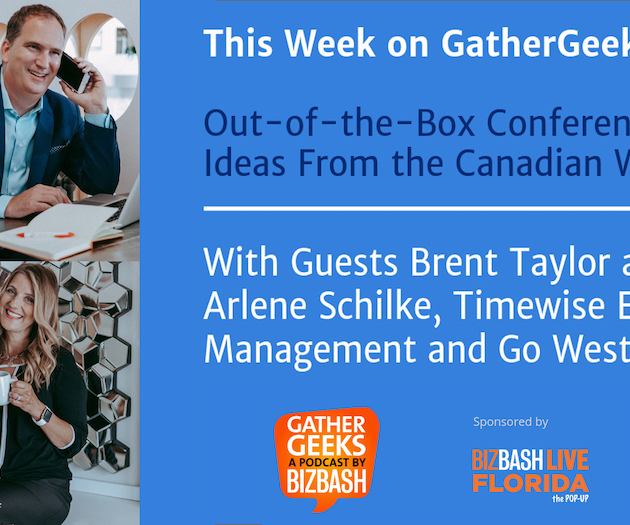 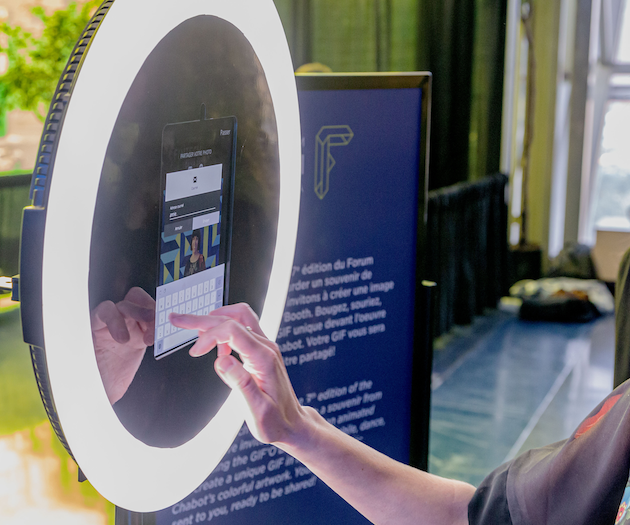 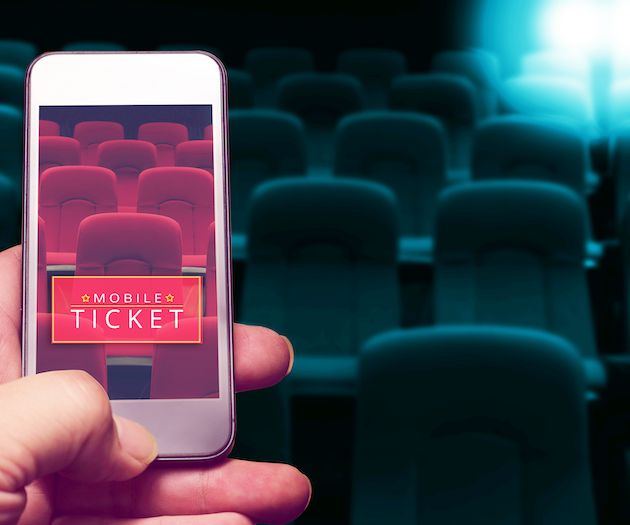