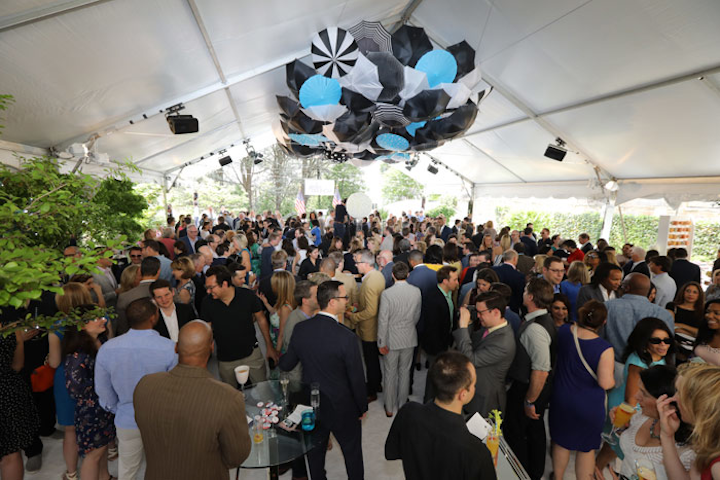 Washington
#1 Political Event
Donald Trump once again skipped the Washington’s annual “nerd prom” due to his ongoing tense relationship with the media, but his absence wasn’t the buzz of the Washington Hilton soiree—comedian Michelle Wolf, the evening’s entertainer, delivered a roast that targeted members of the Trump administration, including White House Press Secretary Sarah Huckabee Sanders, who was in attendance. Wolf’s set was condemned by journalists and praised by comedians, and the head of the White House Correspondents Association posted an apology to Twitter. Surrounding the dinner were events from media mainstays like CNN and Politico, while Playboy held its first-ever event, positioning itself as a champion of the First Amendment and a forum for discussing cultural issues. Next: Spring 2019
Photo: Annual Garden Brunch

2. State of the Union 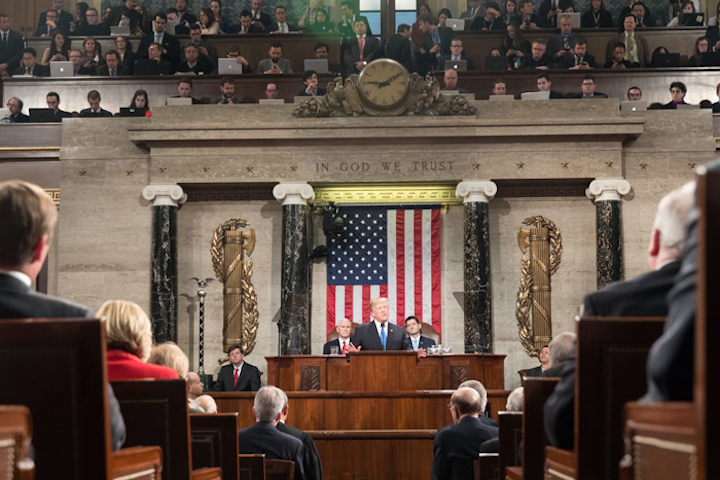 Washington
#2 Political Event
Though the event was Donald Trump’s second speech to a joint session of the United States Congress, the speech was technically the 45th president’s first State of the Union address. During the speech, Trump spent a good amount of time revisiting what he said he accomplished during his first year in office and a few proposals he wanted to see in the coming year. The president didn’t mention the special counsel investigation into Russia’s meddling in the 2016 U.S. election and possible collusion with members of his campaign. According to a CNN poll conducted by SSRS, 48 percent of Americans who watched the address had a “very positive” impression of the speech, making it the lowest net positive rating for a State of the Union since the network first asked the question in 1998. The address was watched by 45.6 million viewers and garnered 21 million interactions on social media. Next: January 2019
Photo: Shealah Craighead 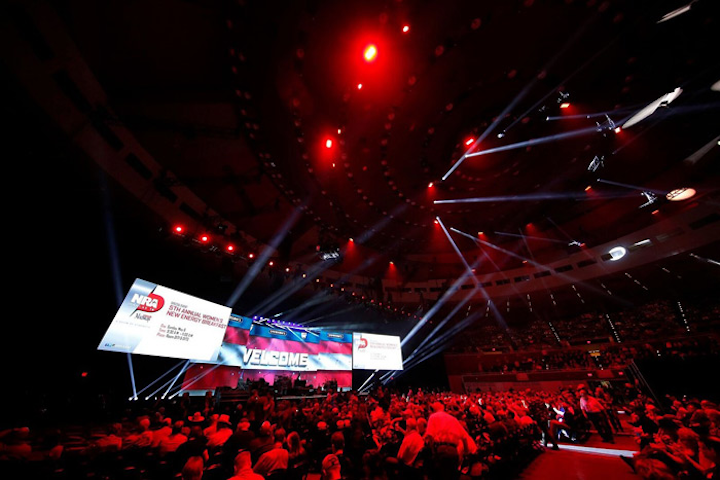 Dallas
#3 Political Event
The 147th annual N.R.A. convention marked the first time in history that both a sitting president and vice president addressed association members; the convention, however, banned guns during Donald Trump and Mike Pence’s speeches. Unsurprisingly, the convention wasn’t met without controversy, given the ongoing debate on gun control in the U.S. A Dallas city councilman pushed to have the convention moved to a new city, as it took place after numerous mass shootings, including a high school shooting at Marjory Stoneman Douglas High School that killed 17 people in February, and the Route 91 Harvest music festival in Las Vegas shooting that killed 58 people last October—the deadliest mass shooting by an individual in U.S. history. This year’s convention was the largest ever, with 87,154 attendees. Next: April 26-28, 2019
Photo: Courtesy of the N.R.A. 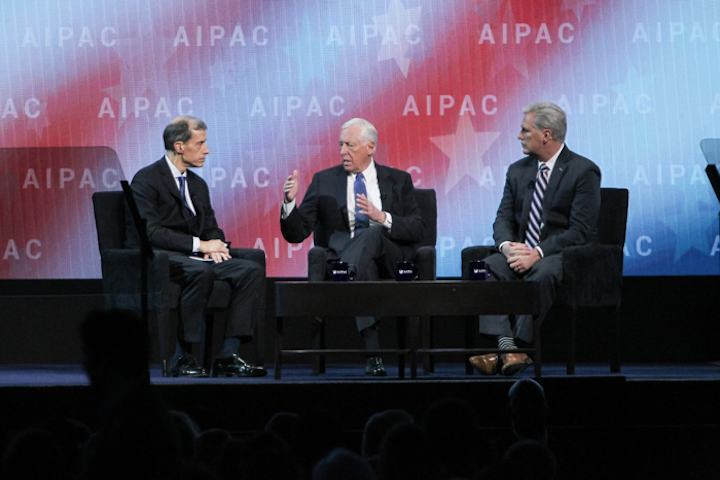 Washington
#4 Political Event
More than 18,000 people attended this year’s conference, whose host organization works to strengthen and promote the relationship between Israel and the U.S. in ways that enhance the security of both nations. More than two-thirds of Congress attended the event, which featured speeches from Vice President Mike Pence, U.S. Ambassador to the United Nations Nikki Haley, House Democratic Leader Nancy Pelosi, and Israeli Prime Minister Benjamin Netanyahu. The conference continues to be the largest bipartisan gathering of members of Congress other than the State of the Union address. Next: March 24-26, 2019
Photo: Courtesy of AIPAC 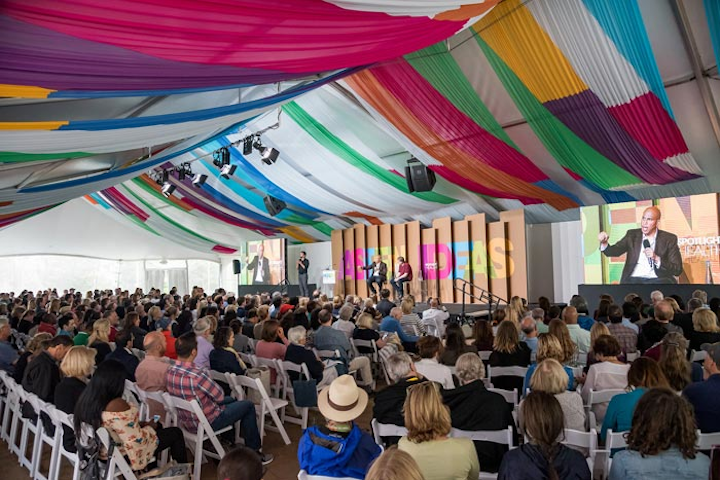 Aspen, Colorado
#5 Political Event
Presented by the Aspen Institute in partnership with the Atlantic magazine, the annual festival is one of the country’s premiere public gatherings for thought leaders from across the globe. The festival, which drew around 2,700 attendees, focused on health and wellness for the first few days during its Spotlight Health program, and then expanded to focus on tracks like “Seismic Shits,” “The Art of Justice,” and “Staying Human in a High-Tech World.” This year’s Afternoon of Conversation, a signature festival event, combined stage discussions with a live performance by Broadway actors, followed by panel discussions on the wider impact of theater. The event opened with a discussion between John Kerry and Andrea Mitchell on geopolitics. Next: June 23-29, 2019
Photo: Courtesy of Aspen Ideas Festival 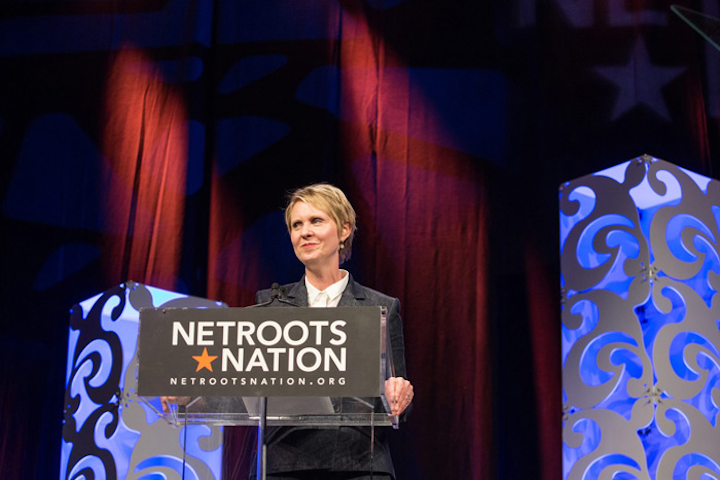 National
#6 Political Event (new to the list)
The largest annual conference for America progressive political activists had its most content ever this year in New Orleans, with 100 panels and 70 training sessions for its 2,800 attendees, who include online organizers, grassroots activists, and independent media makers. Speakers at this year’s event included U.S. Senators Elizabeth Warren, Kamala Harris, and Cory Booker. The conference was founded as YearlyKos in 2006 by writers and editors of the liberal blog Daily Kos. Next year’s conference will take place in Philadelphia. Next: July 11-13, 2019
Photo: Kerry Maloney
More in Home