This Week in Los Angeles: a Video Booth for 'The Good Place,' an Alamo Drafthouse Update, Previewing PCMA EduCon 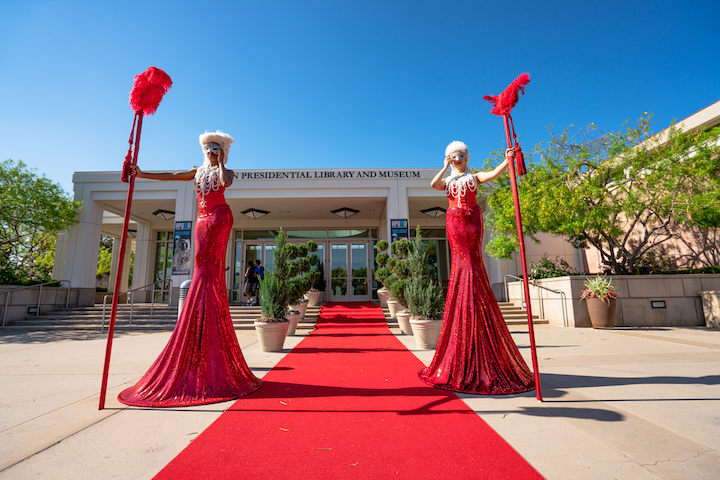 Moves & Milestones
The L.A. Auto Show has appointed Giovanni Palazzo, president and C.E.O. of Electrify America, to its advisory board. The move emphasizes the show's increased commitment to electric vehicles.

Johnny Gines is now a senior publicist at the Influence. He previously worked at EFG: Entertainment Fusion Group.

Peggy Trott has been named general manager of Kimpton the Rowan Palm Springs.

In Case You Missed It
We rounded up the most eye-catching booths, brand activations, and parties from last week's massive E3 video-game convention. We also took a look at 10 of the newest event-friendly venues in Los Angeles.

In the News
After years of delays, the long-anticipated Los Angeles Alamo Drafthouse movie theater at the Bloc downtown is slated for a soft opening in July. LAist: "The L.A. location will have 12 theaters, all with 4K laser projectors. ... One theater will also have a 35-millimeter projector to show classic film prints. There's also a full bar and kitchen."

Fox and the Television Academy are considering having a hostless Emmys for the first time since 2003. The 71st Primetime Emmys will air September 22. Variety: “With so many iconic shows ending their run (and others celebrating anniversaries), it may be a good year to shift the focus away from one host and toward the programs. The idea, of course, is also inspired by this year’s Academy Awards telecast, which earned high marks (and improved ratings) despite not having a host at its core.”

The California Market Center downtown—the site of our upcoming BizBash Live: Los Angeles trade show—is getting a $170 million makeover. Curbed: "To passersby, the most obvious work will be the removal of the two-story former bank building at the corner of Ninth and Main street. ... The makeover will also remove 24 escalators in the building and replace them with 'stairways leading to 30-foot-wide open-air indoor bridges that can be used like outdoor decks,' says the Los Angeles Times. Walls of glass will be taken off the buildings’ exteriors 'to create open-air gathering spaces known as loggias that will often connect to rooftop decks.'"

The 31st Producers Guild Awards will have a new location this year. The Hollywood Reporter: "The [awards] will take place on Saturday, January 18, 2020, the organization said Thursday. Additionally, after many years between the Hyatt Regency Century Plaza and the Beverly Hilton, the event will now place at the Hollywood Palladium."

Middle Eastern restaurant Jaffa has opened its second location in the Palms neighborhood. The indoor-outdoor space, designed by M Winter Design, has an 88-seat patio inspired by Tel Aviv; indoors are an additional 18 seats and a large bar. The eatery serves Israeli-inspired cuisine with Southern California influences.

Overheard
"There’s always something new happening in L.A.’s dining scene, and it’s not just the constant restaurant openings. A food lover could pack their schedule with all the tasting festivals, pop-up dinners, theme nights, takeovers, and other goings-on."

On the Scene
At a recent event promoting NBC's The Good Place to Emmy voters, photo studio OM Digital created a fun video booth that placed guests inside a memorable scene from the show.

What's Next
This weekend is the BET Experience, a free fan festival featuring celebrity sports games, pop-up experiences, and concerts from the likes of Cardi B and Mary J. Blige. The event, held at L.A. Live, culminates in the 19th annual BET Awards on Sunday night. Check out our preview of the experience.

Also this weekend is the fourth annual AT&T Shape conference at Warner Bros. Studios, which focuses on the convergence of technology and entertainment. Speakers include Elizabeth Banks, Geena Davis, Tyra Banks, and Laverne Cox.

Looking into next week, PCMA's EduCon takes over the JW Marriott L.A. Live. Hosted with the hotel and the Los Angeles Tourism and Convention Board, the organization's four-day convention features educational sessions on event strategy, event tech and data, destination marketing, and more. Networking sessions include an opening reception at the Novo, a ticketed fund-raiser, and a closing reception at Universal Studios.