Just a few blocks from the Broadway musical that inspired it, Mamma Mia! premiered in Midtown with a boisterous screening and a Greek after-party in Central Park.

Michael O'Connell
Contrary to box office headlines and overzealous Oscar oddsmakers, The Dark Knight was not the only film to premiere last week. The big-screen adaptation of the Abba-infused Broadway musical Mamma Mia! arrived in theaters Friday, buoyed by an all-star New York premiere for more than 1,000 guests at the Ziegfeld Theater and an after-party at the Boathouse in Central Park on July 16.

Shirtless men, in swim trunks and flippers, lined the aqua carpet at the theater, posing for photographs with stars like Meryl Streep, Amanda Seyfried, and Colin Firth. At the conclusion of the screening, confetti cannons exploded over the audience, with some attending even singing along to the reprise of “Dancing Queen.”At the after-party, Jhada Productions, under the direction of Universal Pictures’ Hollace Davids and Linda Pace Alexander, kept the film’s Greek setting in mind for the Boathouse’s decor, food, and entertainment. A Greek duo sporting an accordion and a violin greeted the guests as they entered the V.I.P. dining room, made over as a wedding reception with bright summer flowers and three pergolas. The dockside dining area made heavier allusions to Abba's music of the '70s with an aqua, pink, and rose discotheque.

The Boathouse supplied a Greek-inspired menu including Mediterranean antipasti, a hot kebab station, and salads with generous portions of feta cheese and couscous, while the miniature deserts made use of seasonal ingredients. When guests finally departed, the last of whom didn’t stop dancing until 2:30 a.m., each received a gift bag filled with Biolage products. 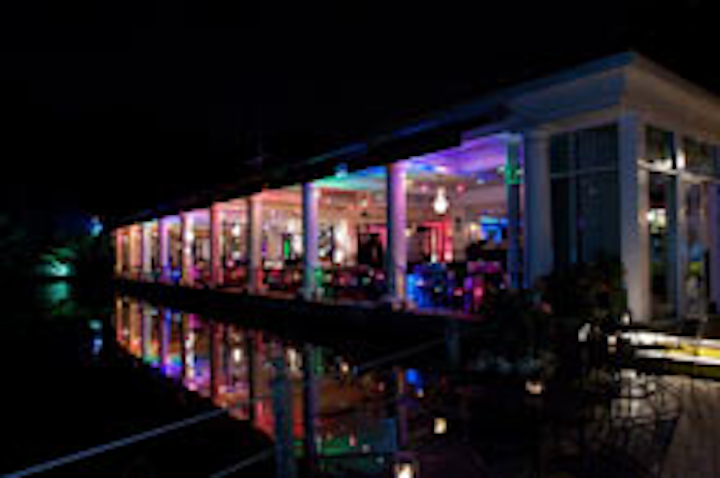 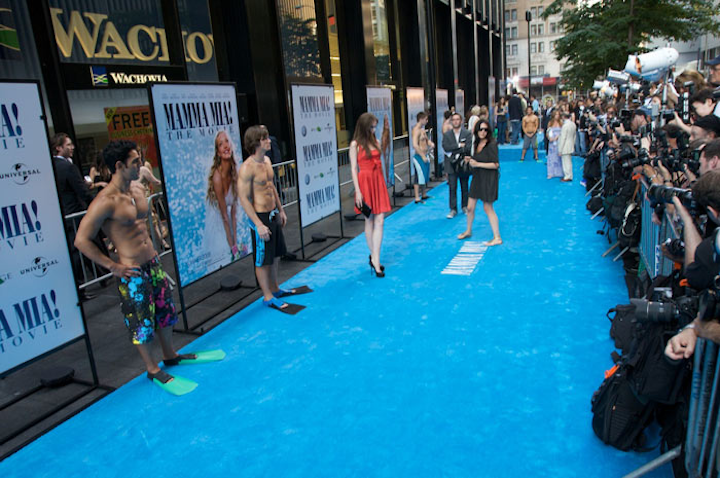 The film's cool Mediterranean colors showed up at the premiere in the unconventional aqua carpet.
Photo: Jefferson Thomas/Image Capture 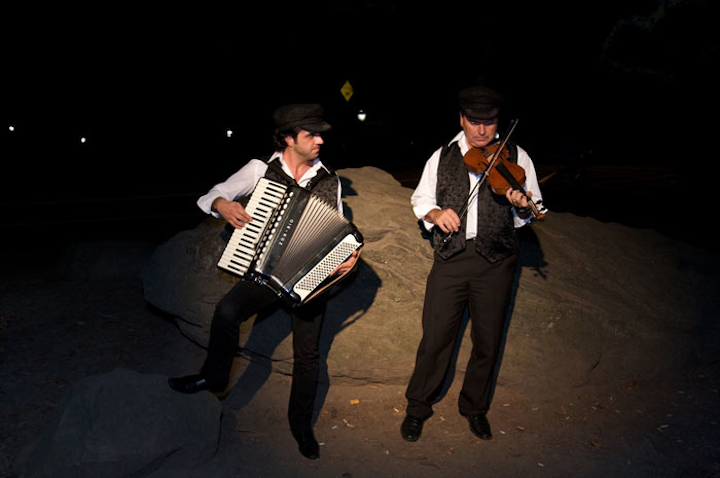 Greek musicians playing the accordion and violin greeted guests as they arrived at the Boathouse.
Photo: Jefferson Thomas/Image Capture 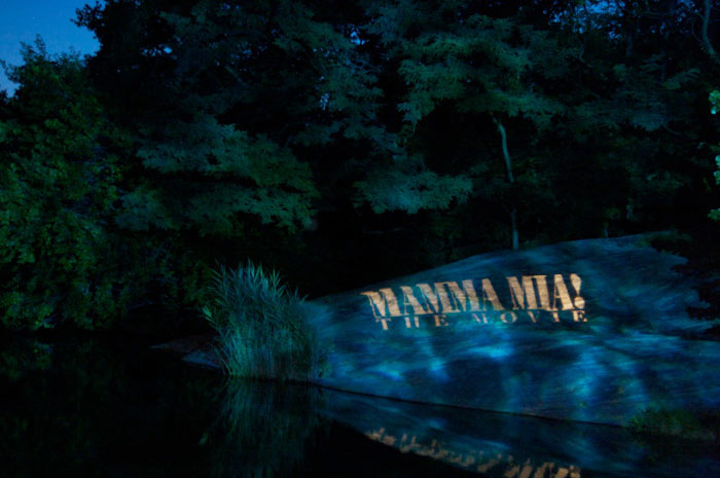 A projection of the film's title lit up the rocks on the lake for the guests mingling on the water's edge.
Photo: Jefferson Thomas/Image Capture 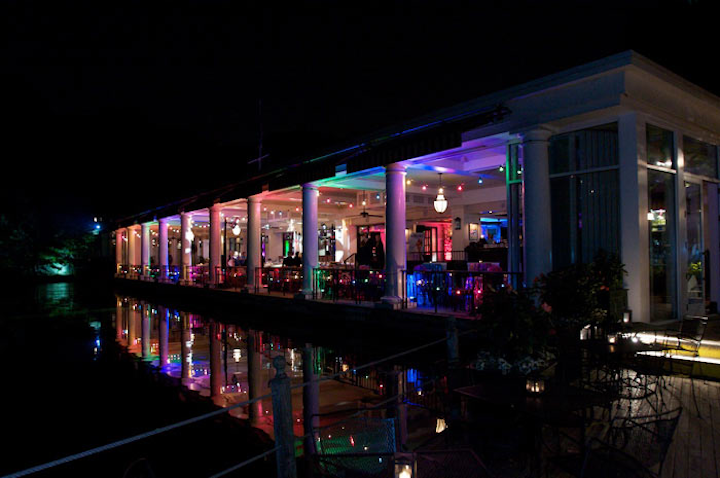 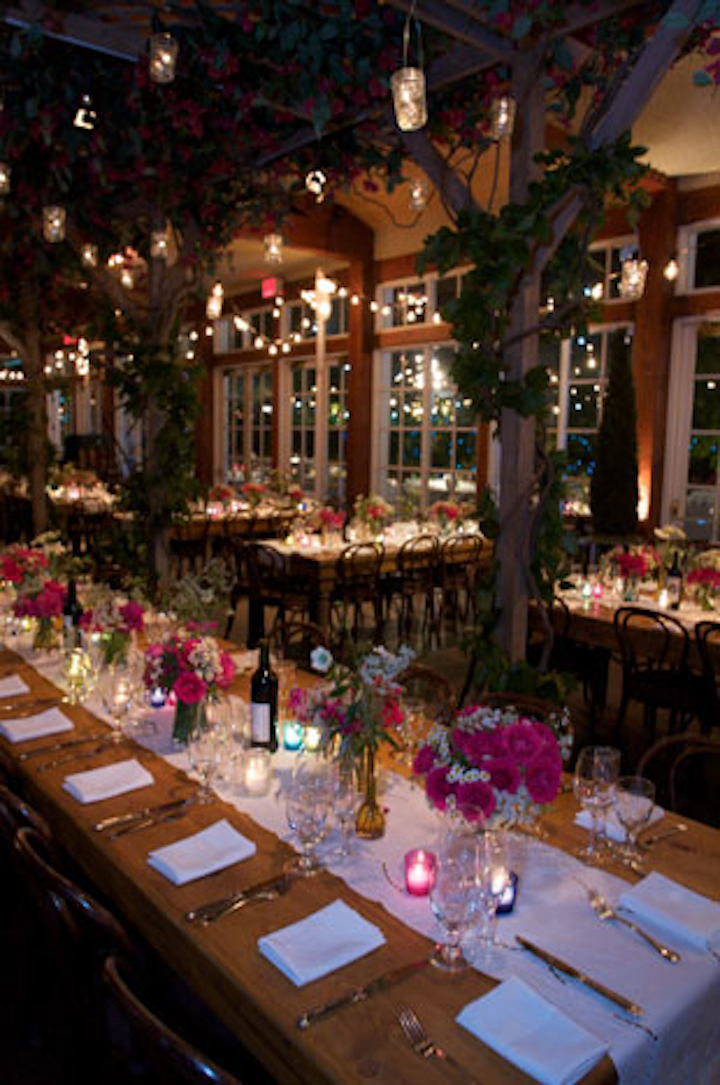 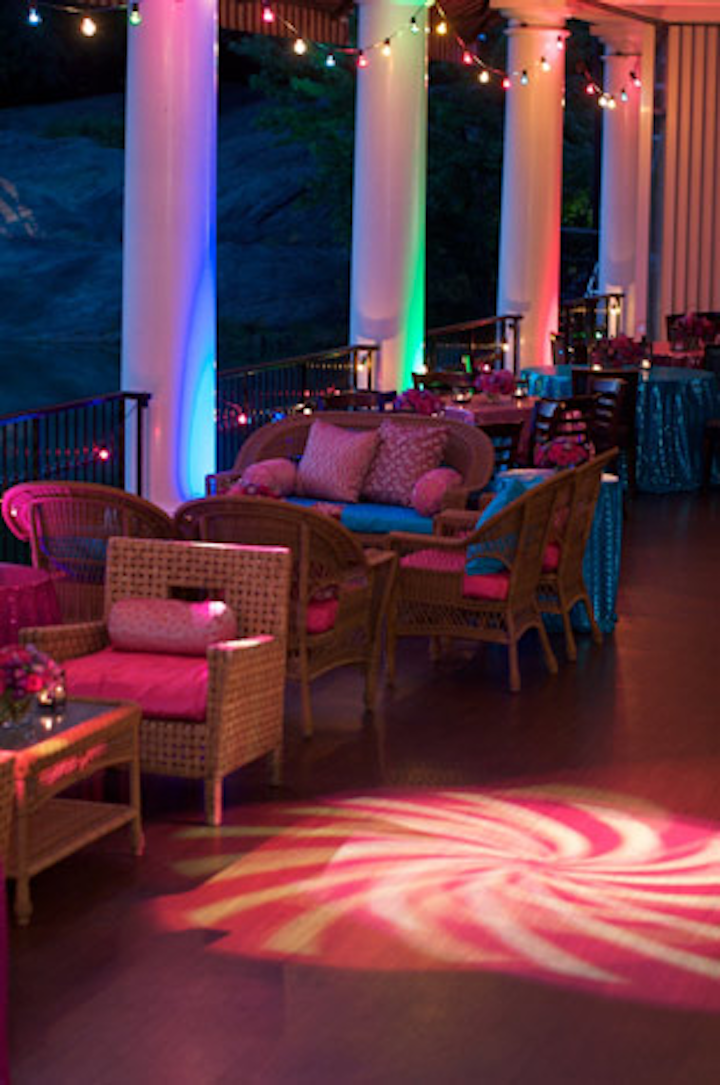 The brightly colored dining area turned into a dance floor by the end of the night.
Photo: Jefferson Thomas/Image Capture
More in Orlando / Central Florida