10 New Hotels for Events and Meetings in Orlando

These new (and newly renovated) properties in Orlando have meeting rooms, conference facilities, ballrooms, and outdoor spaces that can accommodate groups small and large. So consider these hotels for events, meetings, seminars, and business entertaining.

5. The Loft at the Peabody 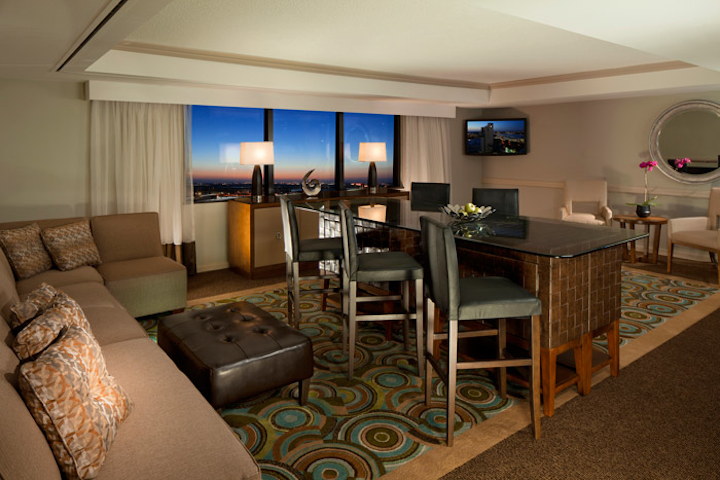 The Peabody Orlando has transformed 52 rooms in the Mallard Tower into boutique accommodations dubbed The Loft at the Peabody. The rooms are located on three private-access floors and are equipped with premium blankets, robes, and slippers, and upgraded bath amenities. Loft guests also have access to a private lounge that provides an evening wine reception. 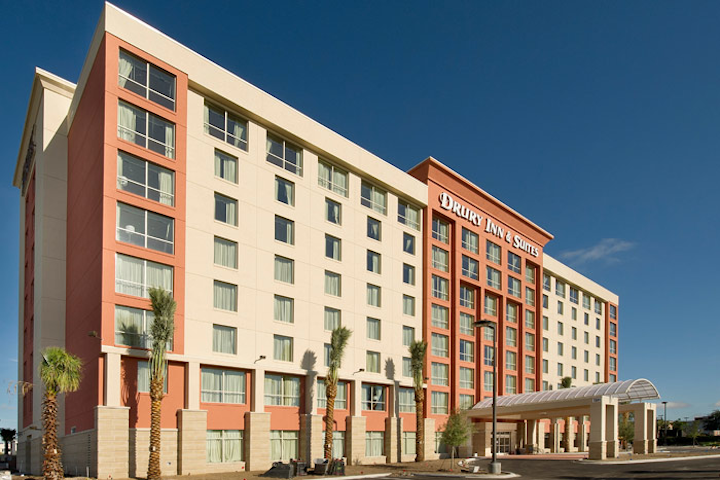 Drury Inn & Suites Orlando opened in July just west of International Drive and less than three miles from the Orange County Convention Center. The 238-room hotel is the brand’s first location in Florida. The property has a 2,180-square-foot ballroom that can accommodate 100 people and a smaller meeting room for about 30 people. Every night at 5:30 p.m., the hotel serves free hot food and cold beverages to guests.
Photo: Courtesy of Drury Hotels 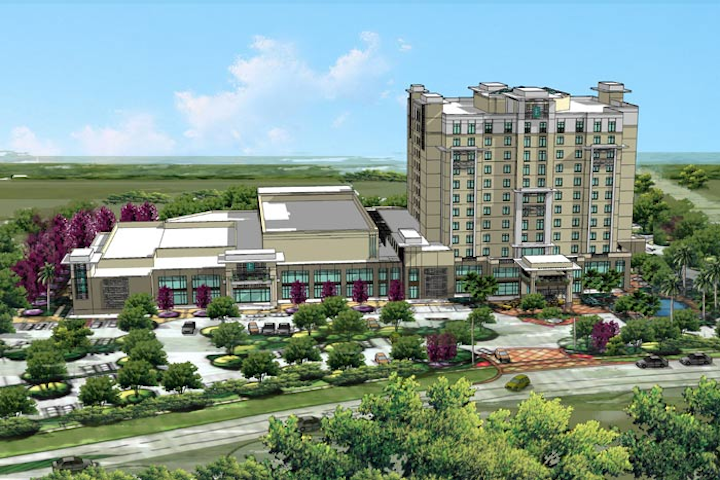 When it opens in late September, the Embassy Suites Orlando-Lake Buena Vista South will have 40,000 square feet of event space, making it one of the largest Embassy Suites in the country in terms of meeting space. The 11-story property will have two ballrooms, five meeting rooms, two outdoor terraces, and prefunction space. Each of the hotel’s 300 suites will have a separate living area, private bedroom, and wet bar with microwave and mini-fridge. 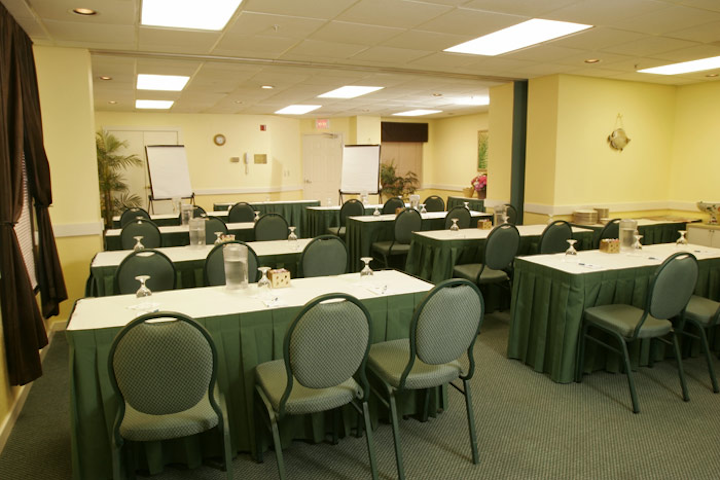 The Sonesta ES Suites Orlando opened in July on International Drive, just north of the Orange County Convention Center. The hotel has 146 one- and two-bedroom suites and a 782-square-foot conference room equipped with a projector, flip charts, white board, and high-speed Internet access.
Photo: Courtesy of Sonesta Collection 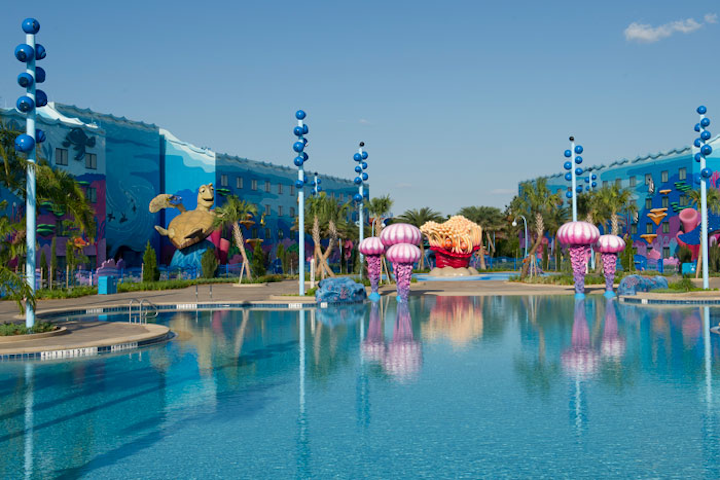 Two of the four wings of Disney’s new Art of Animation resort are now open, and the other two will open by mid-September. The three-story, value-priced resort celebrates the characters of classic Disney and Disney-Pixar films such as Finding Nemo, Cars, Lion King, and Little Mermaid. When complete, the resort will have 1,120 family suites and 864 standard rooms. It also has the largest swimming pool at Walt Disney World. 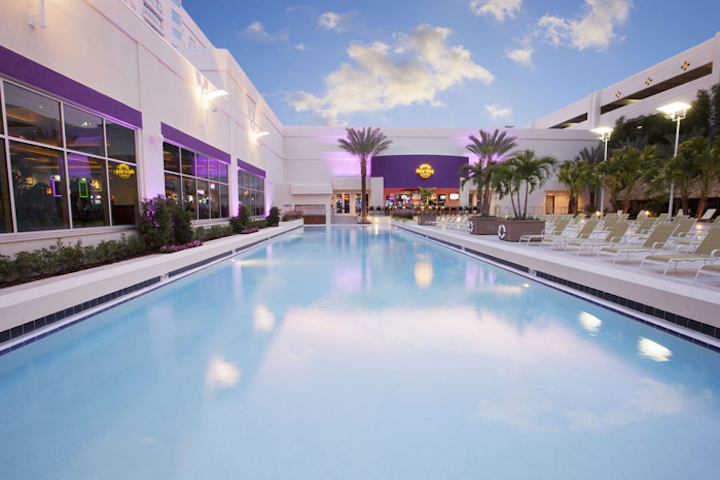 In June, the Seminole Hard Rock Hotel & Casino in Tampa completed a $75 million expansion that makes it the world’s sixth-largest casino based on gaming positions and larger than any in Las Vegas. The renovation also added a new pool and restaurant with seating for 228 people. 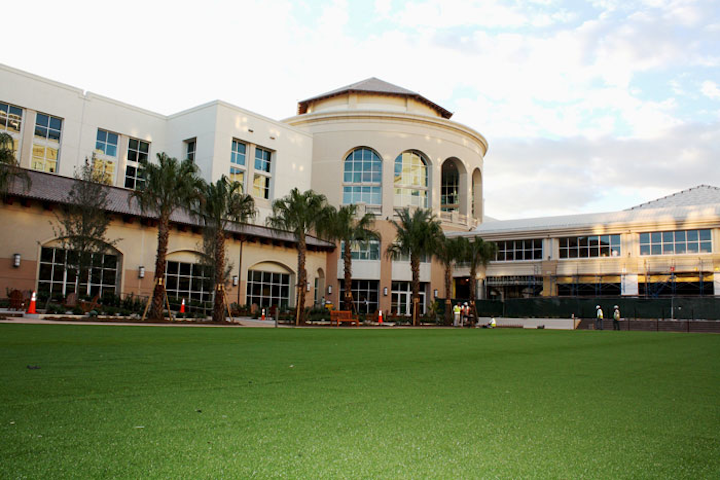 The Gaylord Palms Resort & Convention Center completed a $50 million renovation in March that added a 10,000-square-foot event lawn. The outdoor space can accommodate 1,000 people for a reception. It can also be tented. The resort also added two areas that are available for buyout: a two-story sports bar with seating for 400 people, and an adult-only pool lined with mature palm trees, sculptures, and fountains. 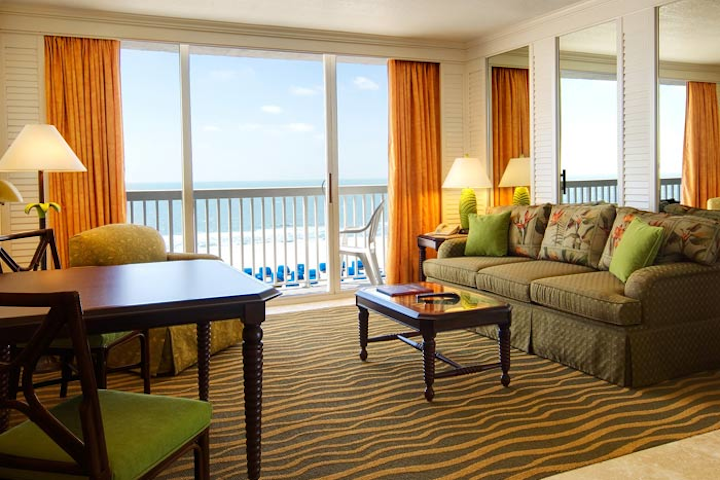 Also in March, the TradeWinds Island Grand Resort in St. Petersburg Beach completed a $20 million renovation of its 584 guest rooms and suites. The rooms now have decor reminiscent of a classic British West Indies plantation, with dark wood, travertine floors, and new lighting and bed linens. The resort has nearly 71,000 square feet of flexible event space, which includes 52,000 square feet inside and more than 19,000 square feet of outdoor and beachfront space. 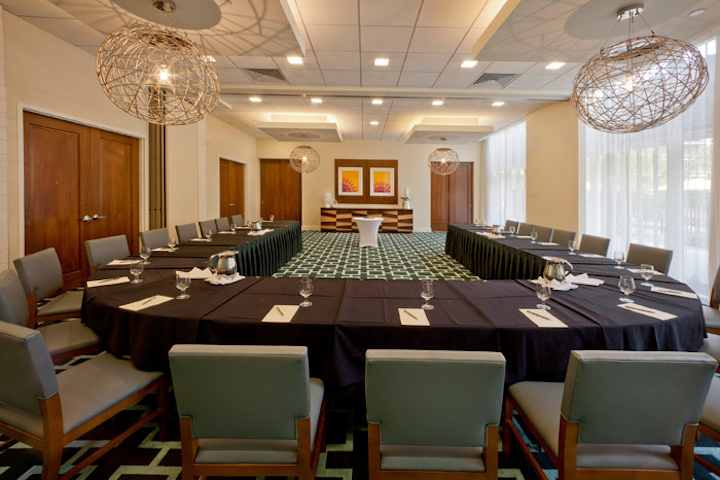 Renovations are continuing at the Sheraton Lake Buena Vista Resort. The hotel’s existing ballroom and meeting room have been updated with new lighting, carpet, furniture, and decor. The Clementine and Meyer Lemon meeting rooms can be combined to seat 60 people theater-style, and the Royal Palm ballroom can accommodate 600 people for a reception. A new 7,000-square-foot ballroom will open in October. The renovations also included the hotel’s 490 guest rooms, and some of those rooms are now family suites that have a separate bedroom and bunk beds. 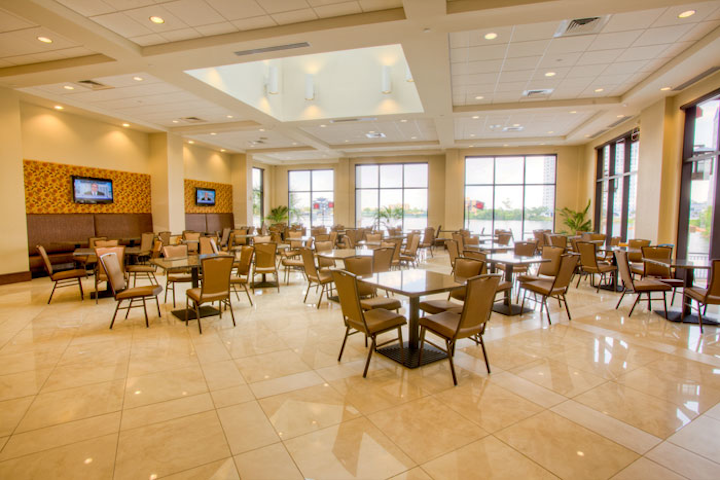 The Ramada Plaza and Suites International Drive opened a new 12-story tower in late March. The breakfast lounge can be used for private events later in the day and can accommodate 177 people. The new tower also has a 2,775-square-foot ballroom that can seat 120 people at round tables or 180 classroom-style. The room can also be divided into three sections.
Photo: Courtesy of Ramada Plaza Resort
More in Orlando / Central Florida