An increasing number of tenting companies, lighting vendors, fabrication studios, and event venues are offering their services to hard-hit areas in the wake of the COVID-19 outbreak. 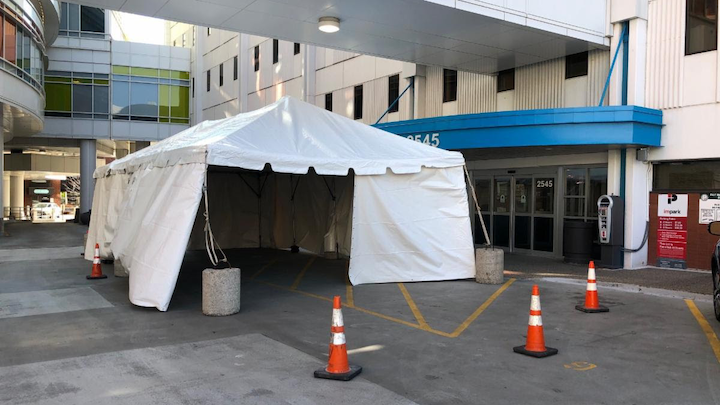 From hurricanes to wildfires, event professionals are no strangers to stepping up in times of crisis. And in the wake of the COVID-19 outbreak, the industry is once again adapting to the challenge, with numerous event vendors shifting their services to give back to their communities through food donations, discounted technology and transportation services, and more.

For some vendors—such as tenting companies, lighting designers, and rental firms—that has, in recent weeks, meant helping hard-hit hospitals create triage areas. Lighting firm Got Light, for example, recently supplied power to hospital screening tents at the UCSF Medical Center in San Francisco. In addition to providing much-needed work for Got Light’s team, it also was a way for the company to support a longtime client. “Radeff Design Studios approached us to help out," explains Jon Retsky, Got Light’s owner and lead designer. "[We’ve been] providing design and production services to UCSF Hospitals for over 15 years, with fund-raisers, galas, groundbreaking ceremonies, hospital openings, and more. We were thrilled to help.”

Retsky thinks the event industry is well-suited for assisting in these areas. “The reason we are in events is because we thrive on urgent situations, complex problems, and coming up with fast solutions,” he says. “Our jobs as event professionals and vendors are inherently one-third design and two-thirds damage control. That damage-control training has us primed and ready to respond to almost any situation, and act decisively within hours.” 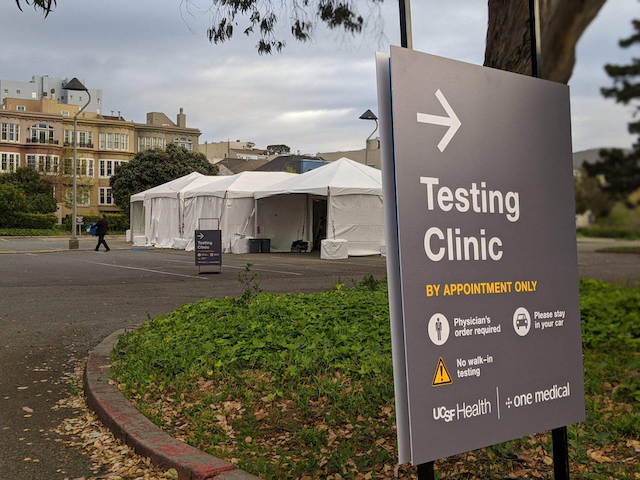 Lighting designer Got Light is helping power hospital screening tents at the UCSF Medical Center in San Francisco.Photo: Courtesy of Got Light

In hard-hit New York City, Wizard Studios is also offering turnkey solutions for medical professionals. “As an event production company, we live to serve others. Suddenly, there was no one to serve,” says company president Matthew Saravay. “I looked at what we were good at doing, and how we could apply it to the coming needs of our community. … We are experts at design and logistics; we own lighting and cabling, and we know how to distribute power; we have audio and video equipment in our warehouse; we regularly produce wayfinding signage and know how to manage crowd flow. … So we pivoted our marketing to highlight the advantages of partnering with an event production company to quickly and efficiently set up testing sites.”

And while it's not always possible to donate the services completely, some vendors such as Gallagher Staging are keeping costs as low as possible by only charging for labor and trucking fees. The California-based company, which once focused on building large-scale stages for events such as Coachella, is using its in-house equipment to create medical-grade flooring, security walls, generators, and more for temporary hospitals and testing facilities. “This is not about the state of the staging business; this is about how the staging business can help the state,” says C.E.O. Joey Gallagher in a press release. “It’s our responsibility to step up and deploy resources to assist those in need.”

Many fabrication companies, used to creating custom-built environments and props for events, are also getting involved where they can. Treehouse Fabrication & Scenic, for example, recently donated all of its available N95 masks to help replenish depleted supplies at Saint Joe’s Hospital in Washington. “A close friend of Treehouse is a doctor at Saint Joe’s, and we heard they were reusing personal protective equipment and in desperate need of replacements,” explains company president Moray Smith. “We really wanted to react as quickly as possible and get them our supply. We are encouraging everyone to support their local communities to lend a hand in any way they can. Every bit helps.”

Meanwhile, full-service fabrication company Bednark Studio, which typically creates sets for the likes of New York Fashion Week, has drawn headlines for repurposing its 3-D printers to create face masks and shields for hospital workers. In just 72 hours, the company developed a prototype that was approved by the Department of Health, and then converted Brooklyn’s Duggal Greenhouse into a manufacturing facility. The company says that the ongoing endeavor has created more than 100 jobs, and is producing 20,000 face masks per day.

Event venues are also stepping up in a big way. The Jacob K. Javits Convention Center in New York has already been transformed into a makeshift hospital with nearly 1,200 beds for non-COVID-19 patients; other convention centers around the country—such as Chicago’s McCormick Place, the Los Angeles Convention Center, and the Baltimore Convention Center—are in the process of doing the same.

The efforts go beyond field hospitals, too. Last week, the American Hotel & Lodging Association launched its new "Hotels for Hope" initiative, which identified more than 6,500 properties nationwide that can provide temporary housing for hospital staff and first responders. Other properties, such as the 215-room Hotel One Sixty-Six Magnificent Mile in Chicago, are working with city officials to provide rooms for people who are sick or awaiting COVID-19 test results. Employees of the city's health department will reportedly staff floors where guests are quarantined, meaning hotel workers will have no direct contact, according to the Chicago Tribune.

And in Denver, newly opened 10,000-square-foot event venue Asterisk has found another way to help: The private space has partnered with city officials to become a full-time emergency shelter for the local homeless community, in an effort to curb the virus's spread. “When Asterisk was required to close to events in early March due to the pandemic, [we] saw an opportunity to provide a much-needed ‘socially distanced’ shelter during an impending snowstorm for those experiencing homelessness,” say the venue’s owners, who worked with neighboring nonprofit St. Francis Center. “The mayor’s office was impressed by a private venue offering its space, and approached Asterisk about a more formal partnership after the weather improved.”

For his part, Wizard Studios' Saravay is not surprised to see the event industry stepping up with creative solutions. “Good event vendors and producers are essentially professional problem solvers,” he notes. “This pandemic is what we have been training for: a real need for problem-solving. … Today, our good decisions will literally help to save lives. Hopefully we will never have to say that again. But today we are here to help when it matters most.”