After the award ceremony at the Shrine, winners found a London look and feel, from a double-decker bus to a Beatles soundtrack.

When People’s Choice award winners like Patrick Dempsey, Vince Vaughn, and the cast of NBC’s Heroes entered the Shrine’s oft-used expo hall after the CBS telecast, instead of finding its usual stark, gymnasiumlike look, they glimpsed a room transformed into an English manor. The awards organization’s supervising producer, Peter Demas, and event manager Megan Green worked with Joe Moller and Travis Jackson of Ikus & Company to produce and design the event, where everything was tied into life in London.

Rather than the typical California fusion cuisine found at many after-parties and events, Salt Catering’s buffet tables incorporated British cuisine with an American flair, like the buffet of hot curry including sizzling skewers of tandoori chicken with dried mango and lemongrass black tiger shrimp and scallion. Servers—dressed in ascots and other England-inspired attire—passed around baby pot pie potatoes stuffed with Welsh rarebit, traditional fish and chips with malt aioli in Hollywood-trade-paper cones, and heirloom tomatoes, eggplant, cilantro, and tandoori pizzetas. For those less adventurous types, the crudités of pickled baby vegetables, charcuterie, olives, and crisps—or “ploughman’s platters,” as they say in Britain—were popular alternatives.

Several large dark brown leather banquettes bordered the room, providing plenty of space for the more than 650 guests to unwind after the two-hour award show. Other guests chose to lounge on the plush leather Chesterfield couches from Omega Cinema Props in front of stacks of TV screens that featured fireplaces, crackling sound effects included. Adding to the English-manor atmosphere were the large paintings highlighting English countryside scenes, as well as pool tables from Arcade Amusements.

The centerpiece was an authentic, full-size 1967 London double-decker bus from Showmobiles Inc. parked at the back of the room, which displayed authentic London signage on the sides. Not only an accessory, the bus was also a platform for DJ Jeremy “Junior” Rouche, who spun a mix of Beatles and Motown from high above the crowd. 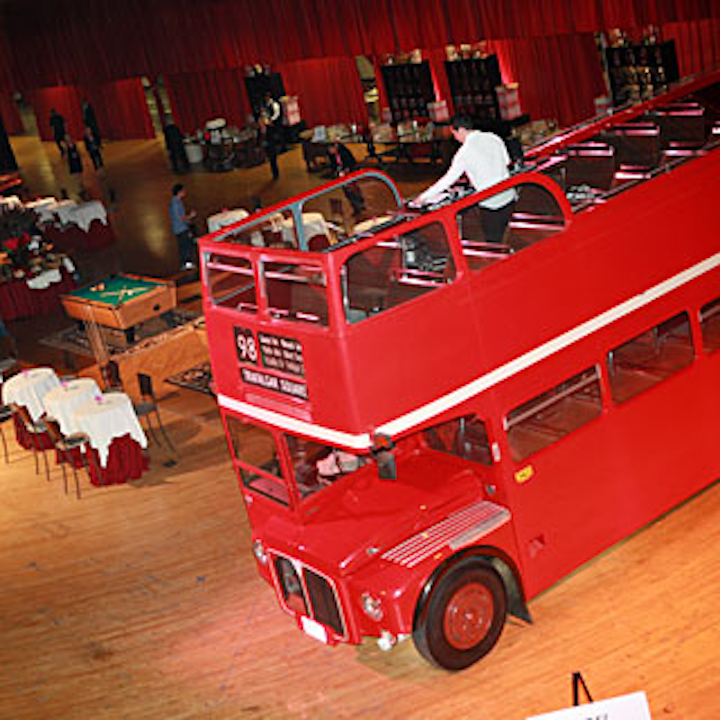 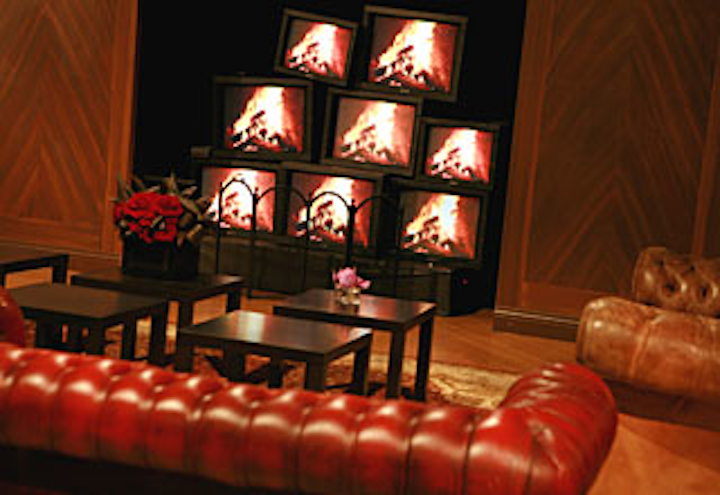 Leather couches sat in front of a crackling faux fireplace made of TV monitors. 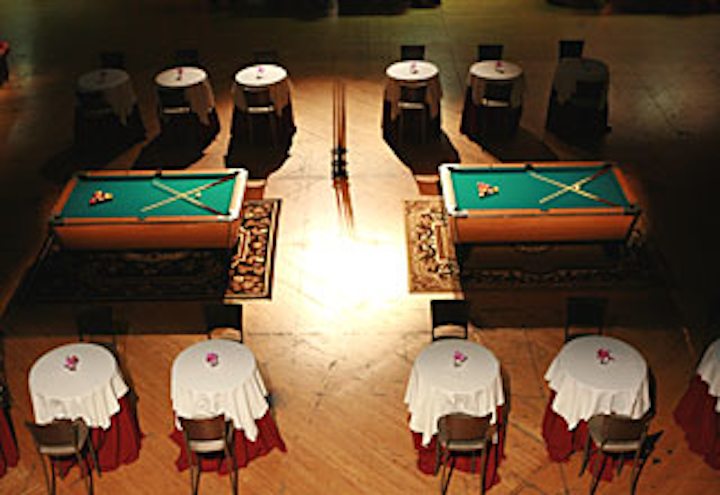 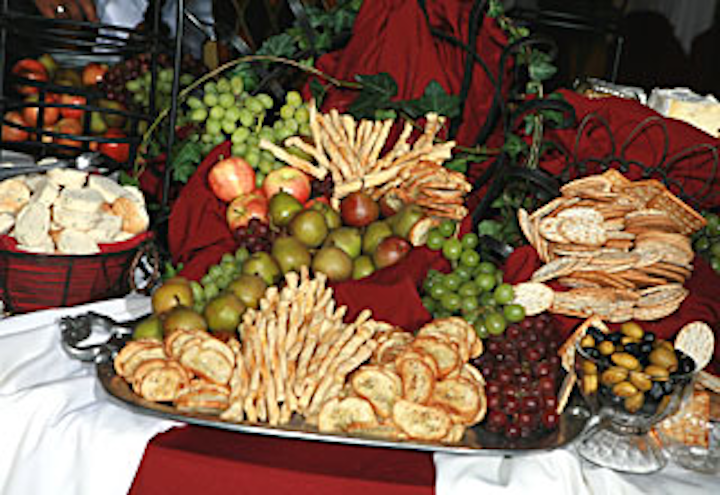