To bring the event to life, the 1920 Spanish Colonial Revival-style Shrine complex required a complete transformation. To create a blank slate for the show, 15,000 square feet of black drape cloaked the showroom walls and blocked sunlight, while another 11,800 square feet of black carpet covered the floor and seating risers. Production designers John Shaffner & Joe Stewart’s stage and decor paid homage to the movie palaces of the past. Gold leaf and copper accents highlighted architectural details like fluted columns, elaborately carved cartouches, and geometric-patterned glass. The black lacquer floor, trimmed in gold, contrasted the platinum walls. A 20-foot-wide silver screen took center stage against a twinkling background. The screen was set in an illuminable frame programmed by lighting designer Jeffrey Engel to complement the awards and tribute. A custom five-foot-square crystal-beaded deco chandelier punctuated the stage lighting, its style echoed in multiple overhead fixtures hung throughout the room. The interior of the Shrine was draped with 4,575 square feet of charcoal and silver shimmer fabric.

“We take a space that looks essentially like a basketball court on the inside and turn it into an elegant setting with dining and stage appropriate for an honors telecast,” said producer Connell in a statement.

As for the menu, the annual awards challenge a chef to create a single plate that appeals to both the camera and the palate—while overseeing service that is efficient and unobtrusive. Lucques Catering, under the direction of chef Suzanne Goin and front-of-the-house pro Caroline Styne, catered for the third consecutive year. Their menu consisted of antipasto plates with slow-roasted salmon with yellow beets, spicy carrot salad, and raita; roasted root vegetables with quinoa and persimmon salsa; and grilled chicken breast with black rice, pea shoots, and tangerine vinaigrette. A vegetarian plate had spicy carrot salad with yellow beets, cucumber, and black mustard seeds; roasted root vegetables with quinoa and persimmon salsa; and black rice salad with English peas, pea shoots, and tangerine vinaigrette. More than 1,300 linear yards of gunmetal crinkled organza transformed into custom table coverings, which were accented with 1,200 silver satin matte lined napkins. Black suede cushions topped 1,200 silver Chameleon chairs.

As presenters awaited their rehearsals and appearances on stage, they reviewed their scripts in the comfort of the green room, which for the second consecutive year was hosted by jeweler Graff Diamonds, in support of the SAG Foundation. Furnishings from Fendi Casa transformed the green room space—located within a simple curtained offstage corner of the Shrine—into a retreatlike area and created a backdrop for displays of Graff’s gemstones. 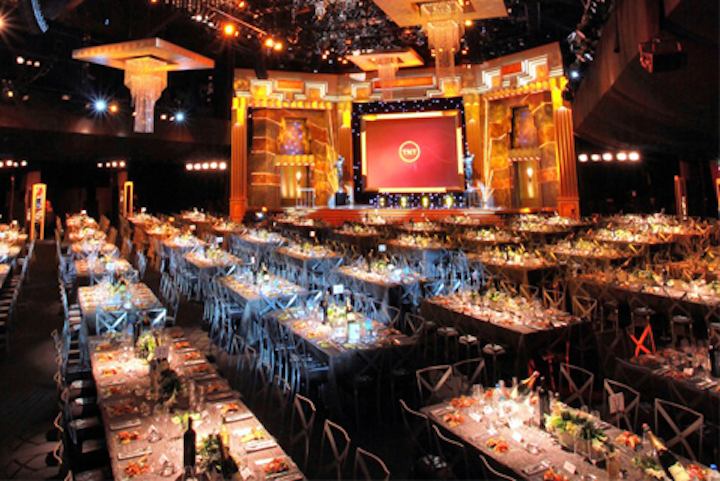 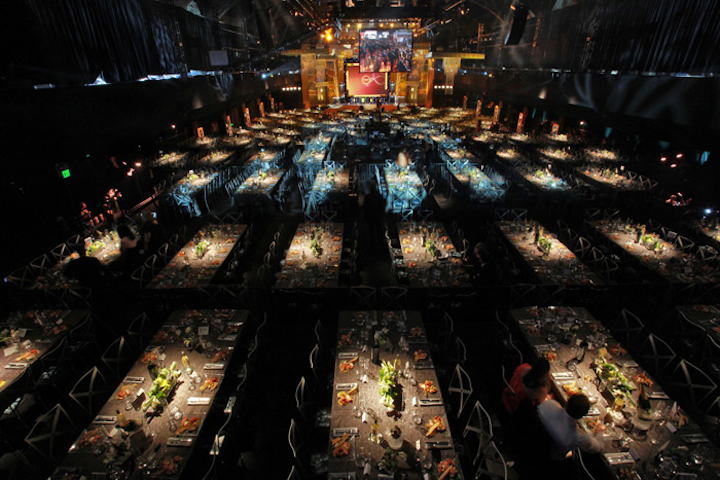 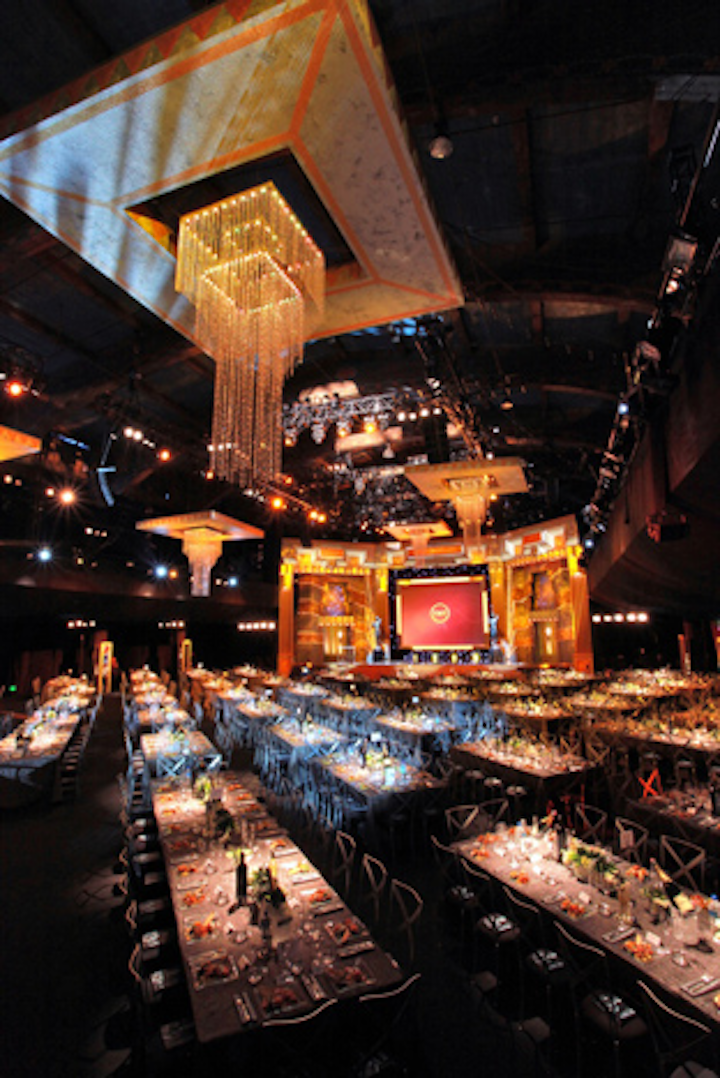 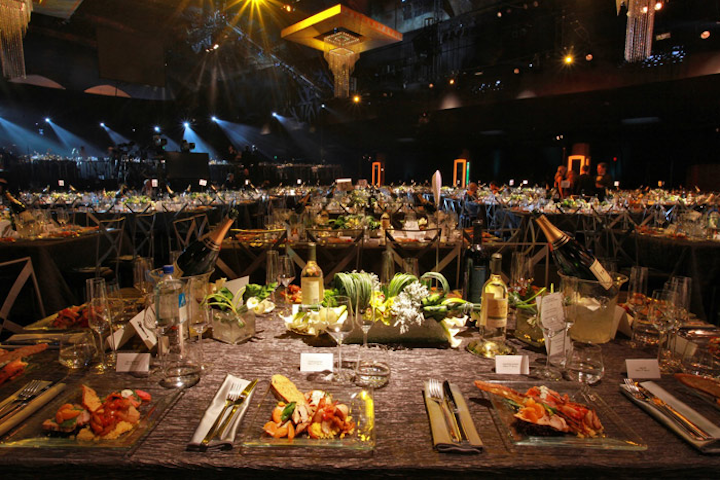 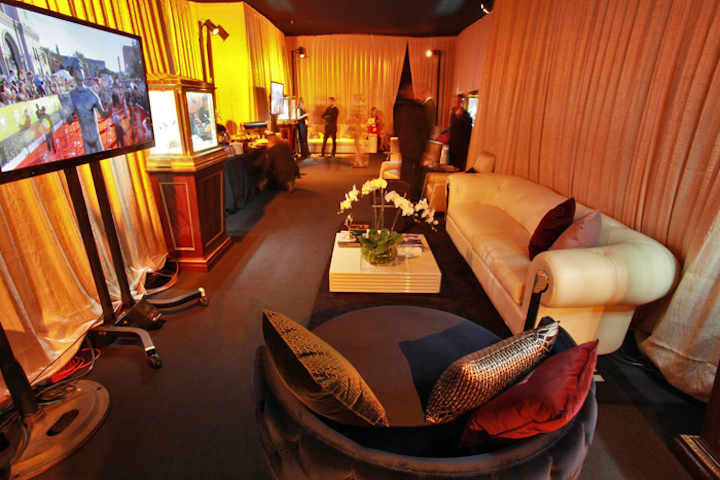 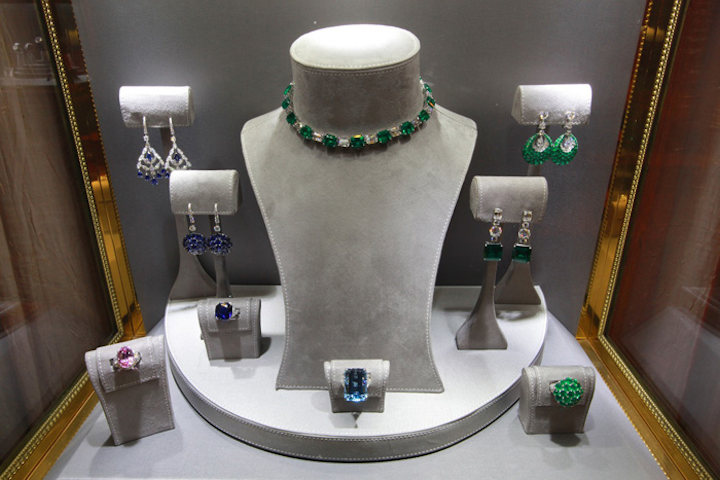 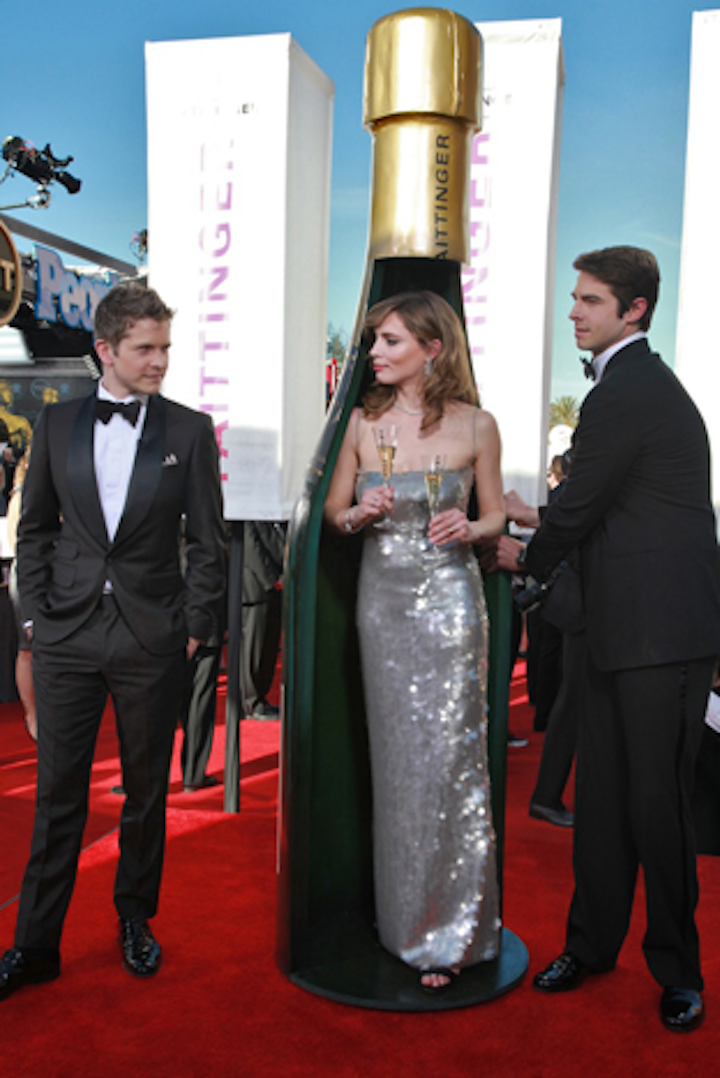