At the press event at Radio City, the presentation was directed by Newsies director Jeff Calhoun and featured a live orchestra. The staging included two giant screens flanking a multitiered set and a changing background. To drive home the concept of the phone as a "lifestyle companion," the program mixed descriptions of the phone's features with vignettes showing actors using the phone in situations from everyday life—a dance recital, a bridal shower, and a foreign train station.

Following the presentation, the first rows of the theater were turned into product display bars where press could try out the phone and speak with product specialists. In the lobby, guests could unpack boxed snacks from Sonnier & Castle.

For the consumer event at Times Square’s Duffy Square, Samsung had a 100-seat theater set-up and invited others to gather in the surrounding area. Teaser videos played on a large LED screen before the feed switched over to the events at Radio City. Afterward, a flash mob performed and an "Experience Box" opened, inviting the public to interact with the phone and talk with product specialists. Organizers estimated 2,000 people came through during the two-hour time frame.

The Barkley Kalpak Agency produced the event along with Cheil Worldwide. 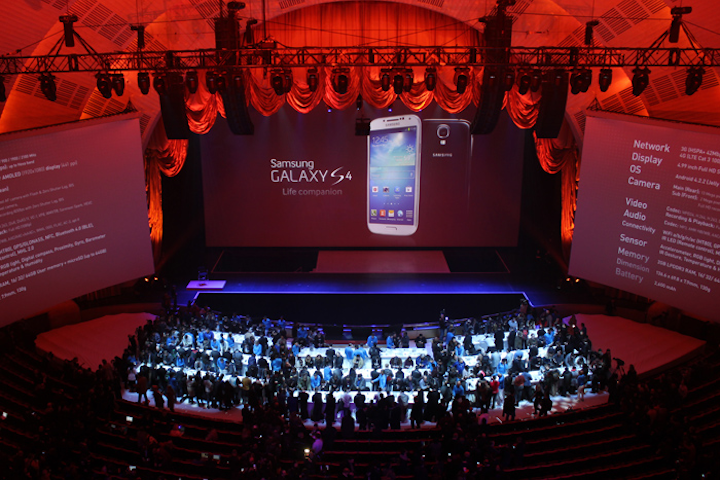 Following the presentation, the front of the theater was turned into a product display area with bars where press could try out the phone and speak with product specialists.
Photo: Carolyn Curtis/BizBash 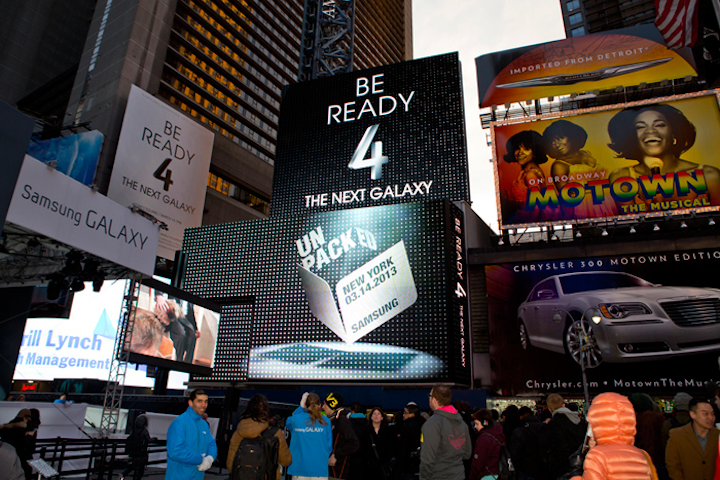 An LED screen in Times Square teased the launch of the Samsung Galaxy S4. Later, it switched to a live feed from Radio City Music Hall, where Samsung executives unveiled the phone.
Photo: Kyle Batten 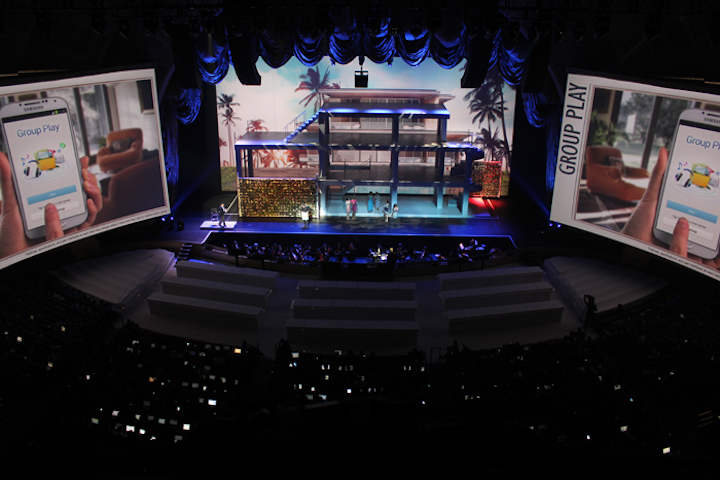 To position the phone as a "lifestyle companion," the program featured vignettes with actors using the device in situations from everyday life.
Photo: Carolyn Curtis/BizBash 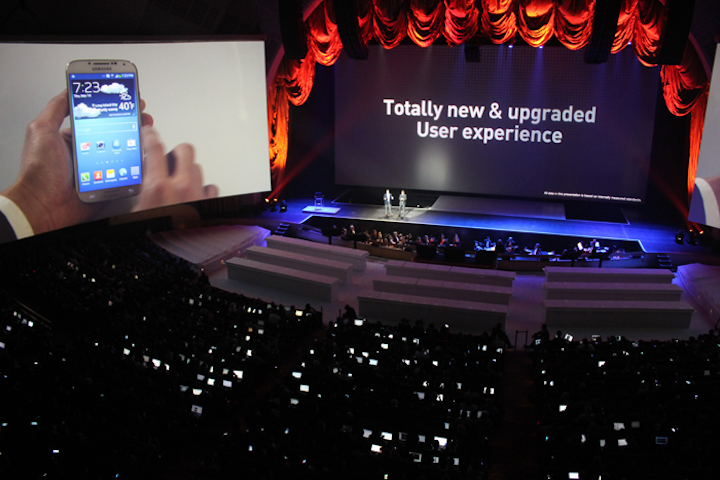 Press at the launch brought their own lighting, as laptops and other devices could be seen in the dark theater.
Photo: Carolyn Curtis/BizBash 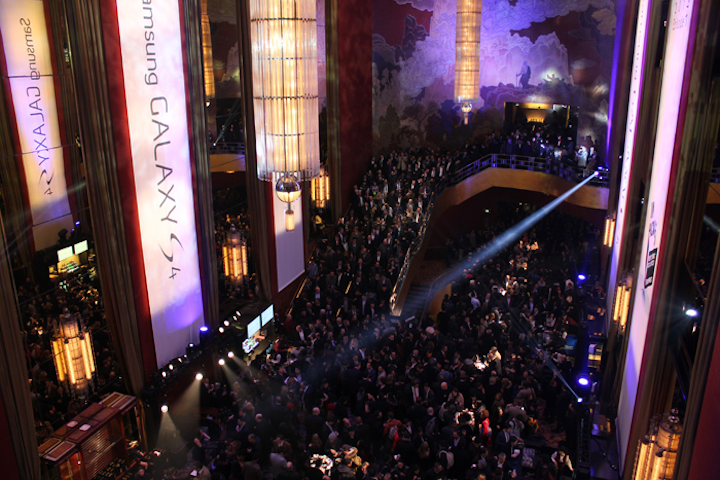 At the reception, branded banners decorated the Radio City lobby. In keeping with the "unpacked" theme, catered bites from Sonnier & Castle were served in boxes.
Photo: Carolyn Curtis/BizBash
More in Event Production & Fabrication