L.A.’s beach city is central to DirecTV’s new drama, but it didn’t have a venue that could support the event—so the production team made one.

When DirecTV and Endemol Studios launched their anticipated drama series Kingdom, the location for the October 1 premiere came naturally: Organizers wanted it to take place on Venice Beach’s famous Muscle Beach, as the show follows mixed martial arts fighters at a training facility by that beach city, which becomes a vivid character of its own. However, Venice doesn’t offer the varieties of venues as does, say, Hollywood, and the team didn’t find one suitable—so they made one themselves.

In the end, guests came for a screening of the show’s premiere episode in a custom theater built directly on the Venice Beach boardwalk. Working with DirecTV’s Brad Setting, Chad Hudson Events produced the premiere, setting up the substantial screening facility on the beach—a two-day build after two months of planning.

“The screening rooms in Venice are few and far between. The one I found was 110 seats—so that’s why we decided to build our own for 450 people, a normal Hollywood-size screening, in Venice,” Setting said. “But we wanted to give back to the community, so that’s why we chose the location where the show was filmed."

In fact, the screening included representatives from Los Angeles Mayor Eric Garcetti's office, as well as district council member Mike Bonin, who praised DirecTV for filming in L.A. and pledged to continue to work with production houses to ensure industry benefits and incentives are maintained throughout the city.

Following the show, the crowd moved across the street to a party held in a private lot along Venice's quintessential Windward Avenue—designed by OneNine Design with Chad Hudson’s team—that included rounds of mixed martial arts fights in an authentic octagon—the actual ring used during production of the series.

Flanked by the iconic Venice mural, guests watched the live bouts in the central ring while eating a menu inspired by the beach cities—including tacos, sliders, funnel cakes, and cotton candy—crafted by Along Came Mary along with food trucks.

The cast, including its biggest star, Nick Jonas, were among the guests who participated in the night’s other activities, including live-upload Instagram activations, photo booths, and a draft beer garden featuring Venice Duck Brewery.

To cap off the night, the octagon became a dance floor. 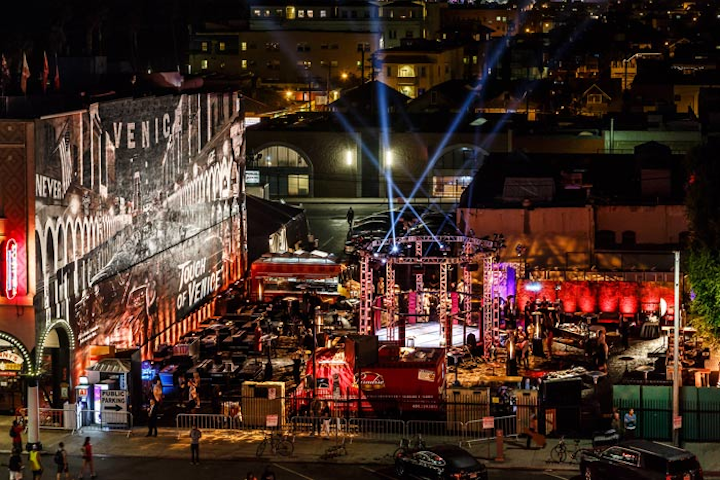 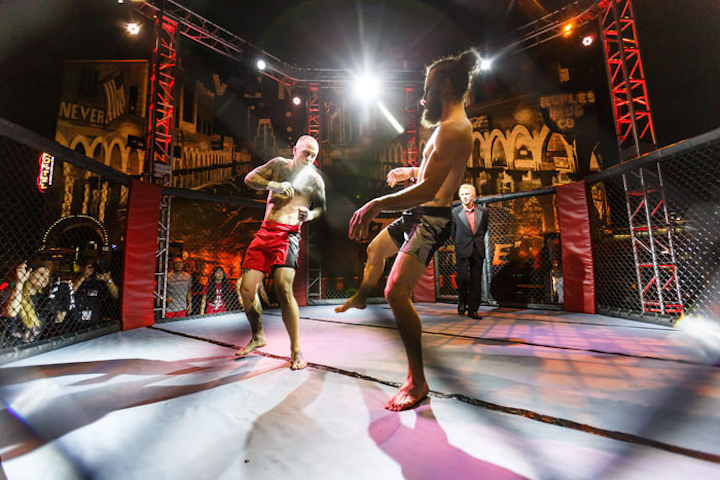 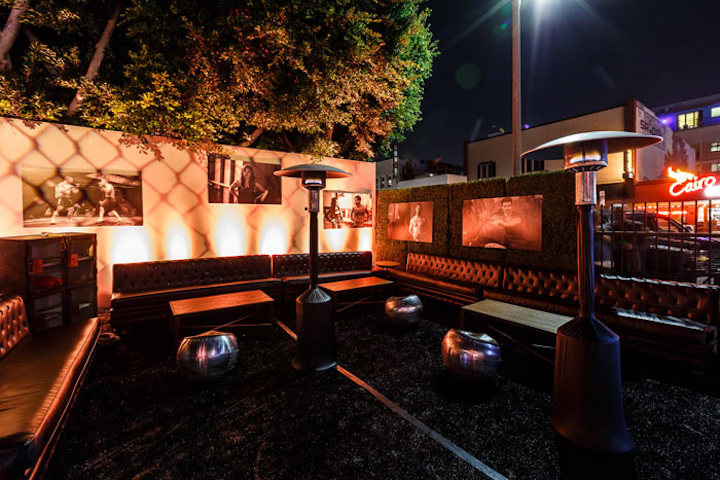 The party had the air of gritty beach-city life, as portrayed in the show.
Photo: Sean Twomey/2me Studios 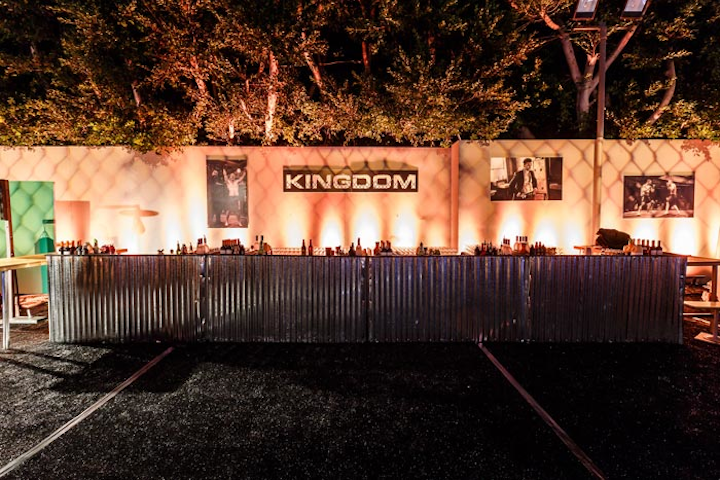 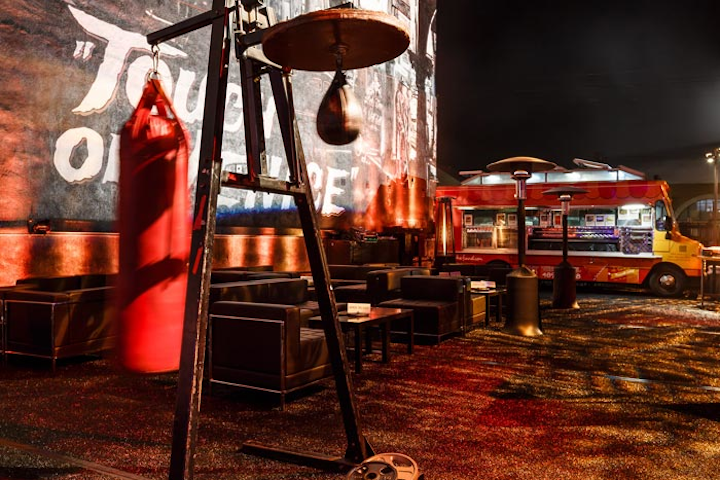 Guests could take swings at a heavy bag and speed bag set up at the post-screening bash.
Photo: Sean Twomey/2me Studios 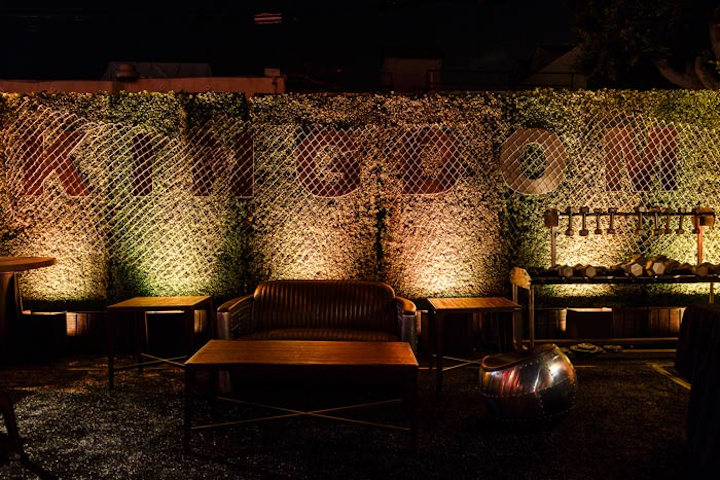 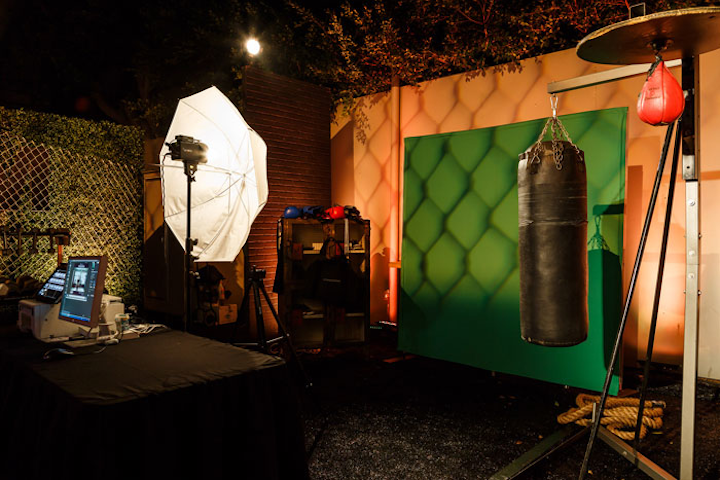 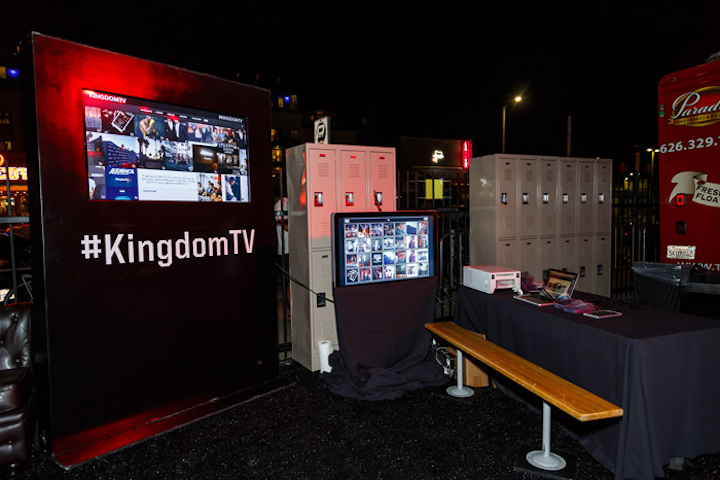 Guests were encouraged to post photos using the night's hashtag, #KingdomTV, and their images would appear live on an Instagram wall.
Photo: Sean Twomey/2me Studios
More in Event Production & Fabrication