The 58th annual Grammy awards took over the Staples Center in downtown Los Angeles on February 15, with intense pyrotechnics, color-changing R.F.I.D. bracelets among the crowd, and big wins for Kendrick Lamar and Taylor Swift.

Back for his fifth year was LL Cool J, who handled hosting duties amid performances by show-opener Swift, as well as Adele, Justin Bieber, Lady Gaga, and John Legend. (Scheduled performer Rihanna was a no-show this year; but this time it was for health reasons, and not personal-life scandal). The Broadway cast of Hamilton also performed, bringing back musical theater to the Grammy stage for the first time in five years—and picking up a statuette to boot.

Following the main event, guests made their way to the Recording Academy’s official Grammy awards after-party, known as the Grammy Celebration, just across the way in the Los Angeles Convention Center. With 5,000 attendees, it is the largest award-show-related party in Los Angeles.

Instead of a more literal theme as in years past—recent iterations of the party have included vintage travel, Bollywood, and the Roaring '20s—this year’s event went with a more conceptual vibe. The Grammy Land theme—inspired by Candy Land's fanciful concepts and graphics—had production by the Recording Academy, led by Branden Chapman, Rex Supa, Clay Upton, and Casey Immoor.

The look and feel were all about whimsy and playfulness, with a dancing fountain, oversize candy props, vintage arcade games, and other larger-than-life design elements in a space the size of three football fields. Roving entertainers, dancers, acrobats, aerialists, as well elaborate visual projections, all advanced the surrealist experience.

Also contributing to the theme were elaborate candy and dessert displays—all part of the offerings from Patina, which this year took over catering duties for the massive event. Patina, helmed by chef and founder Joachim Splichal, brought a menu inspired by California dining destinations, with distinct stations including tacos, Napa-inspired cuisine, Santa Monica Farmers’ Market seasonal options, and gluten-free dishes influenced by fitness-focused Beverly Hills. The menu was designed using sustainable, local ingredients. Leftover food was donated to local food banks, and all cooking oil was recycled.

Aloe Blacc and Thelma Houston performed for the massive crowd, along with DJ Michelle Pesce on the turntables. The party’s red-lit Jazz Lounge in a separate space offered performances by Arturo O'Farrill.

"With more than 600 catering and service staff, 400 production team members, 200 security agents, 60 dancers and acrobats, four featured performances, and hundreds of hours of planning, it is a daunting yet rewarding task to mount the largest and most complex award show after-party annually," said Chapman, the executive in charge of production and chief business development officer for the Recording Academy.

Chapman also noted that one of the party’s annual draws is its “vibrant thematic design." And Recording Academy president and C.E.O. Neil Portnow called it “a visually stunning party atmosphere."
View Slide Show 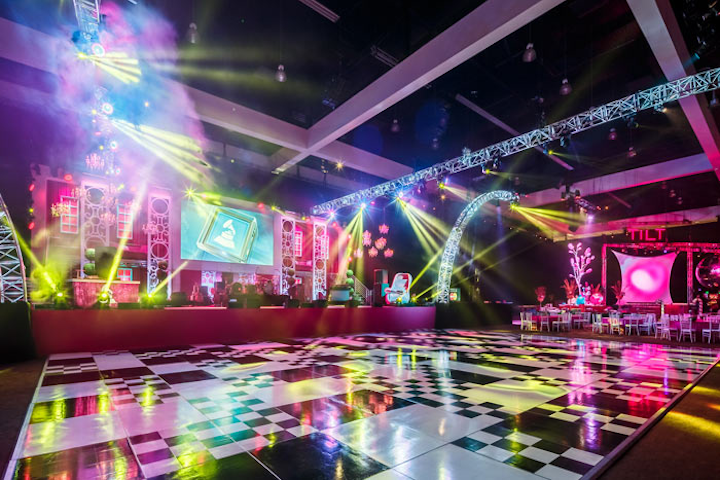 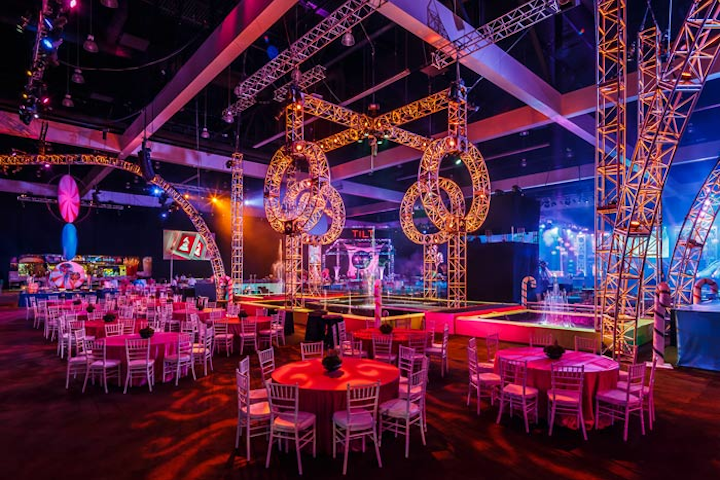 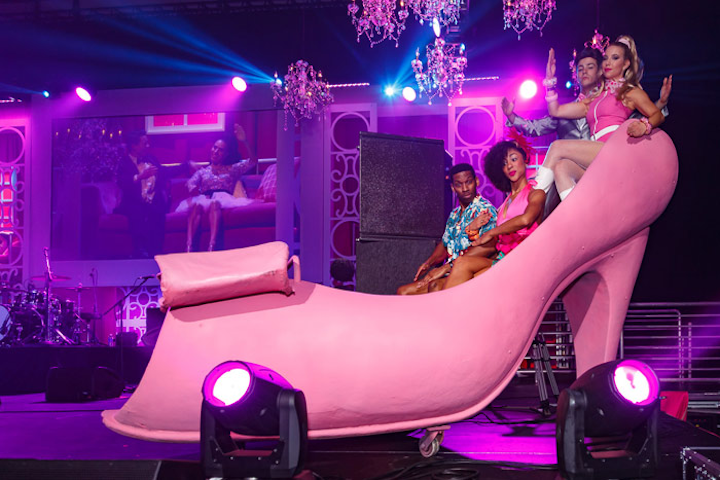 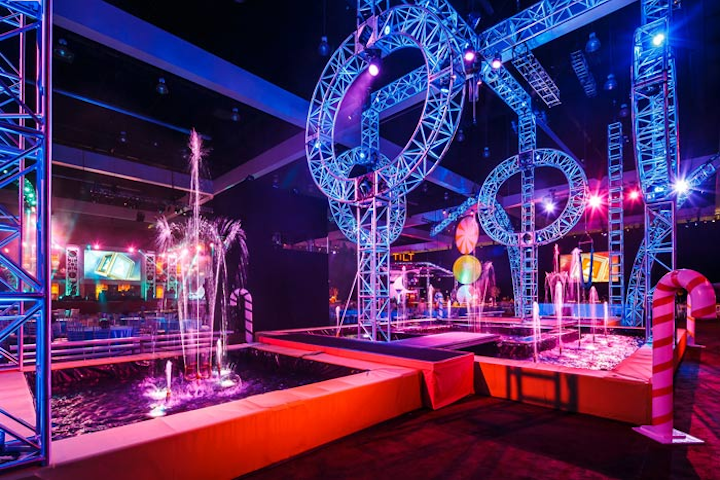 A real working fountain in the center of the space included water that danced in choreographed programming.
Photo: Sean Twomey/2me Studios 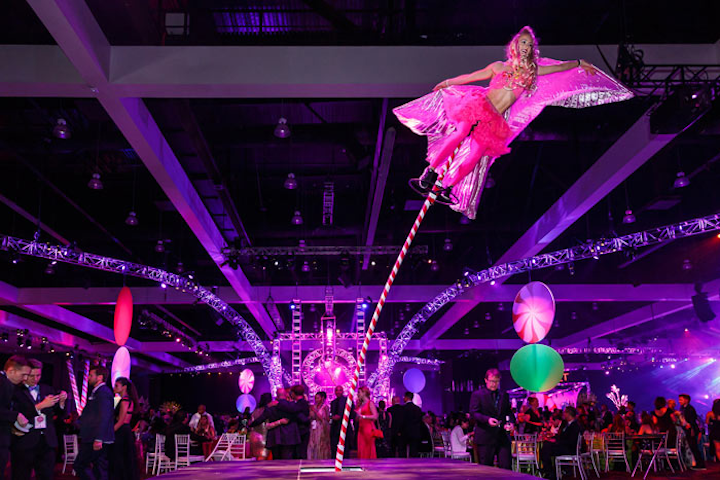 A performer on a rubberized pole appeared to defy gravity as she soared in all directions over the crowd.
Photo: Sean Twomey/2me Studios 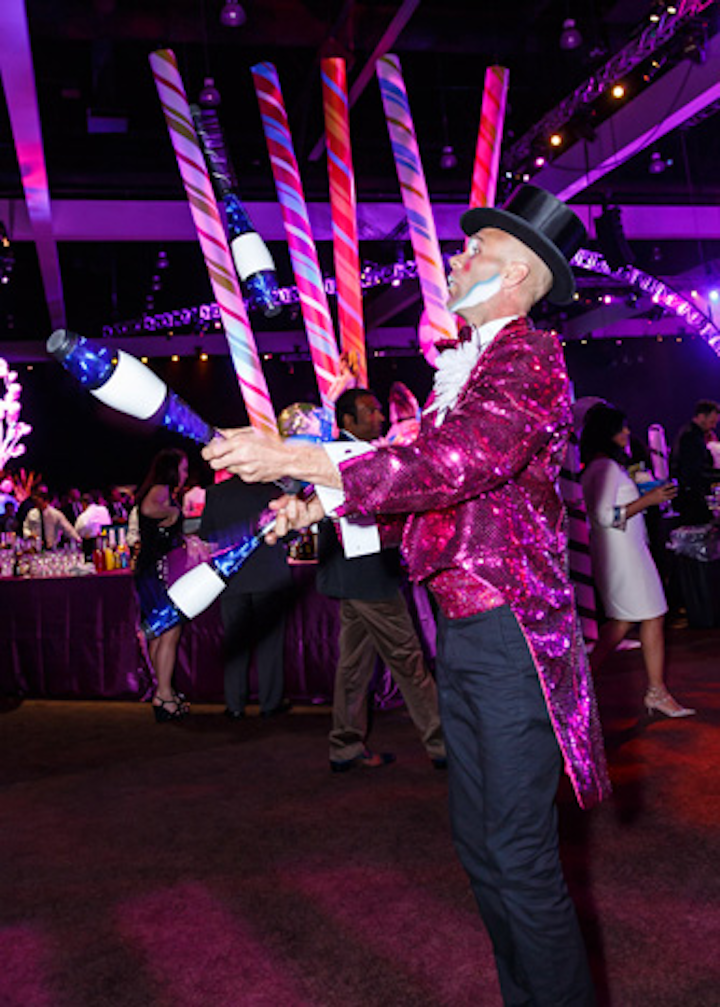 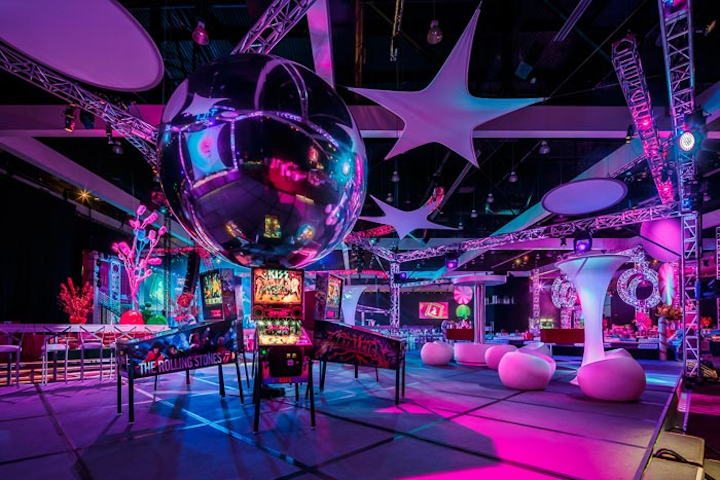 Vintage pinball games were fanned out in an arcade section of the party space.
Photo: Sean Twomey/2me Studios 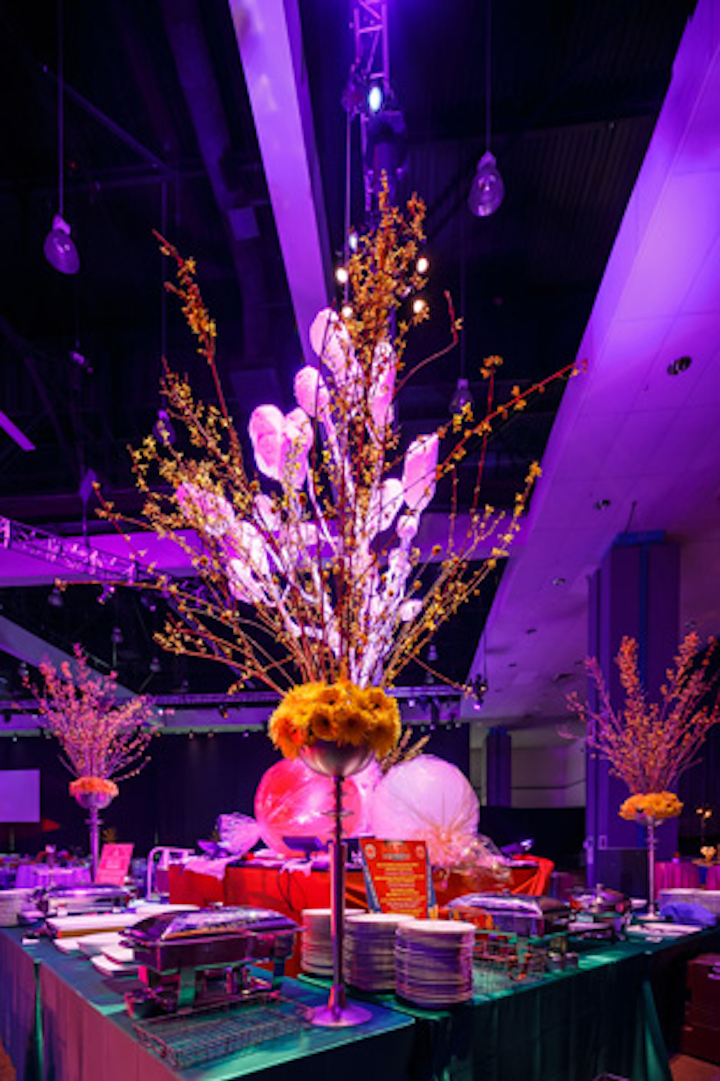 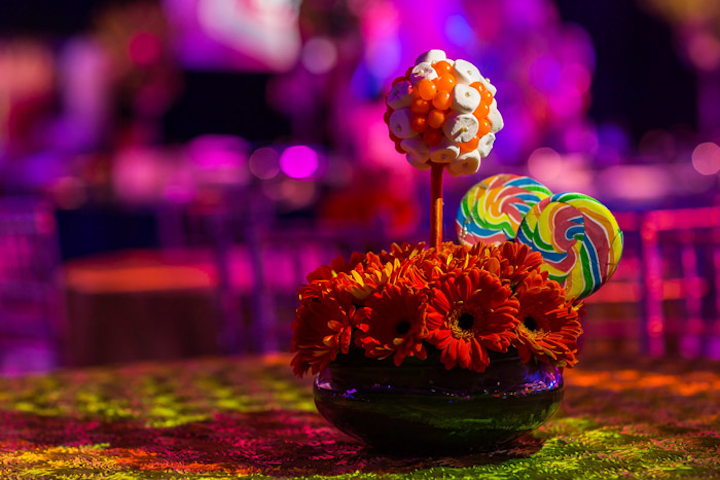 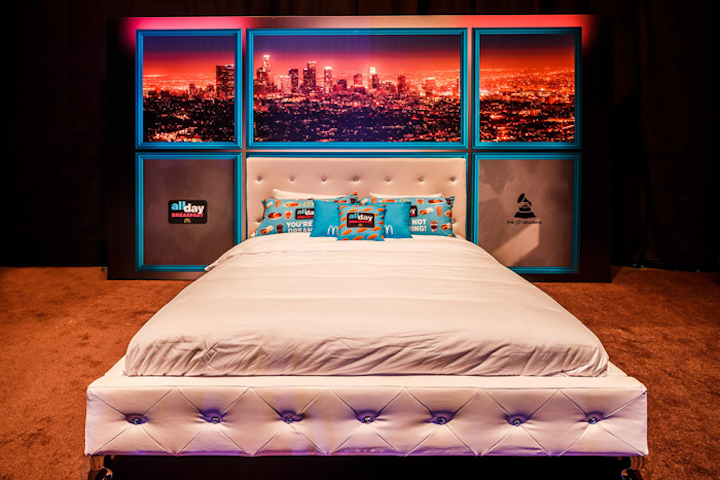 A photo booth from sponsor McDonald's included a bed; the idea was to sell the restaurant's new breakfast-all-day offerings.
Photo: Sean Twomey/2me Studios 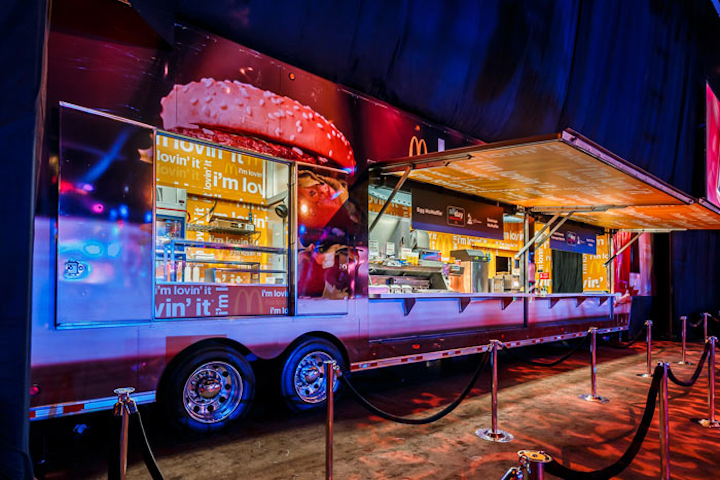 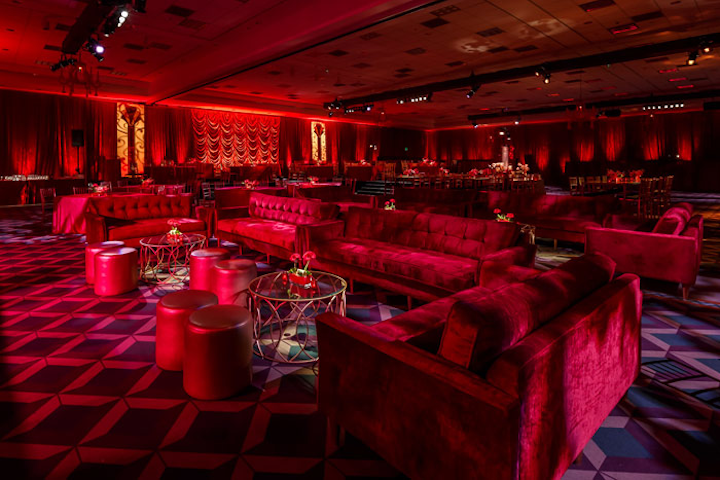 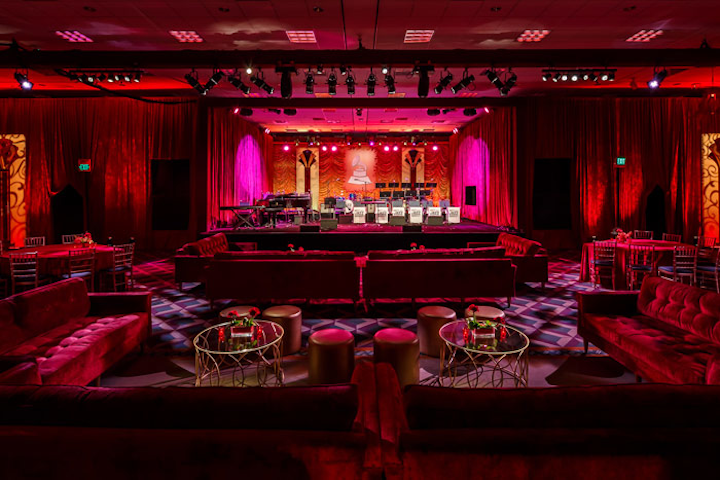 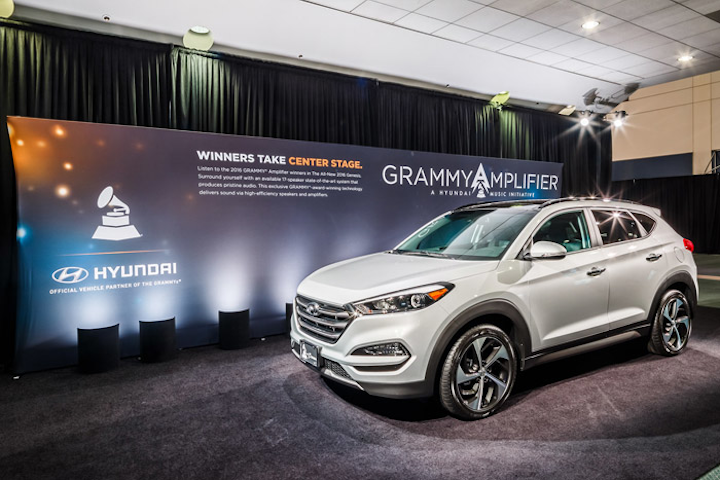