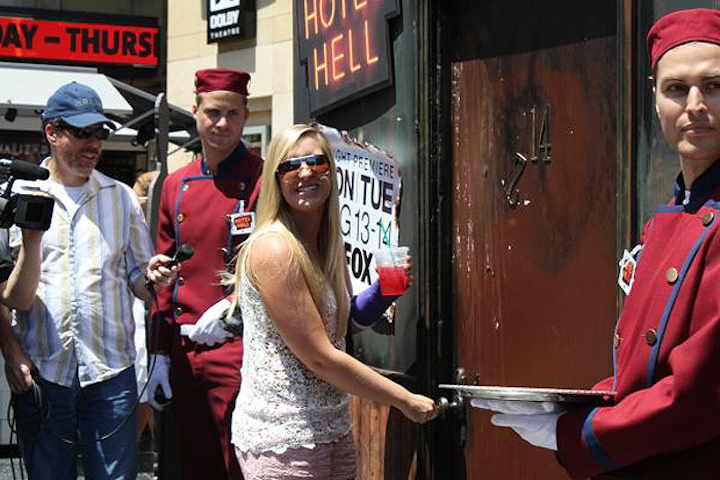 Guests used branded keys to attempt to unlock the door to the "Hotel Hell" at Hollywood & Highland and scoop up prizes from Fox as part of a promotion for the show by the same name.
Photo: Courtesy of TH Productions

Taking over Hollywood & Highland on Friday, TH Productions teamed up with Fox to produce a stunt promoting Gordon Ramsay's new show, Hotel Hell. The experiential agency worked with Acme to design and fabricate a 3-D "Hotel Hell" facade complete with real cockroaches and a life-size cutout of the show's star, Gordon Ramsay, in the high-traffic location. Two brand ambassadors, dressed in real bellhop attire, passed out branded keys on silver platters to all who passed by. The bellhops encouraged consumers to attempt to unlock the door to the mock hotel on Hollywood Boulevard; the consumers whose keys unlocked the door won prizes provided by Fox.