Experiential agency Set Creative built a pop-up for a made-up beverage as part of a study on how brand experiences may help build consumer trust. 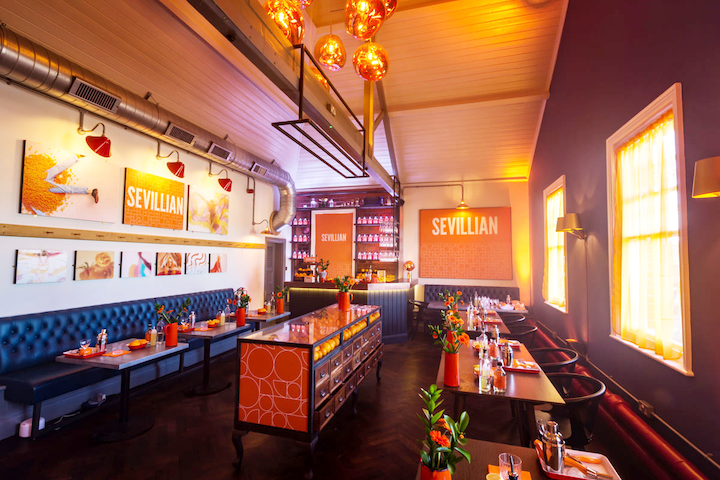 The experience took place over a day at the Pound Kitchen & Bar in Canterbury. To celebrate all aspects of the orange, Set Creative outfitted the space with quirky photographs, printed graphics, florals, and the name of the brand.
Photo: Chris Morgan Photography

When Payless opened a fake pop-up store that tricked influencers into paying upward of $500 for $20 shoes, the brand’s goal was to remind consumers that its affordable shoes could be just as fashionable as designer brands. One event agency recently performed a social experiment with a similar concept, a mocktail-making pop-up themed around a fake drink brand, but with the intent to show how consumers are more willing to purchase a product if they’ve attended that brand's live experience.

Earlier this year, Set Creative, an experiential agency with offices in Portland, Oregon; New York; and London, opened a daylong pop-up for the faux orange non-alcoholic spirit brand Sevillian. The experience was part of the agency’s impartial research study, commissioned to show how experiential can be a more effective way for brands to communicate with consumers, rather than through print, radio, or TV. The findings from the research, released in April and titled “The Value of the Experience,” found that 73 percent of consumers in the United States and United Kingdom are more likely to purchase a product if they have participated in a brand experience.

The process of the study consisted of two parts: A nationally representative survey of more than 1,000 U.S. and U.K. consumers, and the Sevillian experiment, which invited 300 U.K. consumers (who didn’t know the brand was fake) to participate in reading, listening, and video tests, or the mocktail making at the pop-up. The study was undertaken by independent agency Synergy Research and Consulting in partnership with the D.R.G., a marketing research company, and Cint, an insights exchange technology platform. 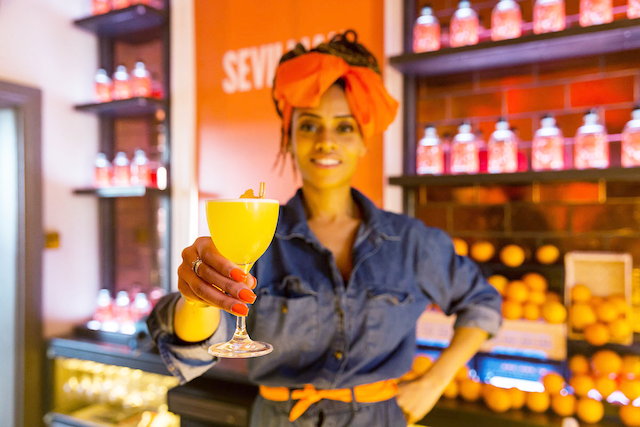 Mixologists served a signature cocktail, the Golden Arrow, which was similar to a sour.Photo: Chris Morgan Photography

Set Creative, which has produced pop-ups, activations, and events for brands such as Google, Heineken, and Nike, transformed the Parade Room at Pound Kitchen & Bar in Canterbury, U.K., into the Sevillian pop-up. Harry Osborne, creative director for the agency’s London office, said the initial idea was to create a cocktail-making masterclass. But with cocktails as the focus of the experience, Osborne said the agency realized problems could arise as people have bias when it comes to certain types of alcohol. As non-alcoholic spirits continue to become more popular at events, Set Creative landed on the idea of Sevillian.

“We chose an actual non-alcoholic spirit that was rebottled and rebranded. And we decided to celebrate the orange. Seville in Spain is the geographical center of the orange, which brought [the name] Sevillian to mind,” said Osborne. “We then created [an environment] that was contemporary and fun, with quirky photography that showed people being buried with big piles of oranges. The brand’s print details were derived from a section of an orange—a circle, half, and a slice.” 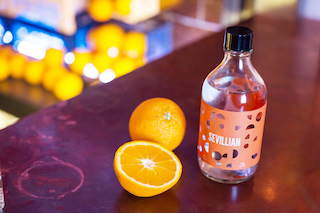 The agency rebottled and rebranded a real non-alcoholic spirit for the experience.Photo: Chris Morgan Photography

Participants randomly selected by Synergy Research and Consulting were led in groups of 12 people to the venue’s upstairs level, walking through dry ice smoke and the pumped smell of mandarin orange. Once inside the orange-lighted space, mixologists explained the process of making the Golden Arrow, Sevillian’s signature mocktail. Guests then made their own version of the drink at tables and sipped on their creations while answering questions afterward.

Of those who participated in the experience, 41 percent claimed to be “very likely” to purchase the product, compared to those involved with the reading (16 percent), listening (13 percent), and video tests (12 percent). Experience participants also were more likely to share (55 percent) or recommend (51 percent) the Sevillian brand, compared to the reading (16 and 15 percent, respectively), listening (13 and 18 percent), and video tests (12 and 9 percent). 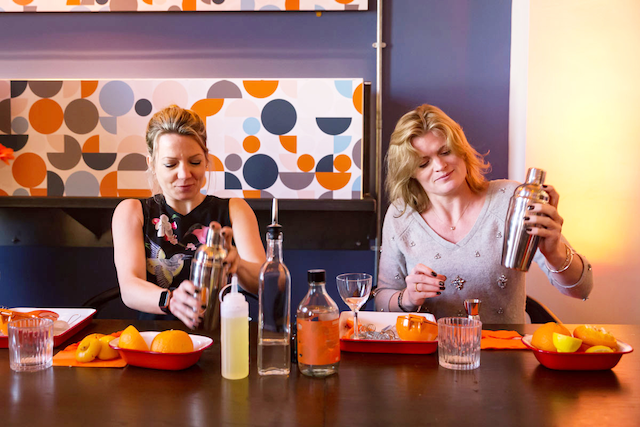 Mixologists explained the process of making the signature cocktail to guests, who were sent to tables to make their own version of the drink. They could then sit and enjoy the drink while they answered questions for the study.Photo: Chris Morgan Photography

“More than anything, this was a normal project for us. We treated it like we would treat any client,” said Osborne. “We had our own budget constraints and a venue. It was nice to see results from the research come to life, because we were just doing our jobs.”

“As our findings show, making people feel appreciated and entertained creates a different kind of value and leaves them more likely to share, recommend, or purchase your brand,” said Guy Tremlett, chief creative officer of Set Creative. “In our opinion, an experience is less about counting impressions and more about making impressions that count.”

Watch how the Sevillian experience came to life:

The Value Of Experience from Set Creative on Vimeo.