As a continuation of its B-to-B, guerrilla-style efforts that saw temporary newsstands last year and greenhouse truck in 2010, Ion Media Networks is once again targeting media buyers with a tongue-in-cheek promotion during upfronts. Playing off its slogan, “Ion Delivers,” which is designed to emphasize how reliably Ion reaches its key demographics, the television property and its production partners the Michael Alan Group built a mobile mail room that travels to the offices of ad agencies. The playful ploy kicked off on April 30 and will hit several locations in Manhattan before ending on May 11, the Friday before Upfront Week.

Visually modeled after mailing crates, the promotion's temporary structure is staffed with representatives dressed as postal workers, who hand out brown paper packages from large canvas mailbags on wheels. The parcels themselves are filled with office supplies, including a tape dispenser, highlighter, mouse pad and broadcast calendar, all marked with Ion's logo. A video display plays clips from Ion television series, with audio piped loud enough to pique pedestrian curiosity.

To bring its key audience to the sidewalk set up, Ion sent out emails—designed to look like shipping notices—alerting executives that a package is waiting for pick up. Once outside, the invited participants check in, take their box, and go, or linger to chat with reps and enter the day's competition. Many use the outing as a break in the workday, grabbing a bottle of branded water and chatting with coworkers in the street.

Frank D’Agostino, Ion’s senior director of ad sales marketing, estimates the promotion has seen more than 100 participants per day. “A woman went back to work and left her package, so one of our workers ran into the building with it,” said D’Agostino. “He looked like a real postal worker running in like that, so I would say this event delivered the message quite literally.” 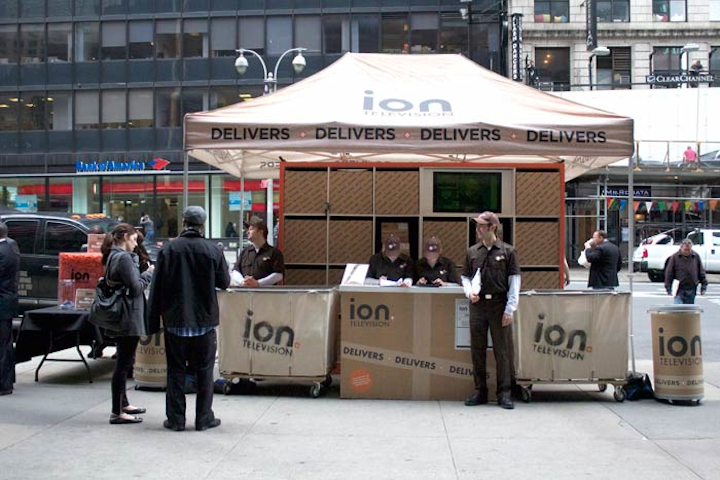 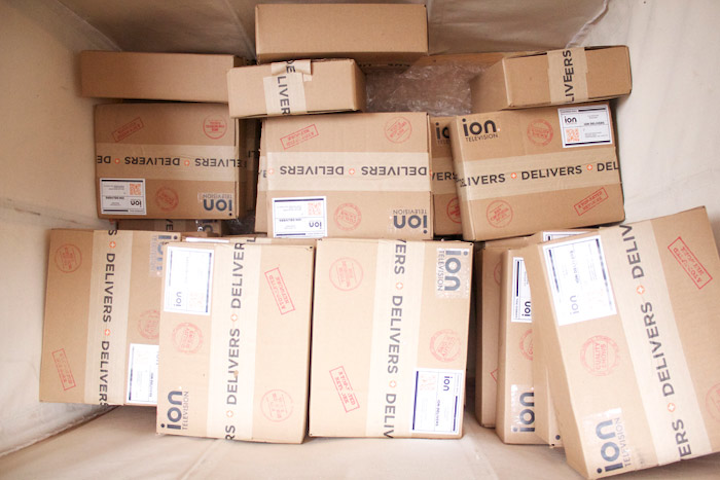 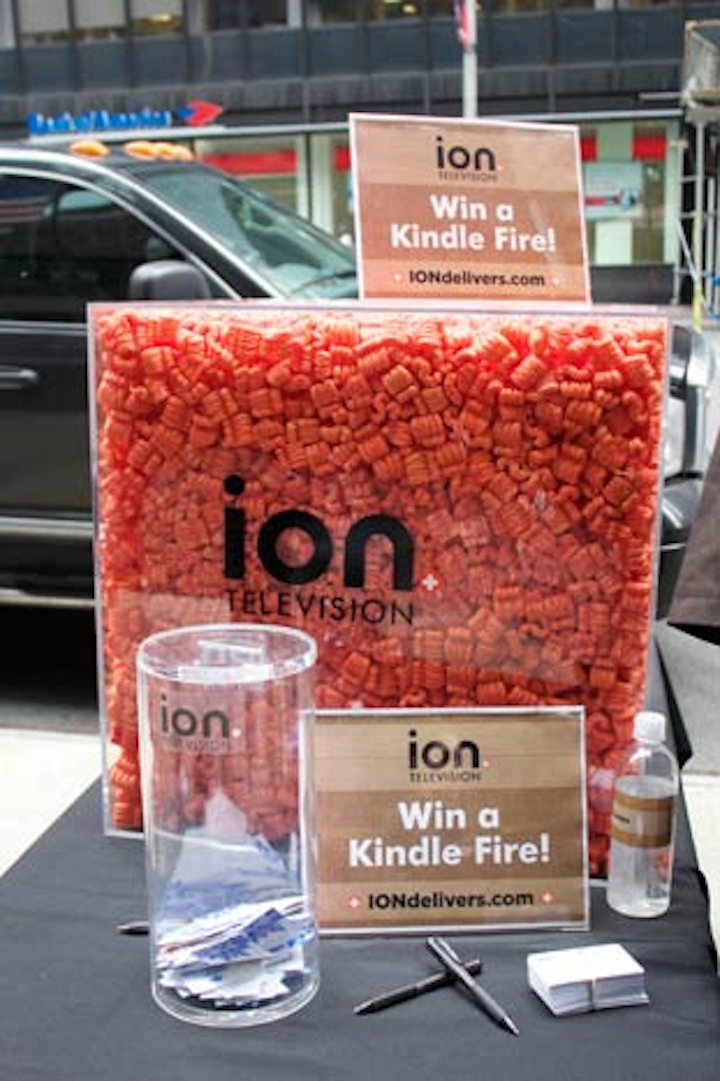 To encourage invited participants to linger, Ion's mobile mail room also offers a daily competition. Execs can drop off their business cards and estimate the amount of packing peanuts inside a glass cube for a chance to win a Kindle Fire. The network also set up a promotional Web site, which awards $1,000 those that answer Ion TV quizzes or share the link with friends.
Photo: Nadia Chaudhury/BizBash
More in Experiential, Activations & Sponsorships