Fund-Raising Ideas to Maximize Donations During a Milestone Year

The Leukemia and Lymphoma Society created a special anniversary fund-raising campaign to bring in an extra $1 million.

When a big event anniversary comes around, there’s always the inevitable question, “How do we recognize it?”

The National Capital Area Chapter of the Leukemia and Lymphoma Society combined the celebration of its 30th annual ball with the retirement of the ball’s founder for a special anniversary fund-raising campaign, which added $1 million to its bottom line. The March 11 event drew more than 1,700 guests to the Walter E. Washington Convention Center and surpassed its previous fund-raising totals with more than $4.1 million raised through a combination of ticket sales, silent auction, sponsorships, and an on-site call for donations.

A committee of 17 former ball chairs and longtime organization supporters tapped into their local networks with information about the night’s honoree, David Timko, who also served as executive director of the chapter.

“The four committee leaders have been longtime Washingtonians and strong business leaders, many as C.E.O.s of their companies, and they really got behind us on this,” said the chapter’s executive director Beth Gorman. “David is an infectious personality so a lot of people wanted to do something special for his retirement.”

Each committee member had a goal of raising at least $30,000 in honor of the 30th anniversary. Through a combination of emails and personal phone calls, the committee surpassed its $900,000 goal before the ball began. Additional donations, two at the $30,000 level, came on-site during the Fund the Fight call for donations program following a tribute video to Timko. The video highlighted his contributions as executive director to the organization and his own diagnosis with lymphoma and treatment at the Memorial Sloan Kettering Cancer Center, the beneficiary of the new campaign’s funds.

Additional revenue came from eight top sponsors donating between $50,000 and $125,000 each as well as 90 other corporate and family sponsors.

The young professionals’ committee also raised ticket prices this year from $150 to $175 and added an open bar element, instead of just beer and wine, as an added benefit at the higher rate. The two balconies overlooking the ballroom held 225 eventgoers at this level for the entertainment portion of the evening that featured comedian Jim Gaffigan and singer Andy Grammar. 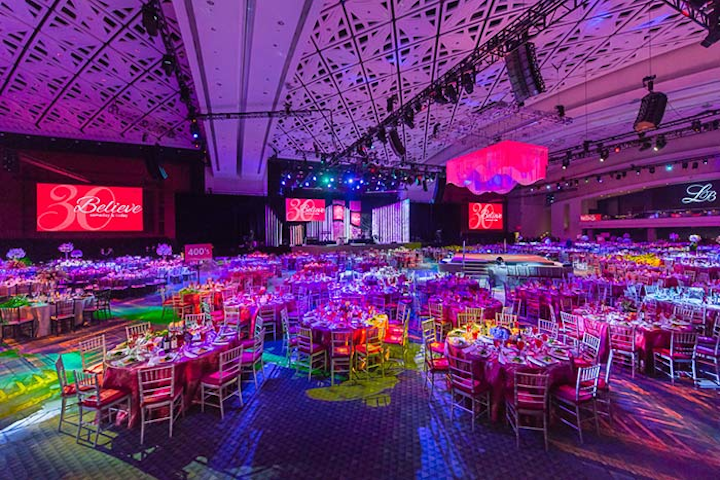 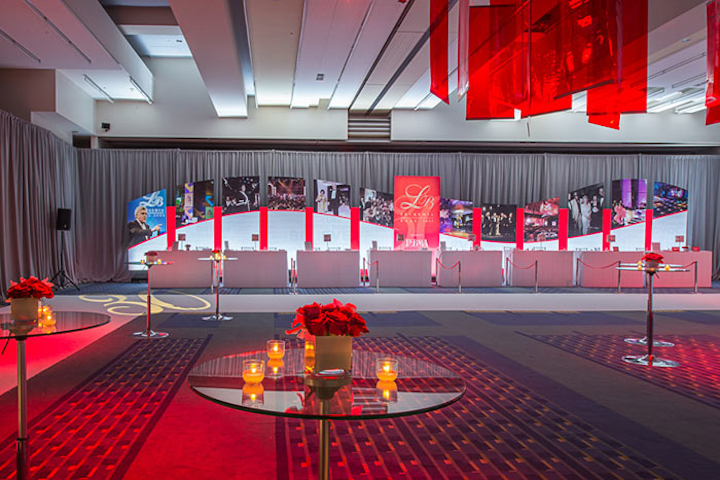 Hargrove incorporated photos from the past 30 years of events in the wall decor behind the check-in area.
Photo: Tony Brown/Imijination Photography 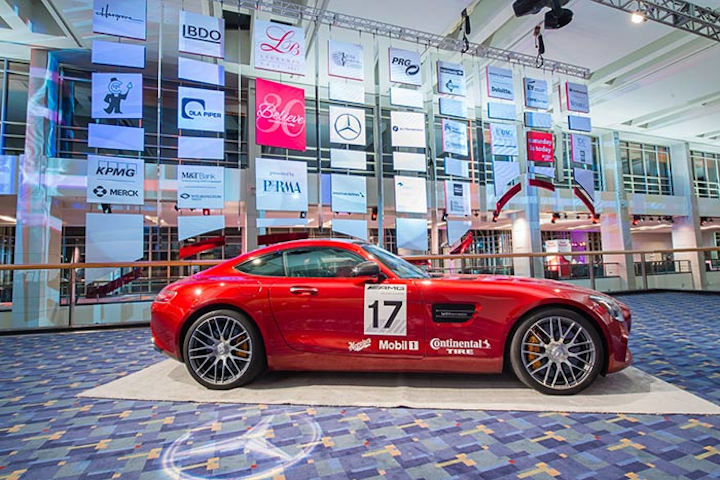 Mercedes-Benz showcased the car on offer in the raffle outside the main ballroom, behind which Hargrove suspended the logos of the night’s top sponsors.
Photo: Tony Brown/Imijination Photography 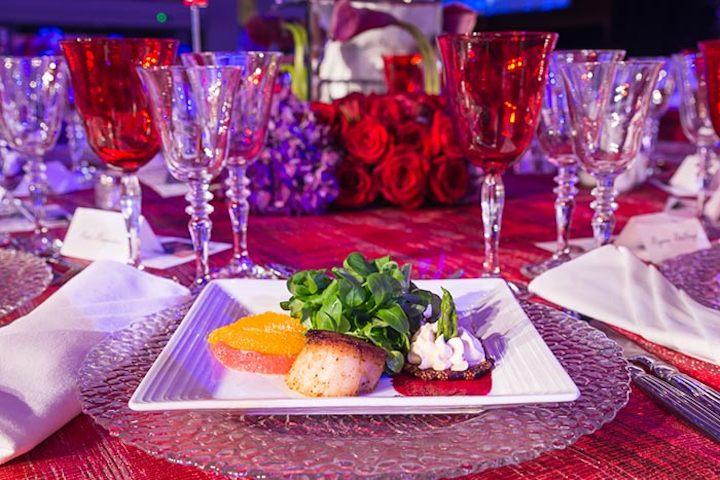 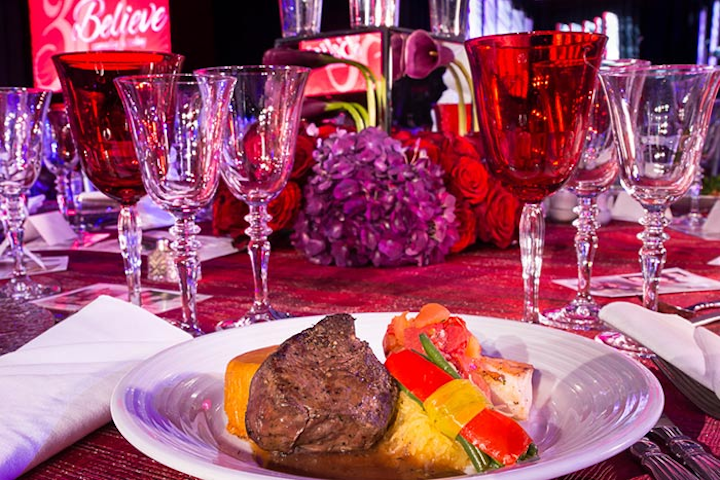 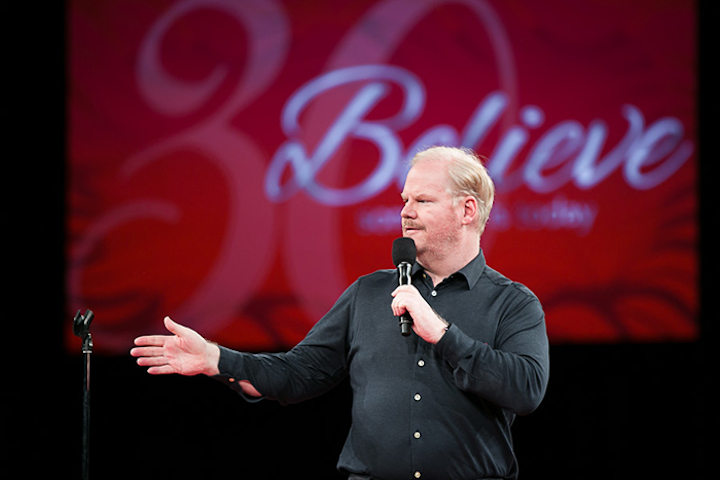 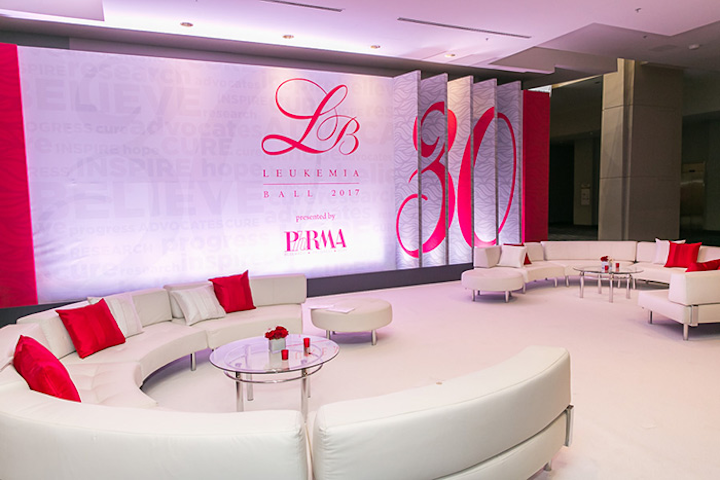 An all-white lounge featured accents of red in the flowers, pillows, and signage. The space provided a respite for guests waiting for the valet at the end of the evening.
Photo: Tony Brown/Imijination Photography 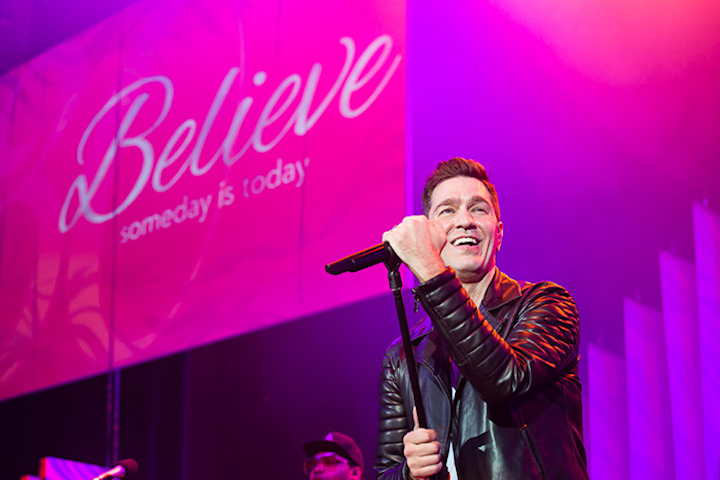 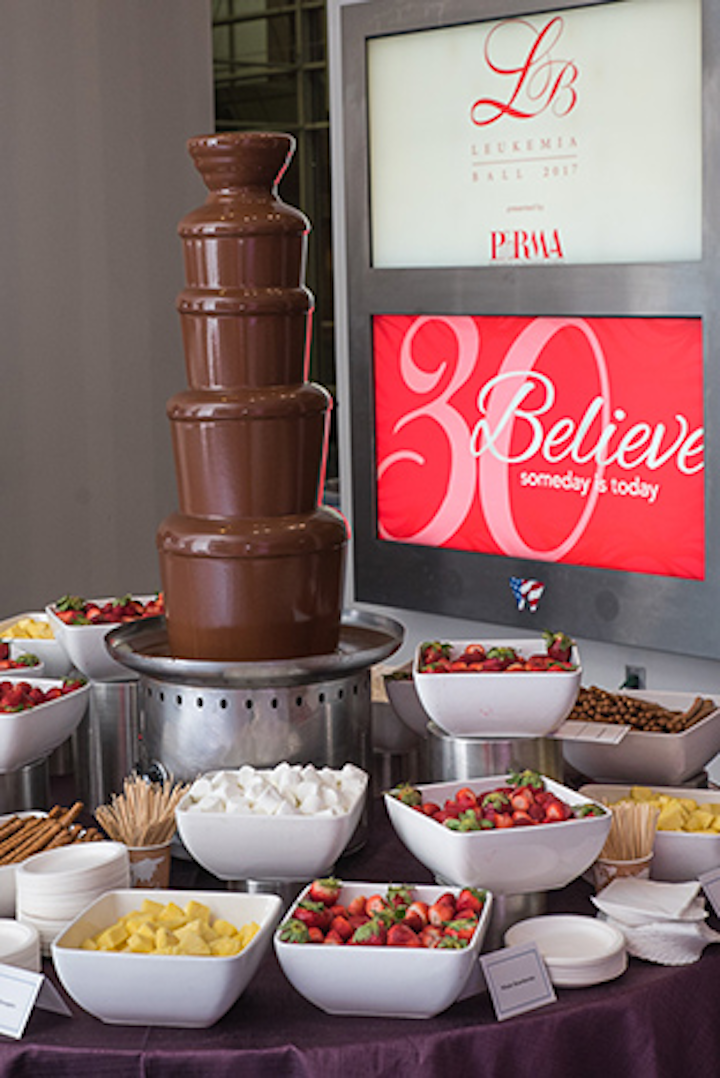 In the valet lounge, the Chocolate Chick set up a chocolate fountain with marshmallows, pineapple chunks, strawberries, and pretzel sticks for dipping.
Photo: Tony Brown/Imijination Photography
More in Production & Strategy