Here are the songs that that will set the right tone at events this season, from holiday parties to New Year's Eve. 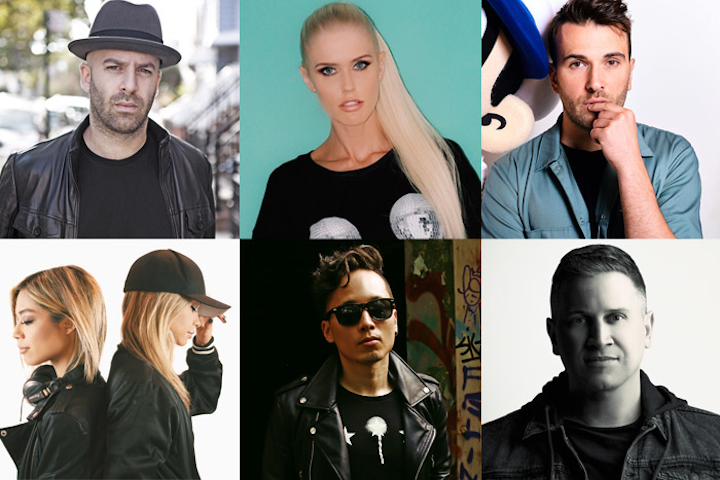 Choosing an appropriate playlist for a holiday or end-of-year party isn't always the easiest task. With corporate and social bashes ramping up this month and continuing into the New Year, BizBash asked some of the top DJs in the U.S. what songs they're spinning—as well as advice on songs to avoid.

Tracks for playlist-curator inspiration this year include hip-hop and pop hits from Cardi B, N.E.R.D. and Rihanna, and Maroon 5 and SZA, along with holiday classics from Mariah Carey, Run-D.M.C., and Wham. But playlist curators might want to rethink including certain well-known songs from artists such as Taylor Swift, Baha Men, and Billy Ray Cyrus. And in the wake of the national conversation on sexual harassment and assault, planners might just want to avoid playing the traditional (if a little creepy) "Baby It's Cold Outside."

Tracks recommended by DJs can be found on the Spotify playlist at the bottom of the page. (You can choose whether lyrics are appropriate for the company crowd).

Saint Clair (Los Angeles)
Songs to Include:
“Lemon,” N.E.R.D. & Rihanna
“No Limit,” G-Eazy feat. A$AP Rocky and Cardi B
“Plain Jane,” A$AP Ferg
“Bodak Yellow,” Card B
“All I Want For Christmas Is You,” Mariah Carey

Songs to Avoid:
“Juju On the Beat,” Say Hilfigerrr and Zayion McCall
“Look At Me,” Xxxtentacion
“The Star-Spangled Banner”

Sinatra (New York)
Songs to Include:
“All I Want For Christmas Is You,” Mariah Carey
“Lemon,” N.E.R.D. & Rihanna
“What Lovers Do,” Maroon 5 feat. SZA
“Wonderful Christmastime,” Paul McCartney
“No Limit,” G-Eazy feat. A$AP Rocky and Cardi B