Q&A: Former Super Bowl Producer on ‘What to Do When Things Go Wrong’

Former N.F.L. V.P. Frank Supovitz chats about his new book and learning from his mistakes. 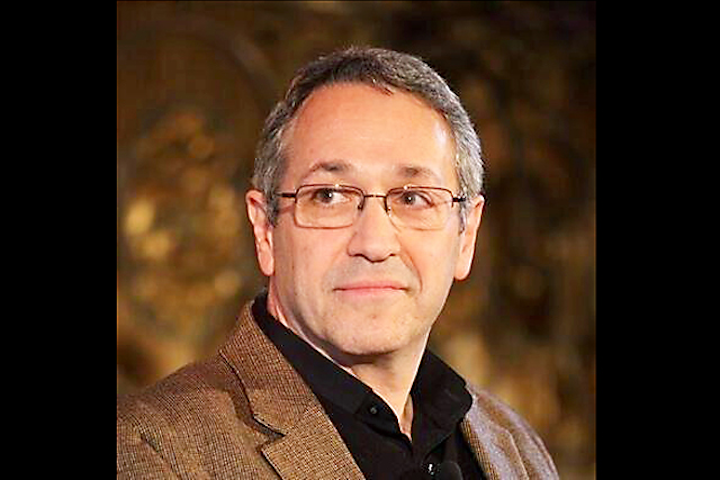 Photo: Courtesy of McGraw-HillIn his new book, What to Do When Things Go Wrong (McGraw-Hill), Frank Supovitz offers readers a “playbook designed to prepare us for the blips, bloops, blunders, crises, and disasters we will inevitably encounter” across all industries, not just events.

As the event producer for major sporting and entertainment events such as the Super Bowl, Stanley Cup, and the Indy 500, Supovitz has experienced his share of hiccups. The most public of which happened during Super Bowl XLVII at the Mercedes-Benz Superdome in New Orleans in 2013—the stadium lights went out. That antidote is a narrative thread throughout the book, serving as a teaching moment, along with non-event-related incidents such as the false ballistic missile alert issued in Hawaii in 2018.

Supovitz, who now runs New York-based event management and consulting company Fast Traffic Events & Entertainment, chatted with us about his new book, which comes out on Friday, the inspiration behind it, and why planners need to "assume nothing, double check everything."

What inspired you to write the book?
About the time I left the N.F.L. to start my own event management practice, I was approached by a number of event industry publications and conferences to speak about my experiences with the league. When I thought about what everybody talked about and everything they accomplished, I thought I should talk instead about something that few people want to talk about, which is how messed up things get along the way, how I could have planned better for them, and how I had managed through them or wished I had managed better through them.... People enjoy hearing how other people mess up. And what I like to tell people is that if you learn more from things that go wrong than things that go right it’s a whole lot better to learn from things that go wrong for somebody else.

In your book, you write about being ready not for everything, but for anything. Can you explain that concept? How do you plan for the unpredictable?
One of the key sections of the book is how you imagine a crisis unfolding. So we’re all, as event people, great planners. We know how to get from point A to point B. We create plans to handle those things. But we don’t necessarily create plans on how to handle something if one of the steps along the way doesn’t go as we had planned. You have to imagine what those possibilities are and then create contingency plans for them. Even before you start planning, you have to start imagining all of the challenges that you might be facing and then how you’re going to handle those things.

One of the things we did when I managed the Super Bowl was a game-day simulation. We called it a tabletop exercise. We hired a facilitator who became familiar with what our plans were and how we were going to do things on Super Bowl Sunday, and he created scenarios where either disaster struck or [there was] some form of challenge to our success. Think of it in terms of how we would do an event. You wouldn’t do a show without a rehearsal. Well this is an operational rehearsal. We’re rehearsing all the decisions that you might need to make in the throes of managing an event.

When we experienced the blackout at the Superdome, we had never actually rehearsed a response to a blackout, to a power failure. We had never done that. But the response to that challenge was similar to the responses that we had rehearsed for other challenges. For example, the first thing that was common to all of those was, what do we tell the public? What do we tell the audience? We don’t want them streaming for the exits. We don’t want them panicking. The first thing we have to do is decide what we’re going to tell them. Had we not done those tabletop exercises we would have never teased out those common responses. We didn’t have to think about it when the lights went out. We had thought about it 10 days before that.

Was Super Bowl XLVII a career-defining moment?
60 Minutes Sports was doing a behind-the-scenes report on how the Super Bowl was put together, and there was a camera and a correspondent standing right next to me the very moment the lights went out. And usually if something goes wrong and 60 Minutes is standing next to you that’s not a good day. But when the report was filed, what [correspondent] Armen Keteyian and his crew saw was how the response was handled. And had that camera crew not been there I would have never had the recollection, the clarity of recollection that the news report did in terms of how things were managed. I would have never remembered any of those details.

Can you share an example of a crisis you didn’t handle well? Something you would have done differently in hindsight?
At the Super Bowl in North Texas in 2011, there was a series of terrible winter storms, and we had a plan that was perfect for a winter storm hitting Dallas the way winter storms are usually expected—you get a day or two of deep cold, you get a big dumping of snow, and then it all melts the next day. In fact, the Dallas-Fort Worth metroplex does not have snow-clearing equipment or salting equipment. They don’t have it because they generally don’t need it. The week of the Super Bowl we had put aside a stockpile of snowmelt material that works perfectly well as long as the temperature is not under 20 degrees. The temperature dropped to five degrees and it stayed that way for a week. The streets were glazed with ice. Schools were closed for a week. It was really difficult to get the teams to practices, the teams to the media, the media to the teams.

One of the things we had done was put the Pittsburgh Steelers in Fort Worth and the Green Bay Packers in Dallas. The reason we did that was because the region wanted to have as many of the local cities involved as possible. They were 40 miles apart, which on any day is just a long drive. When the interstate is covered in ice, it’s dangerous and risky and getting the media and the teams together became a really difficult and very hazardous endeavor. So had I to do over again and had I imagined that that’s a possibility, I would not have put the teams so far apart from one another.

What if nothing goes wrong? Is it easier to evaluate what went wrong than what went right?
If things go well you tend not to do as thorough of a post mortem. I would correct the assumption that nothing went wrong. And assume that whatever did go wrong was not as important or not as bad. After the Super Bowl in North Texas, we did a post mortem that went on for weeks. And what we determined was that there were always things that we did wrong but nobody ever complained about it. [For example,] how we delivered people to the game venue. People were dropped off too far away. We never actually considered the distance that people had to walk from wherever their cars were parked. And because people never brought that to our attention in previous years we didn’t know about it. When we started to ask broader questions about where we could improve after things had gone really badly we discovered places that we could improve that were not as acutely felt in years when things seemed to go right.