"Creating a detailed invitation in the autumn, which describes an event that is nine months away, is a major challenge," event co-chairs Claudia Lane and Bobbie Denison explained in a collaborative e-mail before the event.  "The crucial element of the invitation is who will perform with the Chicago Symphony Orchestra as the gala star. Once Ravinia Festival makes that decision, the gala committee can go to work."Once international opera star Kiri Te Kanawa had been confirmed as the gala's performer, the challenge became "how to create an elegant outdoor event highlighting the Ravinia Festival park and the headliner star of the evening's program," the co-chairs said. To help them create an appropriate atmosphere, the women's board enlisted the services of Kehoe Designs. In developing a design scheme, the Kehoe team looked to Old World France and its tradition of grand opera for inspiration, basing the gala's color scheme on a publicity shot of Te Kanawa that features the soprano wearing a shimmering black dress and lounging on a red sofa.

But before they could begin setup, the designers and the planning team had to construct a schedule that carefully sidestepped any conflict with Ravinia's other summer happenings. A sold-out Beach Boys concert was held on Monday night of gala week, meaning the event staff could not begin erecting the gala marquee tent until the next day because they could not have an incomplete tent in the middle of the park—the space was needed for the lawn crowd." The planning crew also had to take the Chicago Symphony Orchestra's rehearsal schedule into account, devising a schedule that would prevent noisy tent setup from interfering with the musicians' practice time.

A final consideration that planners had to prepare for was the unpredictable summer weather. Since the Ravinia gala is held outdoors, rain and heat alert plans need to be in place each year. This year, the skies stayed sunny throughout the evening, though an afternoon downpour left puddles on the ground.

By Saturday evening, everything was in place, a result that the co-chairs chocked up to "the excellent support of our vendors and the Ravinia Park crew." During cocktail hour, guests had hors d'oeuvres and summery cocktails in tents filled with candle-flecked highboys strewn with red rose petals. In the dimly lit gala marquee tent, gold Chiavari chairs skirted dinner tables draped in gold linens. Place settings featured ivory dinnerware and French stemware, and elevated floral arrangements, housed in old-fashioned gold urns, combined red orchids and belle rouge roses. At the entrance of the tent, an elevated ramp covered in black AstroTurf allowed guests to come and go without stepping on the sodden ground. 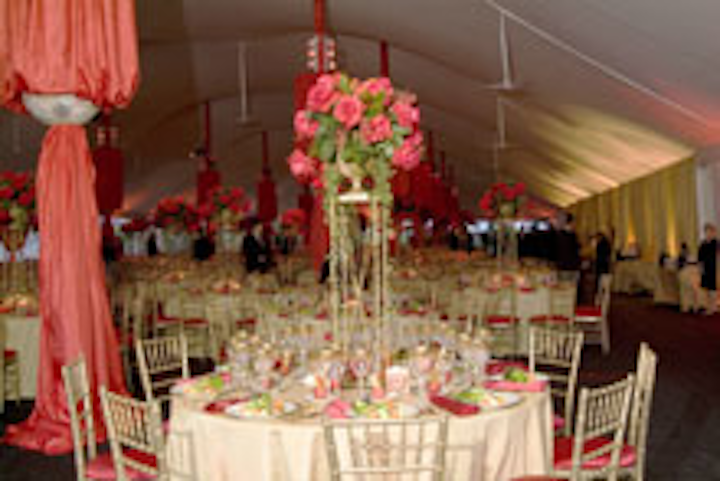 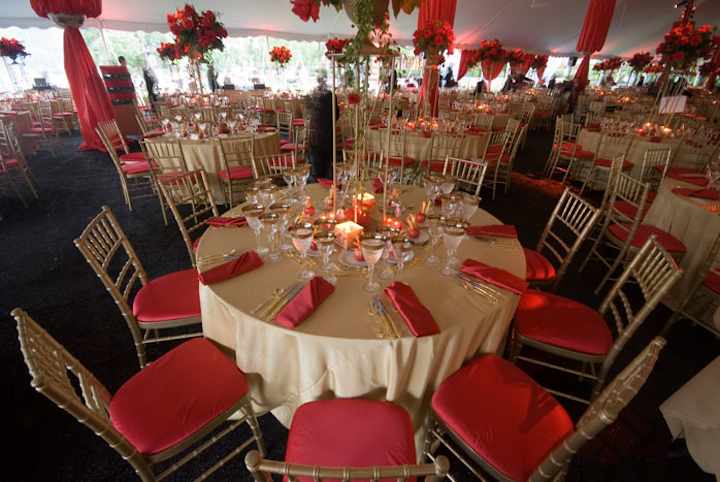 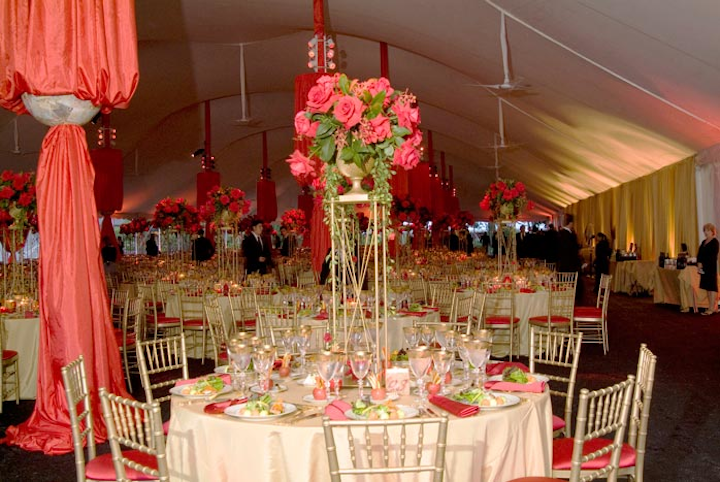 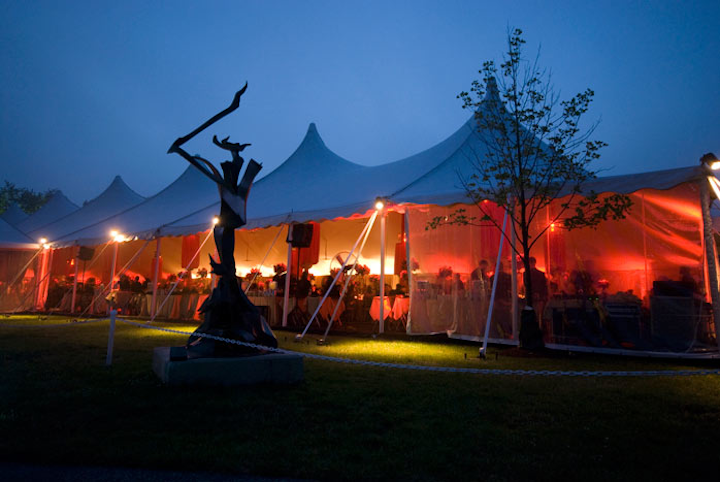 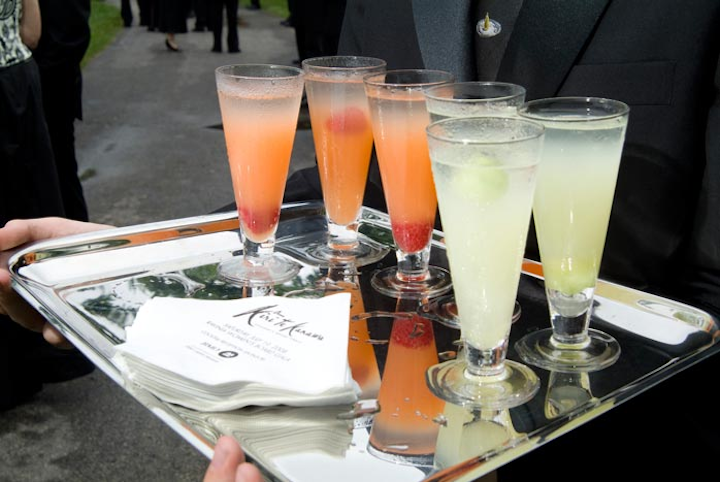 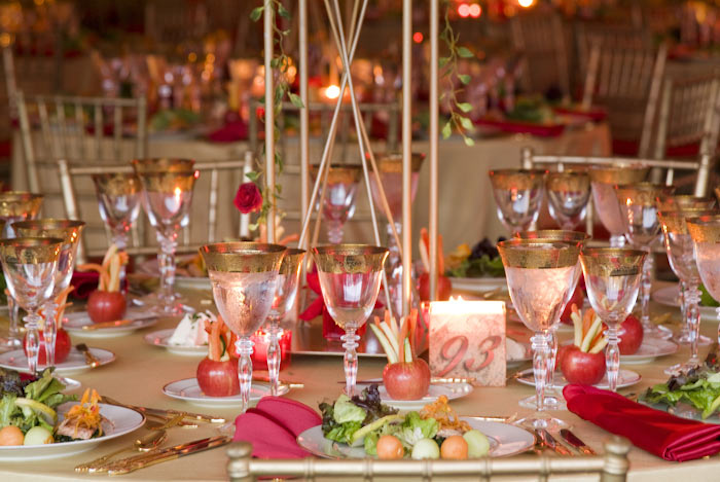 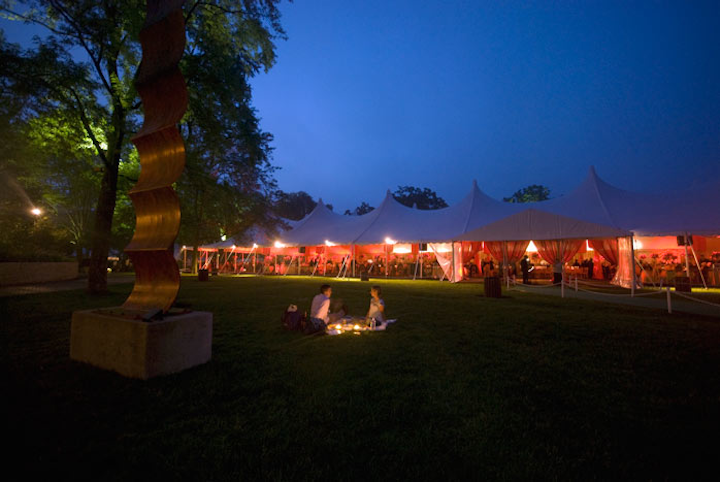 Lawn tickets for the performance were available for $10, and some guests not associated with the gala held picnics outside the dinner tent.
Photo: Patrick Gipson
More in Programming & Entertainment