A group of more than 250 runners accompanied by a law enforcement motorcade carried the Special Olympics torch throughout Los Angeles as part of a local stop on a global program.

The torch, with about 250 runners and a law enforcement motorcade, made its way along an ambitious course throughout the Los Angeles area, making stops at such city landmarks as the Santa Monica Pier; Grauman's Chinese Theatre; the Los Angeles Coliseum, where Mayor Antonio Villaraigosa posed for snaps; and finally to L.A. Live, where Dwayne Johnson greeted the group and delivered a keynote address. The day wrapped with a reception at the Conga Room.

"It was quite an effort to compose the route, secure the venues, and execute an undertaking of this scale. I had meetings with the chiefs of police for  different regions throughout the greater Los Angeles area, the department of transportation, and various other municipal agencies involved," said producer Moller, who added, "Working with the torch run for the Special Olympics Southern California is the type of event that makes what we do as event producers in this industry matter. During award season, it was an opportunity to give a voice to a [different] group of people." 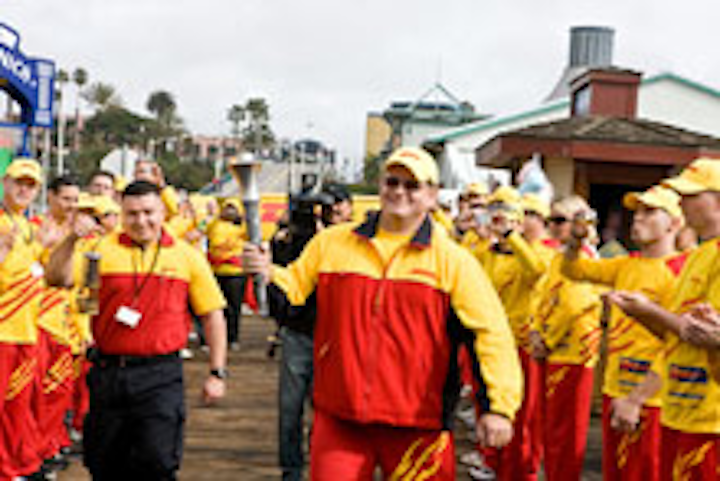 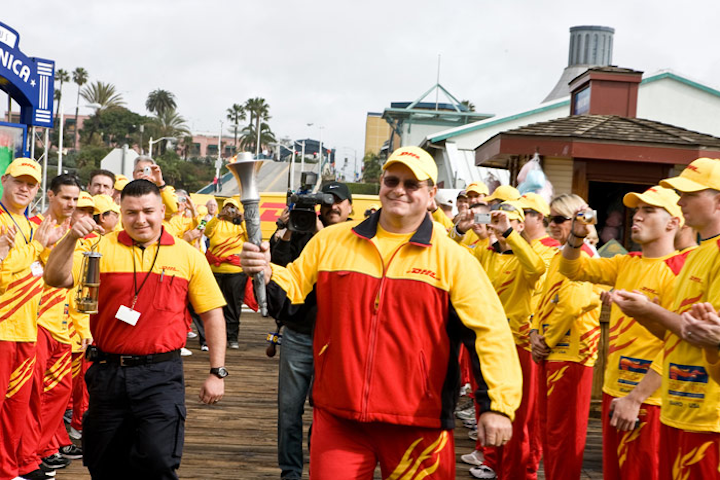 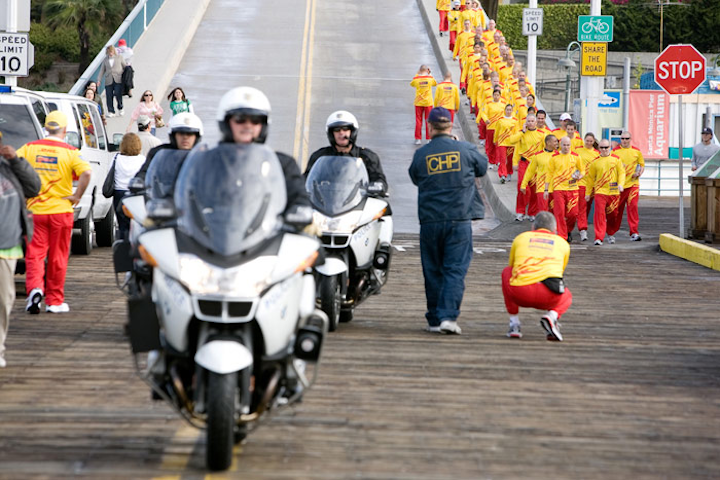 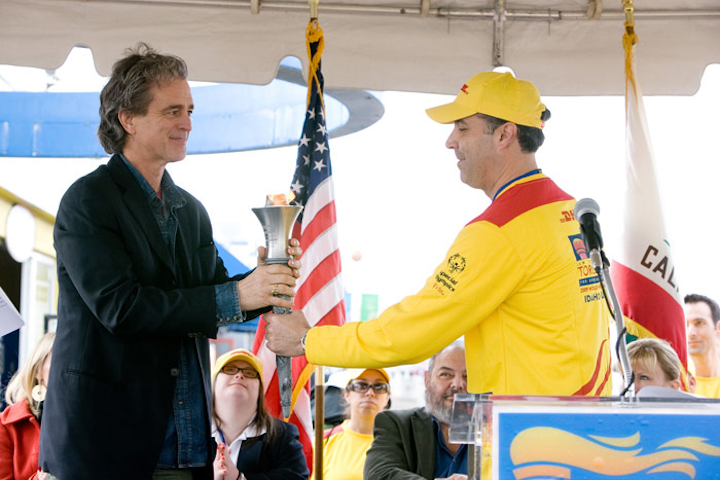 The torch made its way through the Los Angeles area on Saturday.
Photo: Ralph Alswang 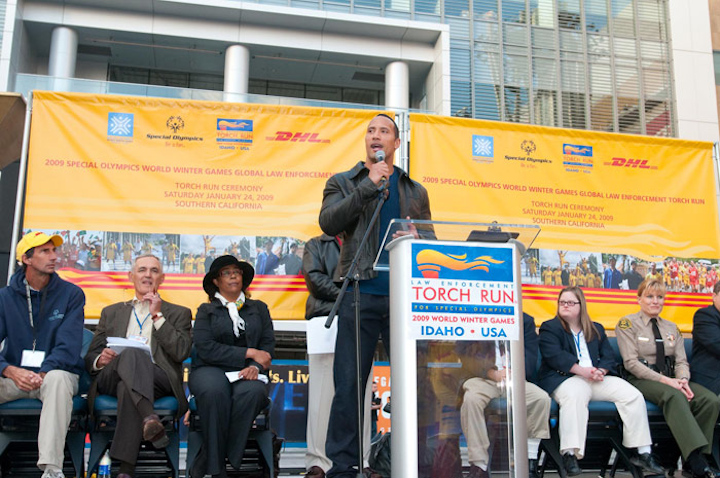