To kick off the 2009-10 season and its "Electric" theme, the Toronto Symphony Orchestra dubbed its opening night gala and after-party at Roy Thomson Hall on Thursday “An Electric Affair.” The evening, which included a concert by violinist Joshua Bell, who performed Brahms’s violin concerto, also marked the inaugural event for the orchestra’s new Young Professionals Group—an initiative aimed at those under 40 and designed to develop the next generation of supporters and volunteers for the T.S.O.

Kim Neil, the T.S.O.’s manager of stewardship and events, worked with staff and the opening night committee to plan the event, which included various components for the two groups of attendees. “I sat down with our marketing department back in the spring to develop a theme for the evening," she said. "We really try to focus on the music to inspire us. We thought of Vienna and the French Alps, but we wanted to make sure our event theme fit with the season."

The T.S.O. called on Scott Koch at Spinradius Events to translate the evening's theme throughout the concert venue. Spinradius uplit the bars in blue, wrapped pillars with blue neon lights, and created two seating sections; one with a large caterpillar couch and coffee tables—topped with white-and-blue flower arrangements from Tidy's Flowers—and another with communal tables topped with electric plasma balls. “The decor appeals to different demographics,” Neil said. “And, it fits within our organization’s strategy for the season. There’s a lot of great energy—we’re mixing in a lot of electric components.”

About 100 members of the Young Professionals Group arrived for pre-concert cocktails at 7:30 p.m. The two groups attended the performance and had the opportunity to connect and mingle during the intermission, which included a dessert reception with items like French pastries and blue macaroons and marshmallows. Young Patrons’ members wore glow-in-the-dark blue bracelets so the symphony’s other patrons could identify them, Neil said.

Following the concert, the T.S.O.’s regular patrons attended a post-show reception in the north lobby while school buses transported Young Patrons to the Spoke Club on King Street West, where Stacey Cynamon and Celia Tracy—partners in the new decor rental company Lounge Rentals—dressed the upper level and patio with white furnishings, mirrored tables, crystal candleholders, and Moroccan lanterns. Footage from the T.S.O. played throughout the venue, and attendees had the opportunity to mingle with guest artist Joshua Bell and T.S.O. musicians. 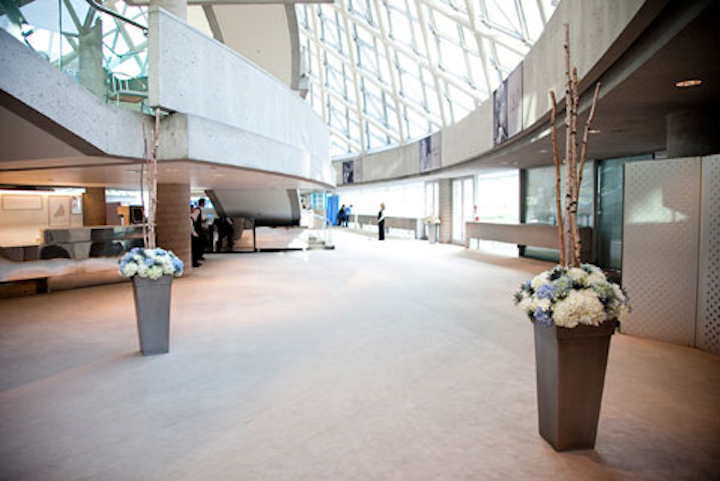 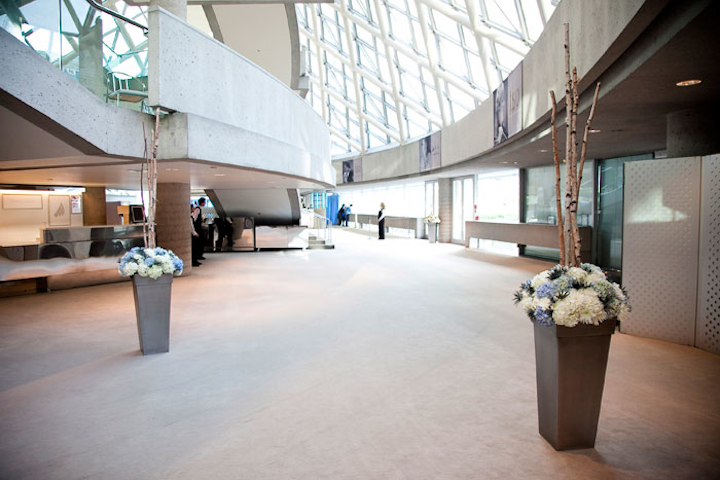 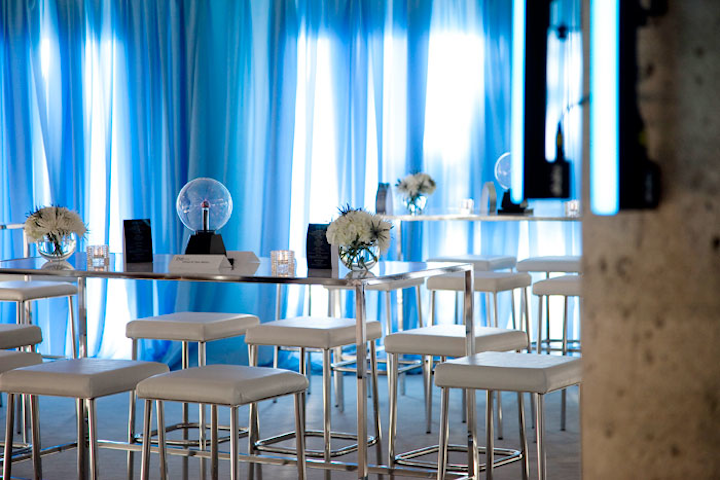 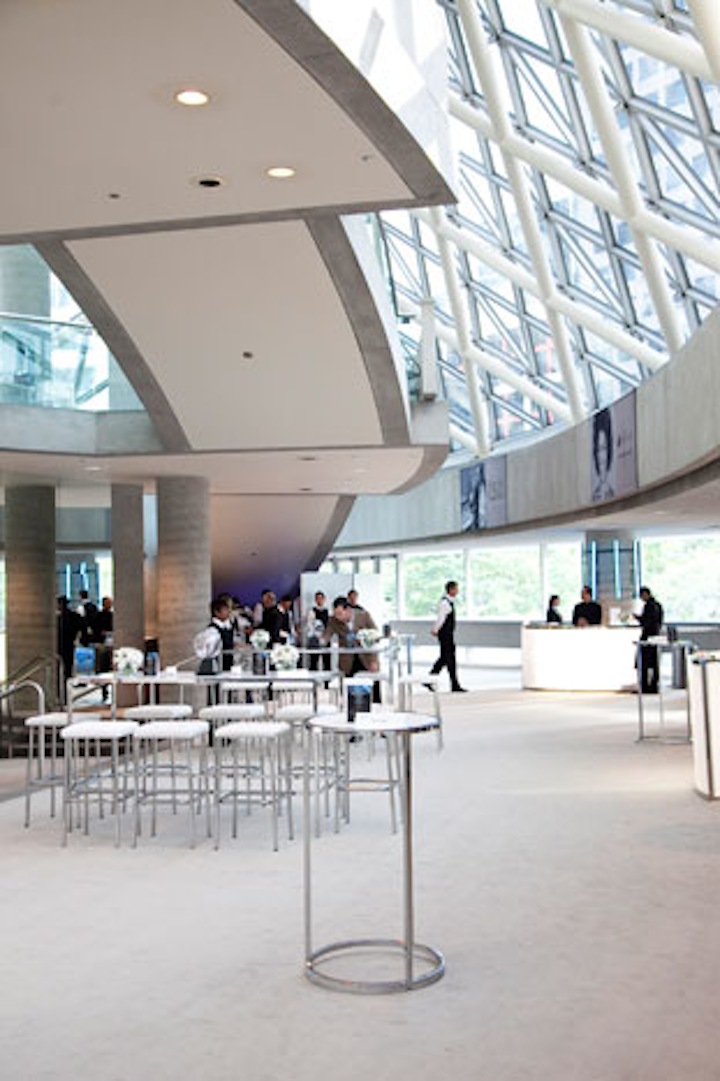 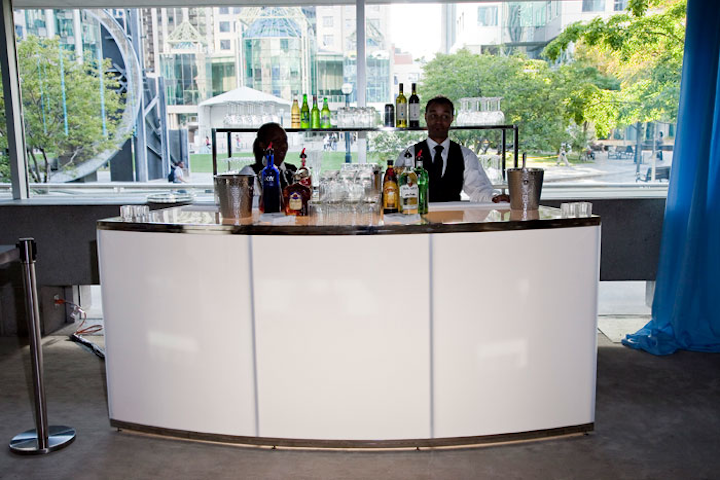 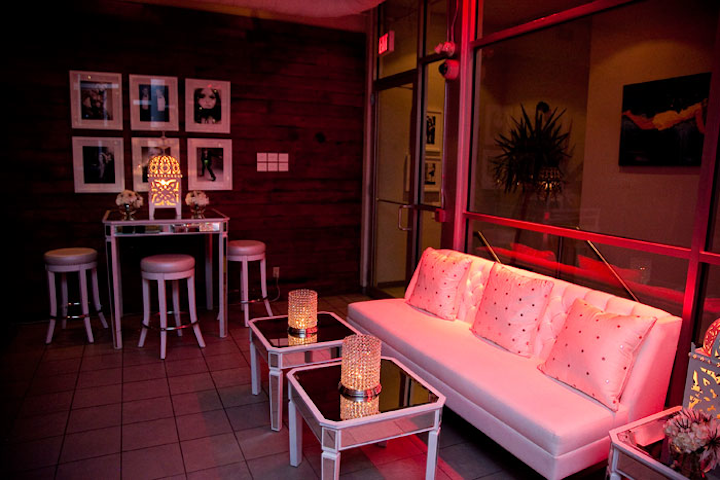 White furnishings and mirrored tables from Lounge Rentals Inc. filled a space known as the Glass House, on the fifth floor of the Spoke Club.
Photo: George Pimentel 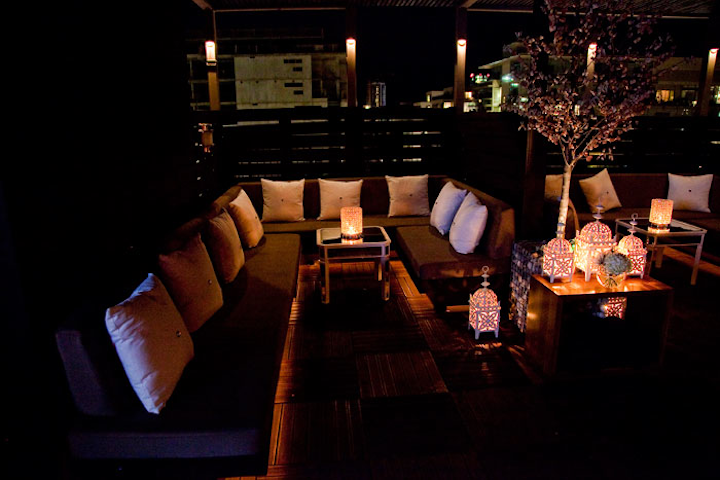 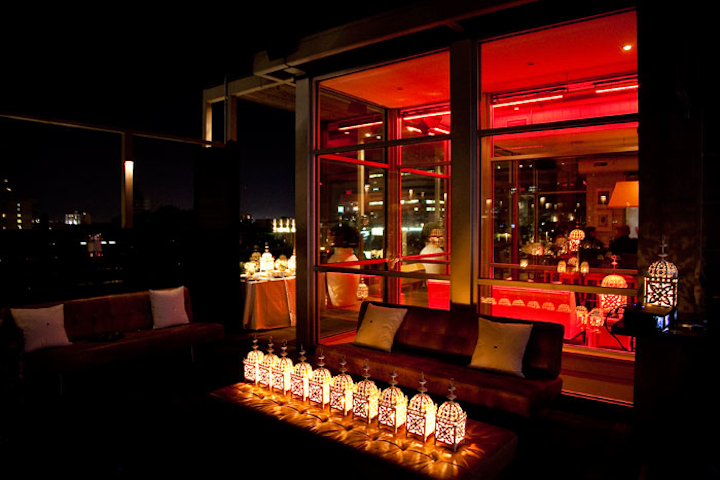