The National Capital Area chapter of the Leukemia and Lymphoma Society celebrated its 25th annual Leukemia Ball this Sunday at the Walter E. Washington Convention Center on Saturday, raising more than $3 million in the fight against blood cancer and drawing 1,800 guests.

Decor at Saturday’s event sparkled with silver accents to a black-and-white color scheme for the gala’s silver anniversary, inspired by this year’s “A Toast to Making a Difference” theme.

“We realized that in 25 years we had made great strides,” said Gabrielle Urquhart, executive director of the chapter, who worked with Julie Hanson of Hanson Productions to produce the event. "The $45 million raised has made a great difference to the patient population, from the research we’ve accomplished, our advocacy efforts, as well as education of local patients. We felt like we needed to raise a glass to toast the work that had been done and to thank the people who made it possible."

Elegant details in the reception area included strings of crystal beads hung in the shape of champagne glasses and a chandelier created out of top hats, with large photo frames highlighting images from 25 years of Leukemia Ball. “It’s the full experience from curbside,” said Carla Hargrove McGill of Hargrove, which has worked on the gala's decor since its start. In the dining room, 175 tables were draped in black and white fabrics from DC Rental and white floral arrangements of French tulips, hydrangeas, and orchids from Exquisite Design Studio. Select tables included accents such as black and silver sequined tablecloths and graphic black candelabras.

All co-chairs from the past 25 years received recognition at the beginning of the evening’s program, which started at 7:45 p.m. This year marked the debut of the James L. Eichberg Lifetime Achievement Award, established in the memory of the longtime supporter and volunteer. The recipient was Kevin Fay, a 15-year Leukemia Ball Executive Committee member.

In addition to the more than 400 items at the silent auction, which raised about $300,000, Mercedes-Benz participated for the 16th year, raffling off two cars during the program. The raffle raised $450,000 with 5,000 tickets printed and priced at $100. The grand-prize winner—absent from the event—was notified via voicemail from this year’s comedy guest Sinbad and emcee Cynné Simpson of ABC7/WJLA-TV, who phoned from the stage to give him the good news. 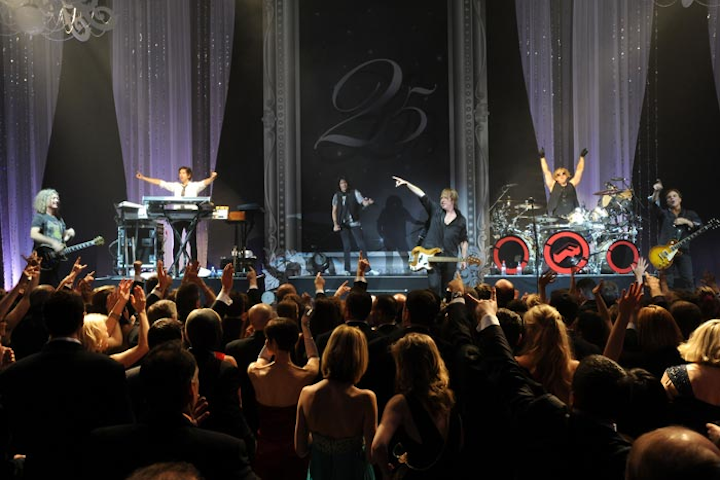 Foreigner closed the show with a performance on the main stage.
Photo: Neshan H. Naltchayan for BizBash 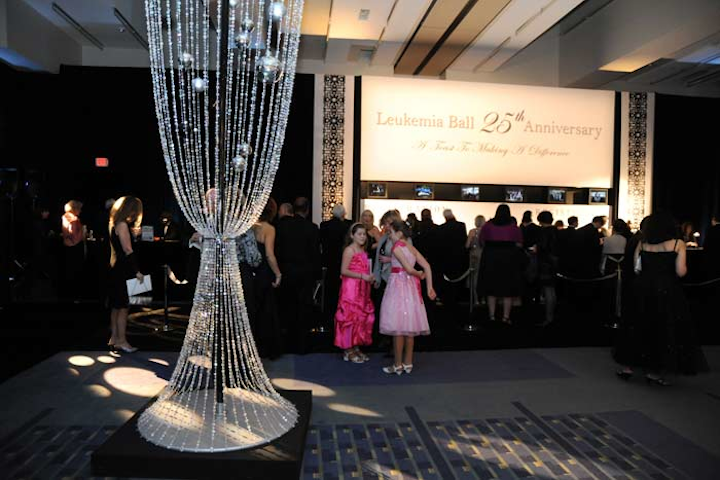 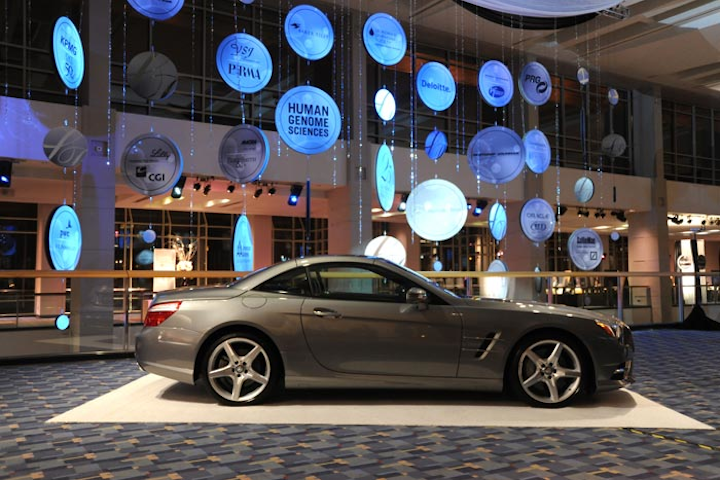 Automobiles from Mercedes-Benz were showcased throughout the venue, including in front of a mobile displaying the event's sponsors.
Photo: Neshan H. Naltchayan for BizBash 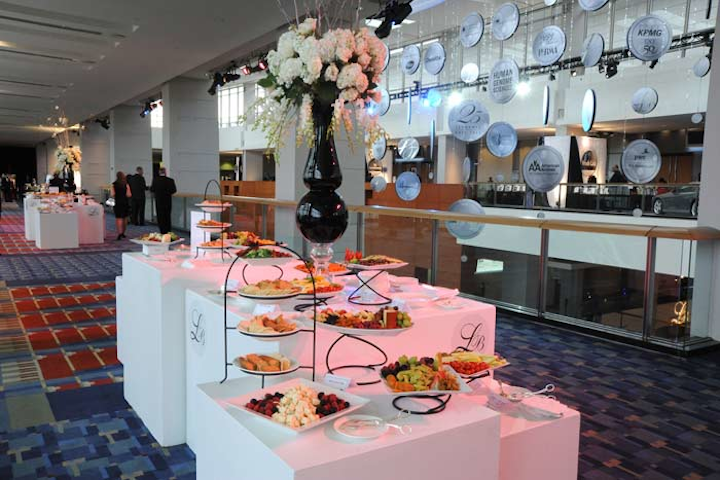 Guests grazed on a crudité spread in the silent-auction area before dinner.
Photo: Neshan H. Naltchayan for BizBash 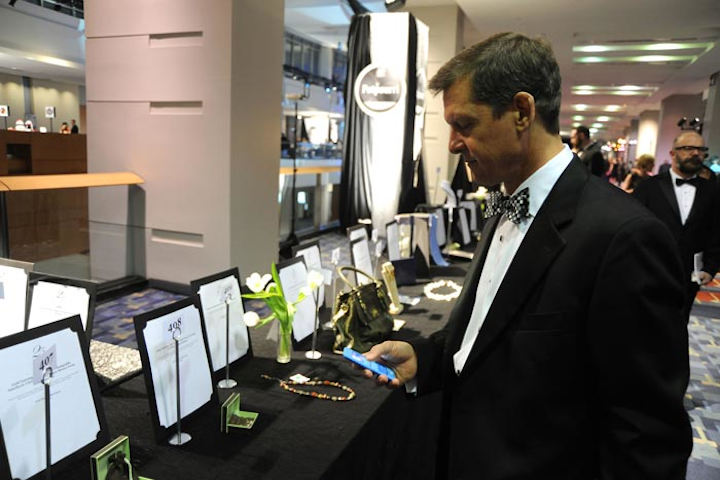 Guests used BidPal to bid on the more than 400 items, including an extensive array of travel, at the silent auction.
Photo: Neshan H. Naltchayan for BizBash 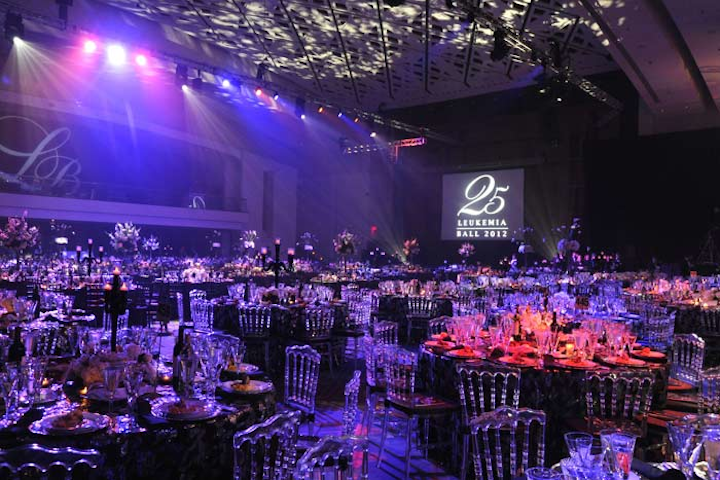 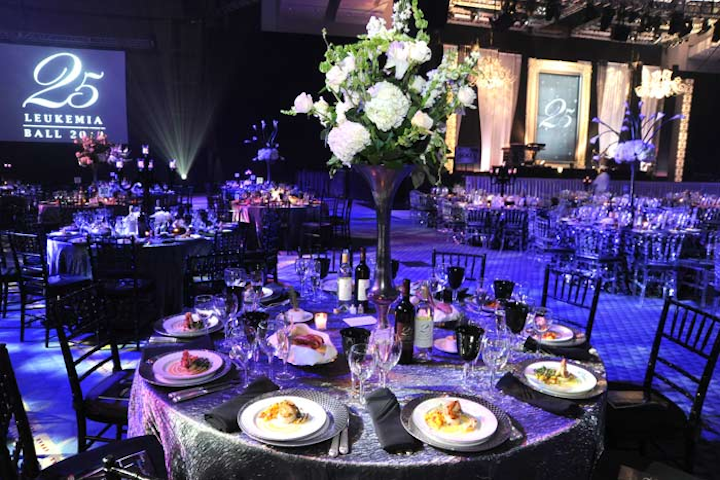 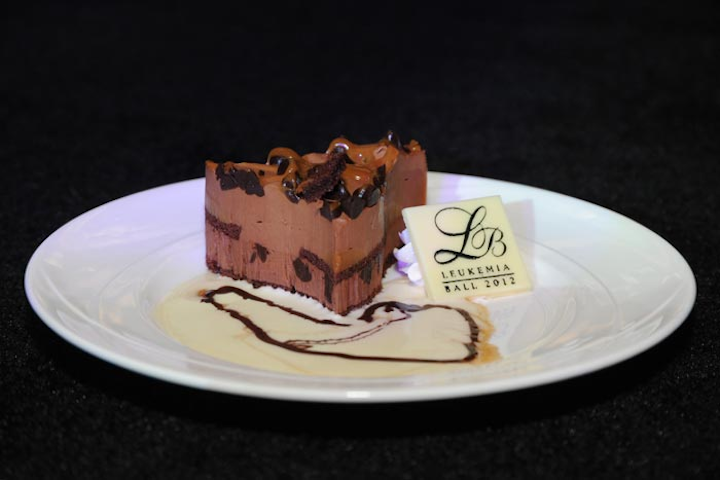 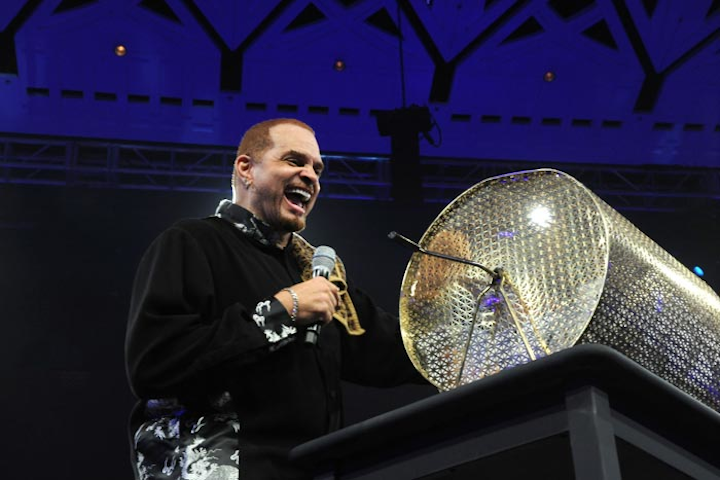 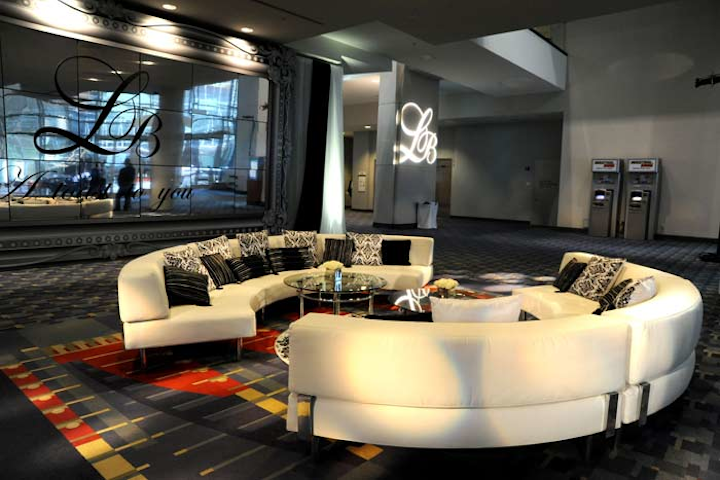 A lounge area near the valet exit provided a place for guests to wait and eat desserts from a chocolate fountain while waiting for their cars.
Photo: Neshan H. Naltchayan for BizBash
More in Programming & Entertainment