Summit Entertainment treated its wildly enthusiastic young adult fan base to surprise perks and access at the movie's premiere.

Summit Entertainment's Divergent, the latest hotly anticipated offering in the young adult film genre, premiered on March 18—eventually topping the box office with $56 million in sales its first weekend. To go along with the simultaneous three-theater screening in Los Angeles's Westwood Village for 5,000, Chad Hudson Events produced an ambitious interactive fan experience and live performance on the red carpet, plus a tented after-party at the Hammer museum and the street behind it.

Summit Entertainment president of worldwide marketing Nancy Kirkpatrick, senior vice president of publicity Eric Kops, and director of national publicity Amanda Boury oversaw the program, which was intended to harness the power of the wildly enthusiastic fans. That meant engaging and entertaining the teens, rather than keeping them on the sidelines.

Corralled fans who arrived at the event for the red carpet arrivals—which were also streamed live online by Yahoo and into the three theaters for guests—got a surprise after the final cast member made an entrance: organizers then opened up the fan pens and let the assembled throng, which Hudson estimated at around a couple of thousand, stream onto the carpet itself. There, they were treated to a live performance by Zedd, who played music from the movie's soundtrack. (The back wall behind the arrivals carpet dropped to reveal the hidden stage.)

"They made sure they took care of the fans," Hudson said. "It was super exciting to see how excited the fans got to actually go onto the red carpet and be right at the center of all the energy."

And not only did the studio give fans the surprise concert, but Summit also handed out passes to a midnight screening of the movie in the very theaters where the stars sat for the premiere just hours before.

If the strategic approach sounds familiar, it’s because it was a similar setup to the Twilight series’ New Moon premiere, from the same studio and production team in 2009—an event that gathered so much steam, organizers eventually moved premieres for the film's franchise's following installments downtown and actively moved to capitalize on what started as organic fan engagement. That move eventually culminated in a sanctioned camping frenzy worth tens of millions in PR dollars. 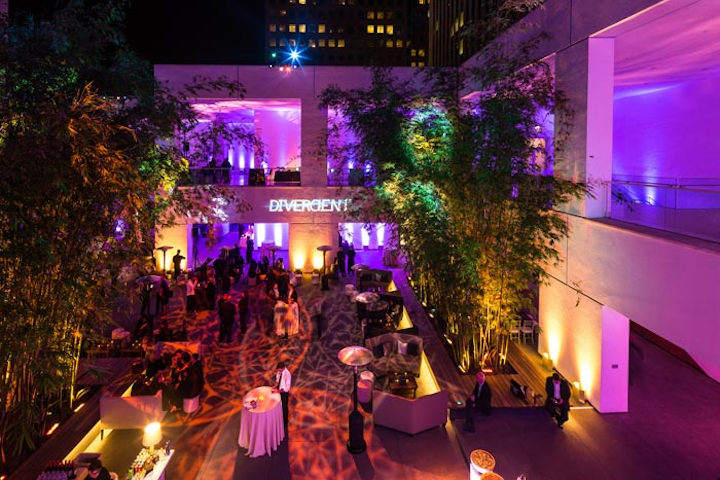 Summit Entertainment's Divergent premiered on March 18 with screenings in L.A.'s Westwood Village for 5,000 guests and a tented after-party at the Hammer museum.
Photo: Sean Twomey/2me Studios 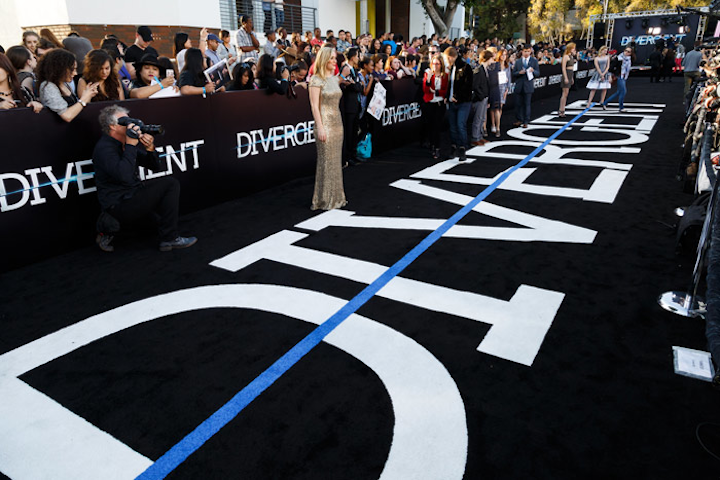 The arrivals carpet, which was black with an inset of the movie's logo, saw actors like Shailene Woodley, Theo James, and Kate Winslet pose for photos before the premiere screening. Later, a swarm of fans gathered in the same space for a live performance.
Photo: Sean Twomey/2me Studios 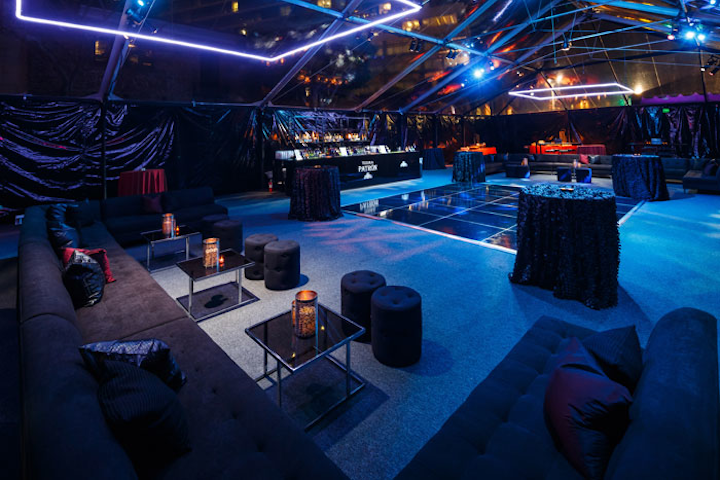 The party took over the Hammer and a tented space in the adjacent street.
Photo: Sean Twomey/2me Studios 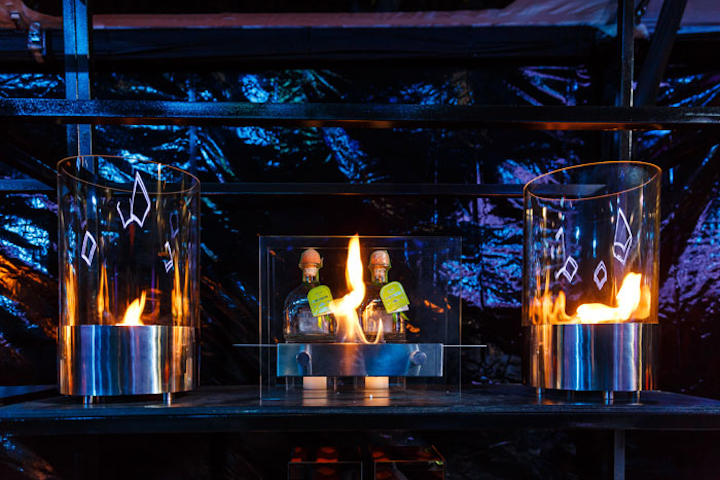 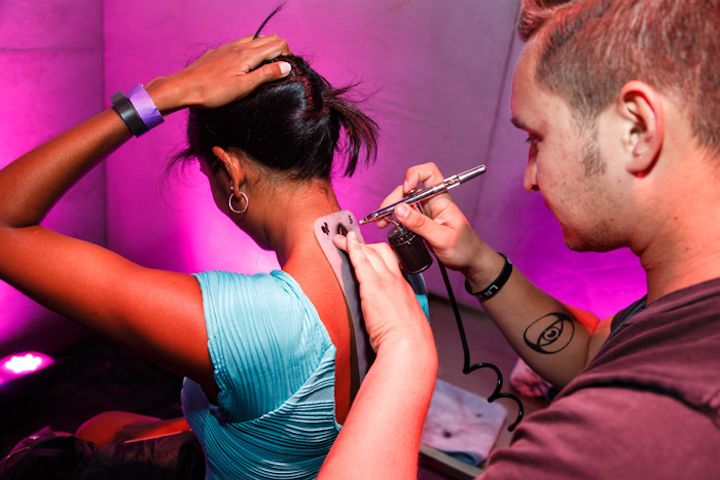 Attendees of the Divergent premiere went home with temporary tattoos, a visual inspired by the movie, in which tattoos figure prominently.
Photo: Sean Twomey/2me Studios
More in Programming & Entertainment