More than 2,000 event and meeting professionals gathered at the Jacob K. Javits Center on October 25 for the return of BizBash Live: New York, a trade show, conference, and experience offering ideas, connections, and resources to create memorable events.

Upon entering the venue, attendees were greeted by a 40-foot colorful balloon installation created by All About Balloons. Guests used new "airport-style" self-check in kiosks by Choose2Rent and Boomset, then went to either the exhibit floor or to education sessions featuring notable event industry pros.

A new element for the New York show was a chatbot, dubbed Betty the BizBash EventBot. Created by Eventbots by Sciensio, the AI technology allowed attendees to ask questions about the event via text message, Facebook Messenger, or a widget on the show’s website before, during, or after the event. Automated answers came immediately, while the system sent more complex questions to onsite staff members. Betty was also part of BizBash Live events in Fort Lauderdale and Los Angeles earlier this year, and the system grew smarter with each event.

At the front of the exhibit floor, an installation by Simon Elliot Events allowed guests to sit in a red Ferrari and sing karaoke as cityscapes appeared a green screen behind them. Other "AHA Moments" spread throughout the show included a crowd-sourced painting from Art of Everyone and a 360-degree photo booth from NYC Photo Party.

Nearly 150 exhibitors packed the show floor. In between entertainment acts on the Exhibit Floor Stage, which was complemented by an LED backwall by 1 Way Audio Visual Services, DJ Herbert Holler played today’s hottest tracks. An expansive exhibit floor lounge was furnished and designed by Party Rental LTD. Additionally, all attendees had access to the presentations on technology and event trends on the Lounge & Learn Stage.

Bookending the event were two parties. The kick-off party at Rosewood Theater featured an interactive gaming activation from GameBuzz as well as live performances from 45 Riots. Following BizBash Live, attendees headed to Bagatelle’s flagship location in the meatpacking district for the after-party. The venue severed appetizers and a selection of beverages, while Artémix Entertainment applied glitter tattoos in a variety of colors and designs such as lips, fangs, and diamonds.

BizBash Live returns in 2018 to South Florida on May 16, Los Angeles on July 18, and New York in the fall. Click here to make sure you’re on the list, or click here to learn more about sponsorship and exhibiting opportunities. 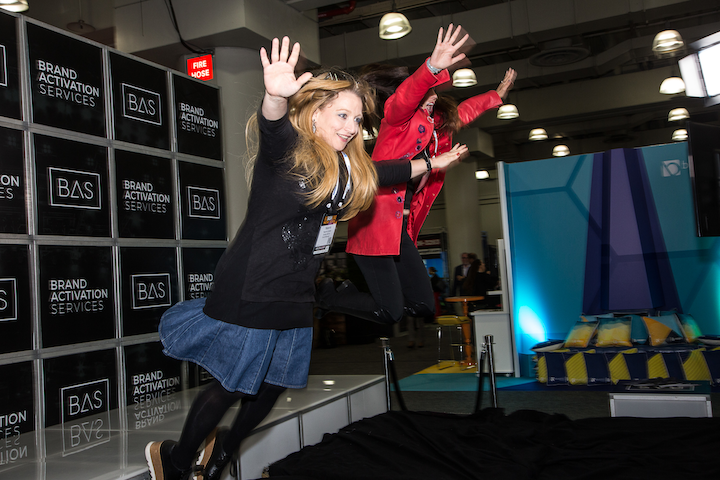 Attendees dove off of an elevated stage for an interactive photo op by Simon Elliot Events.
Photo: Michael Scott for BizBash 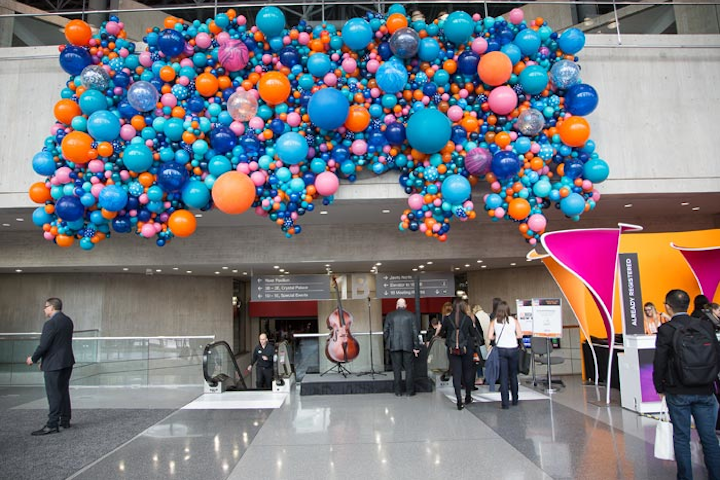 All About Balloons created a colorful installation to greet guests as they entered the exhibit floor.
Photo: Michael Scott for BizBash 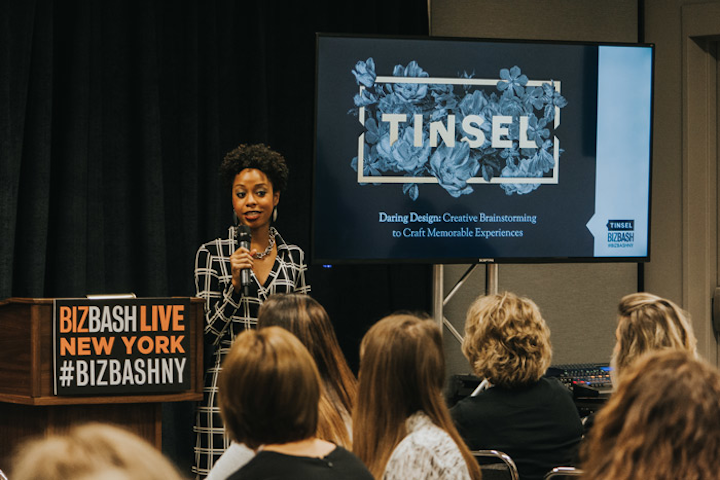 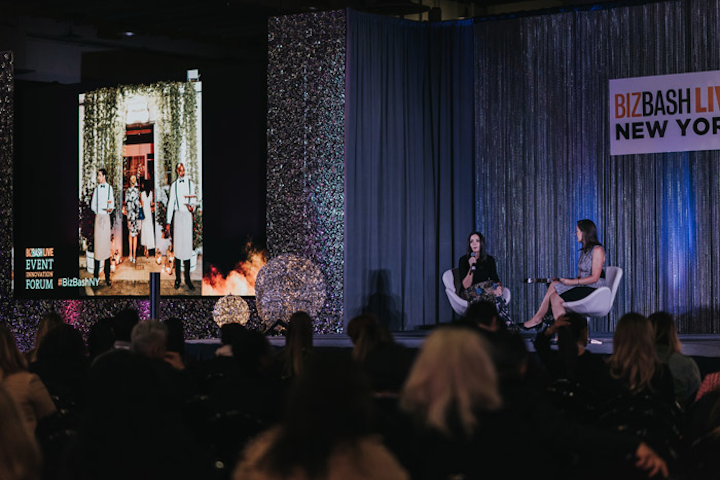 Goop's Colleen Kennedy Cohen shared how the lifestyle site translates its brand into events during an interview with BizBash editor in chief Beth Kormanik during the Event Innovation Forum in the Pernod Ricard Theater.
Photo: Elizabeth Hand for BizBash 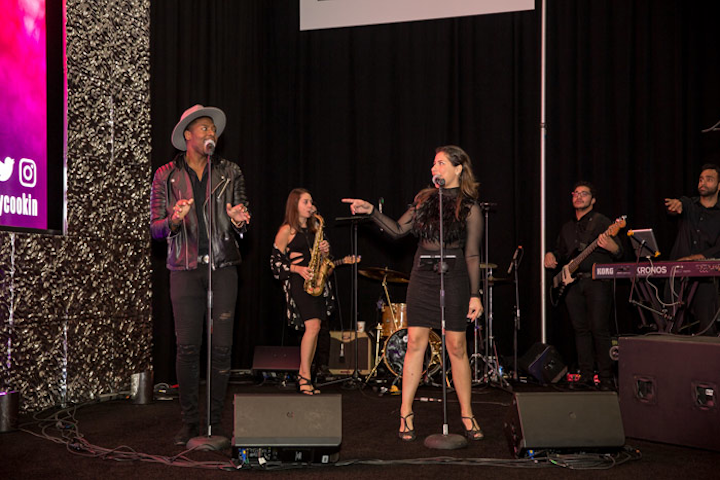 The New Millennials, from On the Move Events and Entertainment, entertained the Event Innovation Forum and Wedding Forum audience with renditions of current hits.
Photo: Mark Doyle for BizBash 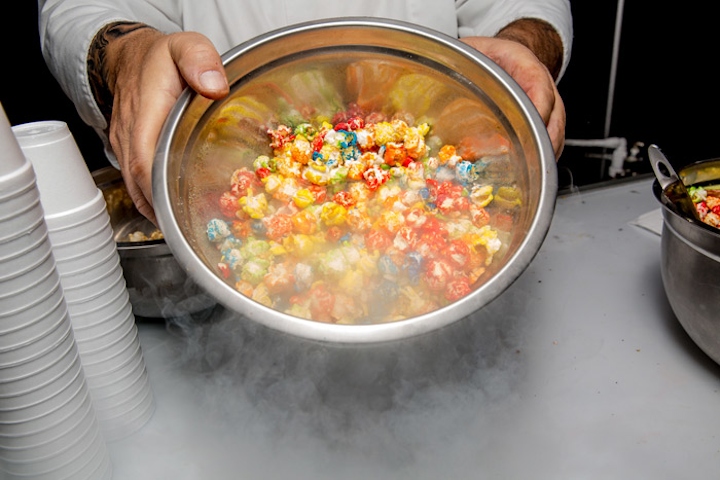 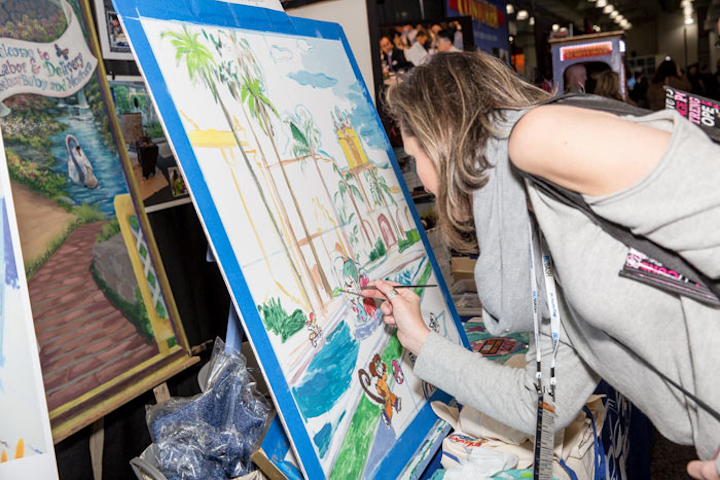 Attendees collaborated to create a work of art.
Photo: Mark Doyle for BizBash 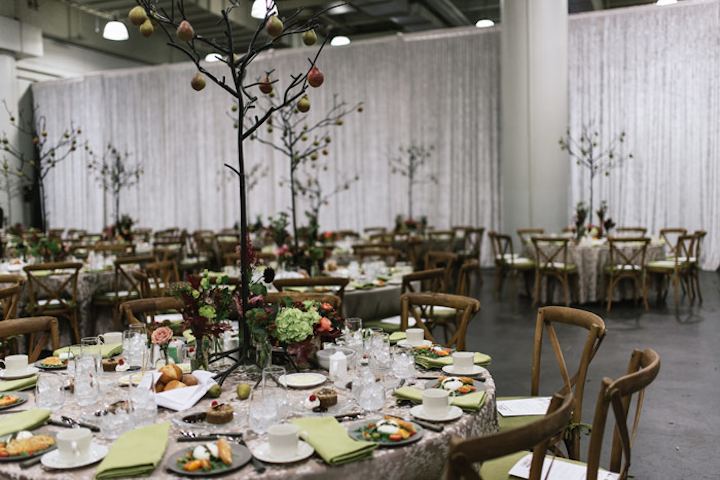 Bardin Palomo designed an area of the convention center used for a networking lunch.
Photo: Elizabeth Hand for BizBash 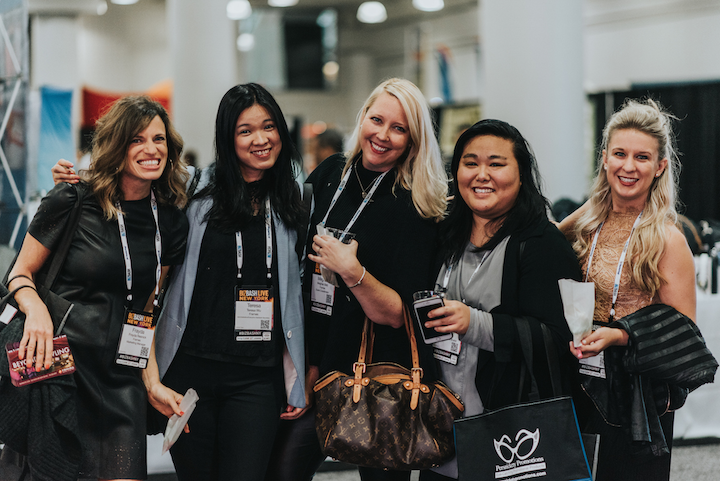 More than 2,000 event professionals attended the event for a day of ideas, inspiration, and networking.
Photo: Elizabeth Hand for BizBash 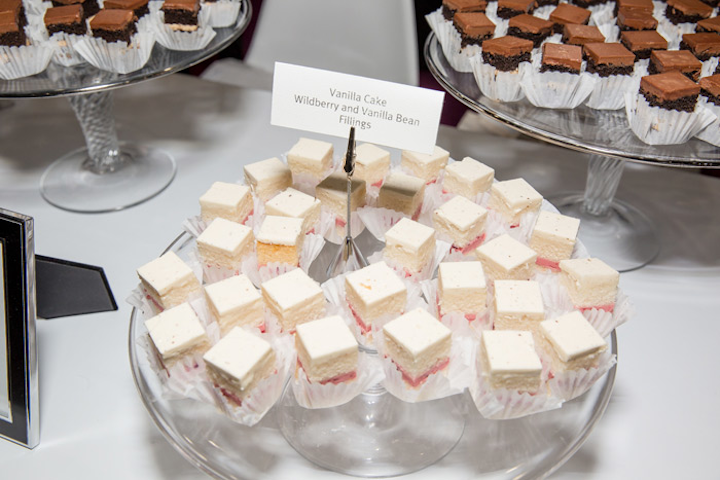 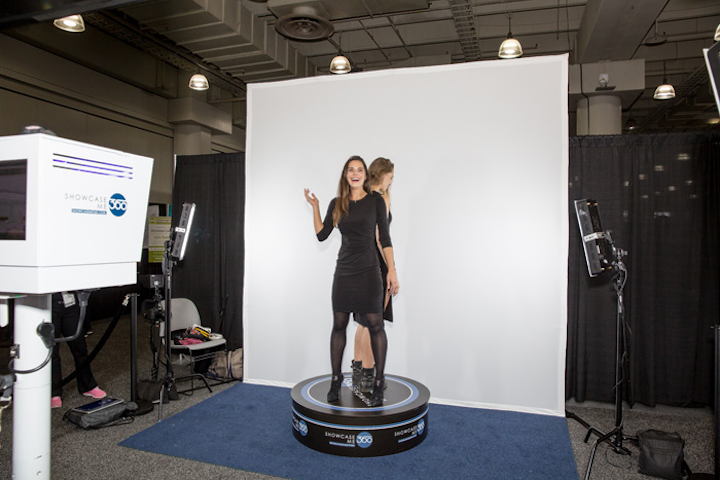 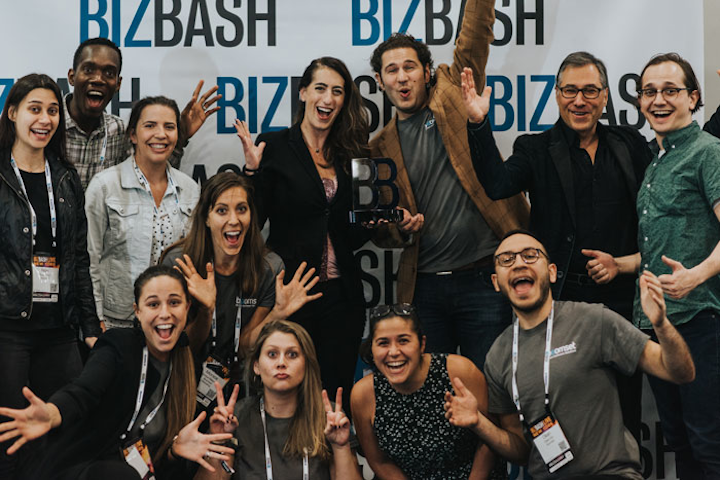