How to Use Influencer Marketing to Increase Event Attendance

The official kickoff to the National Cherry Blossom Festival, Washington’s annual celebration of Japan’s gift of the cherry trees to the U.S. in March 1912, begins each year with the Pink Tie Party. The 11th annual gathering at the Ronald Reagan Building and International Trade Center on March 16 saw a 25-percent increase in attendance, to more than 750 people, after organizers rebuilt the host committee and turned to local influencers to promote the party.

“By diversifying our inroads to be a part of the party, engaging people who we hadn't engaged in the past by giving them a specific role, and rebuilding the committee, we tapped into the energy of those [new] members,” said Lillian Iversen, senior director of events and marketing for the National Cherry Blossom Festival.

The event’s 25-person host committee saw significant turnover after members either moved away from the city or scaled back their involvement. The committed drew 20 new members through a call for commitments via the event website. The new committee members amplified the event's marketing through their own social networks, as well as brought connections to local influencers such as Real Housewives of Potomac’s Karen Huger who has more than 27,000 followers on Instagram and another 13,000 on Twitter.

That connection spurred a new outreach campaign to other influencers who had connections with the party, like ABC7’s Michelle Marsh, who served as M.C. and has 8,000 Instagram and Twitter followers, and stylist and TV personality Paul Wharton, whose network of followers exceeds 30,000 between Instagram and Twitter. Each of the influencers lent their name to the host committee list and published at least one promotional post on their respective channels prior to the event, as well as additional promotion during and after the event. In return, they received complimentary admission to the pre-event reception for themselves and a guest, a $600 value.

Though exact ticket sales tracked back to the influencers has yet to be determined, Iversen noted the effort did give traction to the exposure of the event and ticketing pages.

In another promotional change, Washingtonian magazine took over as the event’s media partner, a position previously held by Capitol File, and provided new advertising opportunities for the party including leaderboard ads at the top of its website as well as multiple mentions in its e-newsletters.

“The party is about celebrating the season of the blossoms and to get people in the community to have a touch point with the festival, and with Washingtonian that resonated better,” said Iversen. 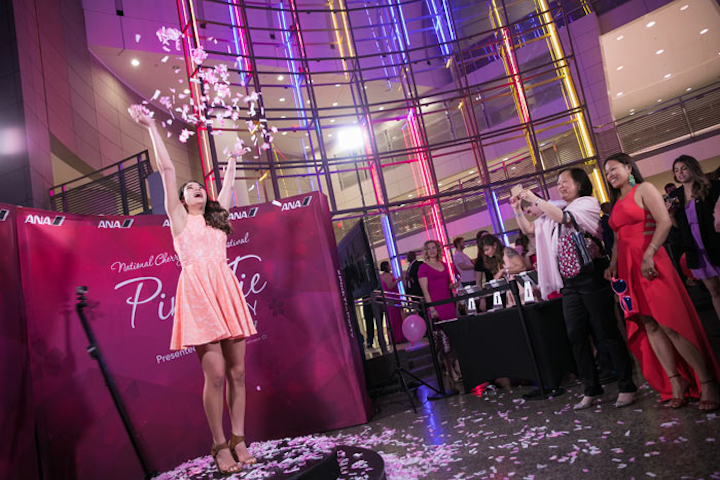 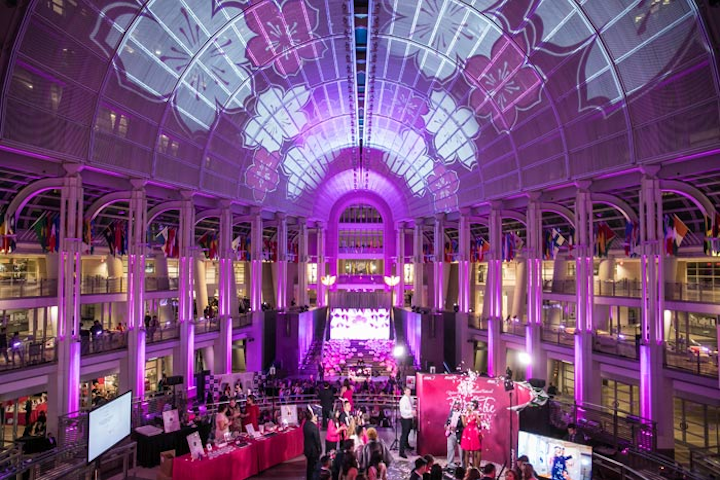 Projection Presentation Technology projects images of the festival's cherry-blossom logo onto the ceiling of the venue's atrium.
Photo: Jason Dixson 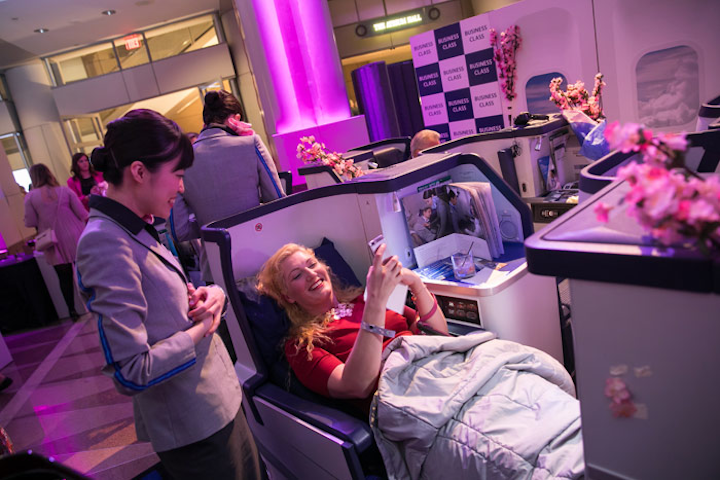 Japanese airline ANA returned as the presenting sponsor, bringing a new twist to its Business Class Experience. Upon sitting down, guests received a glass of champagne and tray of light bites from flight attendants, then could use the in-seat technology to plug into the sound and recline their seats.
Photo: Jason Dixson Photography 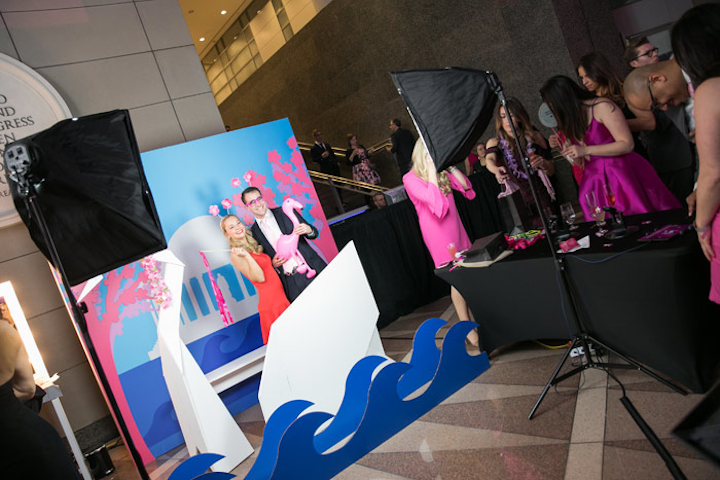 For guests who didn't want to wait in line for the 360-degree photo booth experience, Design Foundry created a 3-D set of a swan on the Potomac River with a backdrop of the Thomas Jefferson Memorial surrounded by cherry blossom trees.
Photo: Jason Dixson Photography 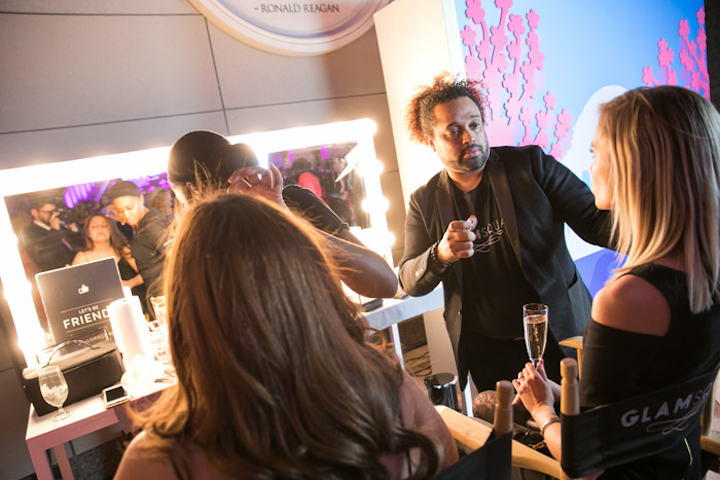 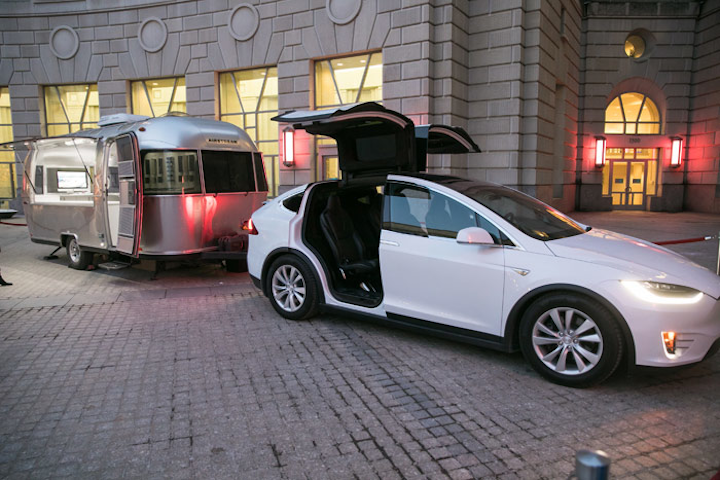 A Tesla parked in the plaza of the Ronald Reagan Building had an Airstream trailer attached to showcase its towing capability. Event guests could then go inside the trailer to customize their own Tesla in a computer design program.
Photo: Jason Dixson Photography 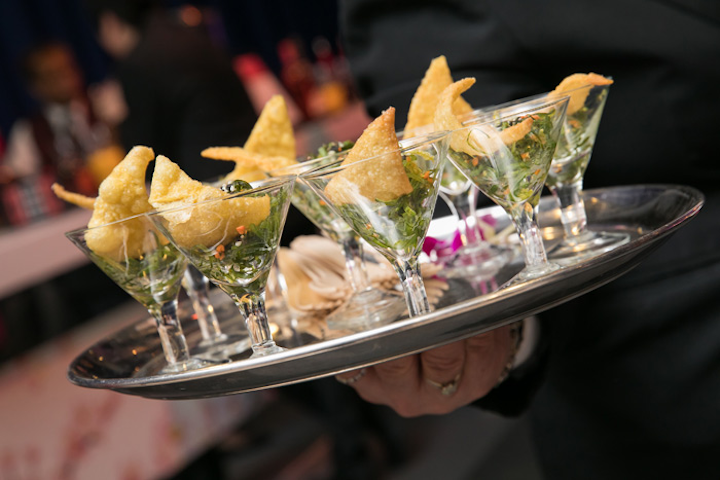 In addition to the 17 restaurant stations throughout the event space, catering included passed hors d'oeuvres like a seaweed salad topped with a wonton. There also were Asian food stations with spring rolls, four styles of dumplings, lo mein, and fried rice. 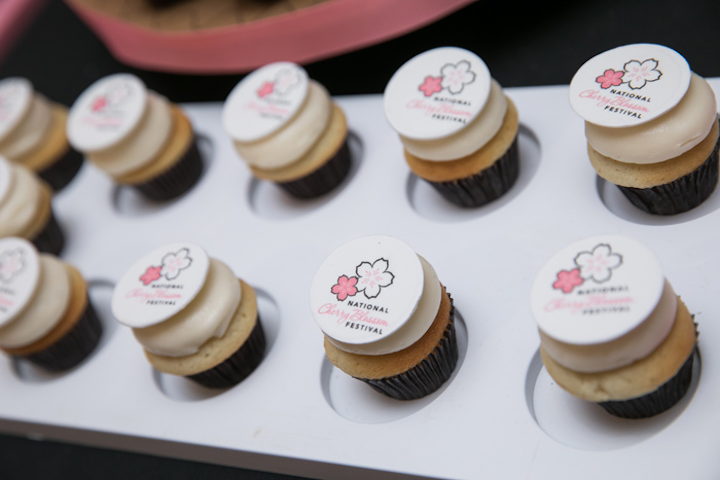 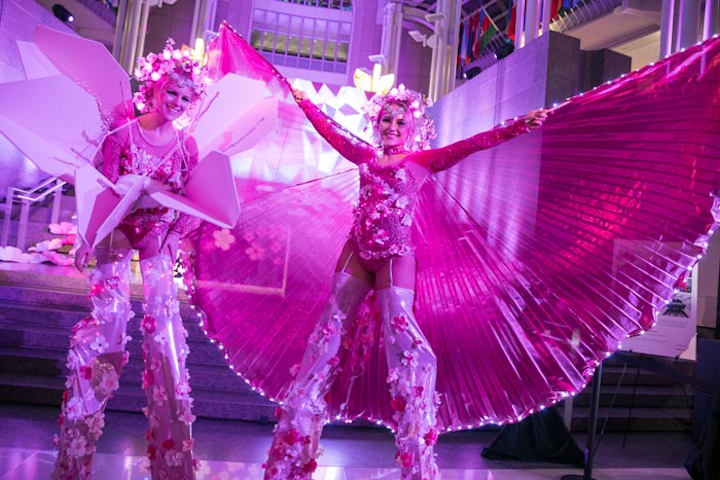 Pelonkey's costumed stilt walkers wandered through the main level of the party posing for pictures and selfies with guests.
Photo: Jason Dixson Photography
More in Strategy