The Ontario Science Centre hosted its fund-raiser, the LG Innovators' Ball, on Thursday night. In honour of the new exhibition “Beyond Planet Earth: The Future of Space Exploration,” the sixth annual gala had a retro "Fly Me to the Moon" theme and 530 guests.

“It’s the whole idea of early space travel, the wonder and elegance of that,” said Alex Krievins, the Science Centre's new head of special events. A curved sectional sofa, ball chairs, and old-school motorized solar systems added a retro flair to the cocktail reception area, which returned to the centre's Weston Family Innovation Centre after taking over the Great Hall last year.

To tie into the evening's theme, sponsors devised futuristic activations. LG reps passed out 3-D glasses and took 3-D photos of guests; the photos popped up on surrounding screens. New sponsor Google set up a series of screens with an interactive Google Earth installation that had guests zooming over images of international cities.

The Science Centre introduced the Innovator's Awards to the gala this year, celebrating former Ontario Premier, William G. Davis, and Darren Entwistle for contributions to their fields. “[The Innovator's Awards] seemed like a natural fit, being the organization we are,” said Krievins. The ceremony took place during dinner in the Exhibition Hall under hanging planets and backed by twinkling LED lights.

Marigolds and Onions embraced the theme with the menu. LED lights flickered from under a Parmesan nest during the first course. Playing off an astronaut's fare, deconstructed chicken soup was rehydrated table-side with chicken consume.

Although organizers are still tabulating the total amount raised this year, the Innovators' Ball has raised close to $2 million in its five-year history. 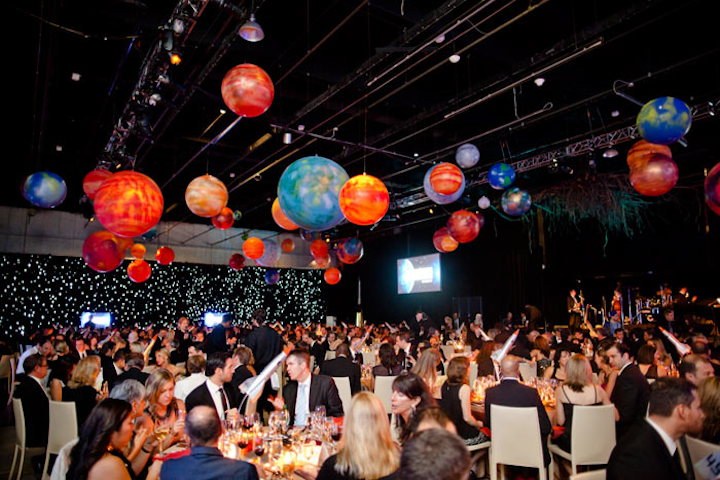 Dinner was served in the Exhibition Hall of the Ontario Science Centre, where planets hung overhead and a wall of LED lights mimicked a starry sky. The first annual Innovator's Awards were presented on stage.
Photo: Josh Fee for BizBash 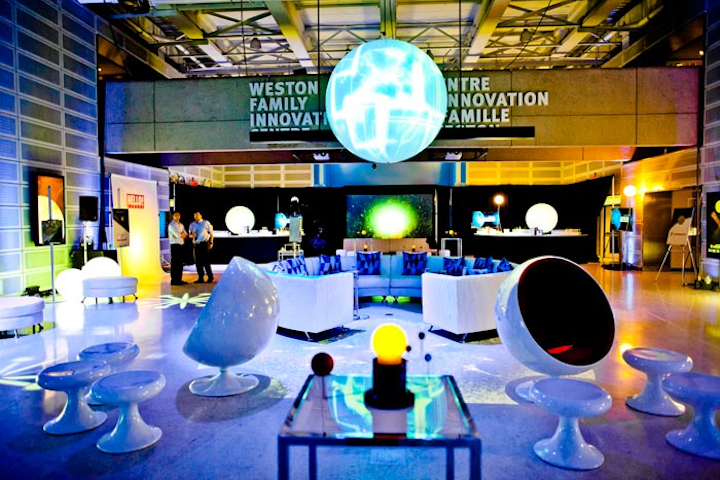 The cocktail reception returned to the Weston Family Innovation Centre this year after taking over the Great Hall last year. Retro ball chairs, a circular lounge, and a hanging globe added to the "Fly Me to the Moon" theme.
Photo: Josh Fee for BizBash 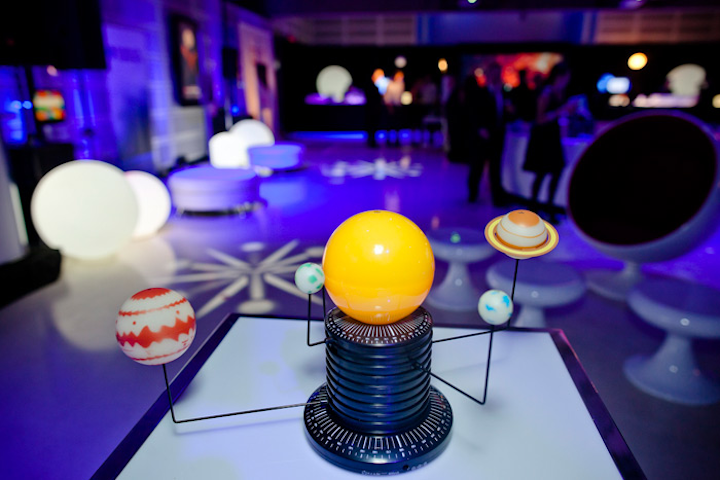 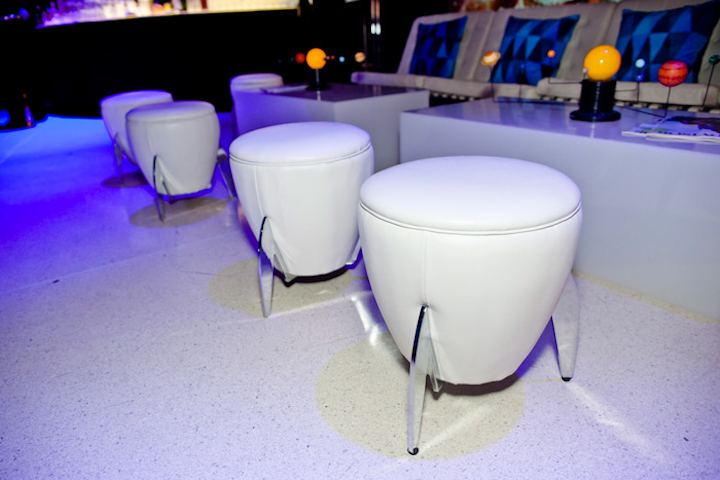 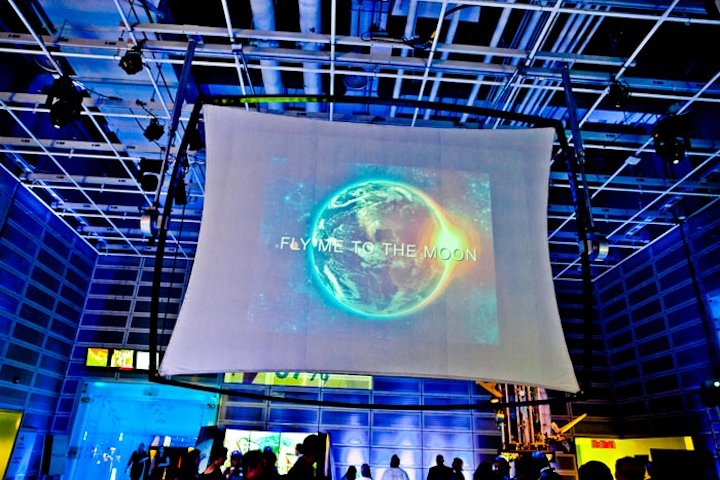 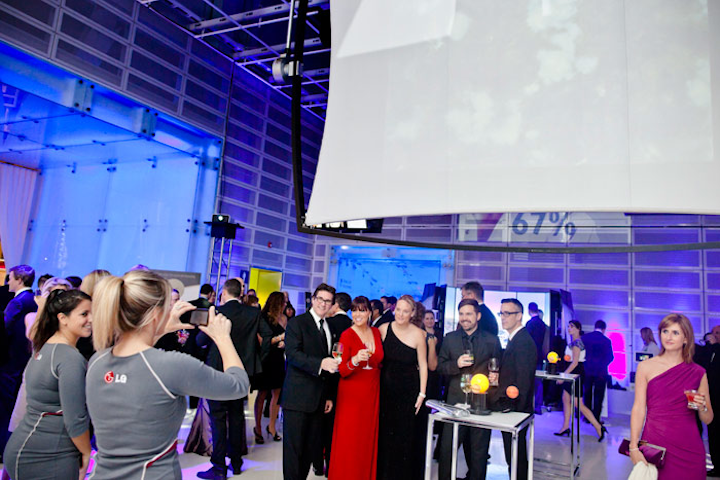 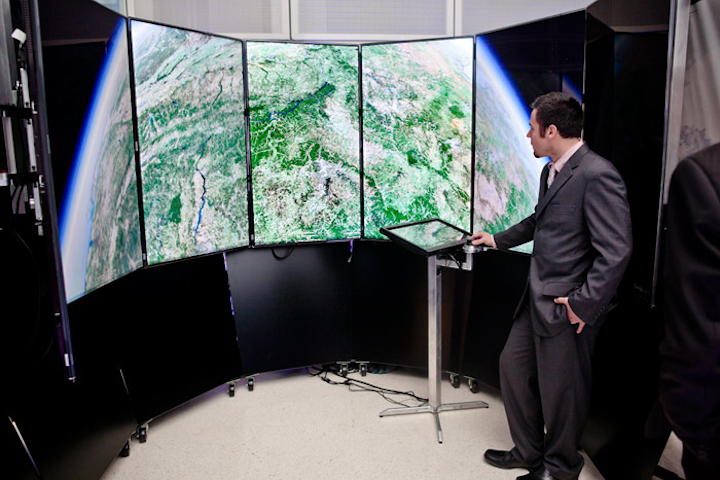 New sponsor Google created a Google Earth activation. Guests zoomed in and out of cities, shown on a series of screens.
Photo: Josh Fee for BizBash 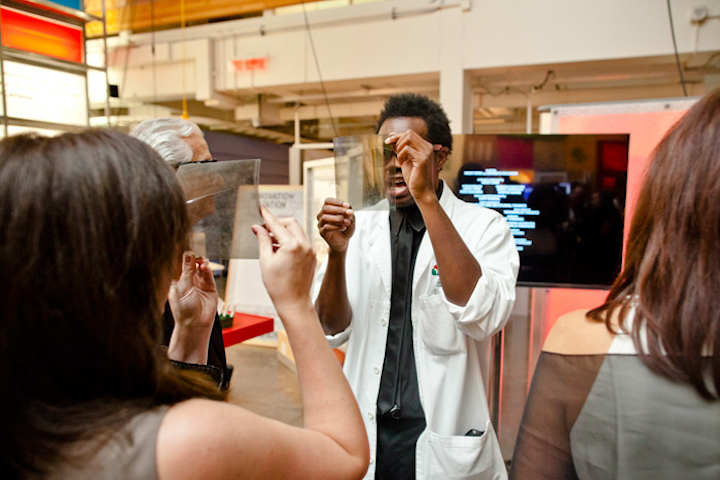 Science Centre staffers in lab coats circulated the event with small science experiments for guests to explore, like the effect of polarized lenses.
Photo: Josh Fee for BizBash 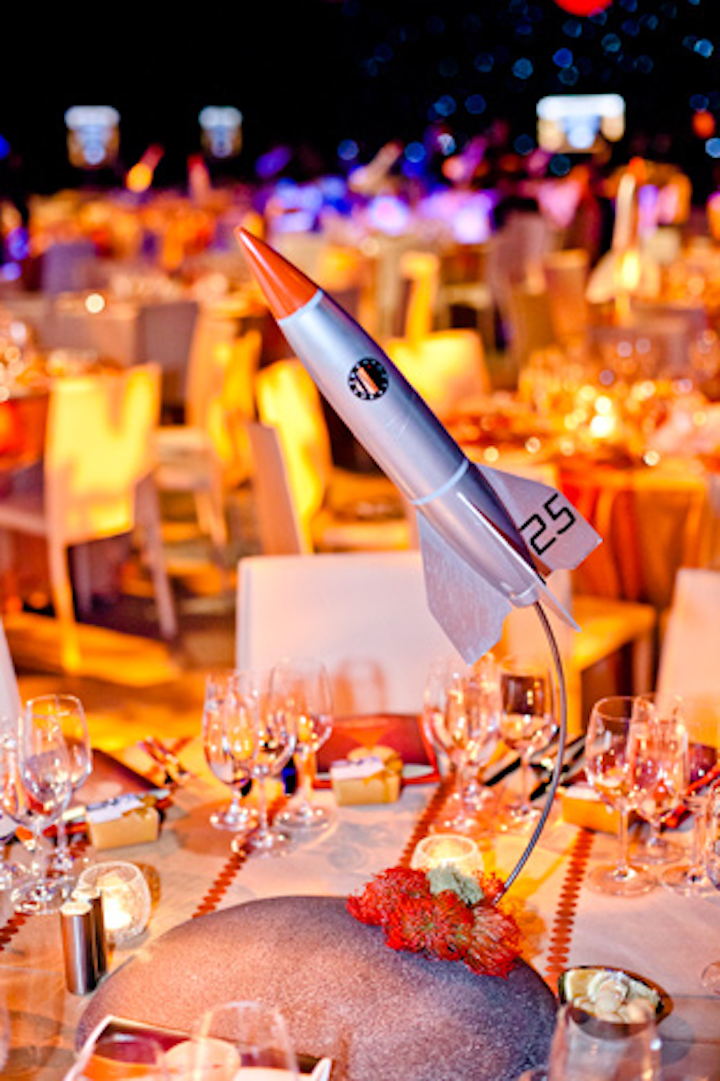 Retro rocket ships acted as centrepieces in the dining room. Red and orange flowers created a "flame" at the base, which flashed.
Photo: Josh Fee for BizBash 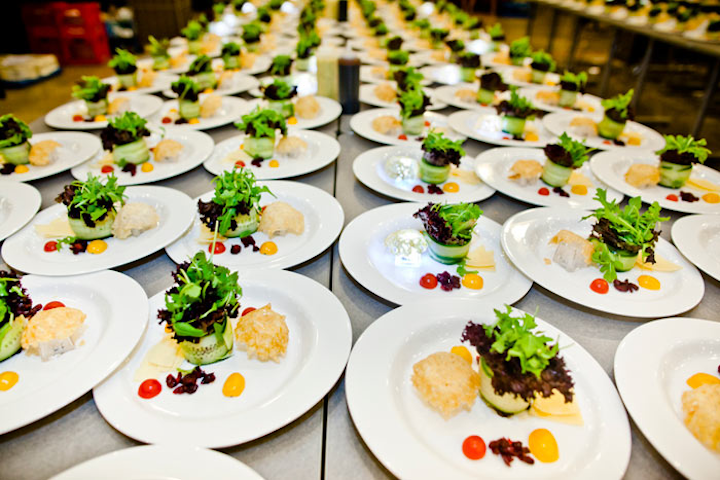 Marigolds and Onions created a menu that matched the space-aged theme. LED lights flashed from under a Parmesan nest for the first course, a "Rocket Salad" served with dehydrated cranberries.
Photo: Josh Fee for BizBash
More in Event Design