Forget free trips to exotic countries, Axe is sending fans to space. To introduce its new line of men's grooming products, the Unilever-owned brand is going all out, partnering with Space Expedition Corporation to send 22 fans on a flight beyond Earth's atmosphere. The ambitious worldwide promotion, which Axe considers the biggest product launch in its 30-year history, has astronaut Buzz Aldrin as its spokesperson and saw the brand build its own space academy in New York for the announcement on January 9.

Held at the American Museum of Natural History's Cullman Hall of the Universe, the global launch event for Axe Apollo put astronauts, mission control voice-overs, and 200 guests amidst space artifacts and product displays. Matter, the experiential, entertainment, and sports marketing arm of the Daniel J. Edelman family of companies, produced the affair.

"When we originally presented the concept for the event to the brand, we knew our biggest challenge would be to convey to them how we were going to transform the space in a way that was as big as the news they were announcing," said Matter senior vice president Jenna Marrone. "Working within a museum space, you are limited in terms of what you are able to physically build and bring into the space. We focused on elements we had complete control over—from lighting to sound, special effects and costumes—to craft an environment and dramatic experience grounded in the narrative we had established with the Edelman team and brand."

Correction: This story has been updated to reflect Matter Inc.'s parent company. 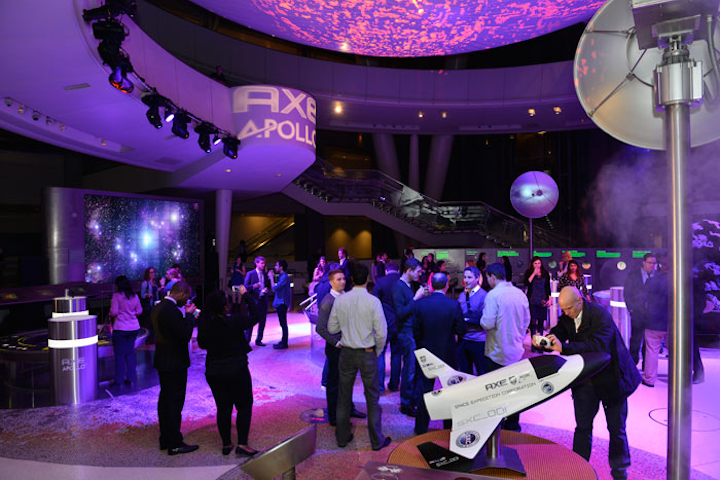 To further brand the museum hall and reinforce the campaign competition that will send consumers into space, the producers added a scale model of a spaceship amidst the projections, exhibits, and product displays.
Photo: Getty Images for Axe 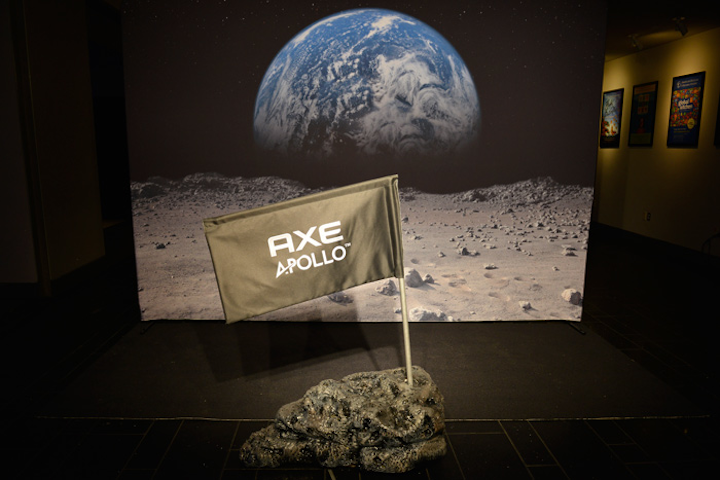 Axe turned the Cullman Hall of the Universe into its secret space headquarters for the launch event, placing signage and a moon-landing-inspired photo op area up front. To further play up the space academy concept, the production team created two oversize, illuminated metal detectors, which formed a checkpoint-style entrance to the main space.
Photo: Getty Images for Axe 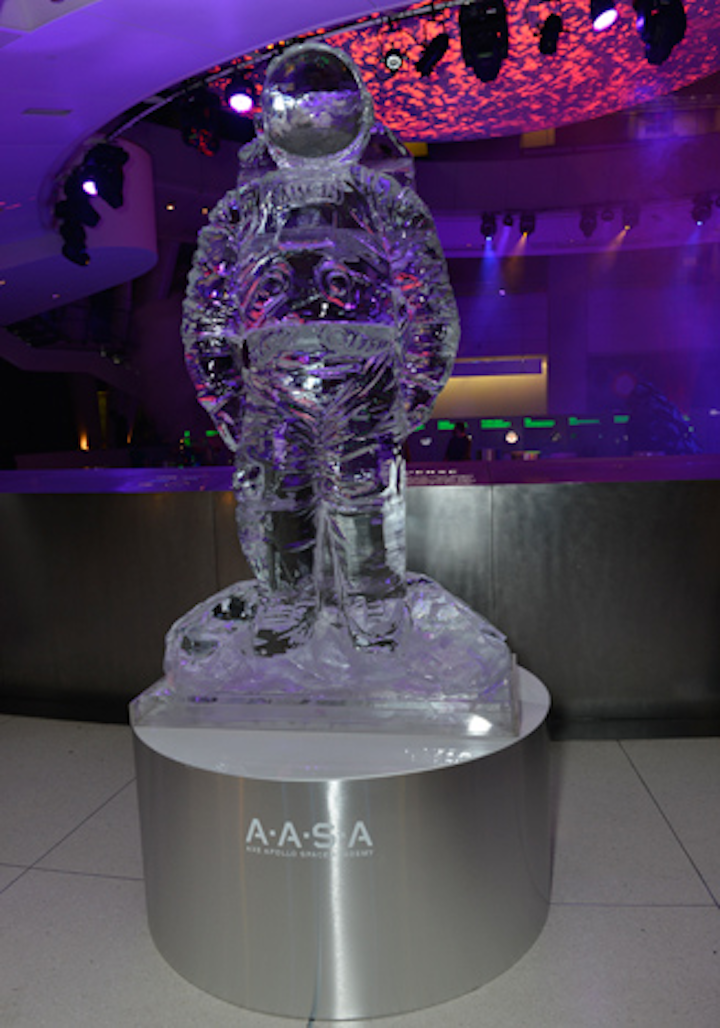 Just beyond the checkpoint, an astronaut-shaped ice sculpture stood on a pedestal marked with A.A.S.A.—the Axe Apollo Space Academy—an acronym the brand is using in its campaign.
Photo: Getty Images for Axe 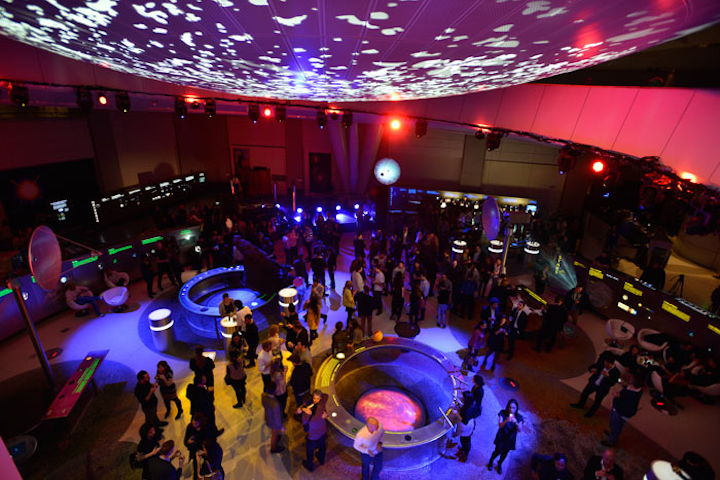 In contrast to the stark checkpoint, the main space for the event was heavily saturated with bright pink, blue, and purple lighting. The organizers also added modern white furniture to the hall.
Photo: Getty Images for Axe 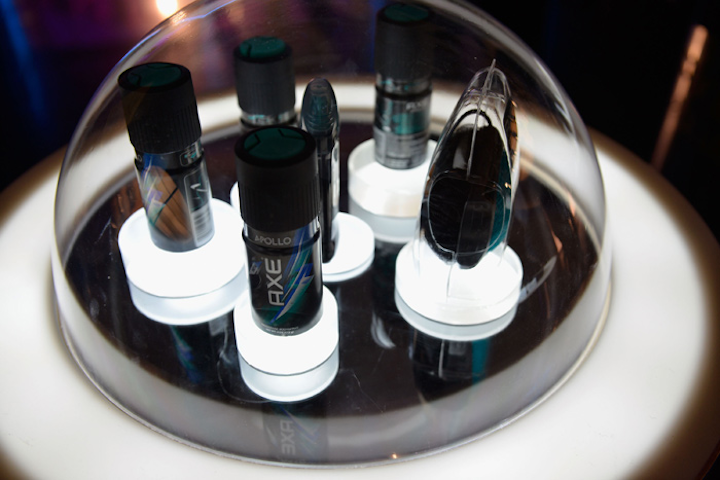 Set against the museum's exhibition displays, glowing tables served as displays for the products in the new Axe Apollo line.
Photo: Eugene Gologursky/Getty Images for Axe 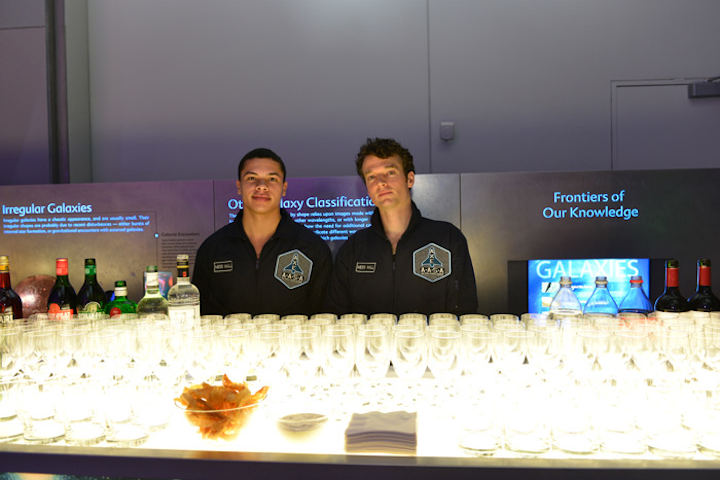 Staffers in military flight jumpsuits with the A.A.S.A. branding and backlit bars decorated with images of stars and galaxies advanced the space academy concept.
Photo: Getty Images for Axe 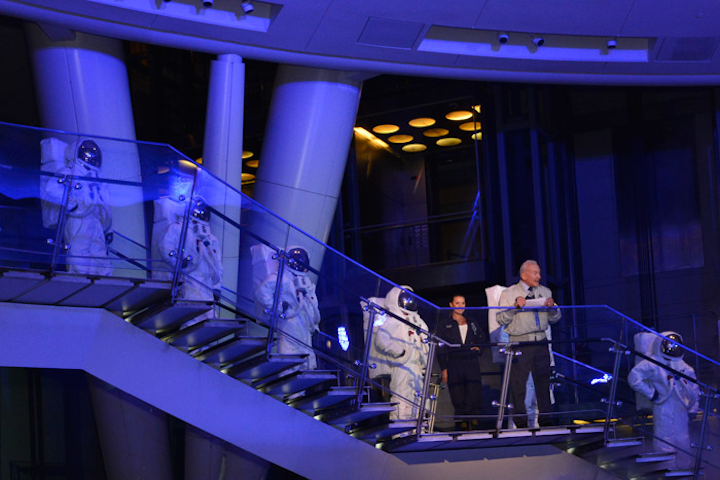 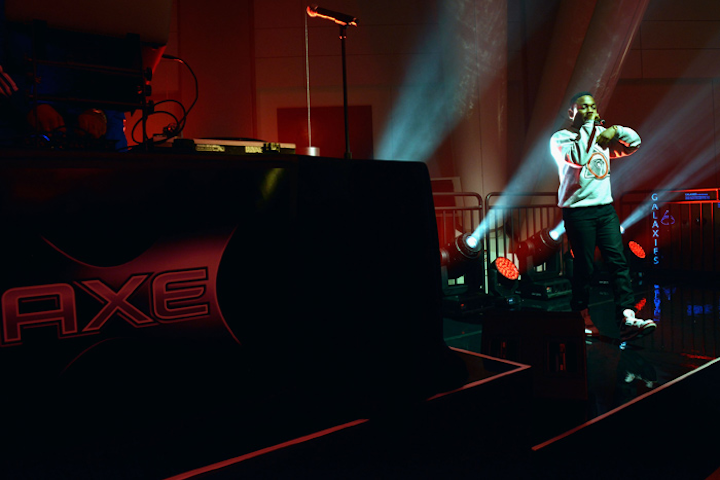 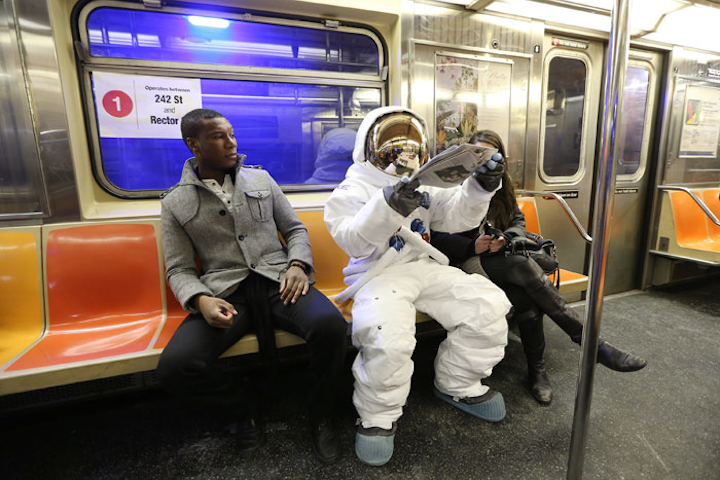 As part of its public promotional campaign, which included the use of the #InSpace hashtag, Axe sent staffers dressed as astronauts to public areas in New York—including the subway and Madison Square Park. The spacemen also showed up at parties surrounding the Super Bowl February 3 in New Orleans.
Photo: Neilson Barnard/Getty Images for Axe
More in Event Design