Get inspired by over-the-top photos from the fetes to launch the season's biggest flicks.

From cute characters on the red carpet to elaborate props and decor, the premieres for summer's biggest movies spared no imaginative detail. Get inspired by some of the season's biggest premieres—from Los Angeles to London—for movies like The Great Gatsby, Monsters University, Star Trek Into Darkness, 42, Despicable Me, Fast & Furious 6, Red 2, and more.

Following the Hangover 3 premiere at Westwood's Village Theatre, 15/40 produced an after-party for 700 guests that transformed a parking lot on Braxton into a scene reminiscent of the film's Vegas setting, complete with an elaborate fountain. 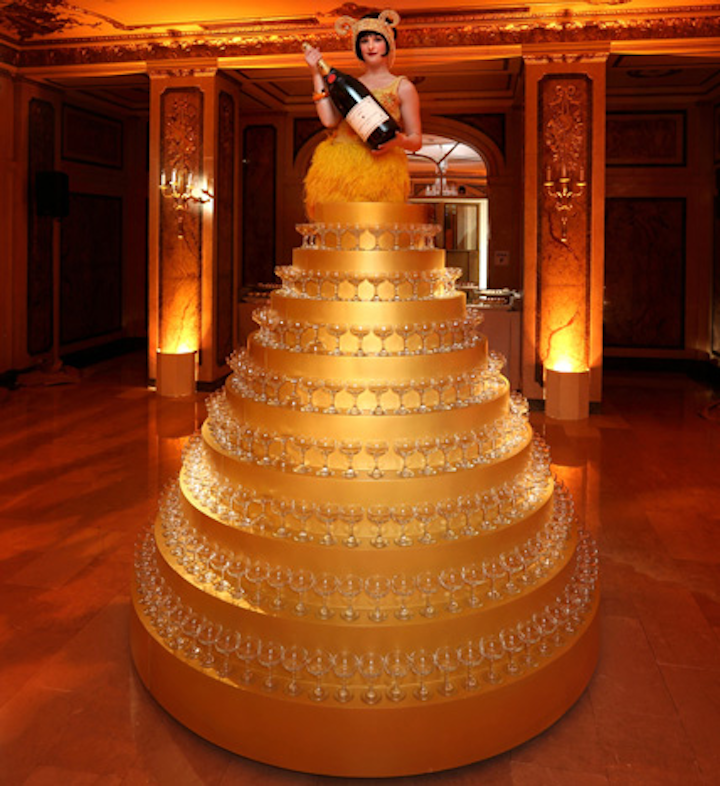 The Great Gatsby premiered with one of the biggest and most glittering parties of the summer. For the event at New York's Plaza Hotel, Samantha Sackler Productions revived the '20s vibe of Gatsby's elaborate bashes, with an eight-piece live band, thousands of butterflies hanging from the ceiling, and a topiary-lined pathway with a soundscape of crackling gravel and chirping birds as the entryway. Inside, champagne-colored suede was custom-made for the event by Designer8 Event Furniture Rental, and a six-foot champagne-coupe tower was a key conversation piece.

“We wanted to recreate the elaborate, extravagant atmosphere of a Gatsby party as authentically as possible, to make everyone feel as though they were really living out the scenes they had just seen on the big screen,” explained C.E.O. Sackler. “The official costumes from the movie, the band, the food, the furniture—everything was as it would have been in Gatsby’s world.” 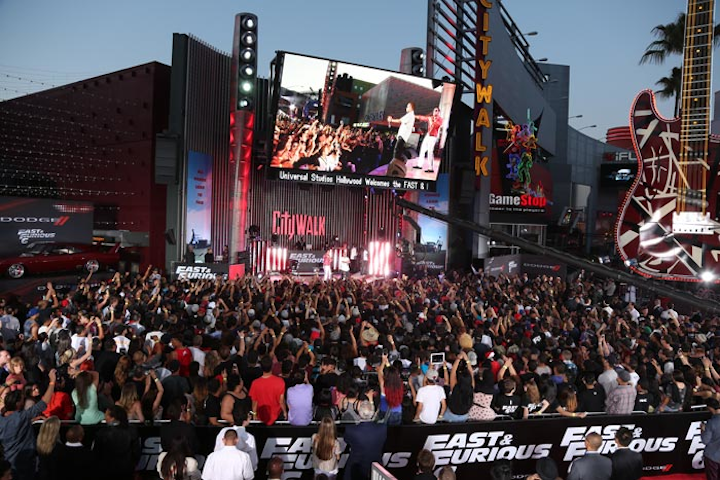 For Fast & Furious 6, ELS produced a premiere and after-party in May that took over Universal CityWalk and the Gibson Amphitheatre in Los Angeles. The crowd got to see a performance by Wiz Khalifa, 2 Chainz, and Ludacris. Plus, there was a live feed of the concert that was sent into the Gibson, so premiere guests could watch it while it was happening. 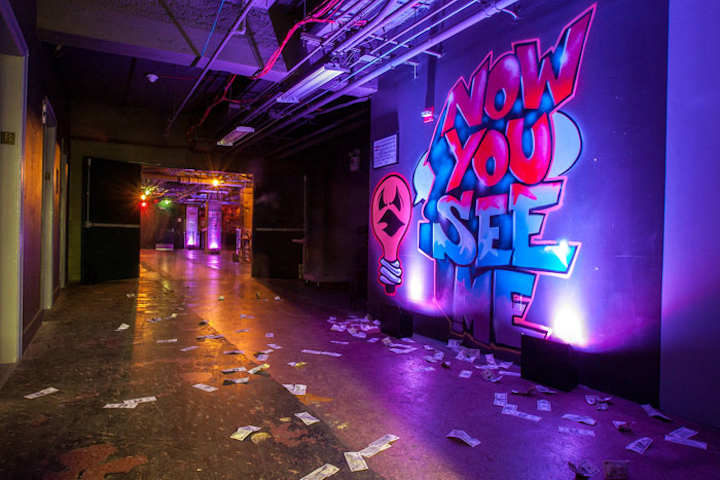 For the New York premiere of Now You See Me, a film about four magicians that rob a bank, Summit Entertainment put 600 guests, carousel horses, and money in the basement of the Hudson Hotel. Held May 21, the event at Good Units was designed and produced by Chad Hudson Events. The party's eclectic lounge look was inspired by the last few scenes of the film, which were shot in a warehouse in Brooklyn.

Achieving that look included recreating the graffiti "mecca" 5Pointz by bringing in the artists that worked on the film, copying the movie's geometric light patterns, and referencing the two main cities—Las Vegas and New Orleans—with floating playing cards and staffers in Mardi Gras masks. Even the music and menu were subtle nods to Now You See Me, with DJ Vikas spinning high-energy, upbeat music that evoked the film's high-paced score and a diverse array of food, including short ribs, a pasta station with meatballs, New Orleans-style shrimp cocktail, crudite, mac 'n' cheese poppers, and pigs in a blanket.

Less implicit was the money drop, a reference to one of the final magic tricks, which littered the underground space with fake bills. 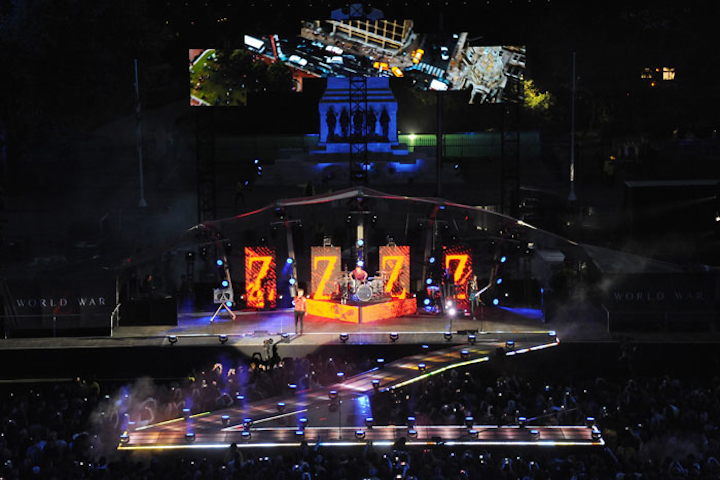 On June 2, the London premiere for World War Z had all the pomp befitting a Brad Pitt blockbuster. Held at Horse Guards Parade, the event drew some 15,000 fans and offered an outdoor concert—staged, appropriately, on a massive Z. Created by U.K. company Stageco, the zigzagging catwalk housed a pyrotechnic-filled performance from the British band Muse, whose work appears on the zombie film's soundtrack. 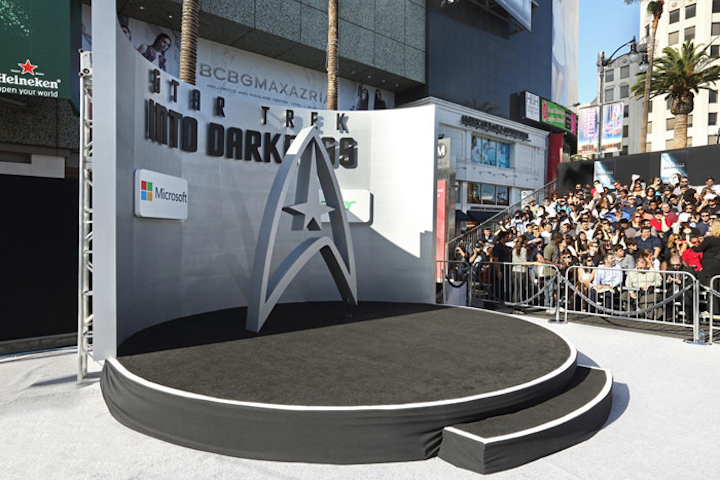 For Paramount's Star Trek Into Darkness premiere at the Dolby Theatre in Los Angeles in May, 15/40 Productions created an arrivals area that packed major punch for media and fans gawking nearby. 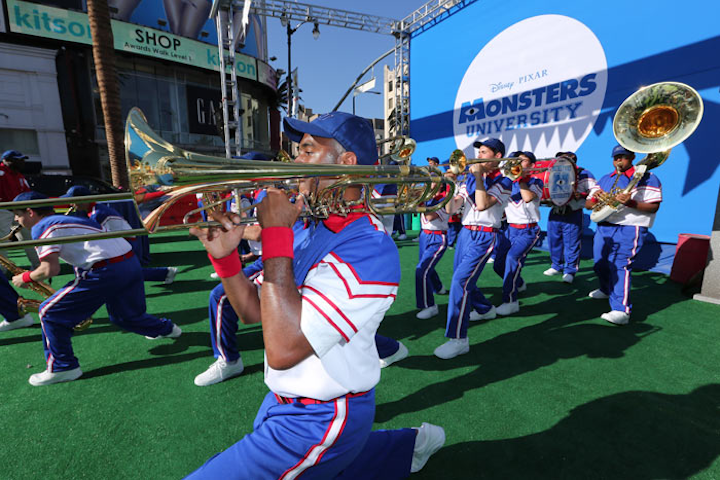 On June 17, Monsters University premiered at the El Capitan Theatre in Hollywood in Los Angeles with a tailgate party on Hollywood Boulevard, complete with the MU pep squad drum corps and cheerleaders, the Disneyland All-American college band, and character appearances. 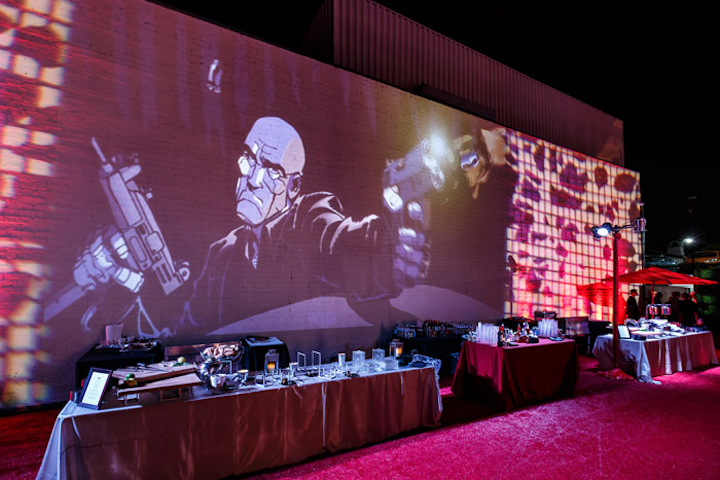 Summit Entertainment tapped Chad Hudson Events to create a premiere party for Red 2 in Los Angeles in July. The team turned the parking lot adjacent to the Village theater into an event space complete with furnished lounge areas, multiple bars, and a full-scale live performance stage with rigged lighting and concert sound.

Taking the cue for the party from the movie's title, the Chad Hudson team utilized multiple shades of red as the overall design color palette for the space. Graphic-novel-style imagery was displayed on large walls surrounding the space. 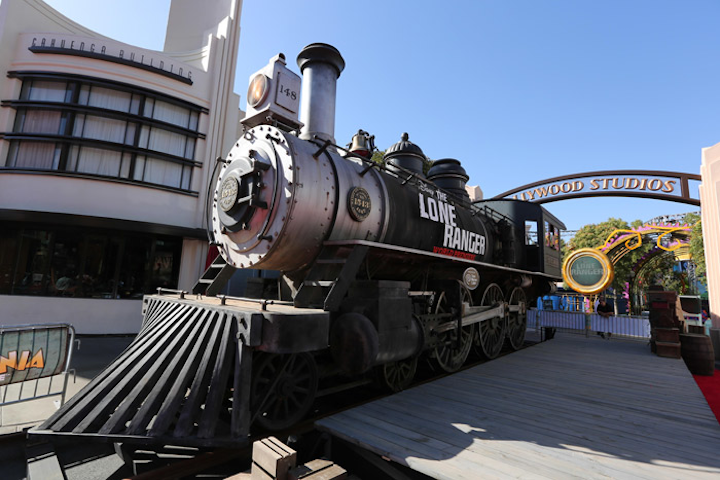 Something of a box-office bomb, The Lone Ranger premiered at Disney California Adventure in June, where a giant red carpet down the park’s iconic Hollywood Boulevard was lined with thousands of guests eager to get a peek at the star-studded arrivals line. The Lone Ranger’s horse, Silver, made an appearance along with the prop train engine built for the film. Ticket sales from the event benefited the American Indian College Fund. 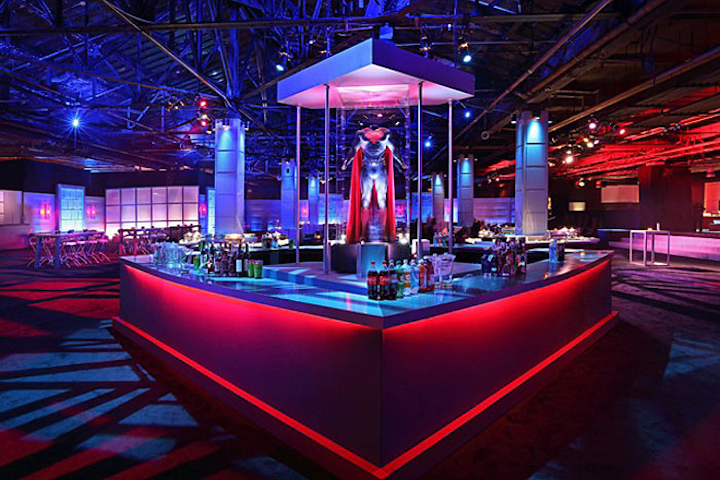 The Superman flick Man of Steel premiered in New York with the iconic costume on full display; the event was produced by 15/40 Productions. 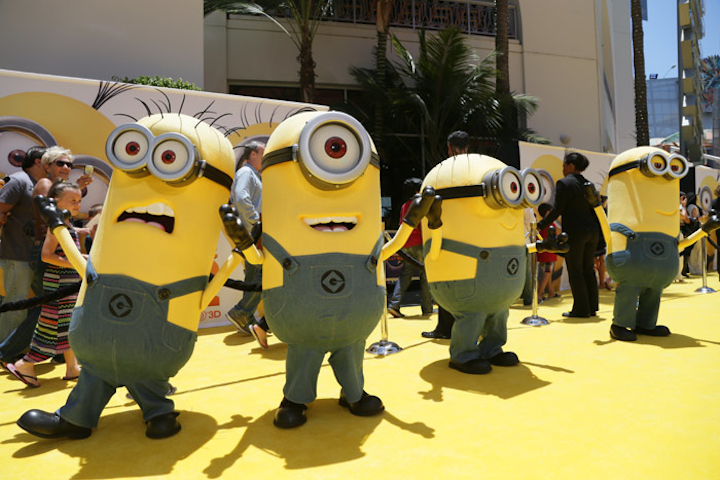 For the Despicable Me 2 premiere in June at Universal CityWalk, ELS produced an arrivals area on a yellow carpet—meant to evoke the color of the film's famous characters, the Minions. 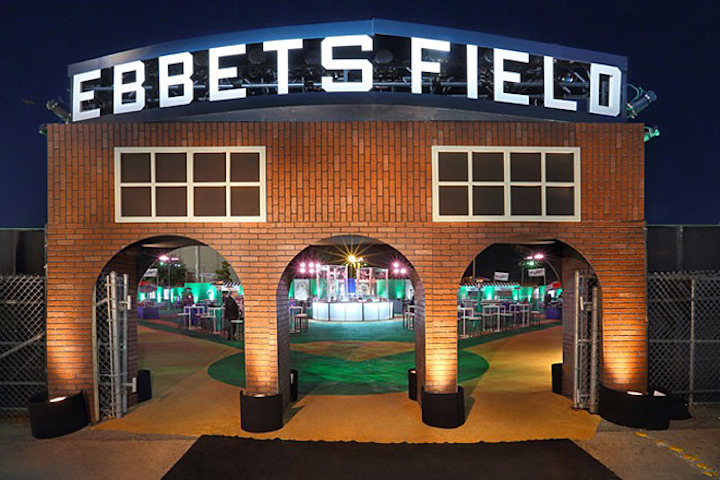 The Warner Brothers Jackie Robinson picture 42 premiered at the Chinese Theatre in Los Angeles with an after-party for 800 guests that took its cues from the baseball fields and details presented in the movie. 15/40 produced, Crumble catered, and D'Amore Pizza, Deano's Deli, and crowd favorite In-N-Out Burger offered bites. 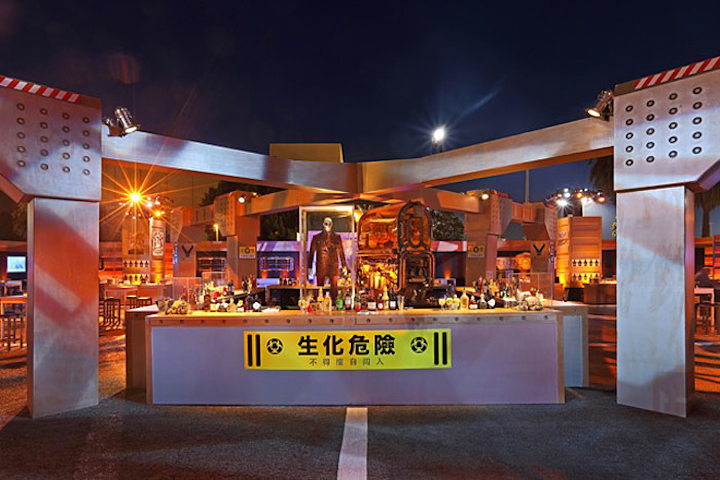 Following the Pacific Rim premiere at the Dolby Theatre in Los Angeles, about 800 guests came for an after-party produced by 15/40 Productions with catering by Wolfgang Puck and a milieu inspired by the world of the movie.

Sony Pictures' After Earth—now known to be one of summer's major box office disasters—premiered at New York's Ziegfeld theater in June, where 15/40 created an arrivals line that evoked an overgrown terrestrial scene, straight out of the movie's plot.