Inauguration 2017: Inside the Balls, Concerts, Watch Parties, and More

To mark the inauguration of President Donald Trump, groups from across the political spectrum hosted official and unofficial balls, activations, watch parties, marches, and conferences. In addition to big-ticket events like the swearing-in ceremony, the official Liberty and Freedom Balls on Friday night, and the Women’s March on Washington Saturday morning, organizations such as Washingtonian magazine and the southern state societies continued their traditions of hosting a nonpartisan ball each inauguration no matter the winner. Here's a look inside the events. 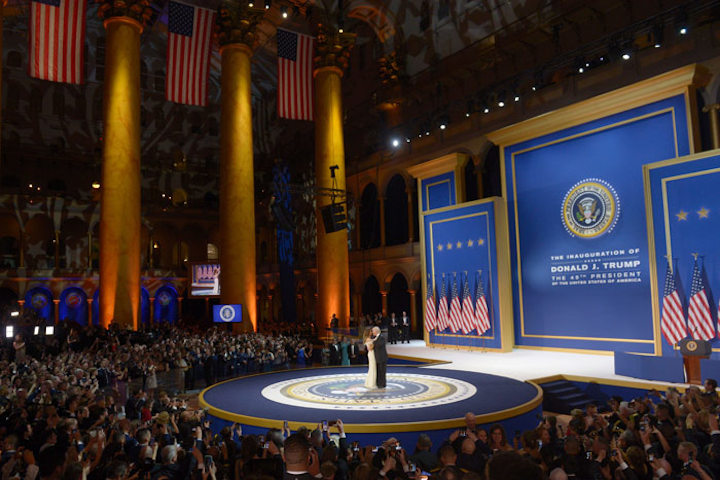 A new event, the invitation-only Salute to Armed Services Ball at the National Building Museum, was the third official ball that President Trump attended. After remarks from the President and a short statement from the First Lady—her first comments of the evening—they danced to a rendition "I Will Always Love You." A live satellite feed of troops in Afghanistan was included. 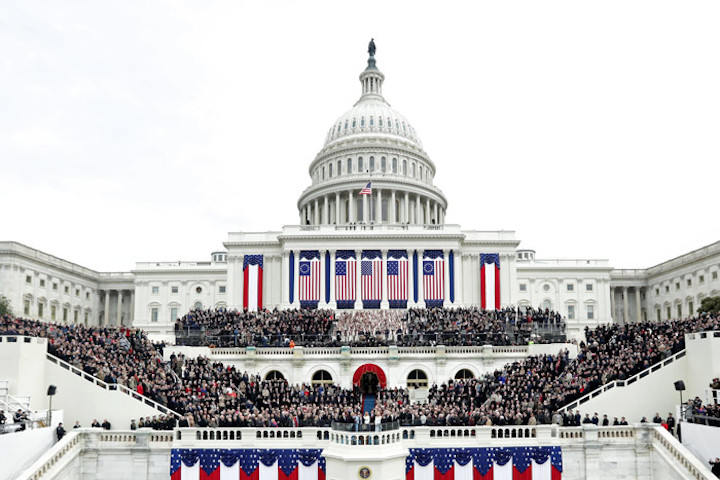 The 58th Presidential Inauguration took place on the steps of the U.S. Capitol on Friday afternoon, when Donald Trump was sworn in as President. 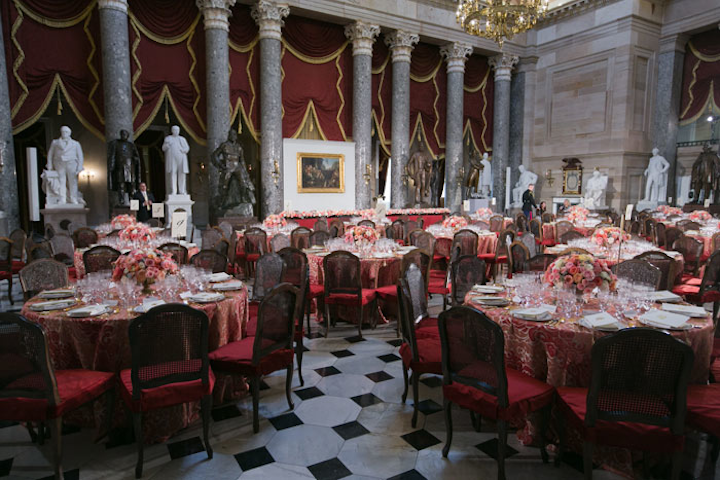 Following the inauguration ceremony, the President, Vice President, and their families attended a luncheon in National Statuary Hall within the Capitol that was designed and catered by Design Cuisine in conjunction with the Joint Congressional Committee on Inauguration Ceremonies. The luncheon designers opted to forgo red, white, and blue decor in favor of a softer color palette of coral, white, pink, and gold for the tables. The dark-red seat covers and cushions matched the linens on the head table. 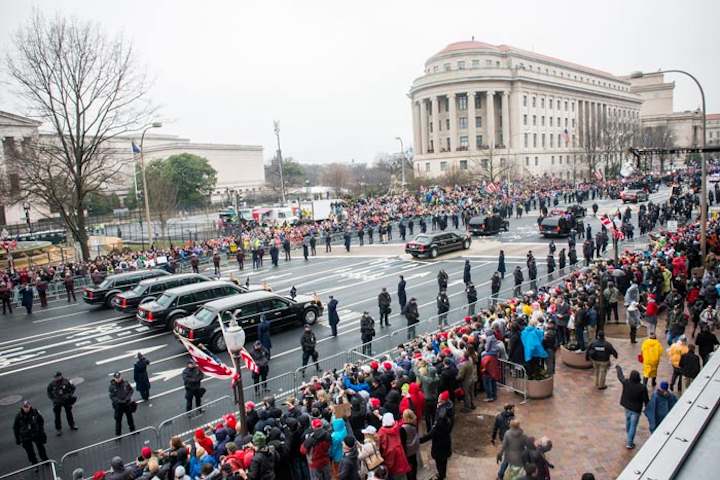 Thousands lined the parade route along Pennsylvania Avenue from the U.S. Capitol to the White House. Despite the Presidential Inaugural Committee providing tickets to the grandstand seats, many of them remained empty. The crowds along the barricaded streets were also noticeably less dense than in past inaugurations, though official estimates are not available. The parade saw more than 8,000 participants walking the 1.5-mile route. 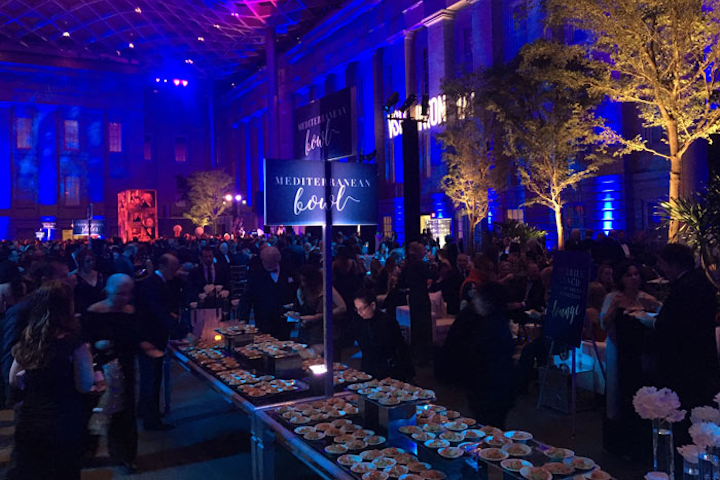 Washingtonian magazine hosted nearly 1,500 people for its inaugural ball at the National Portrait Gallery on Saturday evening. The magazine turned to Atmosphere Lighting to illuminate the venue's Kogod Courtyard in the event's main color of blue with accents of red and white pin spots on the trees. 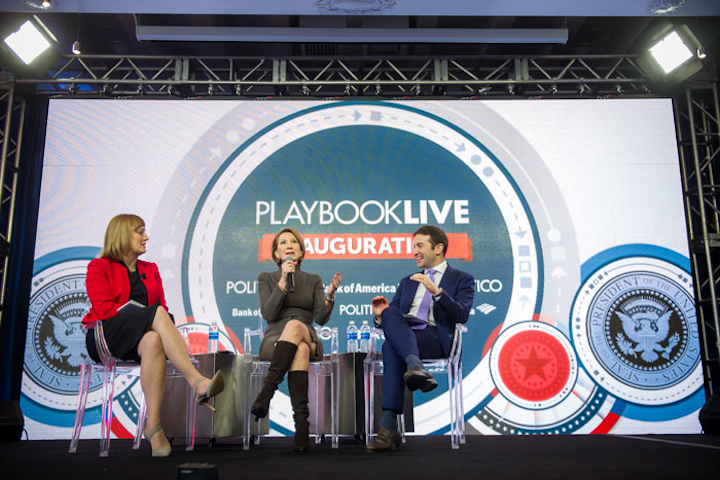 Politico turned the top floor of the W Hotel into the Politico Hub on Friday, with live programming of the Politico Playbook, branded lounge areas, and sponsor activations from PepsiCo and Samsung. The event served as an extension of the Politico Live series and previous activations last year at the Republican and Democratic national conventions.

Inauguration Day at the Newseum 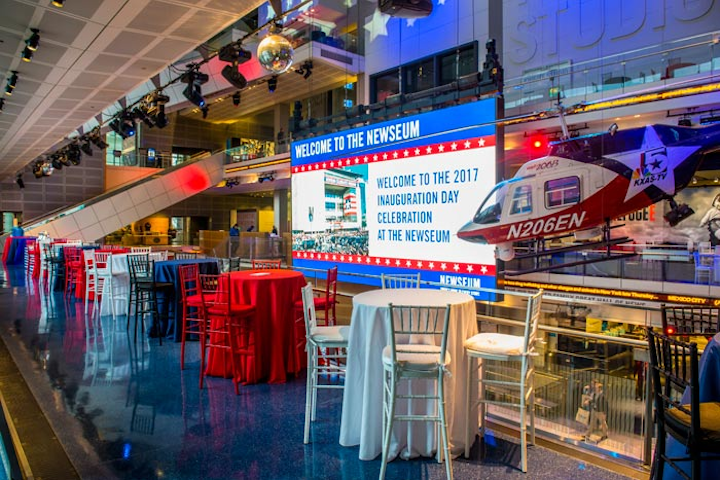 The Newseum hosted an inauguration-day watch party with live news feeds of the swearing-in ceremony and news coverage, breakfast and lunch buffet stations, and discussion panels in the Knight Studio throughout the day. Party Rental Ltd setup a mix of red, white, and blue seating throughout five floors of the museum with views of the big screen in the lobby and the parade outside on Pennsylvania Avenue that afternoon. 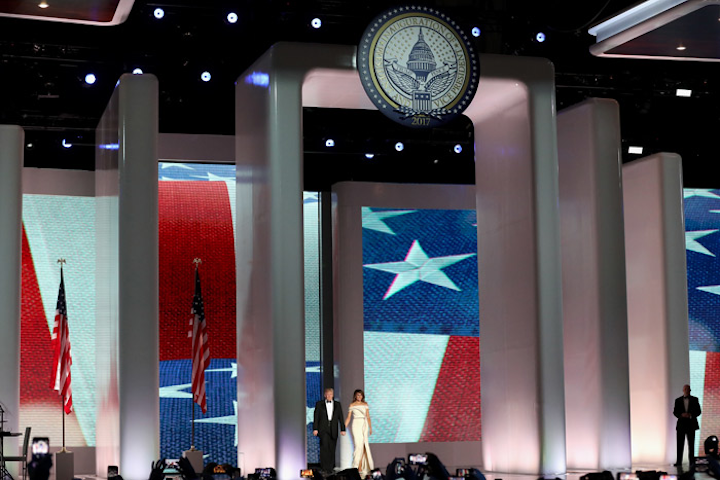 The stage decor at the Liberty Ball—one of three official inaugural balls—at the Walter E. Washington Convention Center consisted of multi-dimensional screens at varying heights and depths across which a single image was projected. Images rotated throughout the night depending on the entertainment and included the New York skyline as well as the American flag for when President Trump and the First Lady welcomed their guests. Planners implemented strict restrictions on suppliers who worked on the events that prevented them from speaking to the press about their involvement. 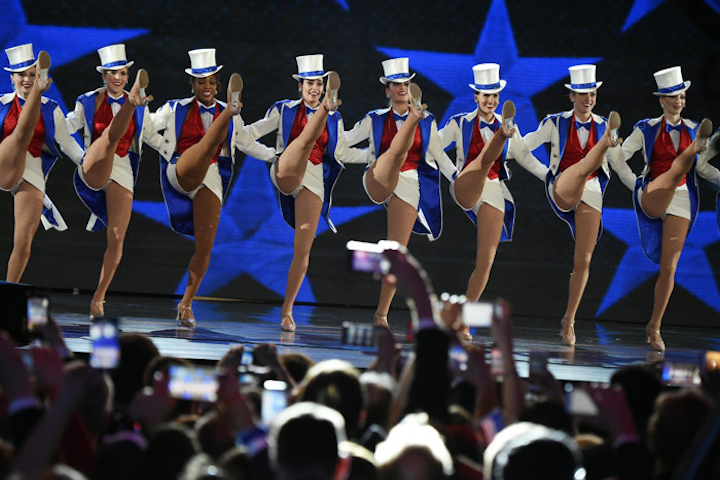 The Radio City Rockettes were among the performers at the Freedom Ball, one of the three official balls that the President and First Lady attended, at the convention center. 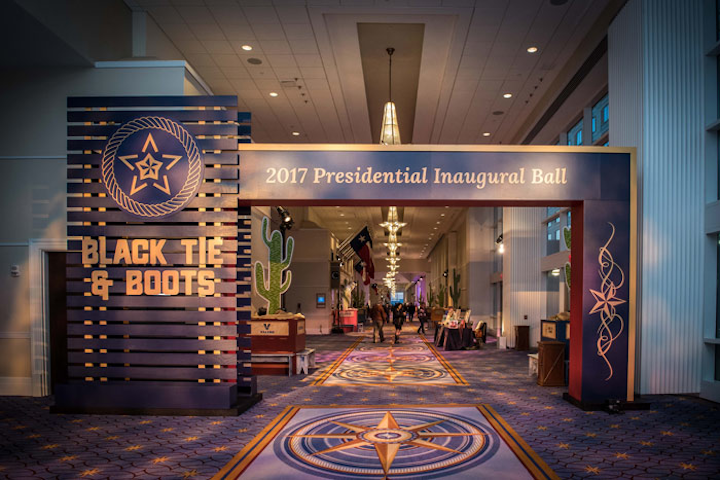 Epiphany Productions once again coordinated the Texas State Society's Black Tie and Boots Ball at the Gaylord National Resort on Thursday evening. The event drew 10,000 people, twice as many as in 2013 and about 2,200 more than in 2009. Design Foundry created custom entryway decor with the event's name and inauguration year as well as Texas road trip-theme decor elements throughout the four rooms of the ball. 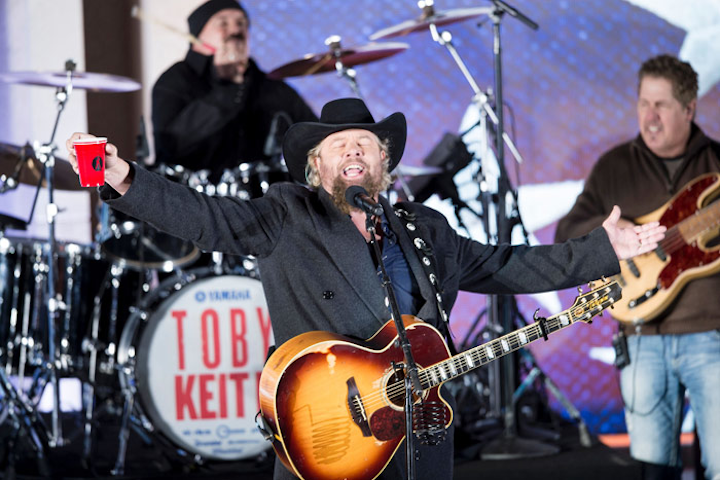 Toby Keith performed at the Make America Great Again! celebration concert on the steps of the Lincoln Memorial on Thursday afternoon. This marked the first time a concert of this kind took place as part of the official inauguration events. The inauguration website provided commemorative e-tickets to those who filled out the online form, though they were not required for entry. 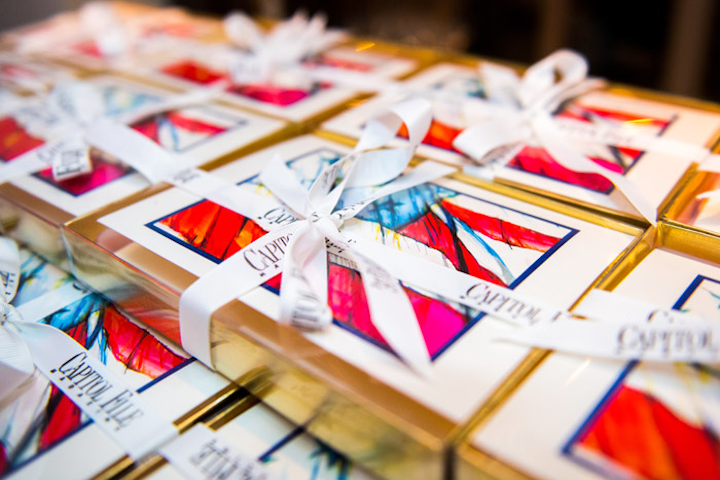 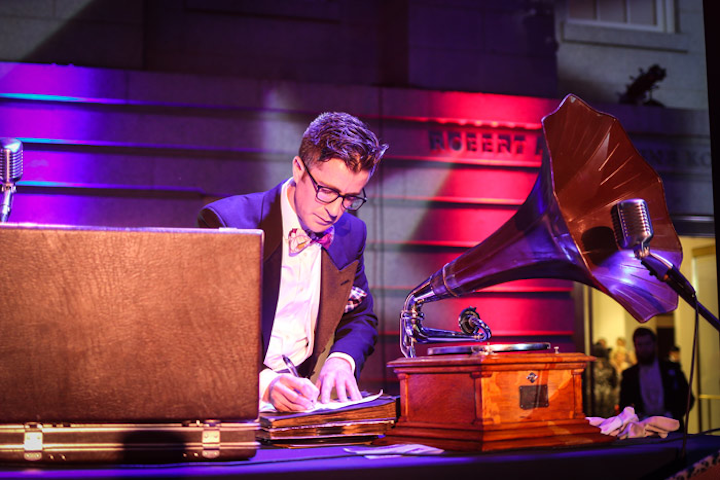 Event agency Dardanella staged its first inaugural ball, the Great Gatsby Ball, on Friday night at the National Portrait Gallery. The company focuses on recreating period-theme events, and tapped the Dapper DJs, who specialize in music from the 1920s through 1960s, to entertain at the ball. The DJs brought their own vintage microphones and decor. 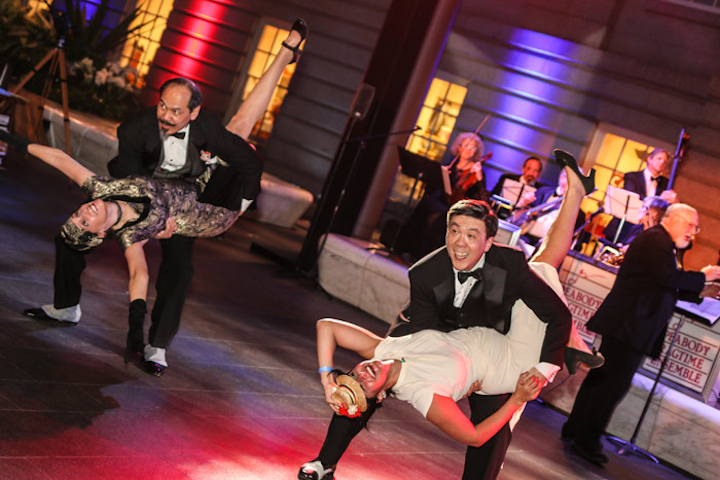 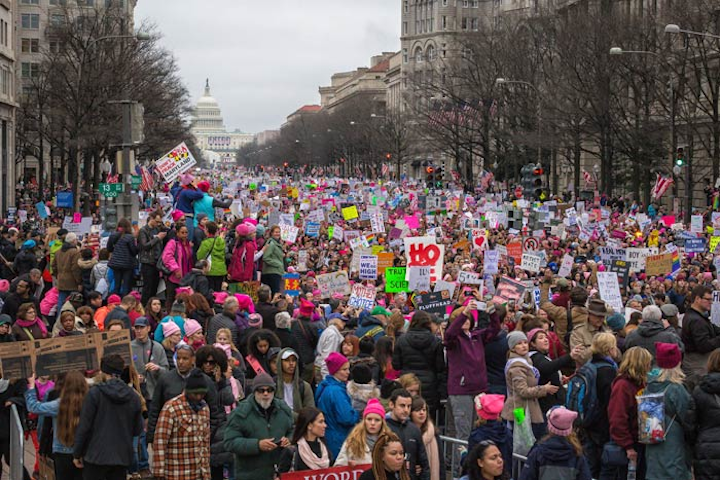 The crowd for the Women’s March on Washington exceeded organizers' expectations with more than 500,000 people—more than twice the anticipated number—descending on the National Mall on Saturday. As a result, the march had to divert from its originally planned route to the White House, and spread across two streets. There were lengthy lines for restroom facilities and a heightened need for crowd control from the local police department and the National Guard, but no arrests were made. More than one million people participated in sister marches around the world. 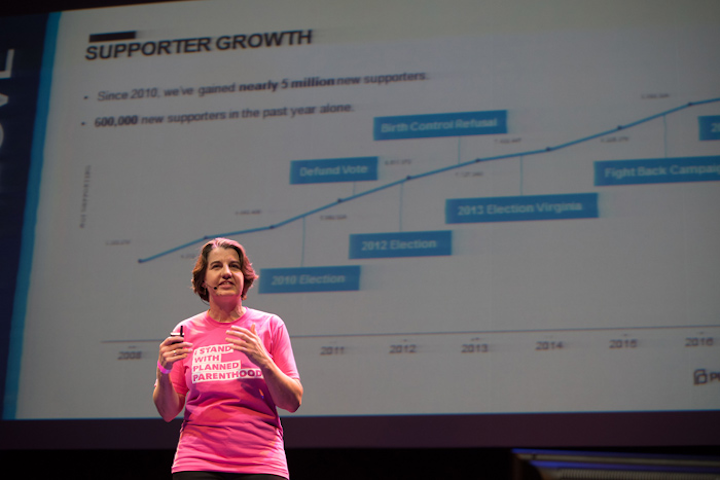 Born out of a Facebook group, the Lawyers for Good Government hosted its inaugural Rise Above Conference on Saturday and Sunday at the Lincoln Theatre and Mayflower Hotel, respectively. The event, coordinated by Michael Henry Events Creative, began after the Women’s March and included a series of TED-style talks, including one from Planned Parenthood's executive vice president Dawn Laguens, followed by a second day of breakout sessions surrounding public policy and ways to effect change in the government. 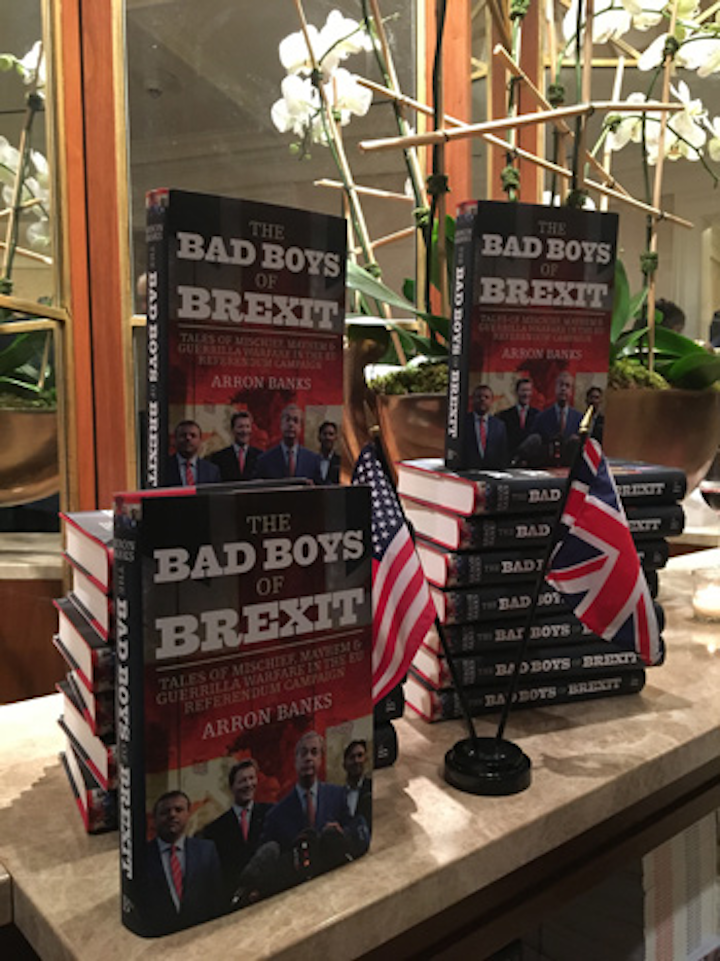 Will Milligan Events coordinated a private party Thursday evening for advocacy firm Goddard Gunster at Top of the Hay at the Hay-Adams hotel. British politician and Brexit leader Nigel Farage hosted the affair where guests received a copy of The Bad Boys of Brexit, a book documenting the rise and behind-the-scenes happenings of the politicians who led the political movement.