For the popular series' season 2 premiere, Netflix hosted a town fair filled with '80s references, scary details, and nods to the show.

Held on October 26 in Los Angeles, the evening began with a screening at the historic Regency Village Theatre in Westwood, where a 100-foot-long black carpet welcomed talent including Winona Ryder and Millie Bobby Brown. In a nod to the show’s fictional town of Hawkins, Indiana, the theater was renamed the Hawk Cinema, and featured branded popcorn bags and lobby signage.

After the screening, guests moved to UCLA’s Dickson Court North for a fully immersive after-party that was designed to immerse guests in a town fair in autumn of 1984. In keeping with the fair theme, guests could win carnival prizes and snack on treats such as pretzels, funnel cake, and cotton candy. Drinks were themed around the show, with names such as UpCider Down and Maple Bourbon Bone Chiller.

The evening featured several other nods to the series, both in the decor and the activities. There were several elements that guests had just seen in the episode screening, such as a "Welcome to Hawkins" town sign, a rotten pumpkin patch, and a tree with a "portal" to the Upside Down, the show's spooky alternate dimension.

Fictional town bulletins and flyers, as well as a Hawkins Police Department car, further immersed guests in the show’s world, while branded giveaways such as “Hawkins Middle School A/V Club” pins provided fun touches. And no Stranger Things party would be complete without a reference to Barb: In the “Don’t Cry Over Spilled Milk” carnival game, guests knocked over milk bottles with missing ads for the fan-favorite character. 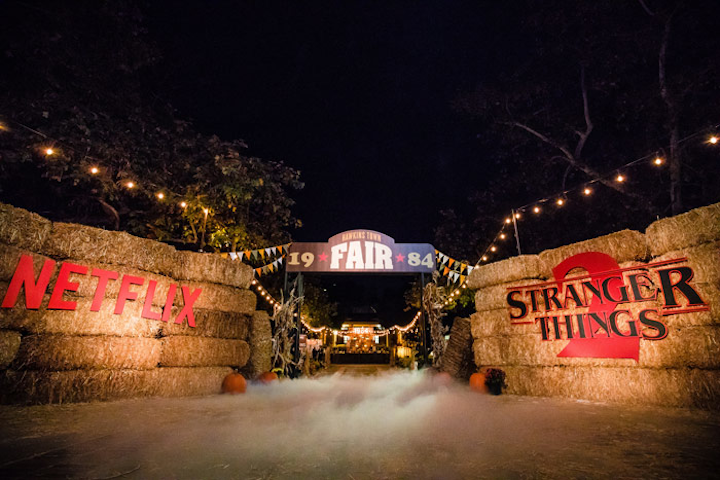 After the screening, guests headed to UCLA’s Dickson Court North for the on-theme after-party, which was set at a 1984-inspired town fair.
Photo: Marissa Joy Photography 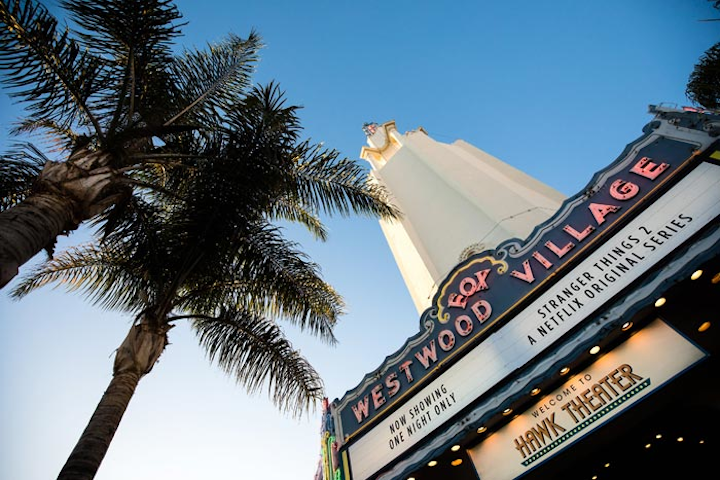 For the screening of the Stranger Things 2 premiere, Netflix and MKG rebranded the historic Regency Village Theatre, nodding to the show’s fictional town of Hawkins, Indiana. The screening featured a 50-foot-long black carpet with 3-D signage.
Photo: Marissa Joy Photography 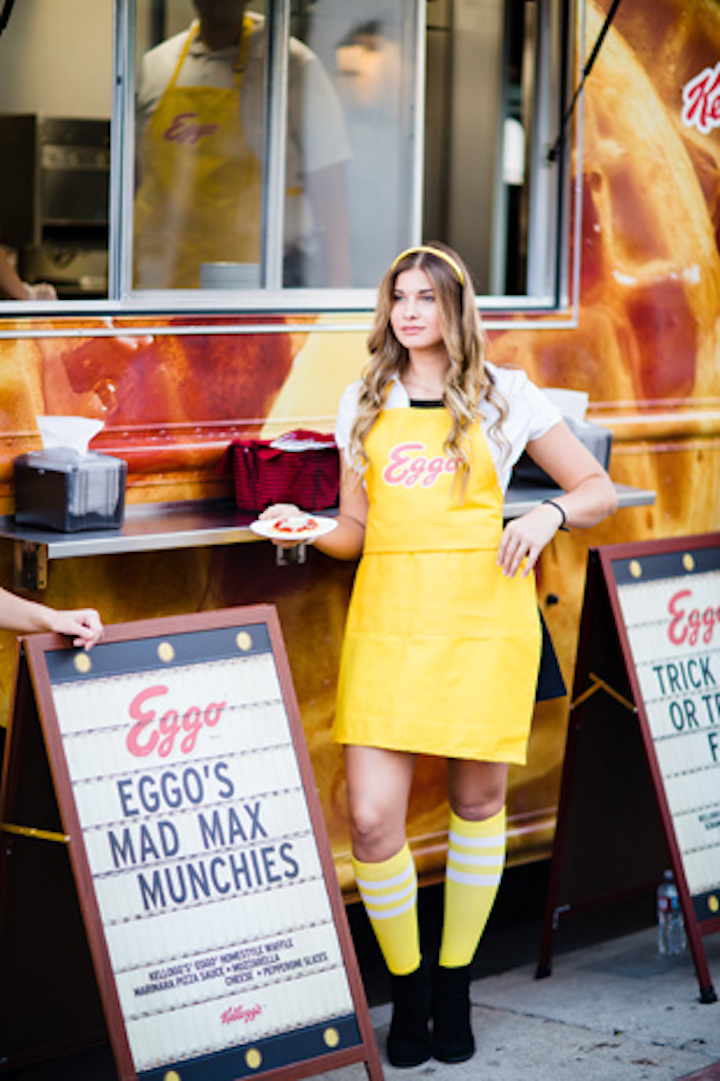 A food truck outside the screening served Eggo waffles—a reference to one character's affinity for the breakfast food.
Photo: Marissa Joy Photography 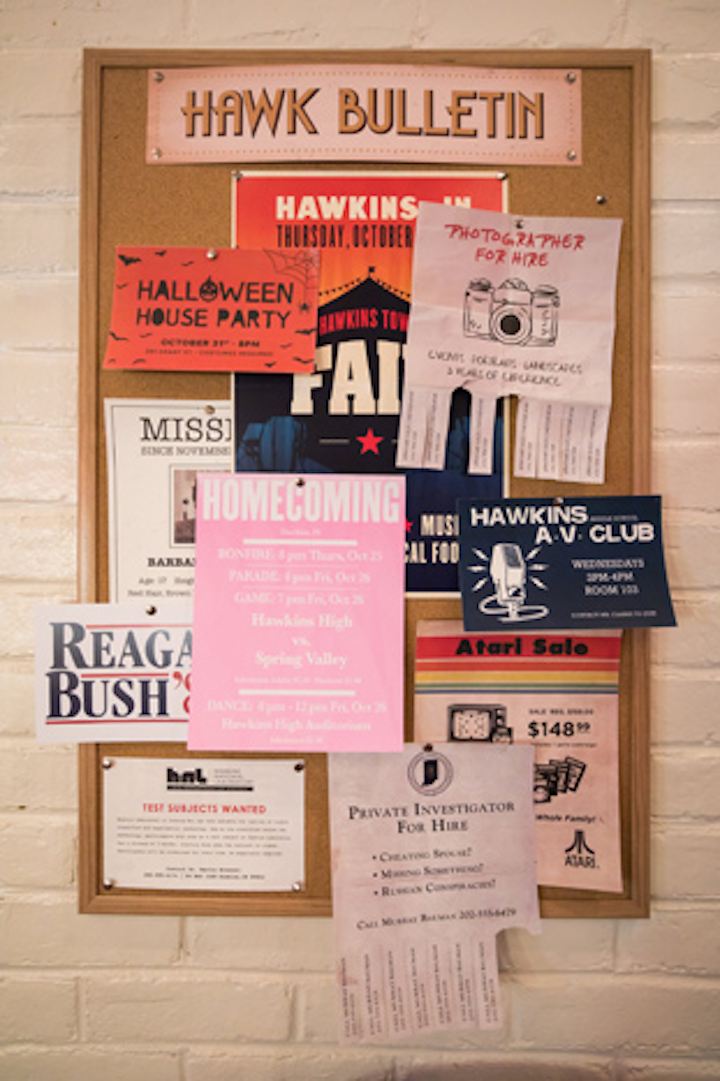 Bulletins and flyers throughout the screening and after-party aimed to immerse guests in the show's setting.
Photo: Marissa Joy Photography 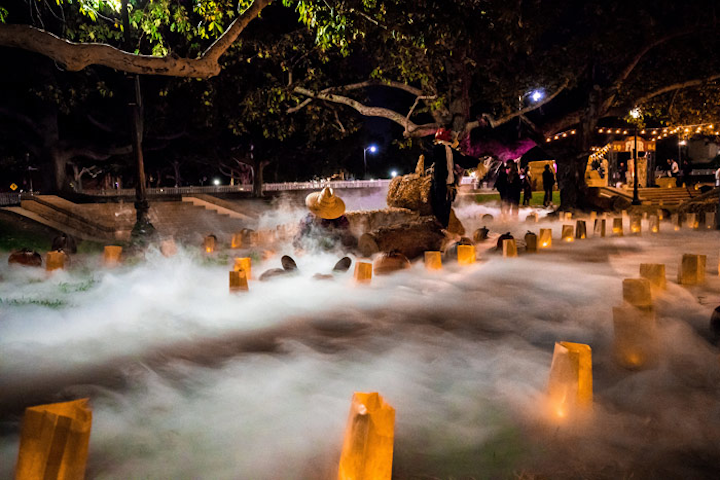 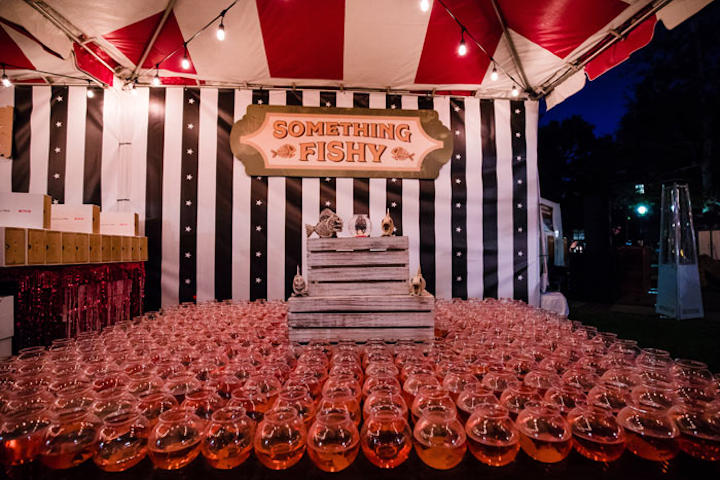 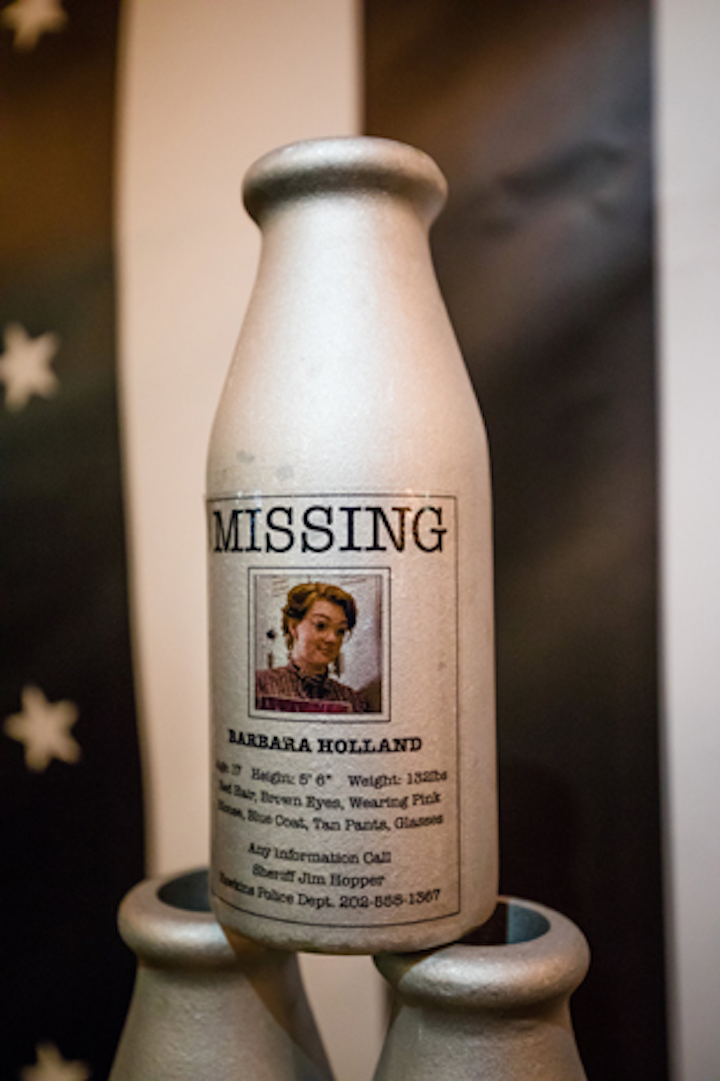 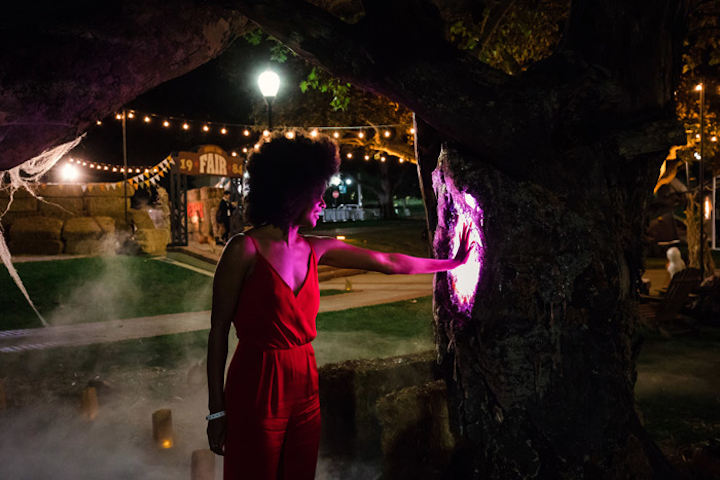 A tree at the event featured a fake portal to the “Upside Down”—a reference to the show’s creepy alternate dimension. Another nod to the Upside Down came in a GIF photo booth by Om Digital that displayed flipped versions of photos.
Photo: Marissa Joy Photography 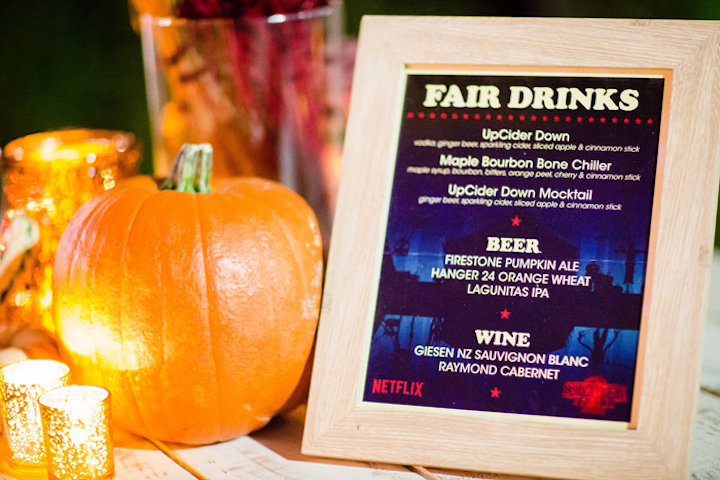 After-party drinks were themed around the show, with cheeky names such as UpCider Down and Maple Bourbon Bone Chiller.
Photo: Marissa Joy Photography 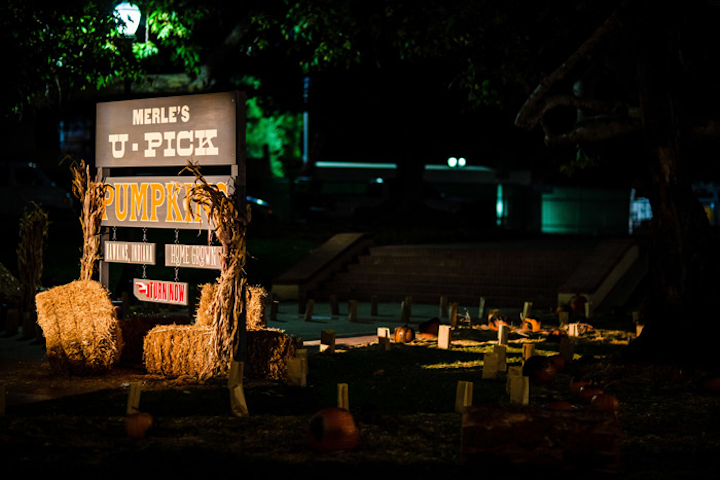 In another nod to season 2, a pumpkin patch was filled with rotten pumpkins.
Photo: Marissa Joy Photography 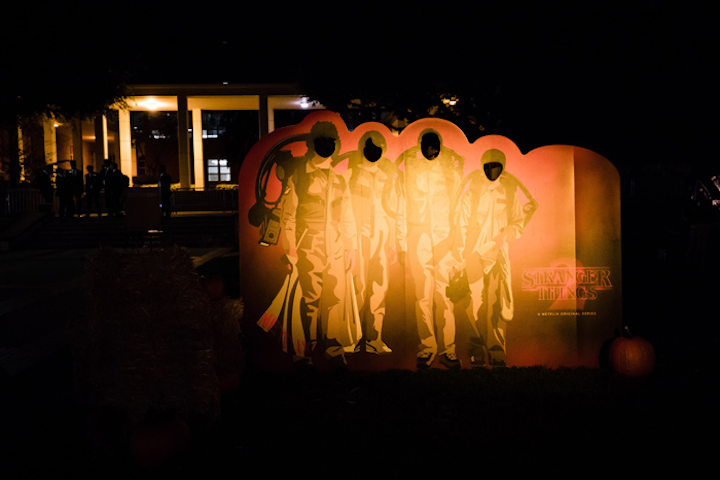 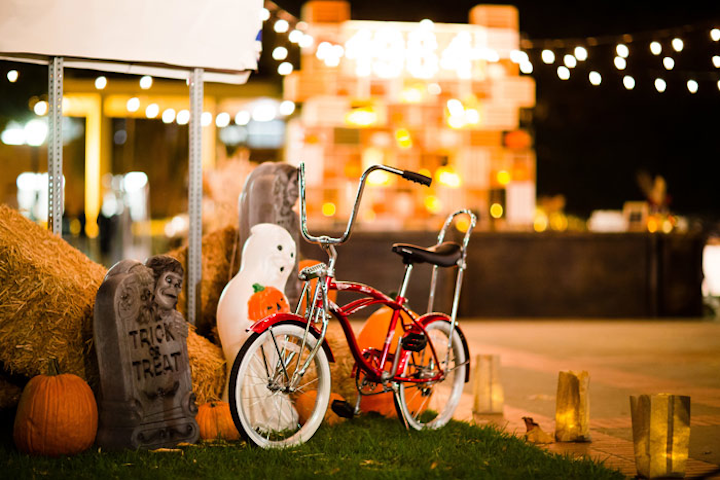 The party took advantage of its proximity to Halloween and featured ghost and grave props, as well as plenty of pumpkins.
Photo: Marissa Joy Photography 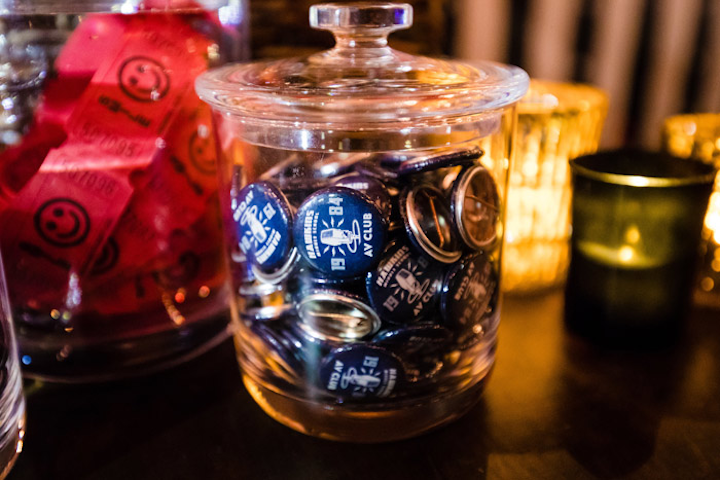 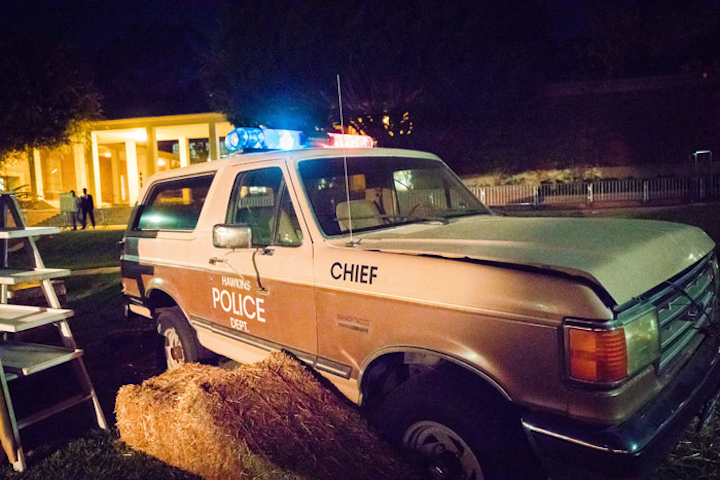