To embrace the popular comedy's concepts of music and community, the network created a carnival-inspired music festival in Los Angeles.

HBO’s comedy series Insecure follows the friendship of two modern-day black women as they navigate their day-to-day lives and relationships. The popular series is known for exploring societal and racial issues, and for featuring music by indie and mainstream artists of color.

“Our goal for any programming is to create a campaign that contributes to its culture and resonates with that audience,” explained Ileana Lagares, director of multicultural marketing at HBO. “For Insecure, music and community are strong tenets and a block party felt very organic.”

For the season one premiere in 2016, HBO hosted a daylong block party in Brooklyn, New York, while season two brought the concept to Inglewood, California, in a setting inspired by the show. Based on the success of those events, the network decided to expand the idea into a full-blown Insecure Fest, which was held at the new Banc of California Stadium on July 21.

“Last year we had big acts with Ty Dolla Sign, Kamaiyah, and SZA, but we were a traditional block party and closed down Market Street in Inglewood to make that happen,” said Lagares. “With Insecure Fest we wanted to double down on the community and music aspect and offer a bigger experience for more people.”

HBO once again tapped New York-based agency Team Epiphany to design and produce the event, which drew 2,000 guests. In addition to the high-profile music performances, the day featured food and custom cocktails from stadium vendors, plus colorful, on-theme carnival games and bounce houses. Insecure creator and star Issa Rae introduced the world-premiere screening of the first episode of season three; other celebrity attendees included actress Neicy Nash, football star Victor Cruz, and the cast and crew of the show.

So, how will HBO go even bigger for season four? “You’ll have to wait and see!” teased Lagares.

Season three of Insecure premiered on August 12. Click through the slideshow to see inside the unconventional premiere party. 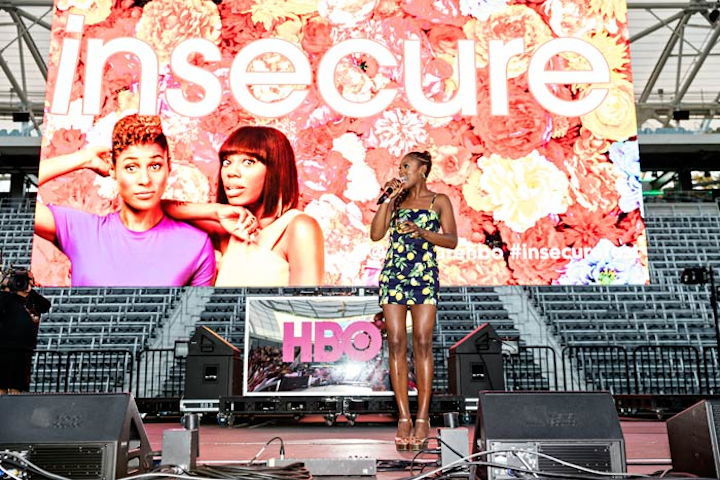 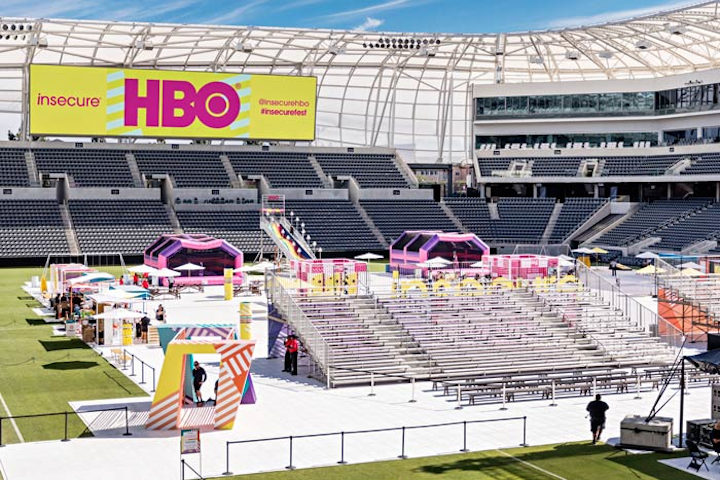 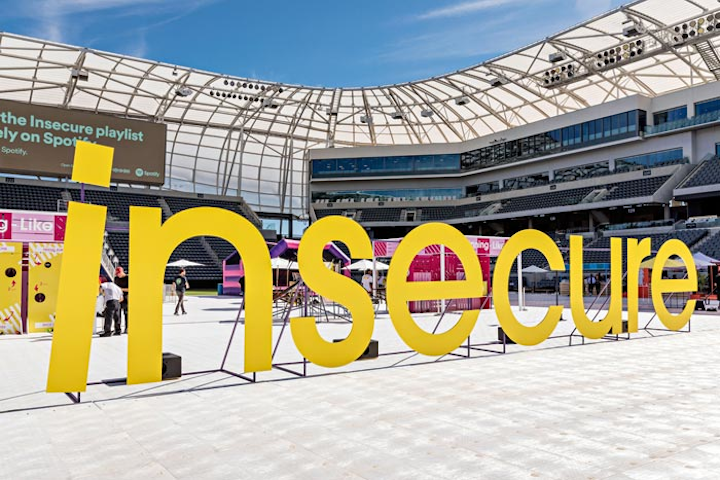 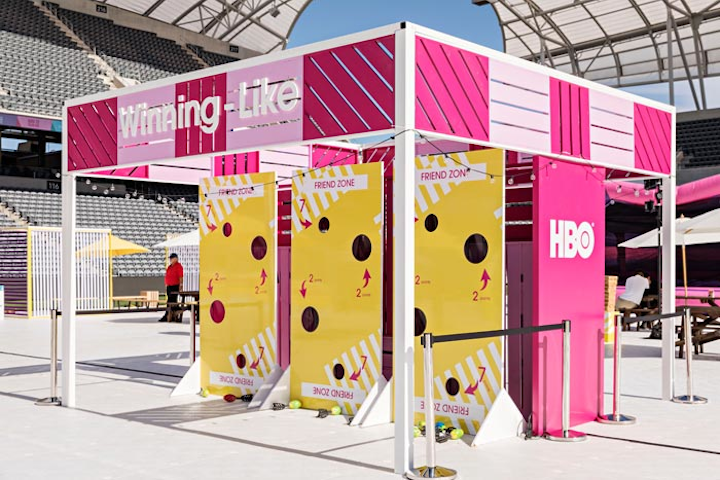 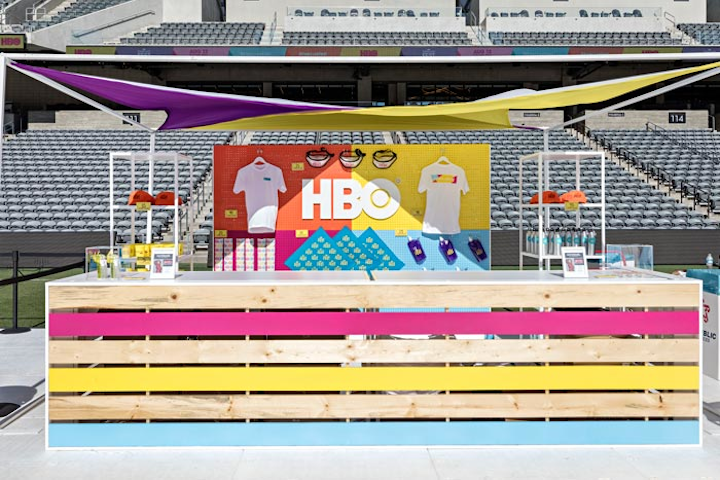 Attendees racked up tickets by playing games, which could then be redeemed at a colorful prize booth featuring HBO and Insecure merchandise.
Photo: Dorothy Hong 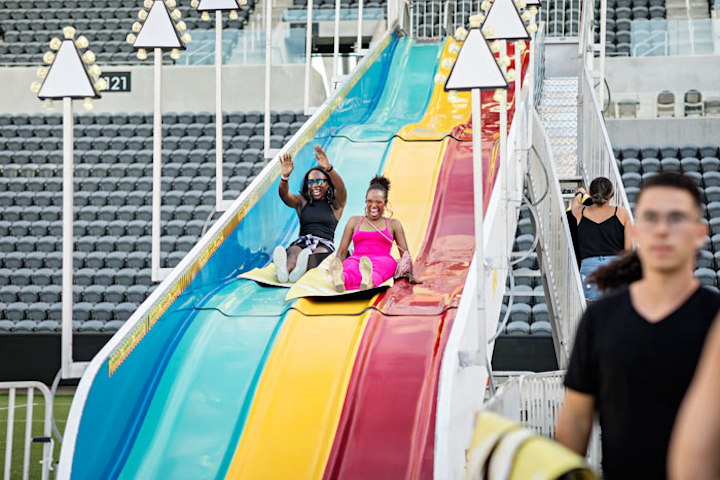 Guests could take a turn on a large colorful slide.
Photo: Dorothy Hong 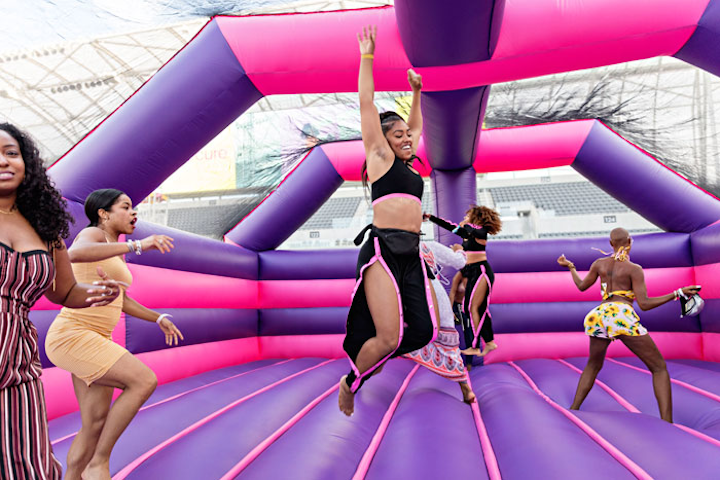 A moonbounce was also on site.
Photo: Dorothy Hong 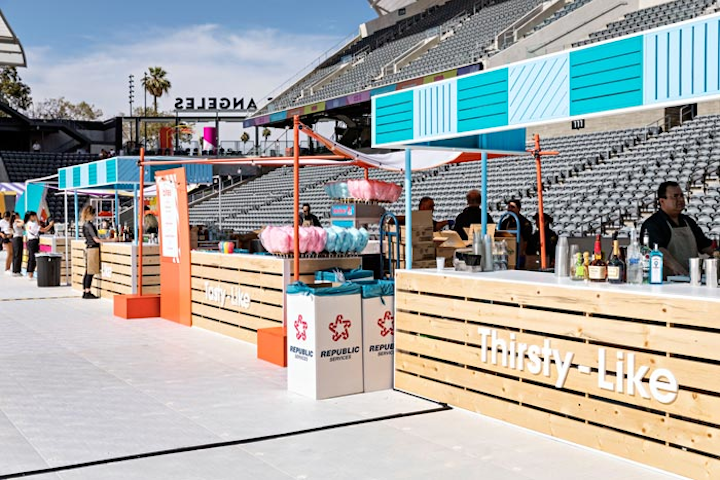 Stadium vendors offered food and drinks inspired by the show. The different areas had names such as "Tasty-Like," and "Thirsty-Like," as a reference to season three's episode titles.
Photo: Dorothy Hong 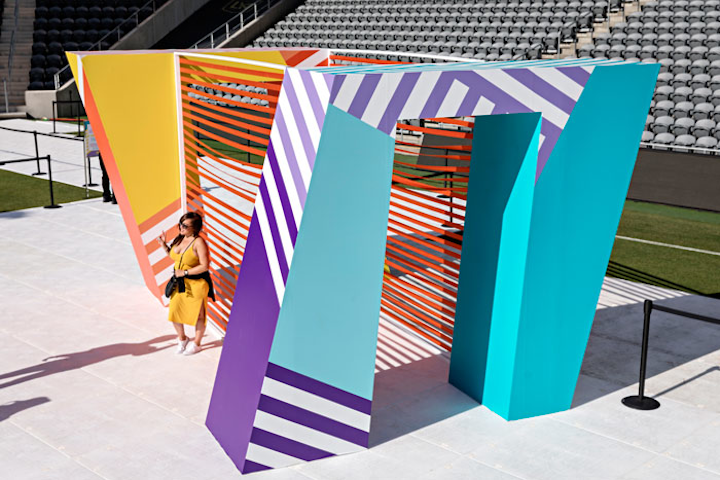 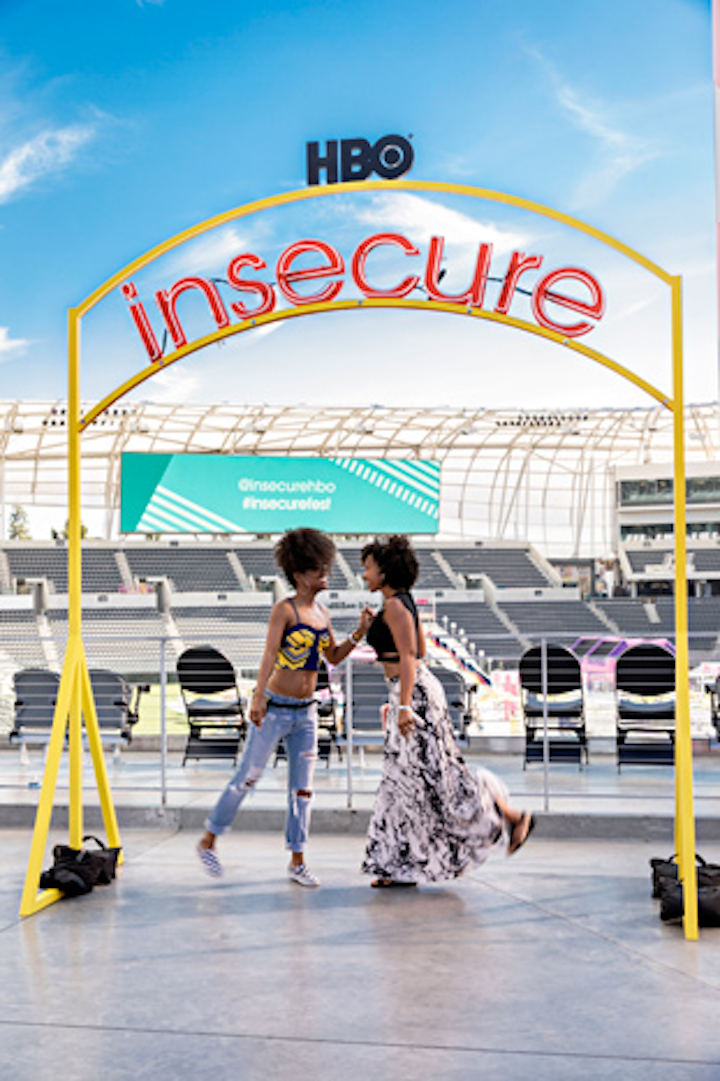 Another popular photo op was a branded arch at the entrance to the stadium.
Photo: Dorothy Hong 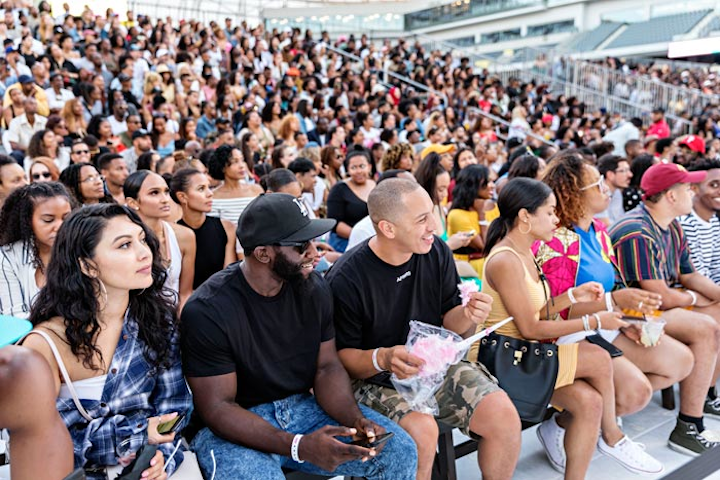 Guests sat on bleachers for the screening.
Photo: Dorothy Hong 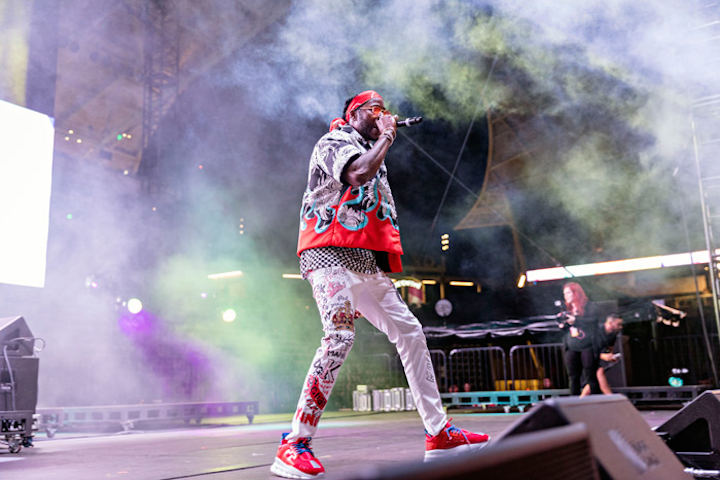