The luxury hospitality brand aims to showcase its well-known talent and service beyond the hotel.

Dubbed #FourSeasonsPopDown, the international series of immersive experiences by the luxe hospitality company kicked off at the Toronto International Film Festival in September 2017, with the second event taking place in Philadelphia from September 22 to 25. Two other cities, Miami and Hong Kong, are also set to host events.

While the design of each “pop down” is inspired by the host city, the format remains the same: A team of Four Seasons chefs and mixologists from various properties come together to showcase the brand and its renowned service.

“We wanted to take what we do and bring it outside our hotels because at Four Seasons we’re very well known for our service, and our service is rooted in our people,” explained Sarah Tuite, senior director of corporate public relations for Four Seasons Hotels and Resorts.

At the invitation-only evening event, which was held on September 25 at BOK in Philadelphia's Passyunk neighborhood, the participating chefs and mixologists (who will also be part of the permanent team at the new Four Seasons Hotel Philadelphia at Comcast Center) included chef Jean-Georges Vongerichten, local chef Greg Vernick, and hotel executive chef Maxime Michaud.

The crowd included a mix of frequent Four Seasons guests, Philadelphia V.I.P.s, media, social media influencers, and clients. Tuite explained that the event series is aimed to attract a millennial (and millennial-minded) audience but not exclusively, adding that the events are successful because of the mix of guests.

A key element of the event series, said Tuite, is “separating the physical spaces where we host lots of events and take that and recreate the world of Four Seasons outside and allow our guests and media to engage with the brand in a unique way.” That means nixing Four Seasons properties and restaurants for more out-of-the-box, unexpected venues like BOK, which is a rooftop bar located at the top of a historic vocational school.

Guests traveled through the old-school hallways to access the rooftop, which offered expansive views of the Philadelphia skyline, as well as a sneak peek of the site of the new hotel, which is set to open in 2019. The Four Seasons team worked with local event partner Fred Stein of the Creative Group to scout the venues.

Tuite said that “if there’s a wedding there or if it’s commonly used for corporate events, it’s not what we want.”

In addition to the evening party, floral artist and artistic director of the Four Seasons Hotel Philadelphia Jeff Leatham created four giant floral installations located at various locations around the city, including the 30th Street Amtrak station, Passyunk Triangle, Comcast Center, and the Philadelphia Museum of Art. The installations remained in place until September 25.

Next up is Miami, where the “pop down” will be hosted on a massive yacht in December. 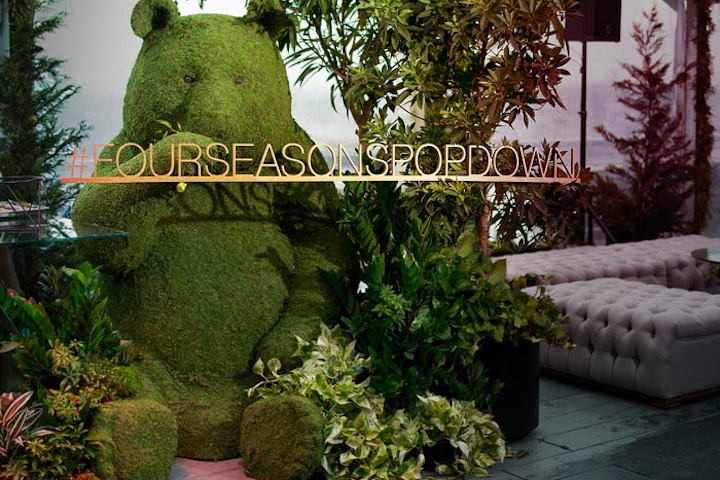 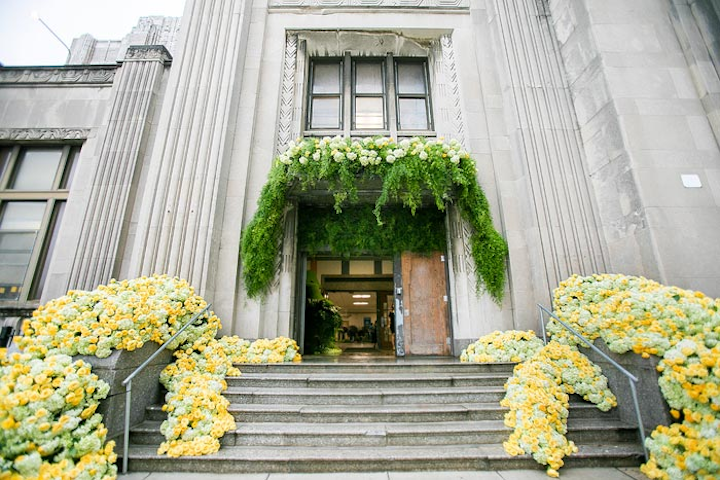 The entrance to BOK boasted lush floral arrangements cascading down the steps and across the doorway.
Photo: Courtesy of Four Seasons 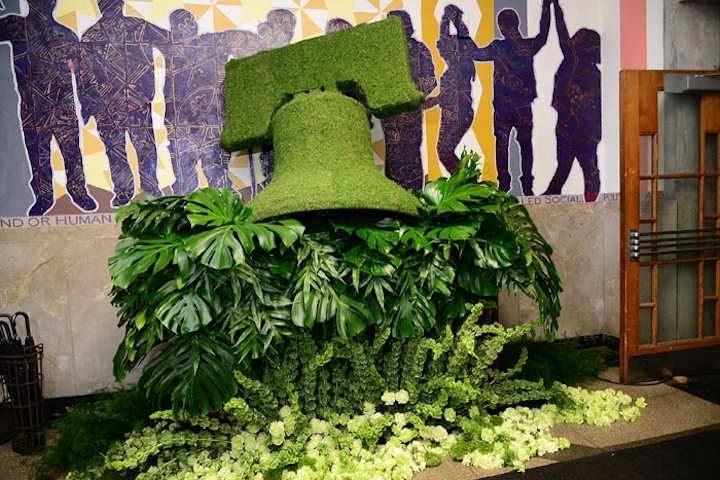 Inside the entryway to the historic school sat a large topiary in the shape of the Liberty Bell.
Photo: Lisa Lake/Getty Images for Four Seasons Hotels and Resorts 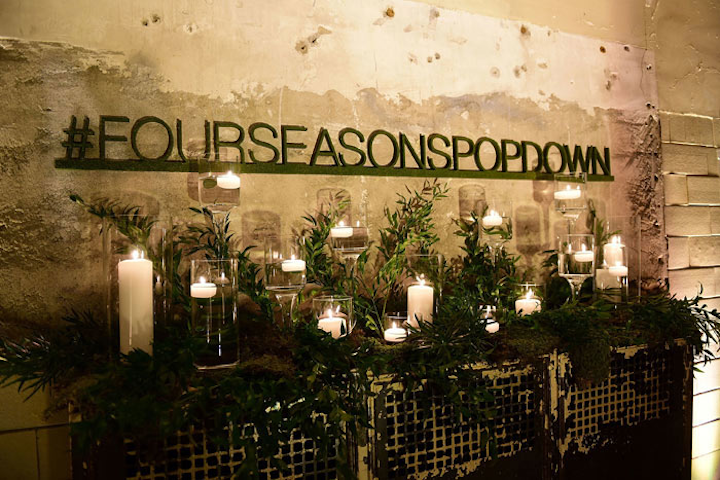 The event’s hashtag was displayed prominently throughout the event space.
Photo: Lisa Lake/Getty Images for Four Seasons Hotels and Resorts 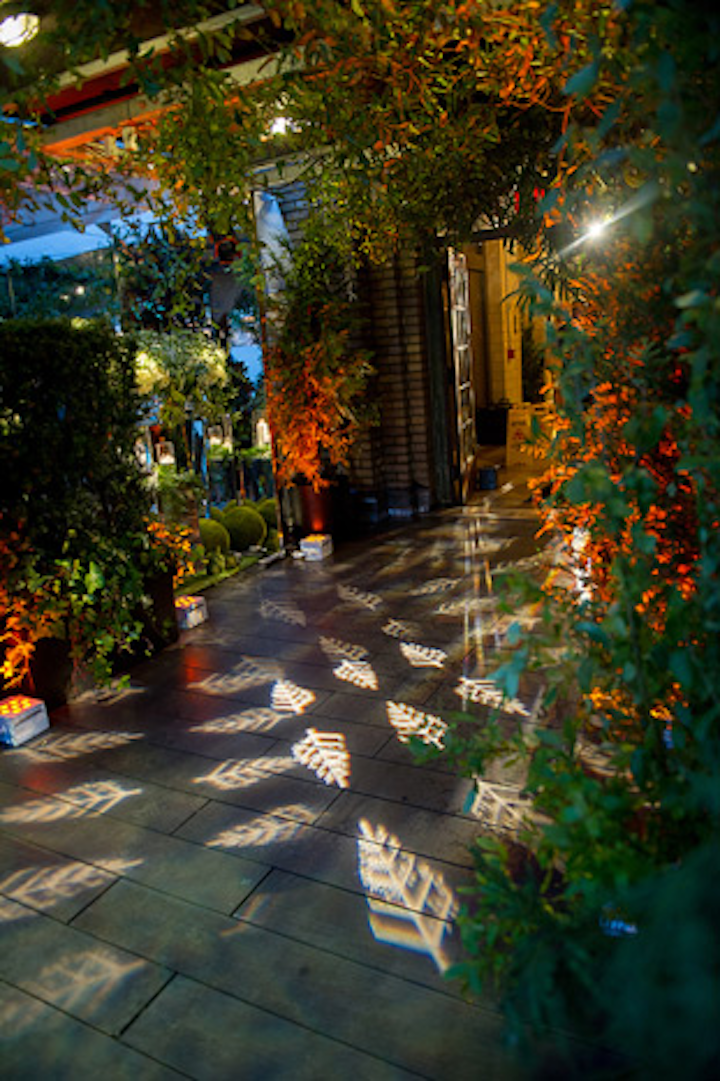 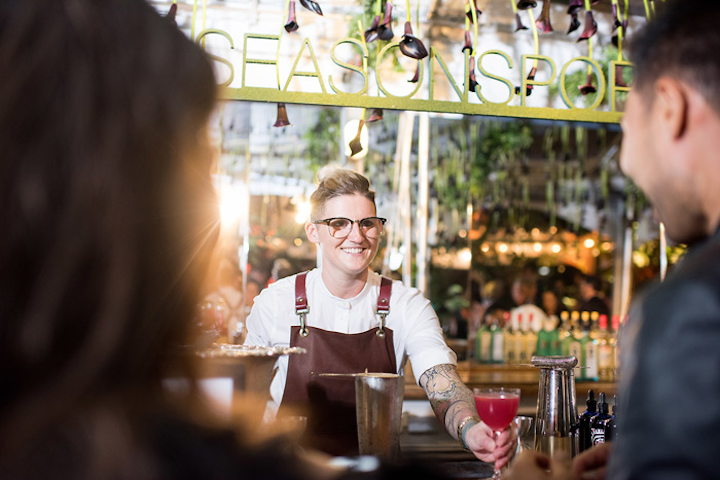 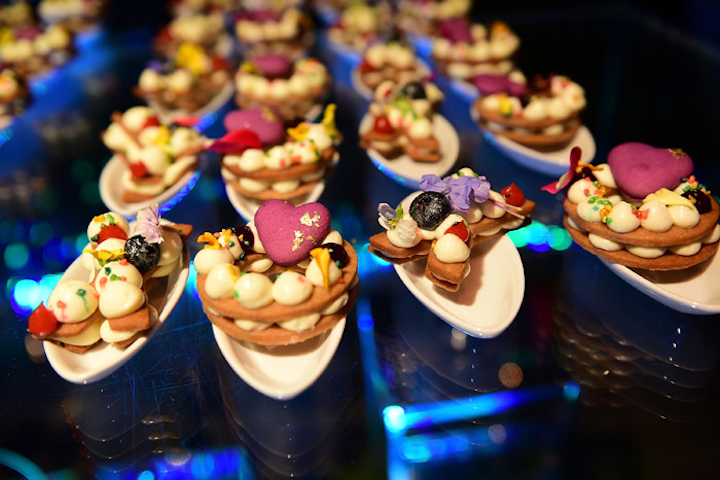 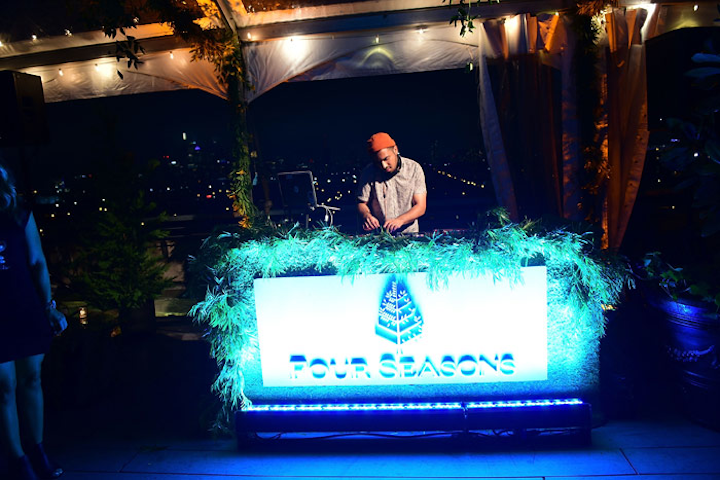 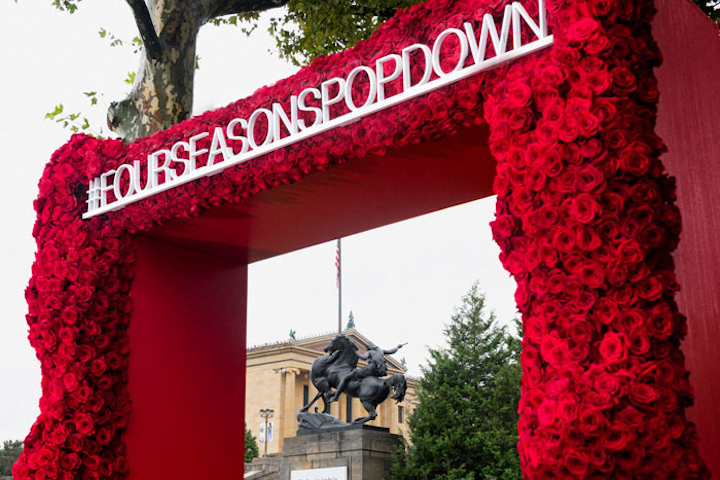 A massive frame of red roses sat next to the famous Rocky statue at the Philadelphia Museum of Art.
Photo: Courtesy of Four Seasons 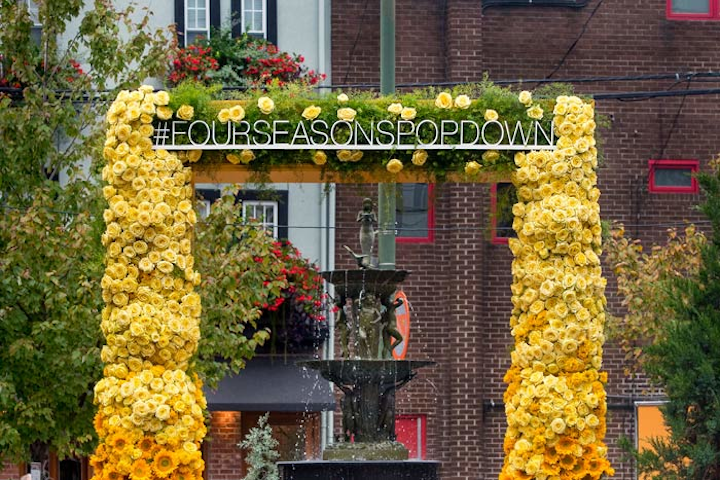 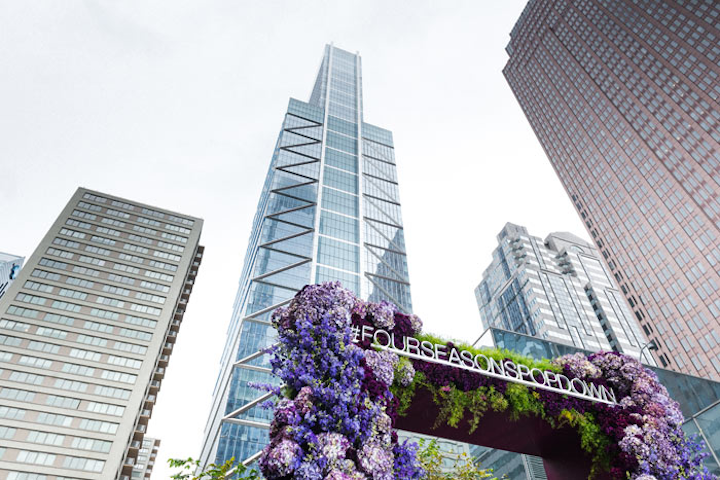 The floral installation at the Comcast Center featured blooms in varying shades of purple.
Photo: Courtesy of Four Seasons 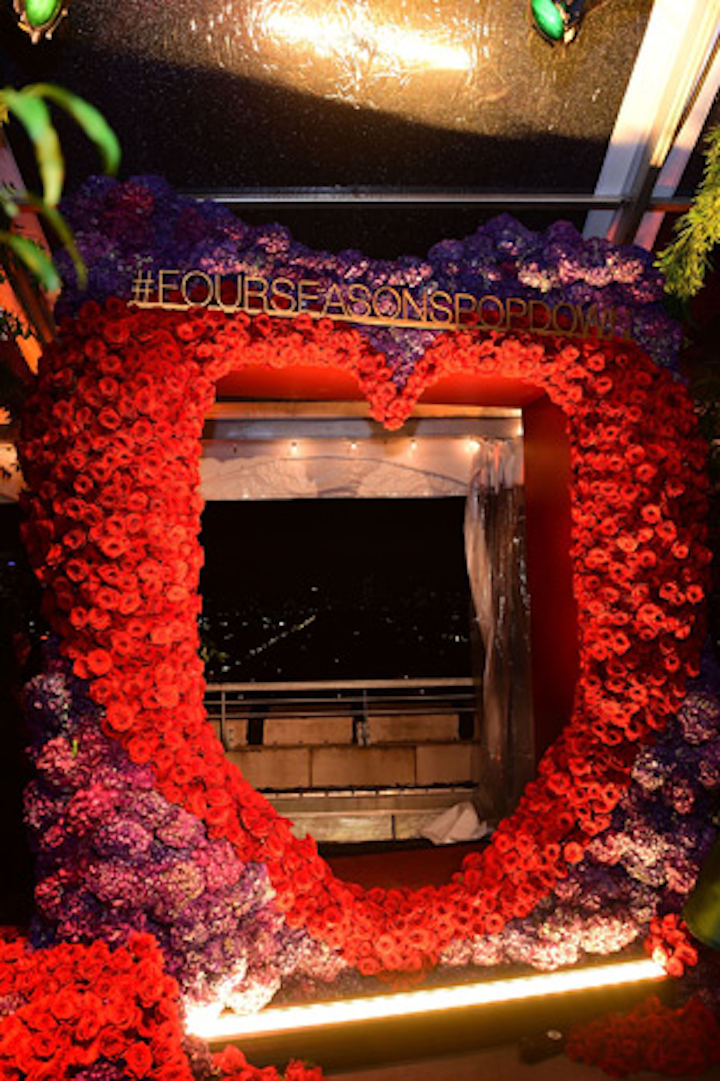