Bumble, the dating and social connection app where women make the first move, has had a steady event push in the U.S. for the past couple years, bringing its yellow, bee-theme aesthetic to networking events, pop-up spaces, dinner series, and experiential houses. For the launch of its first major Canada-only campaign, titled Bumble Boldy, the brand took over a Toronto bar for one night, where it brought some of its signature dating features to life through decor and activities for guests.

The brand partnered with creative agency Narrative to turn Bangarang into Bar Bumble on February 14, Valentine’s Day, inviting single users on the app to meet and mingle. To promote the event, Narrative created an out-of-home advertising campaign that was featured on the Bumble app, Instagram, and in physical ads in Toronto. Emily Ramshaw, country lead for Bumble Canada, said the postings influenced 330 app users to take things offline and meet people in real life at the event.

The Bumble Boldly campaign encourages users to be vulnerable and boldly go after what they want in 2019. Bumble recently conducted a survey of more than 1,000 Canadian millennial women and found that more than half of them are settling in personal relationships (23 percent referred to romantic relationships), and nearly half viewed vulnerability as a weakness.

“Bumble Boldly ties into both seasonality—the new year and wanting to make resolutions and start off on the right foot—and brings our users and potential new users into the conversation by asking them to be vulnerable and say, honestly, what they want,” said Ramshaw.

Inside Bar Bumble, the atmosphere was inspired by different app features, Ramshaw said. For example, candy machines were filled with paper conversation starters, which suggested first move lines to attendees if they were undecided on how to start a conversation with another attendee. The starters also lent themselves to a “Make the First Move” game at the event. Along with the matchmaking games, guests could also enjoy an open bar with cheekily named cocktails, Bumble merchandise, and music by DJ Dre Ngozi.

Ahead of the campaign launch event, Bumble ambassadors across Canada were tasked with holding their own, smaller Bumbly Boldy events in January, which included an influencer and media brunch at Rosalinda in Toronto. The ambassadors selected for the January event series were people Ramshaw described as “exceptionally forthright and honest in their public communication.”

“Because Bumble is an app, but one that is all about connecting people, it's important that we continue the experience of Bumble in real life,” said Ramshaw of the campaign’s event strategy. “As much as we can, we build events that offer our users a safe space to meet and connect in real life. It's very important that our users feel as empowered at these events as they do on the app.”

Here’s a look at how Bumble and Narrative transformed Bangarang into a branded pop-up bar. 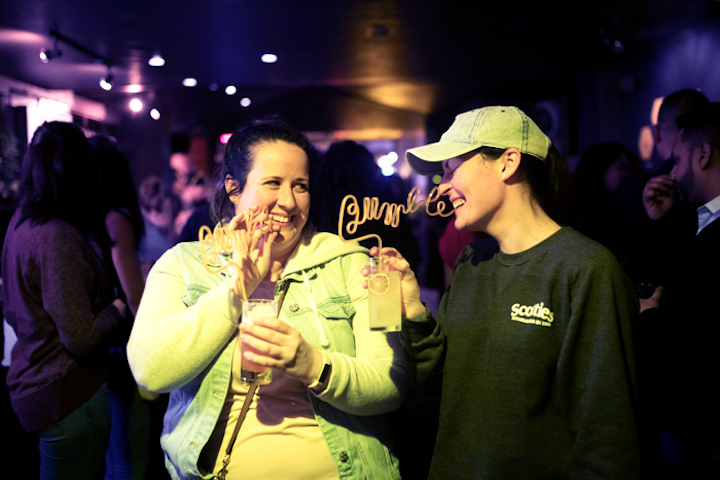 Guests could sip on cocktails with Krazy Straws that spelled out "Bumble."
Photo: Sarjoun Faour 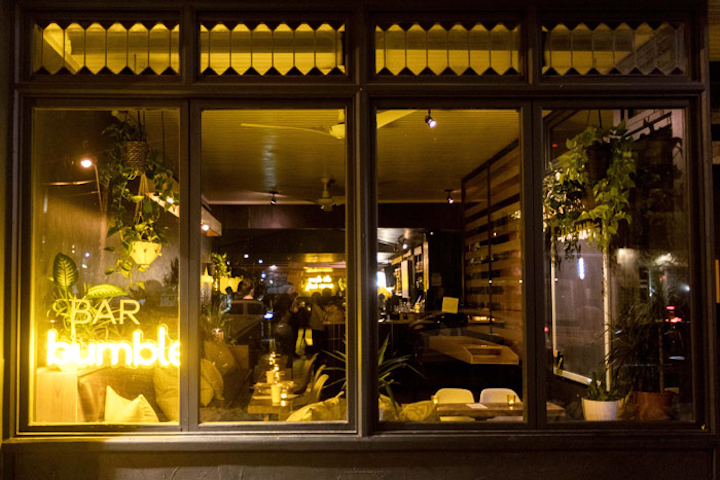 Bumble took over Bangarang bar on February 14. An in-app invite was sent out to Bumble Date and Bumble BFF users across Toronto, drawing 330 guests. Ramshaw said the campaign and event took around five months to plan and execute. Narrative oversaw the design of the event and North Marketing Solutions assisted with the physical execution.
Photo: Sarjoun Faour 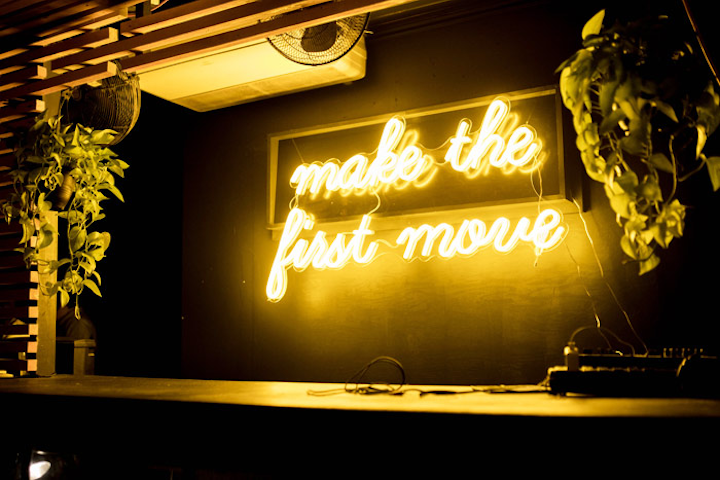 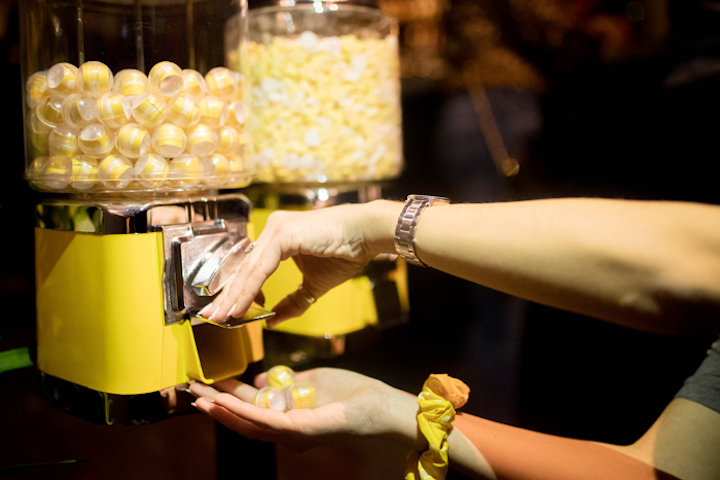 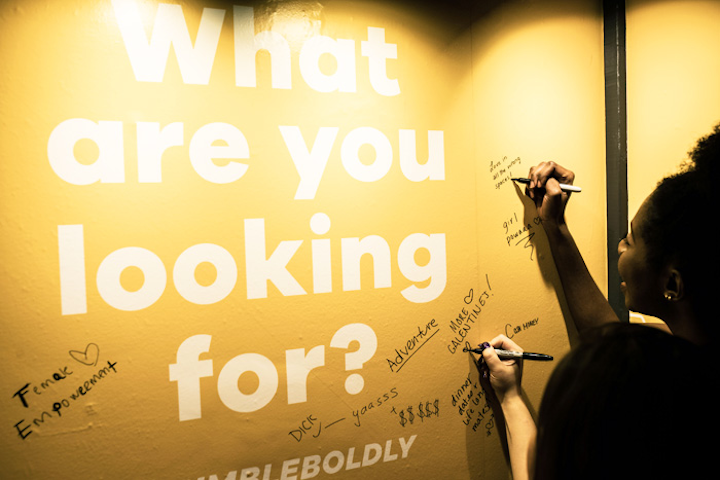 Guests could write what they were looking for—in a relationship or in general—with Black sharpie markers on a yellow wall.
Photo: Sarjoun Faour 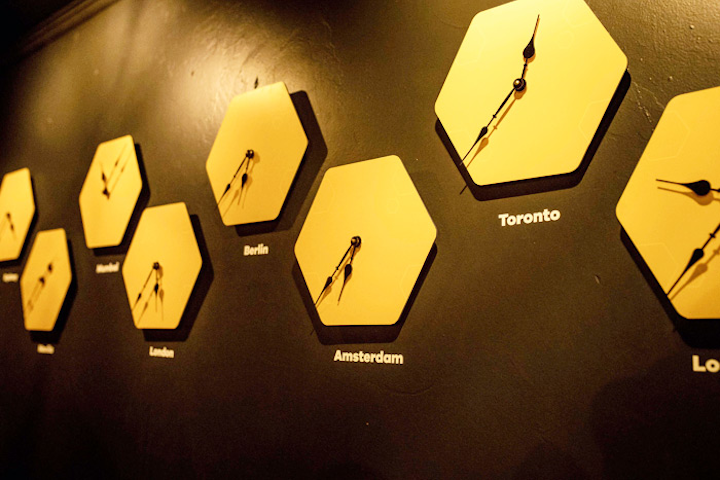 Analog clock cutouts on the walls represented other Bumble Valentine's day events that were happening in cities around the world.
Photo: Sarjoun Faour 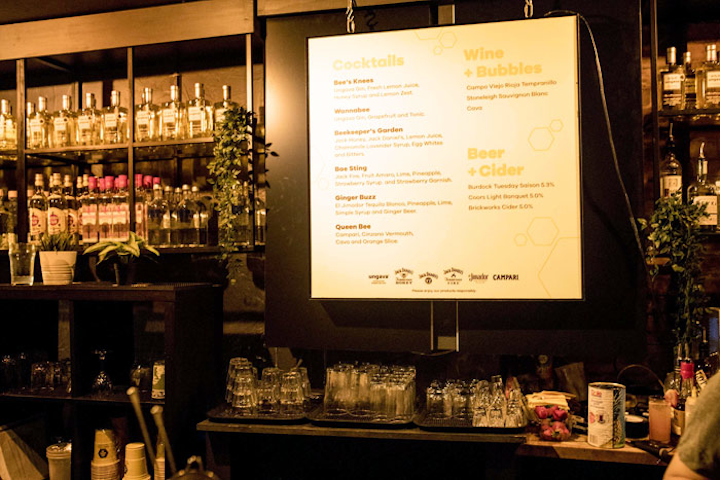 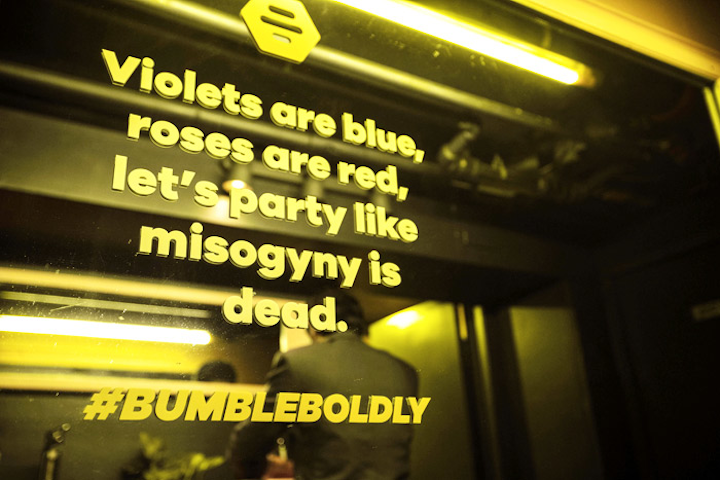 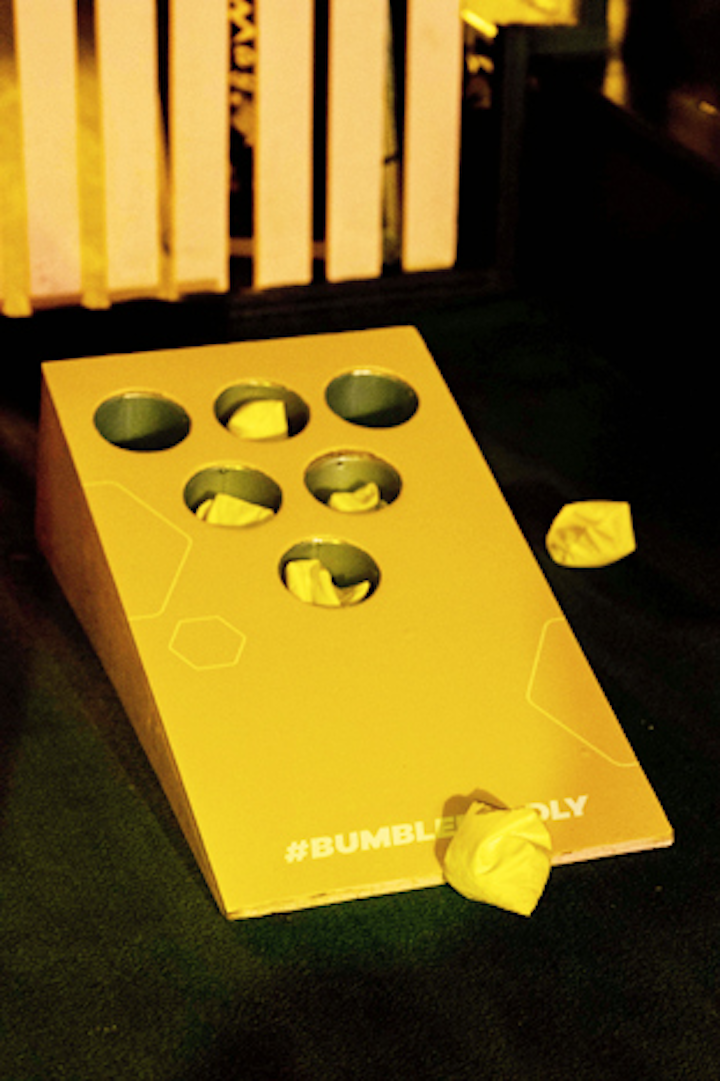 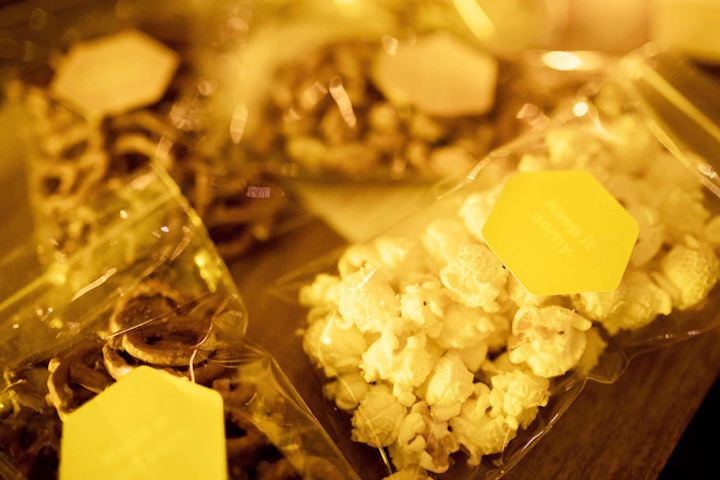 To-go treats such as popcorn and pretzels were on hand for guests. Bags were labeled with yellow taglines, including ones that read "Keep it Corny."
Photo: Sarjoun Faour
More in Event Design