Guy Fieri's Walk of Fame Celebration Had Gold-Painted Dancers, a Performance From Foreigner, and Plenty of Burgers

The Food Network threw an over-the-top celebration for the colorful chef to celebrate his induction into the Hollywood Walk of Fame. 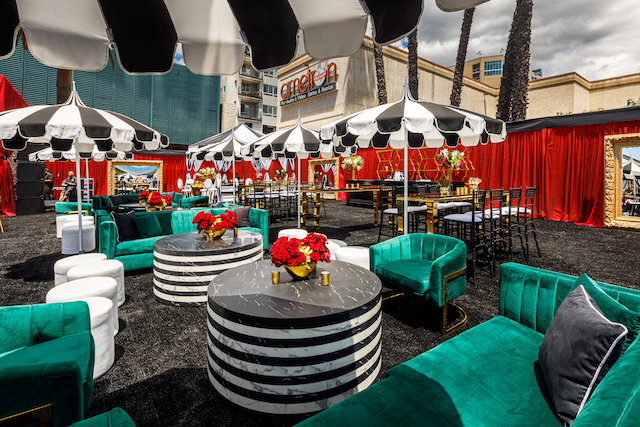 The reception, which immediately followed the Walk of Fame induction ceremony, had an upscale carnival theme inspired in part by the movie The Greatest Showman.Photo: Sean Twomey/2me StudiosLOS ANGELES—While many celebrities who receive a star on the Hollywood Walk of Fame celebrate with a small dinner or cocktail party, it's perhaps no surprise that chef and TV host Guy Fieri's event was a bit more colorful.

Taking place immediately after the May 22 ceremony, the Food Network-hosted event drew about 400 of Fieri's friends and family, colleagues, and Discovery executives to the Hollywood Palladium. Event management company Chad Hudson Events handled design and production.

"We wanted to do something a little different, to host a party that would play up Guy’s fun personality and energy," explained Irika Slavin, senior vice president of partnerships, publicity, and talent relations for Discovery (which owns Food Network). The event had an upscale carnival theme inspired in part by the movie The Greatest Showman. Slavin noted that Fieri himself was not involved in the planning.

"Where I am certain Guy would have loved to have had a hand in planning the reception, Food Network wanted to throw this for him," she explained. "Guy was already so appreciative by being selected to receive the star, we wanted to blow him away with our post-ceremony luncheon—we wanted to surprise him."

She added, "Guy's only ask was for a musical element and some burgers."

Those requests were accomplished with a surprise performance from Foreigner, one of Fieri's favorite bands, plus plenty of burgers and other catering from Heirloom. Other appropriately over-the-top elements of the daytime event included black-and-white striped rentals, deep red carpeting, and colorful lounge areas. Male and female dancers wearing gold body paint, plus models in circus-inspired get-ups or on stilts, entertained the crowd, while an all-black, wheel-covered step-and-repeat was inspired by Fieri's love of cars.

The Walk of Fame ceremony itself was planned and executed by the Hollywood Chamber of Commerce and was open to the public. Fieri's longtime friend Matthew McConaughey spoke at the event, which was live streamed on the Walk of Fame website. "In a business where you can be anyone you want to be, you’ve been you the whole time. That ain't easy,” said McConaughey. 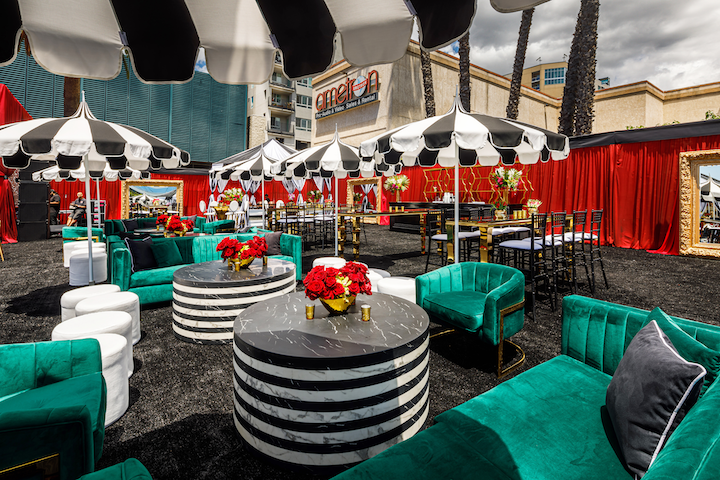 The reception, which immediately followed the Walk of Fame induction ceremony, had an upscale carnival theme inspired in part by the movie The Greatest Showman.
Photo: Sean Twomey/2me Studios 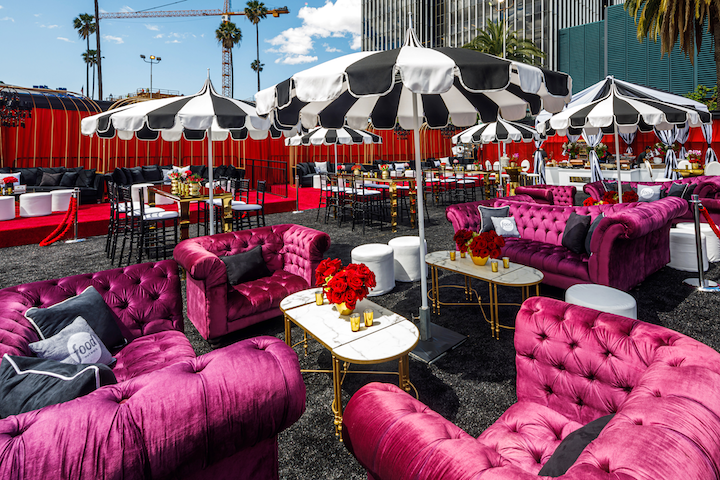 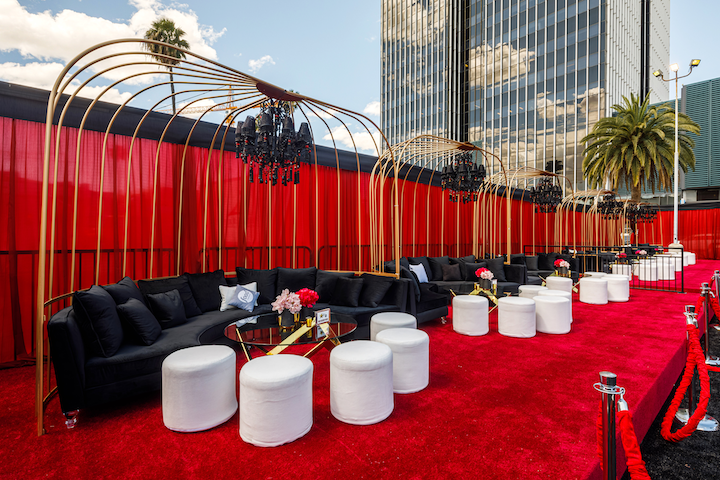 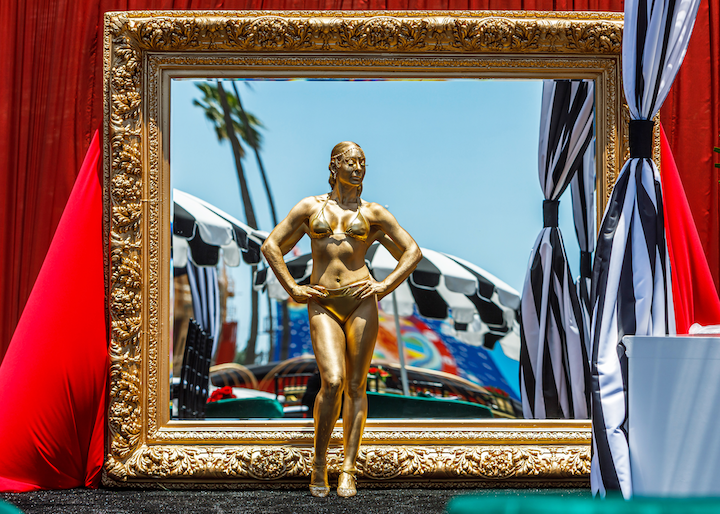 Male and female models wearing gold body paint, plus others in circus-inspired get-ups or on stilts, entertained the crowd.
Photo: Sean Twomey/2me Studios 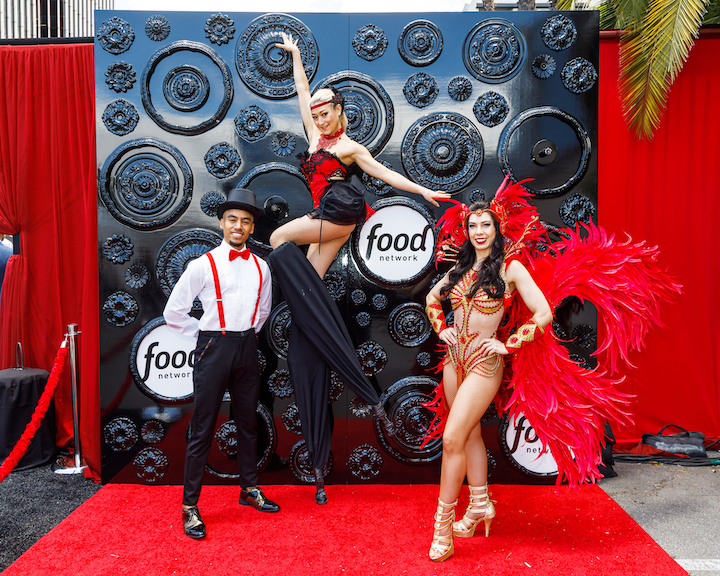 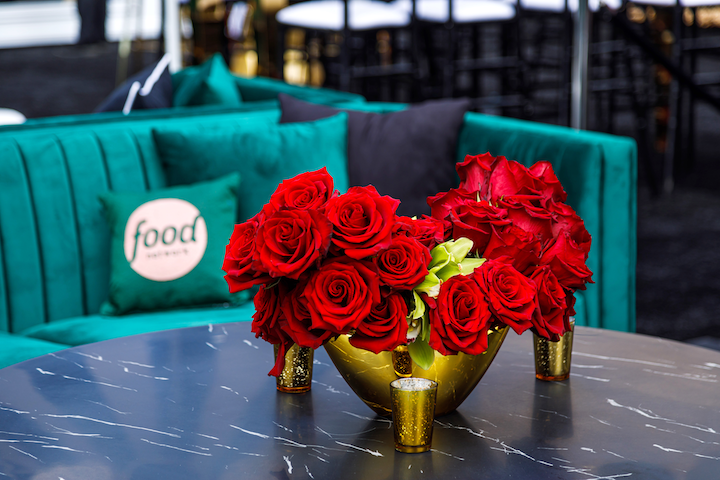 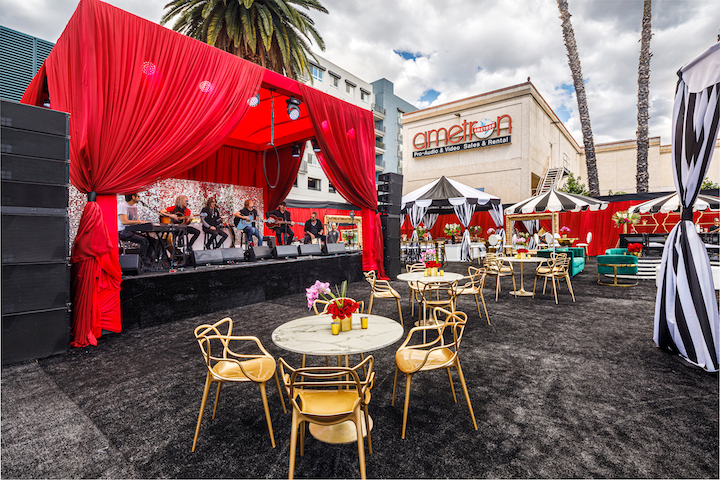 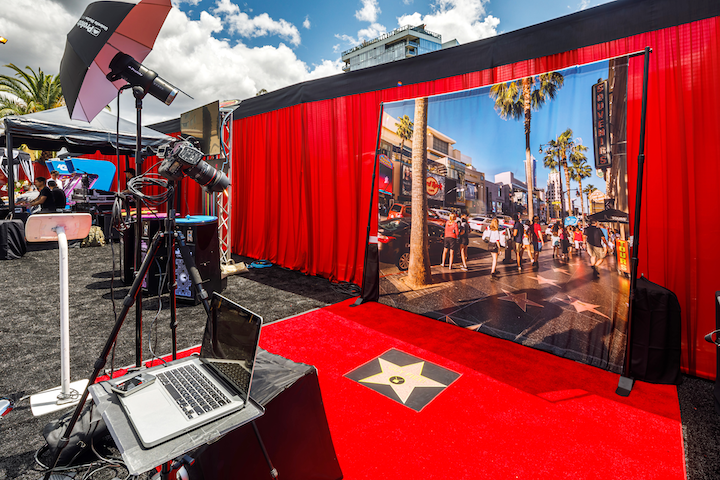 A photo op had the Walk of Fame as the backdrop.
Photo: Sean Twomey/2me Studios 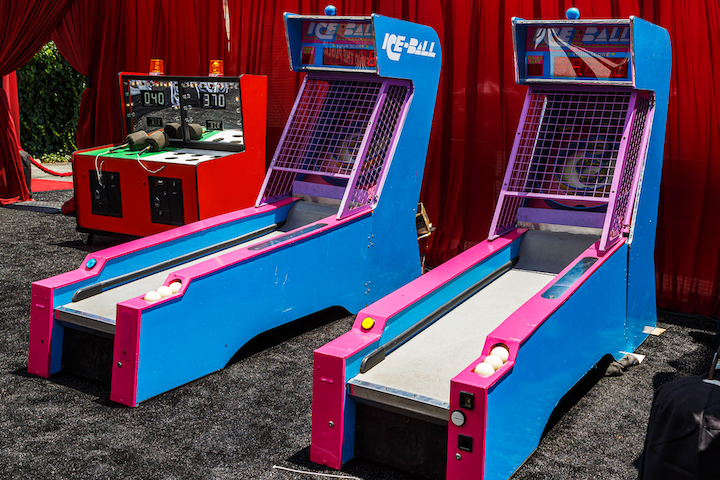 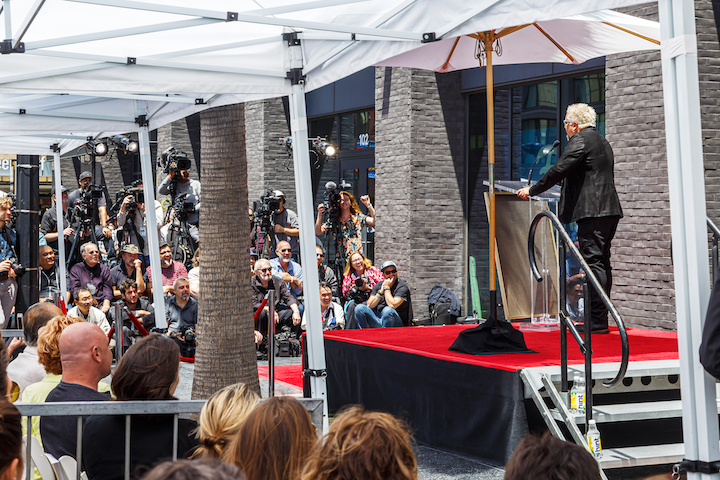