The founder and C.E.O. of Meta.is creates digital-first experiences that attendees won’t forget.

More brand activations and events are offering technology-infused experiences for guests, and Justin Bolognino is one of the leaders bringing these experiences to life. While many companies provide in-house creative services, Meta.is does it with a twist—the company offers creative technologists dubbed “experience directors” to create digital-first experiences that attendees won’t forget.

A musician at heart, Bolognino, 37, moved to New York in 2002 to play music and soon became a production assistant at ResFest, a now-defunct digital film festival. In 2005, he launched Learned Evolution, a design marketing shop, and later started representing a live audiovisual act called Eclectic Method—which is when he developed a knack for representing tech-forward talent.

“I noticed a trend in the industry where there was a new type of creator that blends tech, art, and the live experience together. They weren’t treated as talent so much as treated as work for hire,” he says. “Over time, it became clear that this new type of artist was emerging, so I started signing them and getting in between clients and the talent.”

Bolognino’s two independent companies were acquired by the former EDM company SFX Entertainment (now LiveStyle) in 2014 to be its in-house creative  services and experiential division. But after deciding it wasn’t a good fit, Bolognino left and launched Meta.is in early 2016. A curatorial and collaborative production company, Meta.is has three layers: creative services, talent representation, and taking the company’s own digital technologies and owned experiences and integrating them for brands.

The most notable event that put Meta.is’s experiential talent on the map was Panorama—AEG Live and Goldenvoice’s inaugural East Coast music festival, which came to New York in 2016. The event was a convergence of music, art, and technology, with the focal point being the Lab, a pop-up museum that featured a variety of digital interactive art exhibits curated by Meta.is. Bolognino feels his company set a standard for what a music festival can offer beyond high-profile headliners.

“We set that bar not by trying to plug technology in, but by making it part of the core ethos. It’s baked into the DNA,” he says. “If you try to add technology to a festival in a way that might not make sense, then it might not work. From that foundational standpoint, we were able to grow something really authentic and meaningful.”

For the second edition of Panorama in July, Bolognino says the Lab will be even bigger and will focus more on group interaction. “Last year, we were building the airplane as we were flying it. This year, we’re starting off on the runway,” he says. “We’ll be able to really focus on the details and the user experience to a much higher degree. We had famously long lines last year. This year, we’ve made a rule where a minimum of eight people at once have to be able to interact with an installation.”

Bolognino also is at the forefront of bringing mixed-reality experiences to events. At xAd’s On Location conference in New York last fall, Meta.is produced an augmented-reality fashion show, tapping Brooklyn-based creative technology studio Superbright and fashion designer Frimodt for an interactive shopping experience for attendees with smartphones. Guests who downloaded a custom app on their mobile devices were able to interact with a synchronized 3-D augmented-reality environment, with information including pricing and retail locations popping up on their screens as models walked the runway.

“Why we’re focused on AR, first and foremost, is that everyone has a phone in their pocket. We’re all addicts and need those screens, so why not own that space if you’re the event producer as well?” he says. “People are going to take photos of a fashion show anyway, so why not add a layer of information between the user and the stage?”

Next, Meta.is is focused on launching its own platform called UR—which stands for Unreality—that will include an event that Bolognino describes as “part conference, part immersive theater.” The company is also developing an app offering personalized content; Bolognino hopes to launch both this fall.

“We’ve always been leaders at blurring the lines between the physical and digital space,” he says. “But now that we have our own technology stack, I really feel like we’re catching our stride toward where we really want to be.” 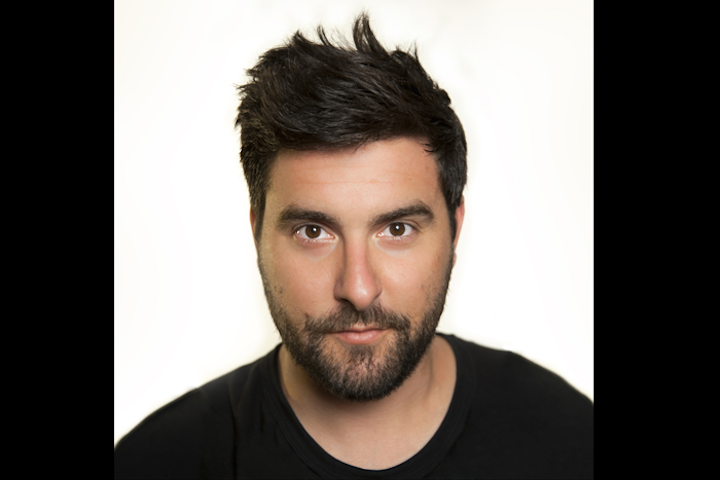 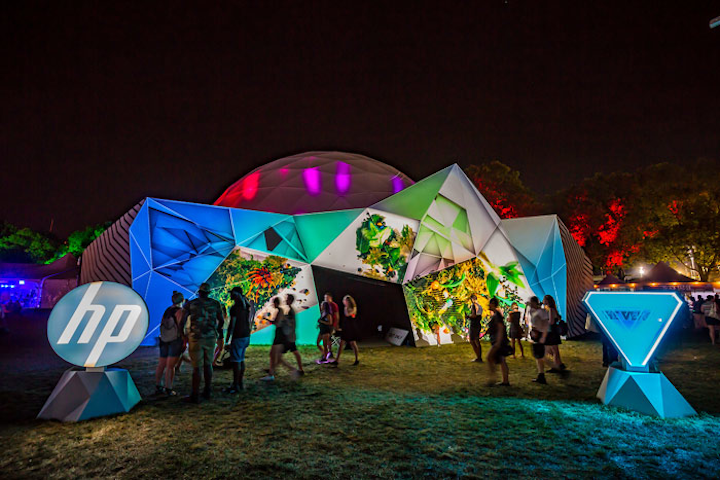 The Lab at the Panorama music festival offered interactive art exhibits curated by the agency.
Photo: Courtesy of Meta.is 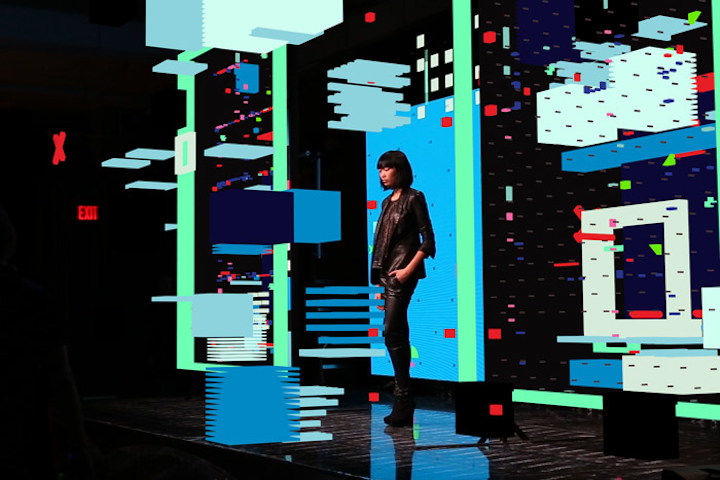