In a technology-driven world, the founder of Outstanding in the Field understands the value of simple, face-to-face gatherings focused on good food.

Jim Denevan, founder and C.E.O., Outstanding in the Field

Basic Stats: Jim Denevan, 56, founded Outstanding in the Field, a series of pop-up dinner parties known for its single long table, stunning locations, and focus on food’s origins, in 1999. Inspired by his childhood on Northern California farms, a brother who works as an organic farmer, and his travels and food experiences throughout Europe, he wanted to find a way to connect people to farmers, the land—and each other.

A resident of Santa Cruz, California, Denevan is also a professional chef, a former model, an avid surfer, and an internationally renowned artist who creates massive sand drawings.

Why He Is Innovative: Outstanding in the Field is all about bringing face-to-face gatherings down to the basics, focusing on good food and, perhaps a radical idea for this day and age, strangers dining together. Its sold-out tours have visited all 50 states plus 15 countries around the world; in 2018, the series drew a whopping 17,000 visitors, its largest number to date, for almost 100 events.

“I just loved the story of food—the backstory, the culture,” explains Denevan. “And I was struck that events in the late 1990s seemed inauthentic in a sense. … I thought there was an opening to try something different that people would be hungry for.”

Work Philosophy: Outstanding in the Field calls itself a “radical intervention to stale dining conventions.” By putting guests in the middle of a farm—or field, or mountaintop—they learn to celebrate and appreciate the source of food.

“The ubiquity of smartphones and how technology is so incredibly effective at taking us away has, paradoxically, created this strong desire to connect face to face,” says Denevan. “People connecting at a common table is always going to be powerful.”

Career Highlight: From the very beginning, Denevan’s goal was never to highlight the chefs. He wanted to focus instead on the origins of food—the farmers, the fishermen, the cheesemakers. As a chef himself, he wasn’t sure how that would be received, but has found that the concept has resonated with the culinary community.

“About three years ago, a chef in Connecticut said, ‘There's two things a chef wants to do today. They want to cook at the James Beard House in New York, and they want to do an Outstanding in the Field Event.’ I love that people genuinely still want to participate as the guest chef,” says Denevan. “There's just so much that can be challenging [in terms of weather and other obstacles,] but the chefs choose to do this and then want to do it year after year.”

Goals for the Future: Creating more international Outstanding in the Field events. “It's only more recently that we can do an event in just about any country and people would actually show up and the event will sell out,” notes Denevan. “Each country has its differences, but they’re not as important as the similarities. People love to sit together and break bread, as the phrase goes, just about anywhere.” 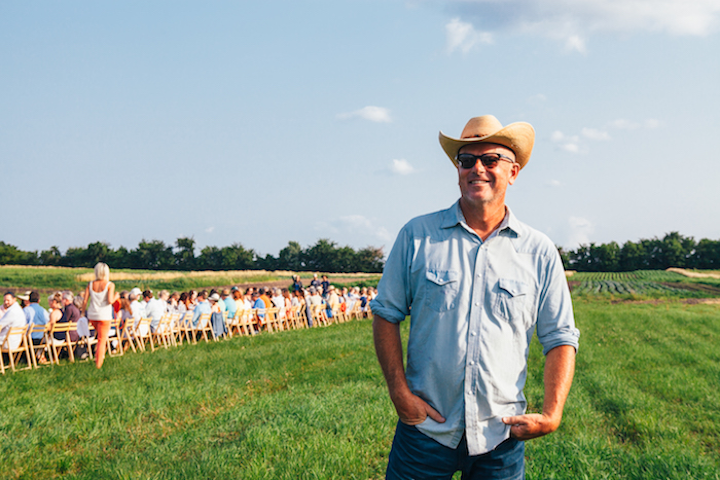 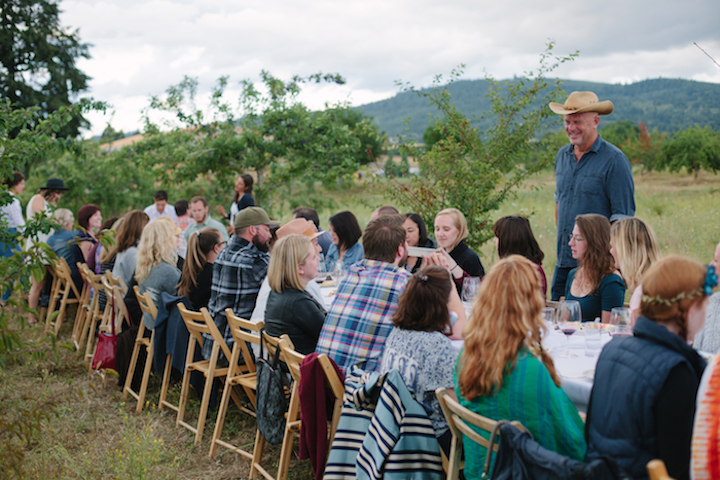 Outstanding in the Field’s pop-up dinner parties are known for their single long table and stunning locations on farms, beaches, mountaintops, and more.
Photo: Melissa Gayle 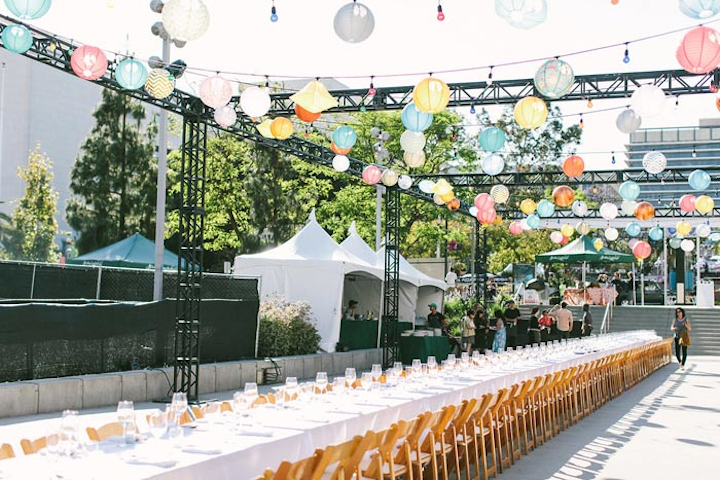 One exception was a dinner during the Los Angeles Times Food Bowl Night Market in May. Instead of a rural location, Outstanding in the Field popped up in the middle of Los Angeles's Grand Park.
Photo: Jennifer Johnson
More in Brands, People