Vanity Fair returned to the Oscar party landscape in a new venue (with better views), a smaller size, and chicken potpies.

Party host and Vanity Fair editor in chief Graydon Carter told reporters last night that he wanted to create a glamorous but cozy party this year, and he achieved the latter with a whittled-down guest list of 650—compared with 1,150 in 2007—in a venue known for its striking views and old-Hollywood cache, but lack of event space. Carter had announced back in November that the party would be pared down, saying, “We’ll celebrate Hollywood’s big night the way we did when we first threw the party 15 years ago—it will be a cozier, more understated event.” (That said, Cityfile noted on Friday that an event permit filed by the mag in West Hollywood listed the head count at 1,000 guests.)

Vanity Fair director of special projects Sara Marks framed the driveway and entrance to the party with backlit images from the “Vanity Fair Portraits: Photographs From 1913-2008” exhibit at Lacma. As in year’s past, the red carpet had grassy accents, among them Oscar-shaped hedges and the Vanity Fair logo encased in greenery. Lighting too played a big role, with logoed gobos and blue and white lights uplighting the hotel. 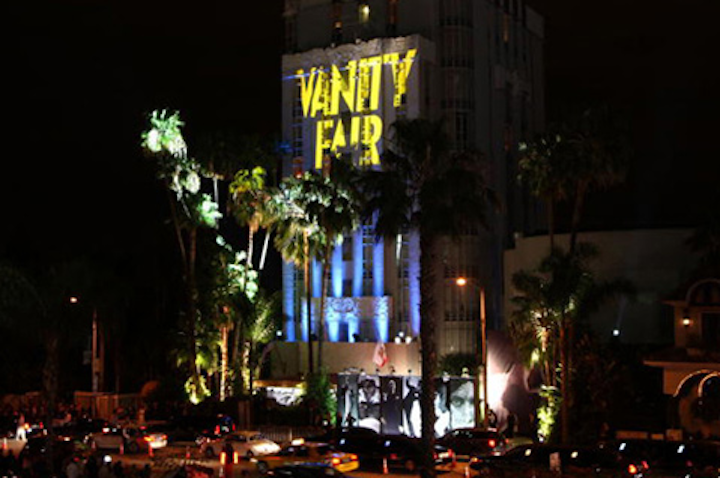 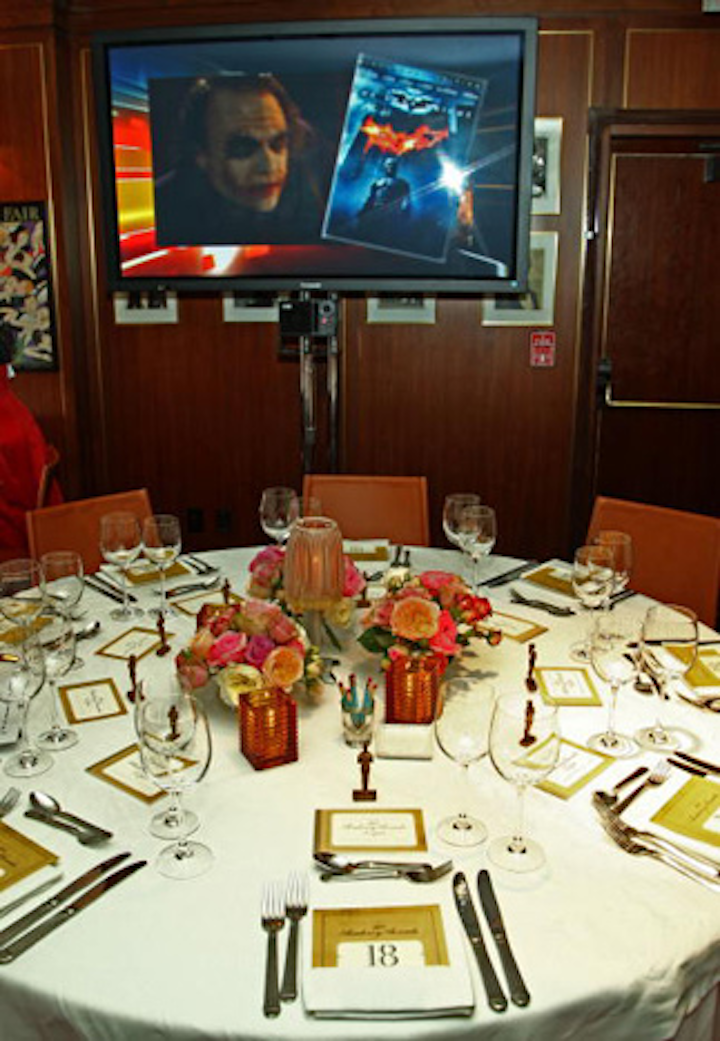 TVs were plentiful during the viewing dinner for 150 guests, which kicked off at 5 p.m.
Photo: Alberto E Rodriguez/Getty Images 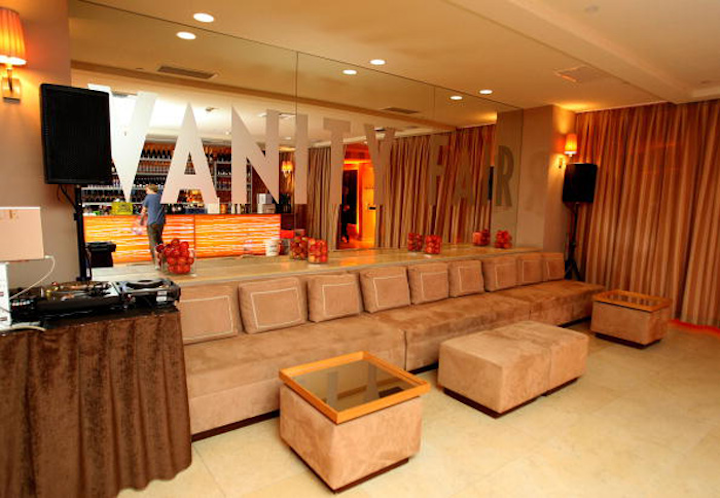 During the after-party, many an A-lister could be spotted posing in the lounge, where a Vanity Fair-emblazoned mirror was the focal point.
Photo: Eric Charbonneau/Getty Images 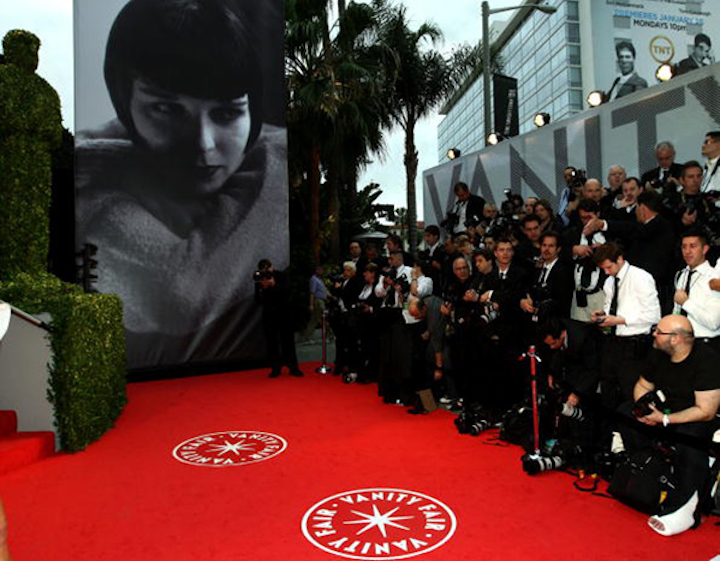 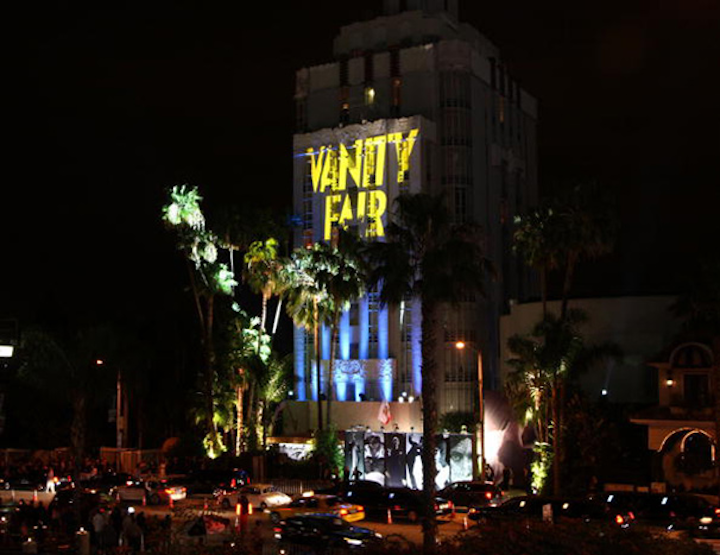 Patrick Woodroffe and Pete Barford lit the hotel in a "classic Deco style," according to the mag, of blue and white lighting.
Photo: Alberto E Rodriguez/Getty Images
More in BizBash Lists